As the market went down, some "gossip" began to circulate in the trading group, causing investor panic.

Among them, two messages spread the most widely: one was that Binance went down yesterday. The reason behind it was that it was hacked and lost 20,000 BTC and 1.7 million ETH. The other is that Binance opened an empty order to compensate for the loss. This has caused Bitcoin to plummet today.

In addition to verifying with Binance, Odaily Planet Daily also verified these two messages from the perspective of objective data.

The Odaily Planet Daily query found that the news about Binance's lost coins was originally from the media "the protagonist is not an assassin . The article also received tens of thousands of views in just a few hours, but the author quickly deleted the article.

It stated that the news was seen by friends and had not been confirmed. "It was found to be unconfirmed and it was deleted immediately." 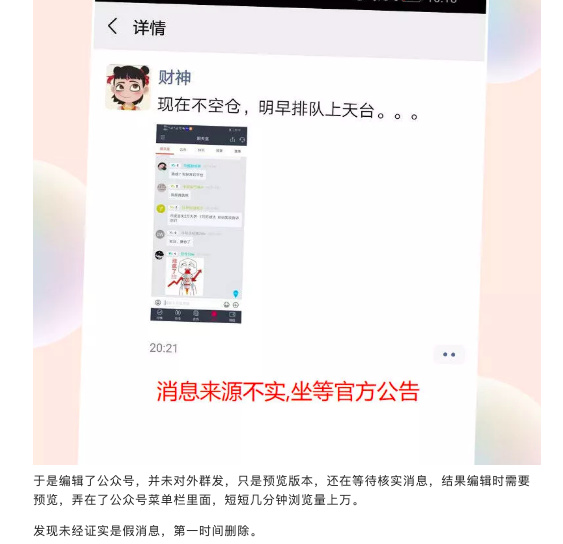 So, has Binance lost money? The simplest verification is to find the data on the chain.

Generally, after a successful hacking attack, the "attack results" will be transferred one or more times in the shortest time, which will also leave "evidence" for large transfers on the blockchain.

However, Odaily Planet Daily's inquiry found that Binance has not experienced a large-scale transfer of funds in the past 24 hours.

The data on the Tokenview chain shows that in the past 24 hours, there was no Binance in transactions with a single BTC transfer amount exceeding 20,000.

Similarly, in the past 24 hours, only one transaction with an ETH transfer amount of more than 50,000 has come from the Bittrex exchange instead of Binance.

According to the contract data, the inflow and outflow of Binance Exchange funds in the past 24 hours are as follows: 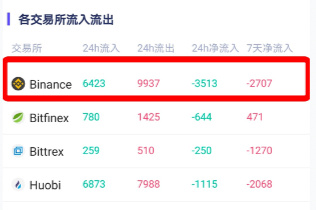 (The inflow of ETH from major exchanges, the picture is from the contract emperor)

Both outflows and net outflows, the two sets of numbers do not match the number of coins lost by Binance rumors in the community. Therefore, we can conclude that there is no high probability that Binance will lose money.

We have also demonstrated another "rumor".

Assuming Binance really lost 20,000 BTC, this morning BTC fell 8%, which also means that Binance must open a 5x leveraged short order to make up for the loss: 20,000 BTC * 5x leverage = total position value of 1 billion USD, this does not include short positions in ETH.

However, the contract emperor data shows that from February 19 until the early morning plunge, the total positions of Huobi, OKEx and BitMex did not increase significantly: from 3.126 billion US dollars to 3.195 billion US dollars, an increase of only 2%. 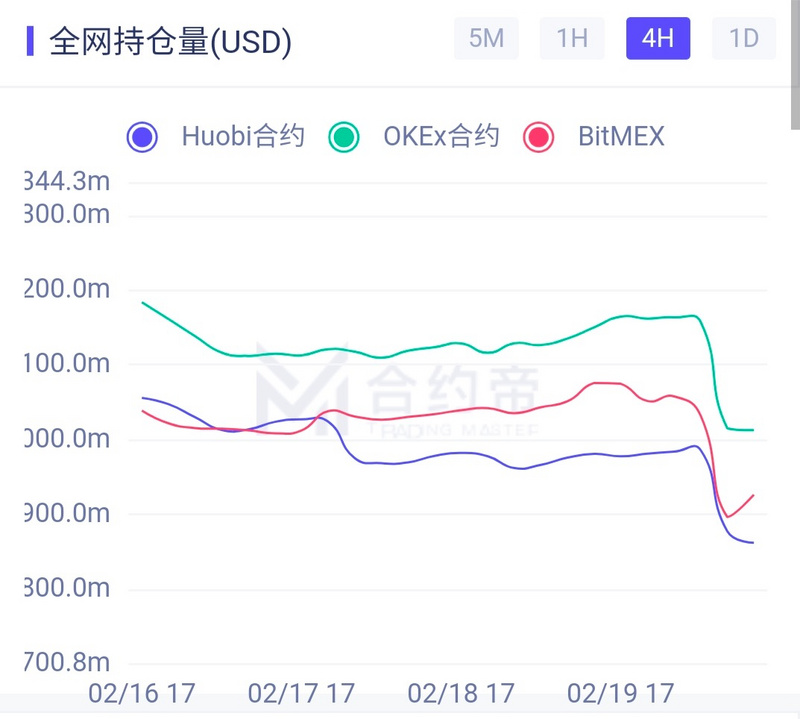 In addition, Binance's own contract positions have been falling sharply since February 19, and there is no increase in positions.

In summary, the argument that Binance opened up to make up for losses is equally unreliable.

Where does the rumor start?

In fact, this "rumor" caught up with a good time: the Binance system was down for maintenance.

Regarding the reasons for the downtime, Binance issued an announcement on February 17 explaining that the market is picking up and transaction demand has increased, leading to increasing Binance visits, but the throughput performance cannot match the demand for a short time, which has caused transaction failures.

Such an explanation is, in our opinion, credible. In January of this year, when we traded on the Binance contract, we encountered a problem that the system delay caused the pending order to not be cancelled. At that time, feedback had been provided.

However, at present, the problem is still not completely resolved. Therefore, a problem facing Binance is how to break through technical barriers as soon as possible.

In addition, many investors are also curious, since it is not the loss of Binance that caused the market to plummet, why is the market down?

The author believes that the decline is largely a result of a long-short game and short-term wins. OKEx trading big data shows that in the past three months, the market's long-selling sentiment has continued to sharpen, reaching a high point on February 18, and the BTC leverage ratio has reached 32.

However, the market will not always be a unilateral market. When long positions accumulate, shorts will find ways to harvest. Today's plunge is largely the result of the bears' use of fake news to suppress the bulls, leading to their retreat.

Although the news of "Bin An Lost" is easier to distinguish between true and false, for investors who do not know the truth, it can easily cause panic. Panic is the strongest weapon for bears. The same technique has been tried and tested in the stock market.

The stock market disaster in Hong Kong in 1973 originated from three fake stocks, but eventually triggered waves of selling. The Hang Seng Index plunged more than a thousand points overnight from a high of over 1,700 points, making many people lose their homes.

The Odaily Planet Daily also reminds investors to control their positions reasonably and use leverage carefully to prevent the black swan incident in the currency circle.

The blockchain platform Algorand test network is open to the public

The bitcoin community has a big brain, only because the smallest unit Satoshi needs a symbol.

Data show that the broader market continues to fluctuate, and the platform token performance is eye-catching