With the advent of 2019, the youngest of the millennial generations have grown into adulthood. The so-called millennial generation refers specifically to young people born between 1980 and 2000. Compared with their parents, millennials are more independent and confident, especially Chinese young people who have just grown up in the rapid development of China's reform and opening up, have caught up with the good times.

The most important thing is that young people grow up with the formation and development of the Internet. They are active in thinking and are keen on new things, especially high-tech acceptance, universal acceptance, social, consumption and lifestyle. Of course, there is no cryptocurrency.

The V god who shouted "We are the god of the new world, the destroyer of the old world" is a millennial generation. V God was born in Moscow in 1994. Later, he immigrated to V God of Canada, and his talents have long been revealed. Oh,

In 2010, the 17-year-old Xiao V God indulged in the game. At that time, the most famous game was World of Warcraft. One day, Blizzard decided to remove the damaged part. His siphon magic was all shattered. V God was very sad. However, He quickly adjusted. Since then, he has planted a seed for his suspicion of centralized services.

Time came to 2011, he stepped into the field of cryptocurrency, when there was only bitcoin, his enthusiasm for encryption technology, published a lot of bitcoin articles during the period, and even got a lot of bitcoin rewards, his confidence In the same year, Bitcoin Magazine was founded as the leader in cryptocurrency publications.

In the following years, V God continued to study encryption technology. At the end of 2013, the first white paper of Ethereum was released. In July 2014, “Ethereum” was launched to raise funds for the sale of Ethereum. At that time, each bitcoin could be exchanged for 2000 pieces of Ethernet. currency.

The result was a big sensation, selling more than 7 million Ethereums in 12 hours, and a 42-day crowdfunding, which enabled the Ethereum team to raise $18.4 million.

Interestingly, the young V God also came to China to find the currency circle to seek investment. Most people think that V God is not reliable. It is the only exception is Shen Bo. Through understanding, V God has invested a small amount of V. God is not discouraged, has always recommended the development of Ethereum, the community doubts are still constant, even if Ethereum went online, not many people are optimistic, due to the dao theft, Ethereum emergency fork, since Ethereum has become the original chain ether Classic and Ethereum.

At that time, there was a saying in the square about Ethereum: "In the long run, it is worthless."

With the boom of ICO in 2017, Ethereum has become a fragrant scent, and its market value is second only to Bitcoin. The name of V God is deeply rooted in the hearts of the people.

The financial predators are not so keen on cryptocurrencies, and can even be described as hateful. The most famous one is the "stock god" Buffett.

Defender of the old world

Buffett’s running on Bitcoin is basically an annual rhythm. In February of this year, Buffett said in an interview with CNBC: "Bitcoin has no unique value at all. It is basically an illusion."

"Bitcoin attracts scammers. If you go to the street and sell something to lie, no one will buy it, but if you enter Wall Street, you will have a lot of money to come in."

Buffett’s aversion to cryptocurrency has been around for a long time. In 2014, when most people still didn’t know what Bitcoin was, Buffett had already started to attack Bitcoin. In an interview with CNBC, he advised everyone to stay away from Bitcoin: it basically It’s just a phantom, a way to transfer money. The idea that Bitcoin has great intrinsic value is a joke to me.

When Bitcoin was more than $100 in 2015, Buffett compared Bitcoin to rat poison.

Then in 2017, Bitcoin rose sharply. The reporter asked him again that Bitcoin had risen from more than 100 US dollars to more than 9,000 US dollars. What do you think of this? Buffett replied: "It may be the square of the rat medicine." 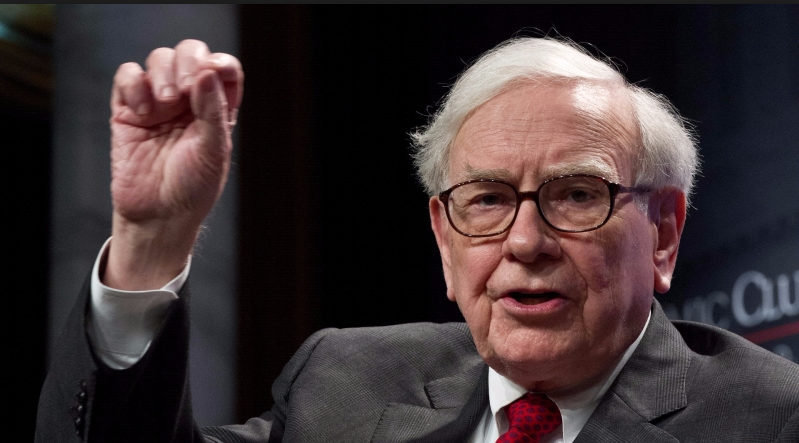 In November 2017, Buffett published in Forbes magazine that Bitcoin can't create value, it is a “no-floating bubble”. “It doesn’t mean anything at all. It’s outside of regulation and outside of control. No matter whether it is the US Federal Reserve or other central banks, it can't be monitored. I don't believe it at all. I think it will collapse completely sooner or later."

At the Berkshire Shareholders' Meeting in 2018, Buffett once again expressed his dislike of Bitcoin: "The final result of the cryptocurrency will be bad because they did not produce any value associated with this asset. The value depends on more people entering the market, and then the holder sells to the picker at a higher price than the purchase price.

"Bitcoin attracts scammers. If you go to the street and sell something to lie, no one will buy it, but if you enter Wall Street, you will have a lot of money to come in."

Coincidentally, quantum fund co-founder Jim Rogers is not optimistic about bitcoin, but believes that banknotes will be replaced.

Many Wall Street giants are now announcing entry into the digital cryptocurrency sector. For example, the New York Stock Exchange parent company Intercontinental Exchange is developing an online trading platform that allows institutional investors to buy and hold bitcoin. Investment bank Goldman Sachs also officially started Bitcoin. Trading business. However, Jim Rogers has not done any related transactions, he said, "People have learned from the past few thousand years that there is always something popular in the commodity market, no matter what you sell, if you are a good businessman, you will You can earn money. But will this phenomenon last forever? No, people used to trade eggs and trade butter very actively in the market. Now the digital cryptocurrency is very active, but it doesn't mean it will be active forever."

Although not optimistic about Bitcoin, Jim Rogers believes that in the future banknotes will be replaced, money will be transferred on the Internet, one reason is that "the government does not like banknote printing, the cost of transporting and managing banknotes is also very high. With the technology Development, coupled with government support, will happen in the future… The financial industry is likely to change because of the blockchain, but whether the digital cryptocurrency will survive is another problem."

For this trend, Jim Rogers believes that "people in the digital cryptocurrency industry may say 'we are smarter than the government', but the government as a regulator will say 'whether you like it or not, this is the answer.' For example, Jim Rogers said that more than a hundred years ago, people used the "legal currency" they wanted to trade, such as shells, gold coins, paper money, cattle, but in the 1930s, the British government said that if not used by the Bank of England When the issued banknotes are traded, they will be guilty of treason, which makes the banknotes issued by many banks disappear. Jim Rogers said: "People who manipulate digital cryptocurrencies may indeed be smarter than us, but once the government wants to regulate digital cryptocurrencies, they will be able to do it."

Why do financial predators do not like cryptocurrencies such as Bitcoin? The main reason is that they have no reason to like it. Whether Buffett or Rogers is the richest person in the world. They must firmly control the current financial landscape, as long as the world is still operating in the current way, and they will be more and more rich.

The cryptocurrency and blockchain need not be defined by authoritative people. There will always be evolution along the historical rules. No matter whether you are optimistic or not, it will not affect development. However, it is certain that the future belongs to young people, at least for the next 30 years. The right to speak to the world pattern in the year belongs to the millennial generation. Their likes and dislikes determine the popularity and value. Once they are recalcitrant, they are rejected by the world trend.

A survey of venture capital firm blockchain capital found that only 2% of Americans own Bitcoin, but 4% of Millennials own Bitcoin, with a higher male ratio of 6%. Moreover, more than 50% of the Millennials surveyed believe that Bitcoin is a positive technological innovation, and more than 25% believe Bitcoin is safer than banks.

The Financial Times article argues that there are at least two reasons for Millennials to prefer Bitcoin.

First, cultural factors: Encrypted digital currencies like Bitcoin are not subject to any regulatory restrictions, and this high risk is inherently attractive to millennials. Moreover, millennials are usually more financially stressed than their parents' generation. The article quotes a young man as saying: “Young people like me don’t have the money to invest, so they are more likely to invest in things that have a chance to get a huge return. (And) we don’t have to raise a family or pay back, so we can take on these risks. Bigger gambling."

The second is to miss the phobia: that is, the fear of missing a big opportunity. Of course, this is the reason behind every bubble. People buy because they are afraid of missing, not because they are particularly optimistic after rational analysis.

It can even be said that the field of cryptocurrency is the market for young people to carnival.

V God, Wu Jihan, Zhao Changpeng, Li Lin, etc. are all in the millennial generation, making important contributions to the cryptocurrency and will continue to be active in the blockchain field in the future.

Bitcoin is the chip of the table and the other young people's big table on the table when the Internet dividend has been cut off by the giants. Although it is too early to say this, it will come one day.

Even if Bitcoin fails as a social experiment, the prospect of the blockchain cannot be underestimated. It is a subversive revolutionary technology of the Internet infrastructure. 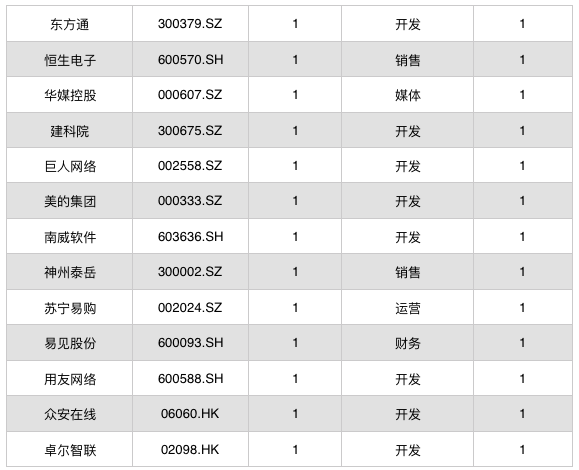 South Korea Exchange Upbit will suspend BCH replenishment service at 17:00 on May 14

US Department of Homeland Security pays $143,000 to an Austrian company to develop blockchain security technology