In the past week, while the impact of the bZx hacking protocol vulnerabilities on the profits made by hackers has not subsided, the cryptocurrency field has encountered two major "Fcoin thunderstorms" and "Bitcoin whale lost thousands of bitcoins" Disaster event. Once the online celebrity exchange, even FCoin, which was able to perform PK with OK, Huobi and Binance, actually "collapsed". It is estimated that the Bitcoin of tens of thousands of users could not be redeemed, becoming the largest one encountered by the cryptocurrency industry in 2020. " "Deepwater bombs" are reminiscent of the "Mentougou" incident of that year. Coincidentally, the bitcoin whale, which was the second largest creditor of Mentougou, once suffered the collapse of Mentougou. It lost more than 1,000 bitcoins and tens of thousands of bitcoin cash, and was planted twice in the currency circle.

On February 22, a giant whale named “zhoujianfu” on the Reddit forum disclosed that he had just lost 1547 BTC and nearly 60,000 BCH, and is currently worth nearly RMB 260 million. The founder of Bitcoin Builder, Josh Jones, is also one of Mt.Gox's largest creditors. The topic of how cryptocurrency users can securely store their own coins is once again hotly debated.

On the evening of February 17, Zhang Jian, the founder of FCoin, announced the "FCoin Truth", and frankly, due to internal and technical issues, FCoin's platform could not be redeemed. A bomb detonated in the crypto community, and even caused some linked platforms to suspend service. Thousands of users suffered heavy losses overnight and seemed overwhelmed. FCoin's thunderstorm led to the end of this new exchange that was once expected to compete with the three major exchanges. The end of FCoin also makes the circle begin to reflect, and industries without supervision have no future.

On the evening of February 23, the People's Bank of China officially released the Financial Industry Standards for "Specifications on the Security of Financial Distributed Ledger Technology", which is applicable to institutions engaged in the construction of distributed ledger systems or service operations in the financial field, and provides large-scale applications for distributed ledger technology. Business support capabilities and information security risk constraint capabilities have a benign promotion effect on industrial applications. However, blockchain technology is still in the early stages of development and many issues have not yet been resolved. Therefore, the Digital Currency Research Institute of the Central Bank stated in the latest research that it is currently not recommended to transform traditional payment systems based on blockchain.

IRS proposes to strengthen tax oversight in the cryptocurrency sector

The new crown "war epidemic" has not ended, and the blockchain has not withdrawn. More blockchain applications are being supported. With the decline of the epidemic, various industries are back on track, and blockchain-based application platforms provide security for enterprises to resume work and resume production.

In 2020, Ethereum will not only have 2.0, but also welcome ProgPow. Although V thinks that after Ethereum welcomes PoS, ProgPoW will appear redundant and there is no need to consume resources. But Ethereum PoS does not have a clear date after all, and Ethereum core developers seem to want to implement ProgPoW in the short term.

Vitalik Buterin: Ethereum 2.0 will focus on Phase 0 development this year, and the PoS network will go live this year

The crypto division of financial giant Fidelity has begun to expand its investment in crypto companies, and now has a $ 14 million stake in the operator of the Hong Kong crypto exchange OSL. Cryptocurrency derivatives exchange Deribit has also completed a new round of financing, with a valuation of more than $ 100 million.

Blockchain and artificial intelligence company "Light Tree Technology" received tens of millions of RMB in Series A financing, the investor is Yanfeng Qiyun

Now that there are about 3 months left before Bitcoin halved, there is no doubt that miners are most affected by the halving. If the price of Bitcoin is still at the current price level after halving, this will cause huge losses to the mining . If Bitcoin continues to stagnate, then this panic may worsen with the halving, and mining may be facing its biggest turning point in years.

The emergence of Lightning Loan seems to be continuously exposing potential security issues in the DeFi industry. This week, new research indicates that the 700 million US dollars of assets locked by MakerDAO are at risk of stealing, prompting project parties to conduct emergency voting upgrades. Although the emergence of Lightning Loan and the bZx attack revealed that the DeFi industry still faces hidden security issues, this is the only way for DeFi to mature.

Get hundreds of thousands of dollars through "DeFi Lego" in 15 seconds. Will "bZx Incident" become the starting point of the new stage of DeFi?

Sweden took the lead and started testing the central bank's digital currency, and it is even expected to become the first country to eat crabs. In 2020, the central bank's digital currency has received great attention, and important progress is expected, and it is even expected to see the birth of the first central bank digital currency. Libra is also developing steadily. The initial development path seems to be too aggressive, which has led to regulatory resistance. Now Libra seems to intend to start with the US dollar and anchor a single currency, which may make Libra's road more stable.

Halving = new high? Many people are predicting whether the upcoming halving of Bitcoin will drive the market up. But one thing is certain, the black swan incident on the market can always change the trend. No matter what predictions you make, unexpected things can change everything. For example, Binance suddenly performed temporary maintenance, which led many people to speculate that a coin loss event occurred, and the market immediately dived. Prediction is easy, but in the end Bitcoin will only take time to tell us.

Analyst: Bitcoin inflation will be lower than most central banks after halving, and its price will easily rise to $ 200,000 in two years

USDT issued 1.94 billion in the past two months, with strong spot buying 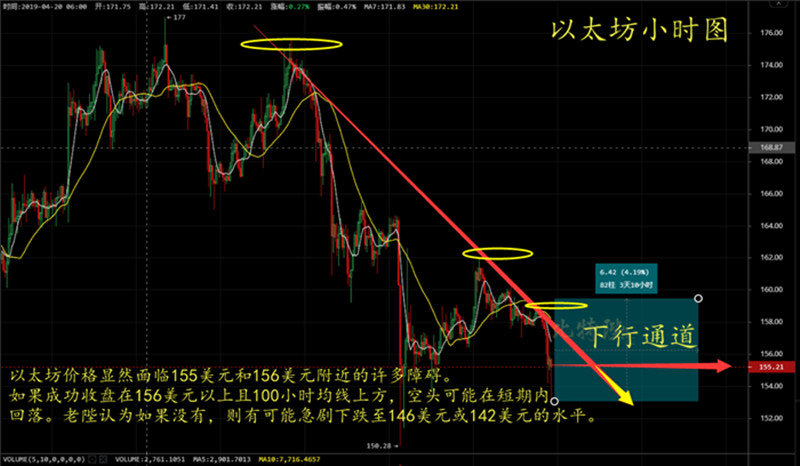