Affected by the spread of the epidemic, global stock markets and oil prices fell sharply yesterday, experiencing a "Black Monday".

The Japanese stock market, which was closed yesterday, also ushered in a fall today. The Nikkei 225 index opened down 4.48%. 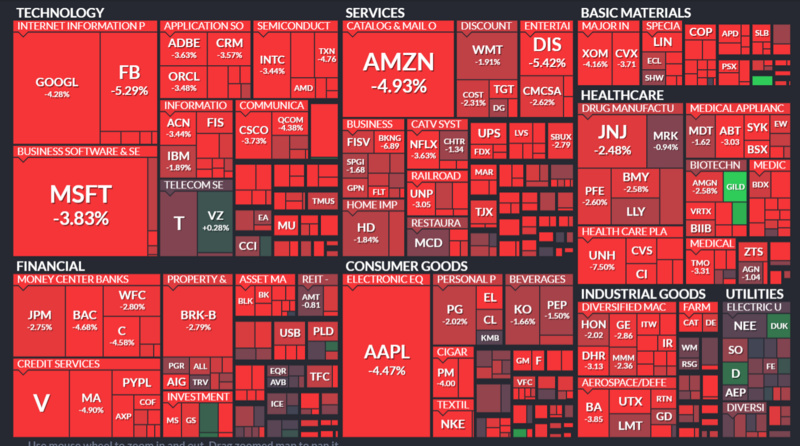 Compared with the bleak stock market, gold is sought after by investors as a safe-haven asset. Data from the New York Mercantile Exchange showed that gold futures continued to rise yesterday, once approaching the $ 1,700 / ounce mark and falling to a 7-year high ($ 1691.7); since this year, the cumulative increase in gold prices has reached 8.3% and has risen by 5.3% in the past two weeks alone. . 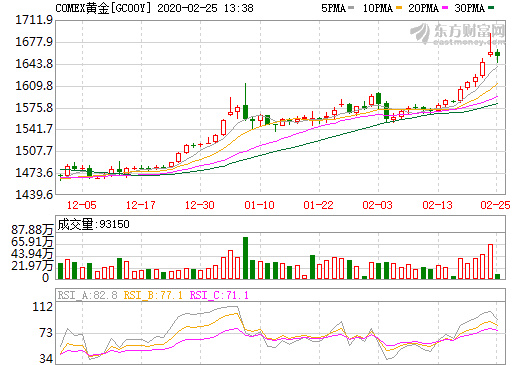 Compared to the strength of gold, bitcoin, which was once regarded as an "emerging safe-haven asset," has not performed satisfactorily recently.

BitUniverse data shows that in mid-February, the price of bitcoin broke through the $ 10,000 mark and reached a maximum of $ 10,500 on February 13; then the price began to fall and was once as low as $ 9,320; in the past two weeks, the price was always at 1 A wide range of shocks remained near the US $ 10,000, with limited upside potential.

Bitcoin has a "hedging" nature and lacks long-term data support, but it has left this "impression" to the public early.

The reason most people hold this view is because of the following: Bitcoin's total amount is fixed, and it is a deflationary model, as scarce as gold; both have experienced a surge in demand in extreme economic environments; Hedging properties, so Bitcoin also has hedging properties.

Such considerations seem to make sense, but ignore some issues.

The first is that the hedged property requires lower volatility of assets. The first demand for hedging is to maintain value (not to add value) . Gold, silver and other precious metals perfectly meet the traditional financial hedging needs. In contrast, Bitcoin is very volatile, even more so than traditional stocks.

"Bitcoin has tripled in the first half of 2019, and has fallen by nearly 50% in the second half of the year. Its volatility is absolutely the highest in the world. No fund manager can take bitcoin as a safe-haven asset investment. Even if it is invested, it is also an alternative Investment. "Li Lianxuan, a senior researcher at Eurotech Group Institute, told Odaily Planet Daily.

Second, the development time of Bitcoin is very short, and its impact on traditional finance is far less than expected. At present, the total market value of the entire crypto market is less than 300 billion US dollars, and the market value of Bitcoin is only more than 170 billion US dollars. The crypto market is too small to bear the hedging needs of traditional financial massive funds.

"For mainstream institutions in the global financial circle, gold is a mainstream recognized safe-haven asset. BTC is still a safe-haven asset recognized by the currency circle. Although it is slowly being recognized by some mainstream financials, the proportion is still very small. A large number of Funds have not poured into the digital currency field. This is a long process and cannot be achieved overnight. "Said Li Zhe, a partner of Clipper Coin Capital and ambassador of the Conflux community.

However, OKEx analyst Iwamatsu believes that it is not appropriate to simply classify Bitcoin as a "non-hedged asset", which is more like the intersection of a hedged asset and a risky asset.

On the one hand, Bitcoin does have certain hedging needs, which can be perceived from a series of events last year. In the first few weeks of June last year, bitcoin and gold both surged due to trade wars and other reasons; the "US-Iranian crisis" at the beginning of this year also caused bitcoin and gold to surge again.

On the other hand, Bitcoin is still immature as a safe-haven asset, and it is easy to show differences in the medium term. In June last year, after hitting a high of $ 14,000, Bitcoin dropped 30% to $ 10,000. But during the same period, gold has remained above $ 1,500 per ounce. It also shows that Bitcoin is not a mature macro asset class.

In addition, "the international events that Bitcoin reacts to" shows randomness, and not "hedging" works every time. For example, bitcoin has not been as sought after with gold recently, which is also related to the mood of market traders and the degree of market participation.

"It is a paradox to say that Bitcoin is a safe haven because it is a very high-risk asset class." Yoni Assia, CEO of EToro, previously stated that

"Bitcoin can be used as an alternative stored-value tool, but it is not a safe-haven asset."

How about the market outlook?

After the short-term "hedging" attribute expires, the question that most attracts investors in the currency industry is, where will cryptocurrencies such as Bitcoin go?

Odaily Planet Daily interviewed a number of analysts on this issue. Overall, it is still optimistic, but there are also downside risks in the short term. Investors should control their positions.

Li Lianxuan said that due to the expected halving of Bitcoin, Bitcoin's upward trend in the next two to three months is still the main trend. "In any financial market, the trend of asset prices always consists of a series of peaks and troughs, and it is impossible to keep rising in a straight line. According to Dow's theory, the main trend of Bitcoin is still an upward trend. Yesterday, Bitcoin A slight decline can only prove that the bitcoin market has entered a minor or short-term trend. If it is a minor trend, bitcoin may retrace about 1/3 or 2/3. If it is a short-term trend, the decline will end in a day or two . But I don't think users in the currency market need to worry about the magnitude of the pullback, so our investment is focused on the main trend. "

Yan Song believes that the Air Force has clearly dominated in the past two days, and the purchase order is seriously insufficient. The bitcoin price may test the previous support level of $ 9,150 and the February 19 low of $ 9,350. However, the daily MA60 near the 8900 USD is still running upwards, and it is difficult to see the possibility of the currency price falling.

"The RSI on the daily line has fallen to the middle line of 50, which is not a positive signal. The RSI on the hourly and daily lines are far away from their MA50, showing weak signals. In addition, we can see from the big data of OKEX trading, The ratio of long and short positions in BTC is still above 2.2, and the current proportion of multi-arm positions is higher, which makes us pay more attention to the threat posed by Bitcoin's downside. "