In response to the launch of this important specification, Interlink Pulse interviewed experts involved in drafting: Professor Chen Zhong of Peking University, Professor Cai Liang of Zhejiang University, and the blockchain technology products of the standard science and technology unit's innovation technology business department of JD.com Zhang Zuoyi, the person in charge of innovation, in order to know the impact of the specification on the blockchain field. Inter-chain pulse: This specification is called "the first blockchain standard in the domestic financial industry." How do you view the impact and significance of this specification on the blockchain field? What kind of development opportunities will the industry bring?

Cai Liang: Standards are not necessarily the latest or cutting-edge, but standards must be the consensus of most people. The first blockchain standard in the domestic financial industry is positioned as a security field, which shows that the blockchain characteristics that many practitioners care about and pay attention to are security, while autonomous controllability is exactly the cornerstone of security. I think this standard is a positive signal for the development of blockchain. First of all, this standard requirement represents the central bank's recognition of the application value of blockchain in the financial field. On the other hand, this specification can also promote other industries to regulate blockchain. The importance of formulation has helped the healthy development of our national blockchain industry.

Zhang Zuoyi: The release of this standard by the central bank is a landmark event for the entire industry. Why do you say that? We all know that the emergence of any new technology has a process of small-scale application to large-scale expansion, from non-standard to standardized. The role of the standard in this is to standardize, indicate the direction, and specify the requirements. These requirements were not conceived from the brain, but accumulated through the long-term exploration of the entire industry. They were also summarized and refined by the central bank and other leading departments on the basis of comprehensive experience and technological development of various parties. It can be said that the release of this standard is not only in the district The determination of the leading edge in the development and application of block chain standards is also a new opportunity for practitioners in the domestic financial industry and the block chain industry. "With the same text and the same track", with the standard block chain, there will no longer be only brutal growth. , There will be more consensus and cooperation foundation, which is of great guiding significance for the blockchain to further connect the digital world and achieve interconnection and interconnection with each other.

Interchain Pulse: What impact do you think this standard will have on companies involved in blockchain finance in the current industry?

Chen Zhong: At present, domestic blockchain business applications are being carried out in an orderly manner. At the beginning of 2019, China began to promote the registration and filing of blockchain information services as a standardized management measure for the development of the blockchain industry. The release of "Technical Specifications for Financial Distributed Ledger Technology" has further provided guidance and support in terms of technical standards for enterprises developing blockchain applications in the financial direction, which can be said to fill a gap. It will have a direct impact on the development and application of blockchain companies in this field in the future, as well as the development of blockchain pilot demonstration services by financial institutions.

Cai Liang: The development of digital currency is affected by many fields such as monetary finance, computer science, and economics. The issuance and implementation of this standard helps financial institutions to deploy and maintain systems in accordance with appropriate security requirements, avoiding security shortcomings, providing business assurance capabilities and information security risk constraint capabilities for large-scale application of distributed ledger technology, and industrial application. Form a benign promotion. Starting from the blockchain technology itself, since the blockchain technology is an excellent infrastructure for carrying digital currencies, financial institutions such as banks are bound to increase their research and application of blockchain technology.

Zhang Zuoyi: China has only one legal digital currency, that is, the DCEP being promoted by the central bank. DCEP can be simply understood as the digital currency version of RMB. With the introduction of this standard, we believe that the implementation of DCEP will be more favorable and smoother. It is for financial institutions in the digital currency operation link to be able to build a blockchain network in accordance with unified standards and specifications to ensure the realization of the financial-grade security effect of the blockchain. The standard actually laid a good foundation for the successful implementation and large-scale use of DCEP. It is a very forward-looking and important implementation measure.

Inter-chain pulse: Most of the current blockchain standards are technical standards. How will they be implemented in blockchain products in the future?

Chen Zhong: Products and technologies in FinTech are closely linked. As a technical standard, they will play a positive role in promoting the implementation of blockchain products. However, there will also be non-technical factors in the application of blockchain, which need to be promoted through management measures such as laws, regulations, rules and regulations, and industry regulations.

In addition, relying on a current standard alone cannot fully support the implementation of blockchain products. In the future, more industry collaborations and series of standards and specifications will be needed to further promote the application of the industry. It is hoped that the pace of standard formulation in this regard will be faster and further integrated with the actual needs of the industry.

Cai Liang: Standards guide the development of products. At the same time, blockchain products will also affect the iteration of standards. Essentially, products and standards affect each other. Based on the application products derived from the blockchain, practitioners need to consider designing products that are more close to current user habits and experiences based on technical standards, and gradually form the specifications of blockchain products.

Zhang Zuoyi: Technical standards are the foundation. Maybe everyone feels that the technology is very large and far away from us. In fact, the technology is with us. First, we must lay the foundation through the technical standards. Setting up and running steadily is an inevitable law for the objective development of things. After the foundation is laid, the next important issue for blockchain products is to connect the existing digital world, and the digitization of the existing world itself is a gradual and progressive process by industry and field. In this process, Blockchain must combine its own technical characteristics with the pain points of governance and synergy in the digital world, truly play the role of blockchain technology, solve practical problems, reduce costs, increase efficiency, improve user experience, assist supervision and collaboration, and achieve Continuous value is a very important task for blockchain products. 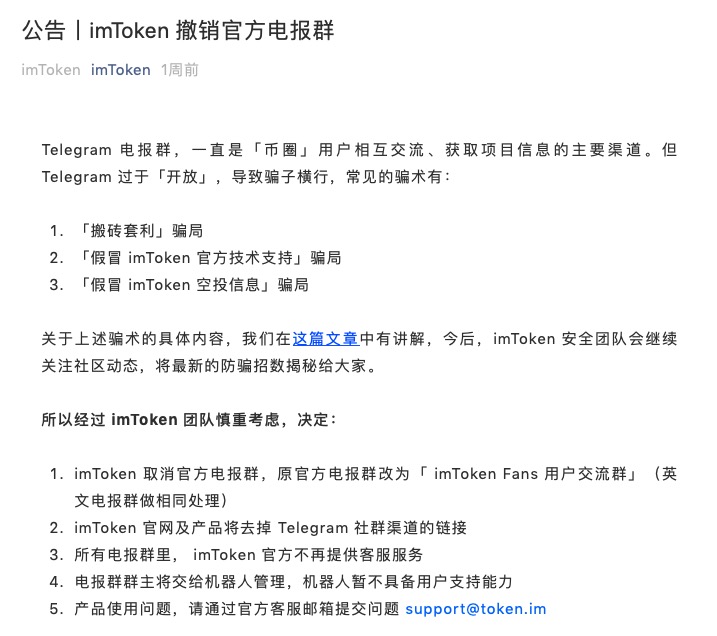 "Ant Blockchain Live Broadcast Conference" is about to be held, scan the code into the crowd to watch!