"Does the company have any digital currencies participating in the central bank?"

Recently, on the platform of Interactive Exchange and Shanghai Stock Exchange, issues related to the exploration and development of the digital currency field of various companies have been frequently mentioned.

Based on the information of the listed company's interactive platform, the company's related announcements, and the company's patent information, the mutual chain pulse found that more than 20 companies have entered the central bank's digital currency industry chain, and sorted it out as follows: From the perspective of the operation process of the central bank's digital currency, the beginning of the industrial chain is the central bank, and this part will be mainly self-researched and self-built. Following the "two-tier investment and operation system", the second layer is the four major commercial banks of China Industrial and Agricultural Construction , which will assume the responsibility of providing digital currency to the public. At the same time, its IT system needs to be transformed and upgraded, and enterprises will participate in this link.

In addition, the three major telecom operators of China Mobile , China Telecom and China Unicom will also participate in this link. According to "Finance", in the previous legal digital currency pilot work, in the choice of experimental cooperation mode, some banks tend to cooperate with telecommunications operators, and some banks tend to independently pilot. Banks that choose independent pilots tend to choose the wallet APP method; under the mode of cooperation with operators, operators tend to promote their own wallets and combine them with SIM cards.

The pulse of each other's chain is combed. The listed companies that may participate in the above links are Huawei, National Technology, Changliang Technology, and Xinchen Technology.

National Technology said in a response from the interactive platform in October 2019 that the company's RCC technology can support the application of digital currencies in a specific environment. In the near future on February 13, it was further proposed that the company will actively grasp the country's development plan for digital currency and blockchain in the future and make due contributions to the development of the industry.

Everbright Technology started from the bank's core business system and currently serves many bank customers, or may participate in the transformation of the bank's core system. Just yesterday (February 25), Changliang Technology stated on the interactive platform that the company has conducted normalization research and technical preparations for the central bank's digital currency, and established a project organization on blockchain.

In response to the question "how much influence does the central bank's digital currency have on Changliang?" Based on the substitution of digital currency for M0, we initially judge that core business systems and payment systems need to be transformed or newly built.

Xinchen Technology may participate in the transformation of banking equipment. Its current business involves financial mobile business terminals, financial IC cards and so on. In September 2019, in response to a series of questions from investors asking whether the company has research or layout of digital currencies, Xinchen Technology responded that the research and development direction and application areas of the company's blockchain technology can be applied in this field, but The company will strictly implement the relevant national regulations.

The pulse of the mutual chain combs the information published by listed companies on the interactive platform. Currently, there are 3 listed companies that can participate in the research and development of the digital currency wallet of the central bank.

In addition, in response to the interactive platform on February 14th, "I have signed a cooperation agreement with the Bank of China Bank of China Bank of China Credit Card Hangzhou Blockchain Research Institute. It is reported that your company is already discussing and contacting specific cooperation matters? Where has it progressed? Is it contacted to participate? When it comes to the other party ’s digital currency project? ”Feitian Integrity stated that it is still in the process of cooperation. If the specific business meets the disclosure standards, the company will disclose it in a timely manner.

It is understood that this cooperation between Feitian Integrity and China Banknotes Credit Card Industry Development Co., Ltd. Hangzhou Blockchain Technology Research Institute began in December 2019. The two parties cooperated in the technical field to build a new business in the field of blockchain applications.

At the same time, the mutual chain pulse is concerned that, in September 2018, Feitian Credit released a digital currency hardware wallet product in the United States. In this area, considerable technical reserves have been established and implementation has been achieved.

On the other side, Kelan Software has also obtained patents related to digital wallets. In December 2019, Kelan Software stated on the interactive platform that the company had obtained software copyrights for Kelan Mobile Wallet System V1.0 and had digital wallet related R & D and technology reserves can support digital currencies.

At the same time, Kelan Software cooperated with the Third Research Institute of the Ministry of Public Security and Huawei Wallet-based eID Ecology to complete the research and development of Kelan eID witness ID network authentication platform products. The digital identity security application system is also of great significance for the secure use of digital currency wallets.

Recently, on February 17, Kelan Software further stated on the interactive platform: In the field of digital currency, the company is more focused on the application level, such as digital wallet support for digital currency.

In addition, Netac Technology , which specializes in flash disks and flash memory applications, has also disclosed that it has obtained two digital currency related patents, one is a design patent "flash disk (cold wallet), and the other is an invention patent" digital currency. "Wallets, transaction methods, transaction systems, and computer storage media" have corresponding explorations in digital currency wallets.

When digital currency comes to the circulation end, it enters the payment link. At this stage, companies have the opportunity to participate in the transformation of payment systems and payment equipment. The statistics of the inter-chain pulse statistics may include Tencent, Sifang Jingchuang, Aoma Electric, and Lakala.

In fact, Tencent has previously proposed its own solutions in business scenarios related to digital assets, and has made relevant preparations in supporting digital currencies in mobile payments.

In terms of the transformation of the payment system, Sifang Jingchuang is particularly worthy of attention. When it responded to the investor ’s question and answer in November 2019, it said that “dual offline payment” is a method in which both parties of income and expenditure can implement the transfer function without a network. Payment methods; the company has the ability to develop similar payment methods. And "dual offline payment" is exactly the central bank's clear requirements for digital currencies.

In addition, Sifang Jingchuang has publicly stated on many occasions that it has actively researched and explored the technology and applications in the digital currency field. And operating experience "; in a recent interactive platform response, said that" actively make relevant technical reserves in the fields of digital currency and blockchain … contribute their own power to the development of the national digital currency industry. "

At the same time, the company and Huawei jointly released the distributed open platform solution "Fincube". It is reported that "Fincube" has the ability to provide financial institutions with a variety of financial services, including digital currency, technical support.

Sifang Jingchuang also applied for a patent "Identifier-based wallet private key management method and device and system and storage medium" in September 2019. The main purpose of this patent is to reduce the risk of losing the private key and simplify the use of the wallet.

Omar Electric revealed in 2018 that the company participated in the prototype design of the central bank's digital currency. At the same time, Interchain Pulse noted that Digital Qianyuan Technology Co., Ltd., a wholly-owned subsidiary of Aoma Electric, applied for 5 digital currency related patents in 2018, including "digital currency-based virtual credit card transaction methods and systems", "based on "Blockchain payment systems and methods" patents are related to the field of payment.

In addition, as a third-party payment company, in January 2020, Lakara stated on the interactive platform that the company has been continuously monitoring and researching the progress of digital currencies. It is possible to participate in the digital currency payment link of the central bank.

As for the transformation of payment equipment, the companies that may participate in it are Yuyin Co., Ltd., Guangdian Express, and Julong Co., Ltd.

Royal Bank 's main product is ATM self-service equipment, which provides self-service banking equipment and overall solutions for the financial industry. On February 17, the interactive platform replied "Residents purchase digital currencies to trade on ATMs. Does Yuyin have relevant technical reserves or prototypes of related equipment? Does the company have a long-term cooperative relationship with Shenzhen Construction Bank and whether there are related supplies?" Intention? ", Yuyin Co., Ltd. stated that the company has relevant technical reserves, and whether the sales can be realized depends on the actual needs of the bank.

In addition, in October 2018, Guangdian Express applied for a patent for the appearance of a "digital currency self-service terminal." 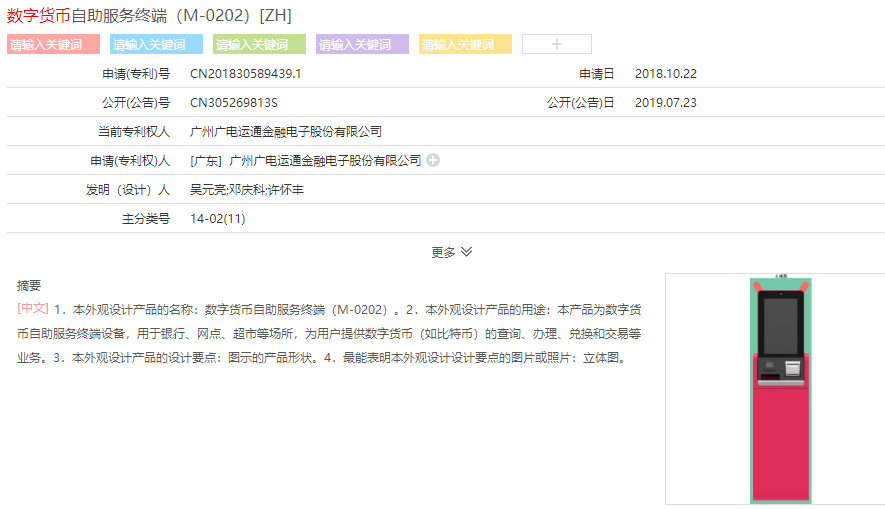 On the other hand, Julong Co. , Ltd. is mainly engaged in the research and development, production and sales of financial equipment products, and the design and provision of cash flow management system solutions. It was disclosed in the 2018 annual report that the company launched a RMB circulation management solution based on blockchain technology. Its subsidiaries have also participated in the cloud-head enterprise Yunxiang Blockchain, which has corresponding technical strength.

In addition to the issuance, placement, and circulation links, Interchain Pulse is concerned that there may be enterprises that can participate in the monitoring and application of digital currencies.

For example, Chenming Paper established a key project with the Beijing Municipal Bureau in August 2019 to undertake monitoring research on digital currency transactions.

In fact, in addition to the above-mentioned companies, there are still many companies silently deploying in the digital currency field and accumulating power to participate in the construction of central bank digital currency. These companies still have to be observed and explored. 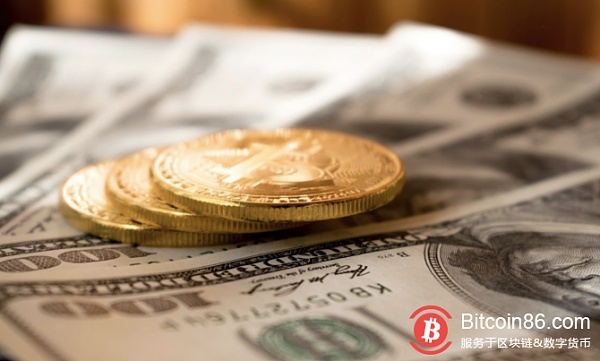 After the National Day holiday returns, the market is fully warming up. Is it a red envelope or a bull market?