Topic: Correlation between Bitcoin and other assets

Text : Hello everyone, I am Ren Heyi, an analyst from Guosheng Securities Research Institute. We are the only platform for traditional securities firms to set up a blockchain research institute. Then I will articulate my views from the traditional point of view.

First look at Figure 1. To confirm the correlation between BTC and other assets, we must first confirm that BTC is an asset. I think there should be no objection to this. What kind of asset is BTC? This can be taken from Buffett's and Sun Yuchen's views during the meal. Buffett stated that in the choice of assets, he would choose to buy land instead of BTC, because according to the understanding of economics and finance, land can bring future cash flow. Assets that have room for appreciation, and BTC lack a reason to rise, similar to an electronic code.

This will involve the process of bitcoin being recognized. At the same time, people's perception also determines their perception of the BTC price. Recalling the 2008 Satoshi White Paper, which clearly stated: "Bitcoin is a peer-to-peer electronic cash system." The Coin in this platform corresponds to the current BTC. This BTC was positioned as electronic cash at the time, and we can also use it. Translated into money, cash, currency and more. But don't forget that Bitcoin is a system and a system in the first place. It itself is used for electronic cash bookkeeping.

Now we look at the upper right part of Figure 1, which is a world GDP statistics chart. This is a very large number, but this very large number is calculated by more than 200 countries according to their own statistical systems, using their own currencies, and finally calculated by the World Bank into US dollars converted into world gross output. The final 18-year gross output value was less than 56 trillion US dollars. However, there are actually many problems with this statistics, such as exchange rate problems and statistical caliber problems, which all affect the accuracy of the data.

Does Bitcoin as an electronic cash system have anything to do with the world's GDP? I personally think that this is the path that Bitcoin originally took. In simple terms, as an electronic cash ledger, Bitcoin records what accounts it determines what value it should have. From a big logic perspective, this is fine. For example, the value of the RMB platform system directly reflects China's GDP.

But so far, bitcoin has not realized a book of human production and market economic activities recorded on a large scale. In other words, bitcoin hasn't really realized the function of recording ledger yet, and there are not many application scenarios at present. There may be some questions here, such as buying something with BTC, does this count as a record of market economic activity? In fact, this is not true because it has not become a system, it is just a simple exchange.

So back to the above, Bitcoin is essentially a bookkeeping system and a unit of cash. If we look at the lower right corner of Figure 1, we can see that most of the assets in human life will eventually return to the bank and return to this system of fiat-denominated units for circulation and trading. This is also the existence between BTC and fiat A contrast relationship.

When Bitcoin was first born, it wanted to realize the function of currency, but it is clear that everyone knows that BTC as a currency, no matter from the economic principles or social cognition, it cannot be said that it has become a global currency. In fact, BTC did not do that step. As for what will happen in the future, it will take time to confirm. So far, although the world has a GDP of less than one trillion US dollars, it is not directly related to BTC, and BTC cannot be used as the accounting system and unit of measurement for GDP. 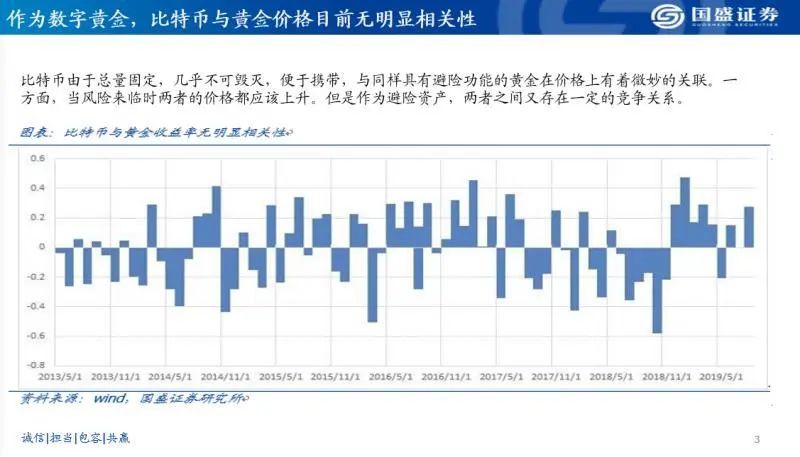 At present, the general recognition of BTC in the market is "digital gold". There are two main reasons for this recognition. One is our subjective judgment, and the other is because the Fed chairman also inadvertently expressed during the Congressional hearing However, BTC is similar to digital gold.

In fact, in terms of total volume, indestructibility, portability, and the automaticity and convenience of transfers, BTC and gold have a very delicate relationship. In some aspects, BTC is better than gold. Gold will wear and be inconvenient to carry. BTC has advantages in these aspects, and we have also done its correlation analysis with gold.

For correlation analysis, I see a lot of graphs that simply put BTC and price charts of other assets together, and subjectively indicate that the outlines of the charts are similar, so there is a correlation between the two. But this analysis, I personally think, is not a rigorous analysis. This correlation is actually a rough description, and there is not even much meaning. Because you look at the trend chart, the price chart is basically similar, the price chart is a two-dimensional plane, the trend is either up or down, nothing more than crests and troughs. Put the price chart trajectories together for comparison, just like comparing the shape of the mountain and the mountain, you will find that the mountain is the same as the mountain. But in fact, "the far and near are different."

However, in the case of some emergencies, such as some war events, some trade disputes, etc., the BTC price will have a certain stimulus in the short term, and the market will think that BTC has certain hedging properties. For example, on October 24 last year, when our Politburo learned to launch the topic of blockchain, BTC rose rapidly from 7000 $ to 10,000 $, but then it entered a certain degree of callback.

Figure 5: Part of the Bitcoin bull-bear switch is negatively correlated with gold

Let's sort it out as a whole. As an electronic cash bookkeeping system, Bitcoin has not actually been applied on a large scale. But because of the characteristics of BTC, everyone likes to think of it as digital gold and thinks it is an emerging asset. However, from the perspective of long-term and long-term periods, it has no obvious correlation with gold or performance in emerging markets. We can even conclude that it is not very relevant. However, at some special time points such as trade disputes and international political conflicts, BTC did show a certain hedging nature.

We can also see in some news channels that the local BTC price rose to a very high position during the US and Iran. Personally, from the current market expectations of BTC, the positioning of this digital gold is not a problem; as a safe-haven asset, I don't think there is any problem so far. As for the other value support of BTC, so far I think it still needs some observation and no obvious conclusion.

However, as a safe-haven asset, digital gold, there is no obvious correlation between the return rate of gold and the price of gold. What should we do? This is exactly an interesting thing. Some people think that BTC is digital gold and should be bought. This idea is wrong. As an investment, BTC must be entered at a suitable buying point. If the price is already high and you are still chasing high, it must be wrong.

So, if you think that BTC can be widely recognized as digital gold in the future, what level will BTC's future price be in order to be relatively stable? This level must not be a specific value, but it means that when BTC reaches a significant correlation with gold, BTC's status as an emerging safe-haven asset can reach a reasonable stage.

So translated, I mean that BTC has potential as a digital gold, but it has not yet reached the price range and price performance that digital gold should have. So I think BTC's future price space is very large, to what extent? It must be large enough to have a clear correlation with the price of gold. At that time, the future appreciation space of BTC could no longer be judged by this logic. At that time, the logic of gold should be used.

Then add two points from the micro level. The first point is to take BTC as an example. When looking at the asset price, we return to the micro level, which is to look at his funds and see what funds are playing in this market. You will find that BTC is not a very mature asset so far, and there is a big gap compared with the stock market. Today, A shares have a trading volume of 100 billion yuan. The trading volume, depth, participation, and market role of BTC are very different from the mainstream stock market, let alone the real estate market. It is still necessary to recognize this fact. BTC is still very small and is a non-mainstream asset in the world. This market is relatively immature.

When participating in BTC funds and other market funds as hedging methods, such as real estate and stocks, stocks and bonds, A shares and B shares markets, etc., the correlation between BTC and these markets is not obvious, and it is not yet at this stage. Because of this, BTC still has great potential. You can observe whether BTC and other market funds have cross-market flows, and whether BTC and gold are related. At that time, BTC will be used as a mature asset. Rising mentality looks at this market.

I think we're lucky, so far we haven't got that logic. Making money is still relatively easy. Hold the currency and wait for two or three years. After a large wave of market conditions rise, you will always be able to make money, so we are still in a relatively fortunate stage.

Deputy Director of the Network Security Bureau of the Ministry of Industry and Information Technology: Actively guide the application of blockchain and other technologies in the field of network security 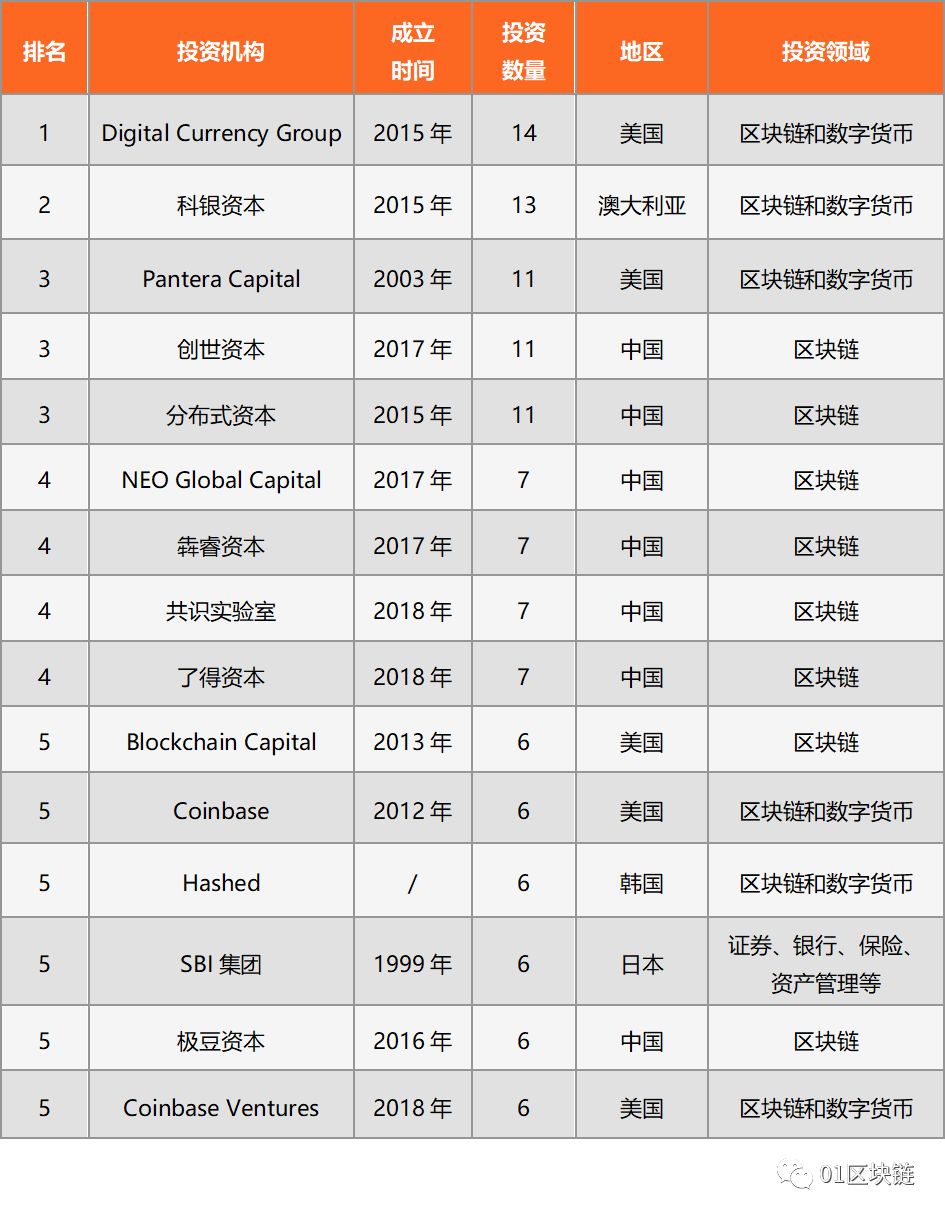 Data show that BTC sentiment rebounded slightly, and large-capacity positions picked up for a week.

Wuzhen site Meng Mengyan: Some blockchain businesses in the gray area may break out, but will not become the norm