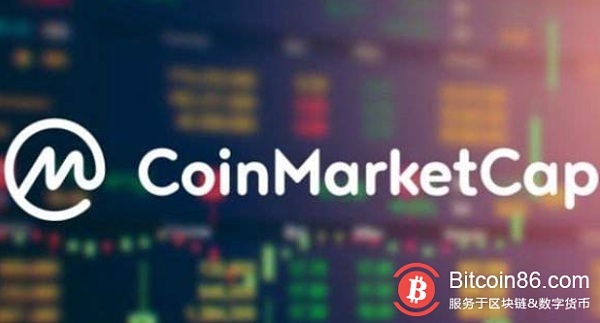 This is the story of CoinMarketCap.

On a sunny afternoon in May 2013, in Long Island City, Queens, a lonely engineer sat in his apartment and quietly launched his latest supernumerary project. He is full of curiosity about the world, likes to tinker, often finds that he can use his engineering skills to solve some of his problems. This time, his question is whether there is an easy way to measure more and more "altcoins" with the value of Bitcoin. After reading the white paper written by the pseudonym Satoshi Nakamoto, he became obsessed with Bitcoin.

For months, he has been thinking about how best to measure these cryptocurrencies. He suddenly thought that such metrics were useful and familiar to those who were already familiar with some of the financial terms, so he decided that this was the way he could best represent the relative size of altcoins.

He began collecting data on these coins and built a very simple user interface on a website to display it. Creating something that looks amazingly similar in the rhythm game space to track the player's global score (he wants to measure his or her performance with others), the design choice is obvious: list a list that people can understand at a glance. 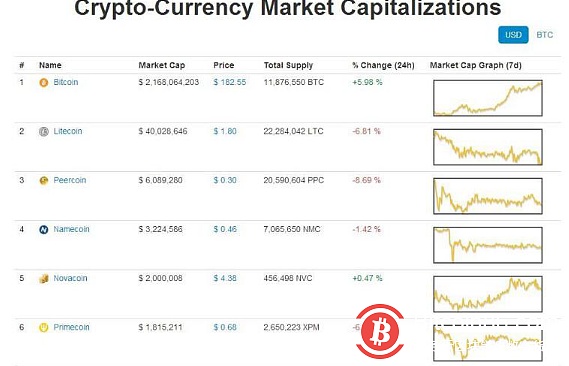 Has there been any change in the earliest UI? Haha, at least the hyphen has disappeared.

For four years, he worked alone on this website. He shared his website with like-minded fans and demonstrated his growing search engine optimization skills. In the process, he experienced many periods of anger and uneasiness. Many projects pointed his finger at him. They felt that they did not show it in the right way. When Ripple was added to the site in 2013, it caused controversy among users; he even created two versions of the site once, so those who are dissatisfied with Ripple's performance on the site can see the version without Ripple. All of this ultimately led to the birth of a circular supply method (again, this also borrowed the concept of “public offering” of financial markets).

At the end of 2017, with the enthusiasm of ICO, this lonely engineer had to seek help for the first time in the history of the website to manage the website. He turned to his trusted colleagues and friends and began hiring them to join his career. One by one they bring expertise to the team: engineering, support, advertising operations, business development, marketing, design, and more. As a founder for the first time in an important position and in the process of growing the company along with the industry, he strives to maintain fair operation, fully guiding the company to ensure that the principles of neutrality can be followed, rather than cater to the volatility of interested investors.

Similarly, he is not willing to be the focus of attention, nor is he willing to try to influence public opinion, but to make the company and products shine. However, not everyone has the same idea; in January 2018, the Wall Street Journal reporter found his apartment and knocked on his door, hoping to interview him. The world was introduced to Brandon Chez, the world's top 100 website creator.

Who is watching the watchman?

It’s no coincidence that the website that measures the market value of money is born in Queens Apartments. It is adjacent to one of the world's financial centers, which means that the impact of the 2008 global financial crisis has had a profound impact on the spirit of CoinMarketCap. CoinMarketCap has always tried to embody the spirit of self-sovereignty in response to how Bitcoin is seen as a response to the moral hazard of government bailouts.

“What is the custodian Ipso?” Does the phrase of the Roman satirist Juvenal have such a phrase? It draws attention to the infinite retrogression of the implementation standards. This eternal wisdom is instructive for CoinMarketCap, as more and more people call for currency market capitalization to regulate this area.

A cursory look at CoinMarketCap's Zendesk ticket (which can be as many as hundreds to thousands of tickets per day) will reveal a bunch of misconducts that advise CoinMarketCap to delist and/or condemn certain projects/exchanges. These usually take the following form:

Remove Exchange X because it's on a fake volume!

The X project is a scam. Please remove it, otherwise you are helping and abet these scammers!

Please remove our pairing on Exchange X because we don't want our project to be associated with wash trading!

Exchange X stole my money! Please give a warning!

The degree of conviction that these complainants filed complaints – no matter how legal and bona fide they are – masks the complexity of making appropriate conclusions. CoinMarketCap will promptly and decisively issue a factual warning if there is irrefutable evidence (such as a supervisory list of regulators or a group's acknowledgment).

However, the evidence provided is often indirect: he said she said. A self-selected collection of unverifiable information (such as reddit posts, screenshots of chat logs/emails). It is not easy to determine whether an impediment to withdrawal from an exchange is malicious or that the complainant has joined the account termination/freeze policy. FUD (fear, uncertainty, and suspicion) is not unique to cryptographic spaces, but the mix of ideology, vested interests, technology, and tribalism underscores this phenomenon. Therefore, one must note that a large amount of "evidence" does not always bring truth.

When dealing with conflicting and unverifiable information, there is only a workable approach – postponing judgment and letting the market decide. This is not without precedent. History is full of examples of "heretical" ideas that promote scientific progress. There was a time when someone said that the earth was turning around the sun, he might be burned to death on the stake. This is the fate of Giordano Bruno. Those who offend others are sometimes worth protecting because the market is the ultimate arbiter of "right" and "wrong."

Another option is a more paternalistic and well-planned approach advocated by some people that may cause incentive misplacement and moral hazard. In other words, look at the role of credit rating agencies in the 2008 financial crisis. Therefore, our approach to “normizing” space is not through censorship or arbitrary judgment, but through contributing to an environment that supports the free flow of ideas, rather than falling along this downturn. We can't predict how these links will unfold or predict which projects will succeed or fail. But they always leave an idea or lesson to be modified, taken over or improved.

While we are committed to staying neutral, avoiding censorship, and not judging the merits of individual projects, we see the value of using a wider range of data points to enrich the user's decision-making process.

We are paying close attention to the growing discussion surrounding “false” transactions. This is not a small problem that needs to be solved, because seemingly harmless decisions can have unintended consequences. In order to increase complexity, we need to pay attention to the various use cases of data – some people think that the "fake data" information itself can produce interesting analysis, it is important not to throw the baby and bath water together.

With this in mind, we are pleased to announce that we are working with our partners to address this multifaceted issue.

These data are designed to increase the transparency, accountability, and openness of encrypted space projects. The basis of this initiative is that we believe that providing more data points will enable our users to make more informed decisions and provide a means for the project to differentiate and be more convincing by enhancing disclosure data. .

The primary goals of the data are:

Review, adjust, and improve reporting standards across the industry.

Identify gaps and propose strategies and measures to enhance data accountability and transparency.

Alliance member partners are currently committed to providing the following (i) mandatory data and (ii) self-reported information. While the provision of mandatory data is a prerequisite for becoming an alliance partner, partners will make a greater contribution to the development of standards, strategies and measures based on the above objectives.

Transfer from: chain to see the world Why is the blockchain industry about to usher in a wave of entrepreneurship?