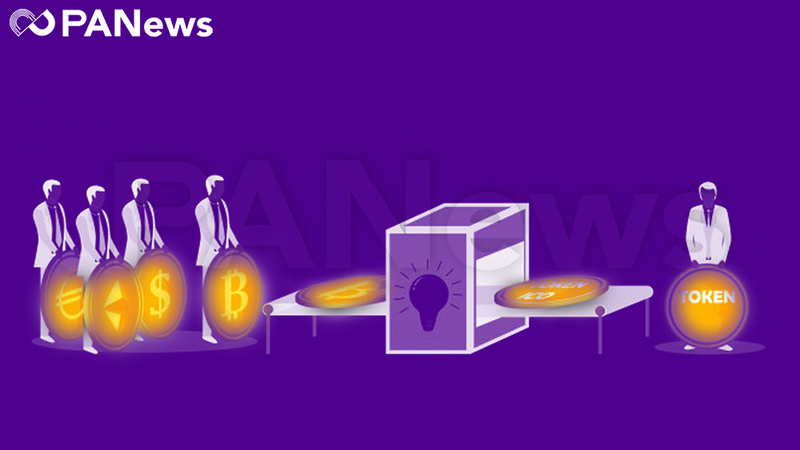 The "Eight and Eighth Law" is also called the "Key Minority Rule." The most important is often the 20% minority. In the crypto market, this "monopoly" effect of the head is more obvious.

In highly concentrated markets, the eyes of practitioners and investors are always chasing these head assets, while ignoring the larger number of long tail assets. Many long-tail assets are on the verge or even "dead" because of few listed exchanges, low trading volume, and poor liquidity.

Over 5000 long-tail assets account for only 2.08% of daily transaction volume According to statistics, the market value of long-tail assets after the 100th largest market capitalization accounted for about 4.59%, while the transaction volume accounted for only 2.08%. The number of these assets reached 5,046.

The small transaction volume and insufficient liquidity are the main problems of these long-tail assets. They are also one of the main reasons for the crowdsourcing website Dead Coins to judge the "death" of the token. Other reasons include the website's abandonment, no nodes, and social network suspension. In other words, if the transaction volume of tokens is kept at a very low level, problems such as website abandonment and node downtime will also occur.

At present, Dead Coins has included 1867 kinds of "dead coins". After preliminary cleaning of PAData (removal of duplicate or abnormal data), it has been found that there are a total of 947 kinds of tokens that have clearly died, accounting for about 20% of long-tail assets. After further statistics, it can be seen that among these circulating assets, long tail assets actually constitute the main aspect of the macro liquidity of the exchange. Binance, Bitfinex and Huobi, which have a large number of listed currencies, all circulate a large amount of long-tail assets. The number of long-tail assets of the three exchanges reached 123, 109, and 156, accounting for 63.40%, 78.98%, and 68.72%. In general, it is very convenient to trade tokens in centralized exchanges at present, because the trading pairs opened by exchanges are already very extensive, and because of overlapping assets, investors can choose the exchange-traded assets. A total of 30.14% of the assets listed on the five exchanges Binance, Bitfinex, Coinbase, Huobi and Kraken are overlapping, and 23.10% of the listed trading pairs are overlapping. Long tail assets support the "facade" of the exchange's macro-liquidity indicators, but the sluggish trading volume proves that the current market scale cannot support this "facade".

The decentralized exchange (DEX) is mainly rooted in the Ethereum public chain, and the assets circulating on it are mainly ERC20 tokens and Ethereum. PAData counts the macro liquidity of the five DEXs with large trading volumes: Bancor, IDEX, Kyber, Oasis DEX and Uniswap. Among them, Uniswap and IDEX have better liquidity. They listed 247 and 245 tokens respectively, and opened 410 and 250 trading pairs. Uniswap uses a capital pool market-making model. In theory, as long as assets with a certain capital reserve can be traded, the availability and convenience of asset trading will be better than the pending order-making market-making model. Taking a closer look at the asset overlap between the exchanges, it can be found that the breadth of DEX's circulating assets has grown significantly compared to mid-2019. At present, the overlap rate of the circulating tokens of the five exchanges is about 23.92%. When PAData counted a larger range of 10 exchanges in August 2019, this value was only about 5.7% (refer to the "DEX Breakout Campaign" : Talking about asset liquidity and user base ". The overlapping rate of trading pairs is a bit lower. The 5 exchanges currently have 835 trading pairs in circulation, of which 147 are overlapping, and the overlapping rate is 17.60%. This means that users now use DEX The trade fair is much more convenient than half a year ago. It can be speculated that although DEX's circulating assets are relatively abundant, just like centralized exchanges, there are more long-tail assets with low circulation. From this point of view, the trading volume of the entire DEX is still small, and low-liquidity assets account for the majority. Transactions are mainly concentrated on individual assets, such as DAI, cUSDC, KNC, MKR, and LINK in multiple DeFi application scenarios.

According to zumzoom statistics, the largest DEX Uniswap currently has a total capital pool of more than 28 million, which is about 1/77 of the Bitcoin assets on the Binance chain. In the past three months, sETH and MKR accounted for a relatively high pool of funds, reaching an average of 32.74% and 15.08%, respectively.

The WBTC funds pool used by the attackers in the Lego arbitrage incidents of Compound, dydx, Kyber, Uniswap, and bZx accounted for only 2.53%, which was approximately $ 674,400. However, the size of this funding pool is not small in Uniswap, ranking 11th, which is a medium size. If assets of this size can be easily broken by an attacker, the range of potentially risky assets in DEX will cover the vast majority of assets.

The Lego combination between applications can indeed inject new vitality into DeFi, but it should consider the risks that asset size and actual liquidity may bring to product innovation.

The institutional change of crypto…

Pantera Capital CEO: The global economy is experiencing unprecedented recession, and Bitcoin will mature in this era