As early as 1901, writer Morris Metterlink sent a question: "Who is the group of bees who are in the domination, who issued the order, who is predicting the future?"

In Kevin Kelly's "Out of Control," he views this issue with a philosophical height: the rulers in the swarm are not the queens in the past, when the swarms emerge from the narrow exit in front of the hive, The queen bee is often followed, and the queen's daughter is responsible for choosing when and where the bee colony should settle down.

Several worker bees were inspected in front to check the location where the hive could be placed. When they came back, they reported to the bee colony with a smaller and smaller dance. Then, the worker bee’s dance posture became more and more exaggerated, indicating the location it advocated. The better, then, some of the leaders checked several alternative locations based on the intensity of the dance and agreed to join the investigator in the same dance.

In this way, more followers are led to the candidate sites that occupy the upper hand for inspection. After returning, they enter the dance of the investigators with the same opinion, and once swear their own claims.

Apart from the investigators, very few bees will go to investigate multiple locations. The bee sees a message: "Where to go, that is a good place." After they went to see it, they came back to dance and said, "Yes, that is a really good place." Through this repetition, the places you like will attract more visitors and more visitors will join. among them.

According to the law of increasing income, the more votes, the fewer the opposition, and gradually, a large stage will be formed by snowballing, and become the master of the final chapter of the dance, and the largest bee colony will win.

Isn't the bee colony looking for a dance process in the world of encryption? The development of Bitcoin is determined by the power of voting, the bee colony votes through the dance, and the distributed ledger in the blockchain can only falsify the books with the consent of 51% of the nodes.

To give another example, American bird experts have observed that thousands of birds can fly in a very orderly manner in the sky, sometimes in a herringbone shape, sometimes in a figure-eight shape, and sometimes in a word. The form is varied and the only thing that is the same is order.

If you encounter obstacles, thousands of birds will automatically turn, and the speed between each bird is only 1/70 second, which is almost unimaginable. Surprisingly, not every bird’s line of sight can Covers all bird movements. Bird experts were puzzled by this until a three-dimensional animation practitioner in the United States, who happened to be in the three-dimensional model of "Batman Returns" and found one of the bats flapping the wing details in order to let each bat fly. At that time, he did not touch the wings of the bat next door and kept a certain distance. He added a simple algorithm to it. It was discovered that it was very close to the real bird's flight attitude, and even the bird's expert was amazing.

So the experts came to the conclusion that the attitude of the bird flight must have some simple algorithm to manipulate, not to listen to the unified command of a bird. It is a simple algorithm that forms a huge group wisdom. One of the important concepts is that the group wisdom that transcends ordinary people is due to a certain trait that emerges from a simple individual by connecting and interconnecting with other simple individuals.

Some characteristics are very familiar in the blockchain industry, it is the decentralized distributed interconnection.

So what is the difference between the central processor and the decentralized decision?

Maybe we can see a little clue on the robot. At the beginning, when American scientists were designing robots, they thought that since humans are manipulating human actions through the brain, robots must also need a central processor to uniformly absorb various external information to control behavior. Then, sensors are mounted on various parts of the robot to receive information such as distance, position information, and light intensity information.

Later, another scientist thought that the way of the central processor was too complicated and needed to simplify things. So the experiment of the machine crawler. The reptile had no central processor and only had 6 legs, but the signals between them could be transmitted. As long as one leg hits the obstacle, the leg is lifted, and the remaining 5 legs are followed by the leg. Then the miracle happened, the machine's action was no longer slow, and it was faster and more intelligent, because each leg only did a little bit of what it was supposed to do, maintaining a state of mutual communication. A simple division of labor to achieve a superior wisdom beyond simple. 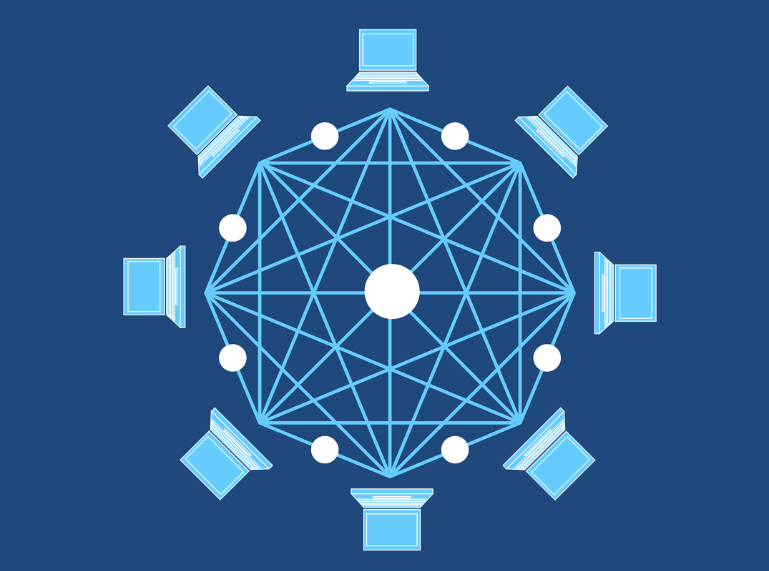 The above is an example of the wisdom of distributed. The interconnection of individual IQs can lead to higher IQ. In the past, the Internet has developed along with distributed thinking. There is no central government to know the path of Internet development, and the wisdom of each node links each other to advance the Internet.

In contrast, Bitcoin does not have an absolute core, acting as a commander, and even the founder of Bitcoin, Nakamoto, has no control over the development of Bitcoin.

Each node can join and exit the Bitcoin community, and the computing power is even more so. The mining fork is bifurcated, which is a disagreement on the route dispute and will not affect the consensus of Bitcoin. As long as more people participate in the Bitcoin community in a distributed form, and each simple individual connects and interacts with each other, Bitcoin has no possibility of returning to zero.

Decentralized, distributed, and pan-connected Bitcoins are vital and are evolving species, truly the essence of blockchain thinking.

The traditional economic model is a combination of the agricultural era and the industrial era.

In the industrial era, Adam Adam's "The Wealth of Nations" theory is that the consumer goods produced by industry are wealth, but the people in the agricultural society at that time have always been unable to understand, and now everyone has understood it, including the car is wealth, Mobile phones are wealth, including TV refrigerators are wealth.

However, a new era has arrived, especially in the era of the Internet. Many people in the industrial age believe that online is a virtual thing that can be wealth?

In fact, whether it is consumption records or behavior patterns left on the Internet, the wealth potential generated by cloud computing and big data deep mining is incomparable to the industrial wealth under the line. For a small example, the advertising industry is laid and carried out on a large scale. Essentially inefficient jobs are now being replaced by algorithm recommendations.

Consumers on the Internet are willing to open a membership for the final set of "The Game of Rights", enjoy a visual feast, offline to see a "Avenger League 4" smashed his head, from entering to leaving, empty hand into empty hand It seems that there is no wealth, and all the movie screens in the process of watching have been left in people's minds. After returning, you can get movie tickets in the microblogging circle of friends, even spoilers, and get great satisfaction. Is it better than owning? Is the pleasure of getting a consumer product more enjoyable?

Is the analysis of the three major platform currency prices still coming in?