This article was first published by Babbitt Information by the author "Clear Air", please do not reprint it without permission. 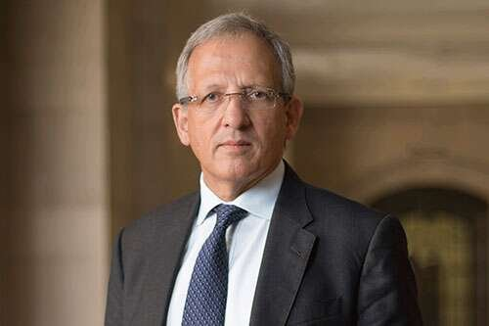 Jon Kanleaf is not only the Deputy Governor of the Bank of England, but also one of the leaders of the seven-line CBDC R & D team just set up earlier this year. Speaking at the London School of Economics on February 28, entitled "It's Time to Talk About Currency", which includes views on stable and cryptocurrencies.

I. Payments in the UK: Cash continues to fall, new technologies intensify competition

Compared with other European countries, the British public has a preference for cash. It is not like the public in Germany and Switzerland who like to pay with cash, especially large banknotes. It is also different from the Nordic countries such as Sweden and Denmark. Higher. But even so, in recent years, there has been a noticeable decline in cash usage in the UK payment sector. From 2008 to 2018, the proportion of cash in transactions has dropped from 60% to 28%, and it is expected to drop to 9% within 10 years. Banknotes and coins held by residents account for only 5% of total trading currency.

These changes are not only caused by the new transaction methods provided by financial institutions such as banks, but also by some new market participants, which have brought competition in payment transaction services and products. It is worth noting the emergence of cryptocurrencies and stablecoins:

"Some versions of these crypto assets-the so-called 'stable coins' designed to maintain the value of the assets-serve as a means of payment, replacing the current mechanism for holding and transferring settlement assets or" currency "between banks, while creating A new form of 'currency'-stablecoins-is used for transfers. "

Kanleaf believes that the emergence of new payment technologies, including stablecoins, is not only a good opportunity, but also raises some "important questions" that central banks must answer:

2.Stable currency: Some may become mainstream, but supervision must be strengthened

Kanleaf believes that the emergence of stablecoin reflects the shortcomings of the current British payment system, especially in cross-border retail payment, with long transaction time, high cost and unreliability, which is extremely inconvenient to use.

However, if stablecoins develop to a systemic scale, stablecoins with 2.5 billion network users like Libra will once they enter the payment market will bring great network effects. The so-called benefits will be amplified and the risks will be increased accordingly. In particular, it will be difficult to predict what kind of impact the monetary and financial stability will have on the role of credit intermediation and currency creation in the economy.

For the future of stablecoins, Kanleaf expects:

"The stablecoins associated with large technology and social media platforms are likely to become mainstream, and people will deposit all or most of the money now stored in bank current accounts into virtual wallets provided by non-bank institutions."

In this regard, Kanleaf believes that the principle of "same risk and same supervision" applies to stablecoins, that is, whether they are used for payment, holding, or regulation of fair competition, data protection, anti-money laundering, and anti-terrorist financing, etc. The standard should be the same as the regulatory standard for currency of commercial banks.

"We need to ensure that when a stablecoin is used as a currency-based payment instrument in a payment system, the criteria that it must meet and the criteria that must be met for commercial bank funds-relatively stable value, robust legal statements, and The ability of fiat money to be redeemed-is equal. "

He revealed that the Financial Stability Board will conduct research on the issue of stablecoins from a global perspective and form regulatory recommendations this year.

Third, the central bank digital currency: the design focus is on the public and private boundaries

The issuance of digital currency by the central bank has brought a lot of opportunities to cope with the rapid decline in cash, the revolutionary changes in payment and its payment instruments, but also challenged monetary policy and financial stability. Kanleaf believes that in order to seize this opportunity and meet the challenges, two aspects should be considered: one is the public's demand, popularity and use of CBDC, and the other is what functions the CBDC has. The fundamental question is to what extent can the future CBDC replace commercial banks' currencies and payments, as well as non-bank currencies and payments such as stablecoins .

Therefore, the design of the CBDC is very important . The design elements include who the user is (the public or a banking institution), the purpose or function (the payment tool or the value storage method), whether the interest is calculated (competitive with bank deposits) Whether the limit (normal time and crisis period), data and privacy protection, etc.

Kanleaf believes that the above aspects have a far-reaching impact on the issuance of CBDC, and there is currently no definite answer, and more extensive discussions between government departments, central banks and technical institutions are required to determine whether to issue CBDC.

At present, when international organizations and national monetary authorities talk about digital currencies, they generally refer to stable currencies and CBDC. This approach is not completely affirmative of stablecoins, including the reference by Kanleaf that stablecoins may become mainstream in the future. It is based on some new technical characteristics of stablecoins that just meet the public demand for certain links in the payment field, such as Cost, convenience, etc. However, the stablecoin is separated from the official regulatory system, and there are hidden risks and dangers that cannot be ignored. Strengthening supervision is imperative. And monetary authorities of various countries talk about the issuance of CBDC often cautiously, and do not negate this new currency form, but intend to fully consider the possible impact and risks that CDBC may bring to the design stage and keep them to a minimum. In a nutshell: Manage what is already there (stable currency) and plan for the future (CBDC).

Report: 95% of EOS DApps remain active in the first quarter of 2019