In the last issue of "First Class Warehouse Research Report: Inventory of Projects with Significant Progress in February" , Flash loans for the Aave project were introduced, and on February 15, the decentralized financial DeFi loan agreement bZx suffered from a vulnerability in its own smart contract The arbitrage "attack" of Lightning Loan resulted in financial losses and suffered two consecutive times. The bZx fund size decreased from USD 14.72 million before the attack to 8.7 million, a decrease of nearly 40%. This incident made the entire Defi ecosystem aware of the power of Lightning Loan, and at the same time realized the potential risks of the Defi project. More expansion can be found in the first-class public account article "Arbs made $ 900,000 in only a few seconds with Defi Eliciting Problems in Defi.

Closer to home, Tezos, Status, Decentraland, and Aragon were delivered as scheduled in February. They belong to the fields of public chain, social communication, games and DAO.

Tezos can continue to be a good thing in 2019. It has listed on the Coinbase exchange and has pledged baking income on several major exchanges. The currency price also came out of the bottom earlier than the broader market. 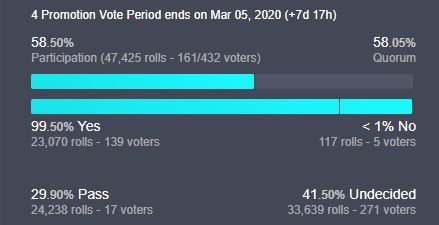 Carthage 2.0 will be officially deployed on the Tezos mainnet on March 5. After that, the upper limit of the gas value consumed by the Tezos network increased by 30% from the original basis. Each transfer operation was increased from 800,000 to 10,400,000 gas, and each block was increased from 8,000,000 to 10,400,000 gas. Such adjustments will make the Tezos network more complex Smart contract. In addition, the formula used to calculate baking has been improved to reduce the fluctuation of baking rewards and make the results more accurate.

The main chain of the public chain needs to be upgraded, and in the face of dApps of C-end users, the product needs more iterative upgrades. With the richness of the Ethereum ecosystem, the user needs solved by dApp products have also become more diverse. Next, share the major progress of the three projects Status, Decentraland and Aragon this month.

Status V1 was officially released on February 13th, and Android and iOS mobile products were launched simultaneously. After a year of product polishing, Status V1.0 implemented peer-to-peer chat, cryptocurrency wallet payments, and the dApp browser based on Ethereum. Status chose the Whisper protocol as the communication layer, which is a point-to-point communication protocol of Ethereum, which guarantees the privacy of decentralized transmission and chat content. Status can create public chat rooms where users can join freely and participate in chat. A private chat room will be launched later, and it is estimated that SNT needs to be paid or mortgaged to create it.

In addition, users can also register an ENS username, which is a domain name of stateofus.eth, which can be registered only by locking 10 SNT. As of February 11, 654 users had registered 1,364 ENS usernames, and the contract locked in 13,600 SNT. The ENS user name on Status will be like a QQ number. With the growth of the post-80s generation, is it more than ten years?

Another fun feature is dApp Discovery, which lists dApps on Ethereum into Status, forming the feeling of a dApp store. Users can find interesting applications directly in dApps and implement jumps.

In 2020, in addition to continuing product iterations, Status will conduct a new round of financing. The team's ICO in June 2017 raised nearly 300,000 ETH, which was worth about 107 million yuan at the time. As of the end of December 2019, the team also held about 150,000 ETH worth about $ 19 million. In consideration of the long-term development of the project, the team plans to sell the existing SNT to raise funds. The specific financing plan has not yet been determined and is worthy of attention.

Decentraland, once the non-homogeneous token NFT leader of the game section, officially opened its virtual world, Metaverse, to the public on February 20. In the Metaverse world, users can customize their characters, enter the virtual world, and experience the amazing journey of the virtual world. This can't help but be reminiscent of the movie "Number One Player", and everyone travels in two worlds.

A four-day Treasure Hunt treasure hunt was officially held, and a total of $ 100,000 worth of prizes was distributed, including NFT assets, partner project tokens, and some virtual items.

In addition, MANA introduced Matic Network's side chain technology and Aragon's DAO autonomous framework. The integration of side chains will increase the transaction speed of the MANA network and increase the response speed of product use.

The introduction of DAO is to gradually give the management authority of MANA to the community. In response, the government will start the trial of DAO's governance model on the 13,026 plots it had previously hosted. At the same time, 222 million MANA tokens were transferred into the DAO's governance contract to reward network governance beneficiaries in the next ten years. It also transferred the ownership of LAND, Estates and other important smart contracts to the community. Using the DAO model, it can be seen that the project's determination to adopt an autonomous model can not be shaken.

In the future, will Decentraland bring the virtual world of the number one player to users? The success or failure of that project's autonomy model will play a decisive role. Next, we look at Aragon, the leading project in the DAO field.

Aragon Court was officially launched on February 10. This is the place where DAO organizations on the Aragon network settle their respective disputes, and jurors will vote on disputes that cannot be handled by smart contracts to prevent the network from doing evil acts. This time, a total of 247 jurors participated in the network activation, pledged 1,014,809 ANTs and replaced 76,959,371 ANJs.

The launch of Aragon Court means that the first phase of work has been completed, and the second phase will enter on February 13. The second phase of the work is to exercise the Court workflow. The contents of the simulation exercise include: forming a court by 247 jurors, drafting a case, and arbitrating the case. The whole process will be a case template for Aragon Court, and problems will be found in time. After the second phase of work is completed, Aragon Court can be officially delivered to users. In response, the Aragon Foundation allocated 25,000 Dai to award rewards to jurors who provided real arbitration cases. 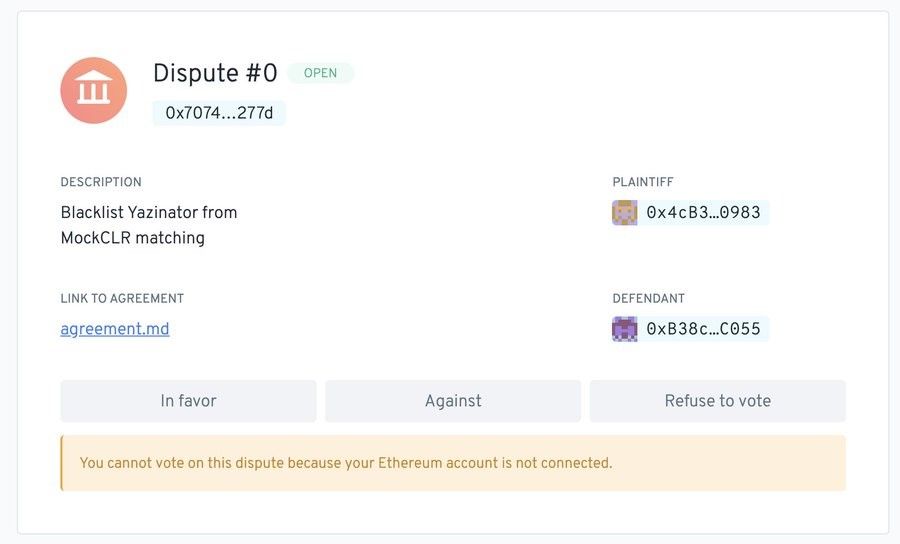 On February 14, the first dispute at Aragon Court was drafted, numbered Dispute # 0. However, because the parties to the dispute did not obtain the prior consent of Yaz and Gitcoin, the court arbitrated, which made the parties extremely dissatisfied. Subsequently, Aragon officially apologized and ordered the court to stop arbitration to delete the dispute materials. After that, the team will re-draft the dispute case, test the arbitration mechanism and network performance of the court, and provide the basis for Aragon Court to resolve the case.

After talking about the progress of major projects in February, next, let's take a look at what are the upcoming major events in the first class focus project? There are 2 projects in this period. Details are as follows.

(First-class warehouse note: Project progress is arranged in ranking order, and the data on Coinmarketcap website February 27, 2020 is selected.)

The third major milestone of the Beam mainnet, the Double Doppler version (DD version for short) has been delivered as scheduled, the latest version V4.1. The DD version of the atomic exchange API, Laser Beam (a layer 2 network, similar to Bitcoin's Lightning Network), and hardware wallet reconstruction have been completed and are in the testing phase.

The DD version is a bit like a prelude to the fourth milestone Eager Electron v5.0 version (referred to as the EE version). The more important Lelantus-MW protocol test is placed in the DD version. The mainnet will be officially launched until the EE version. The Lelantus-MW protocol integrates the features and advantages of the two anonymous protocols Lelantus and MimbleWimble. The Lelantus protocol is derived from the paper of Aram Jivanyan. It is implemented by Zcoin with zero zero pre-trust, high anonymity set, and fixed amount. As soon as it was launched, it became a hot topic in the anonymous circle. And Beam absorbs the advantages of the Lelantus agreement, and makes up for the problem of transaction linkability in the MW agreement, so that the transaction graph cannot be followed.

In addition, development work such as wallets supporting confidential assets, Lelantus CLI wallets and cross-chain links with Ethereum will be implemented in the EE version. It is expected that the EE version will be launched in the first quarter of 2020. Upfiring was created in November 2017 and is an open source P2P file sharing application. Upfiring uses an improved version of the bittorrent protocol to distribute files through a decentralized network. Users can receive UFR token rewards by publishing files and staying online.

Upfiring officially announced that V1.2 will be released on March 2, 2020, and is available for Windows, MacOS and Linux. This version fixes the scalability problems of the previous V1.0 version, and realizes uploading and publishing large files (files larger than 1 GB) within seconds, greatly optimizing the application experience.

The above is the upcoming major project progress in March. The jump ticket is not terrible. The terrible thing is that the price of the currency will go to zero with a long wait. Treasure hunt in bear market, first-class warehouse strives to become a beacon for currency speculators on the way.