This is not the case. Last month, the industry has been hotly debated because of a “strong donation.” This month, the eyeball effect of a large household with 60,000 BCH stolen posts asking for help once again focused attention on BCH. This time, people paid attention It is no longer a political issue of "strong donation", but a technical issue of "rolling checkpoints". Of course, the problem recurs layer by layer, it will always involve the core design philosophy issue- BCH enables rolling checkpoints, is it an angel? Or the devil?

Before talking about checkpoints, take a look at the incident itself.

A bitcoin whale posted on Reddit, claiming to have lost 60,000 BCH because of being attacked by a hacker SIM card (in addition to 1,500 BTC, but he is more concerned about these 60,000 BCH), and wants to invest heavily The miners helped him find it. A digital signature was attached to the post, which proved to be true and valid.

The story is so simple. As for who this big guy is, what his background is, how did BTC and BCH get lost, has little to do with this article, and interested friends can search by themselves. After all, the industry is overwhelming in reporting on this incident.

Everyone is more concerned about why this giant whale thought of using the method of "heavy gold for miners" to retrieve his lost BCH? What can miners do to "recover" these stolen BCH? I have been in this industry for a long time, and everyone who knows some technology knows that it is the legendary big killer, double flower ! Collect the hash power to make the current chain obsolete, restart the block generation after the height of the block before the theft, and get a new "longest chain".

Although double flowers can harm the network, in some special moments, you can also use "goodwill double flowers" to protect the network. There is actually a precedent in the history of BCH. During the hard fork in May last year, the network was hacked due to BUG. Several large mining pools combined to pack 10 empty blocks, which made the hacking attack invalid. After 10 blocks, due to the existence of rolling checkpoints, it is impossible to roll back to before 10 blocks, so the network is protected.

And this giant whale, unfortunately, 10 blocks of time have passed when posting, no double spending and rollback can be done …

As a result, each media is divided into two groups, one is very BCH, supports rolling checkpoints, and the other is opposed, and considers rolling checkpoints to be an "absurd" design. This life, and sort out the core ideas of the next two factions.

02 Past and present of rolling checkpoints

To know a rolling checkpoint, you need to know what a checkpoint is.

Checkpoint is defined in bitcoin academic terms: "the block hash that specifies a block height must be equal to a certain hash value".

To put it bluntly, by recognizing that the block at the checkpoint is a legitimate block, you can avoid this high degree of reorganization of all the previous blocks by other forces, especially to avoid restructuring the blocks by a 51% advantage computing power .

In other words, the node that performed the checkpoint identified the specified block, and thus all the blocks before this block. The longest chain defined by Satoshi Nakamoto was the principle of an effective chain, and "mutation" became " The longest chain that contains a checkpoint is the valid chain. "

The reason why Satoshi Nakamoto invented the checkpoint is because in the initial stage of digital currency, the network was still very fragile. For security reasons, at the time of some major upgrades or patches, Satoshi Nakamoto added a checkpoint design to Protect so many successful valid blocks before. In essence, checkpoints are sacrificing partial decentralization in order to obtain network stability and reliability.

In the early days of Litecoin, Charlie Lee also used checkpoints to prevent 51% attacks, according to his original words: "Checkpoints are a centralized function because it depends on the developer to decide which is the right chain. For This is the initial stage of digital currency. "

After talking about checkpoints, let's take a look at what is going on with BCH's rolling checkpoints.

At that time , during the battle between BCH and BSV computing power , this move of BCH made the mining circle uproar. The various scenarios analyzed by the previous large Vs before the computing power war, including front standing, full-scale war, guerrilla warfare, and so on all failed. Because the appearance of rolling checkpoints directly results in the block being confirmed to be valid as long as it receives ten confirmations. That is, even if the alternative chain has more workload, as long as there is a conflict between it and the checkpoint, the node will not switch to a chain with a larger workload, resulting in the "longest chain" principle before Bitcoin, almost Complete failure. BSV is completely meaningless whether it is frontal or guerrilla warfare.

It is very interesting that in this matter, the BCH community and the BSV community are two completely different interpretations.

From the perspective of the BCH side , if there is no rolling checkpoint, the computing power battle between the two sides may last for several months, or even longer, and every day is burned in real money. In the long run, no matter which side wins the final victory, it will be a thousand kills, a loss of eight hundred, or even extreme points, both chains are finished. In doing so, it is essentially the most ideal condition for seeking peace, everyone giving up the war, and developing independently.

In the view of BSV , this is an obvious behavior of avoiding war, and it is a kind of "suggestion". According to Satoshi Nakamoto's design philosophy, when there is no way to reconcile the concept, you should use computing power to vote, engage in computing power wars, and compete for the longest chain. The design of the rolling checkpoint completely violated the design principle of Satoshi Nakamoto's longest chain, seriously undermining PoW's economic incentive model, and it was completely "random."

Putting aside hashing power to avoid battle or not, rolling checkpoints will inevitably have a lot of impact on BCH. Take this large coin loss event as an example.

Thinking about the nature of cryptocurrency? It's freedom, a crypto-punk-like freedom. Take bitcoin as an example. When and where do you want bitcoin to transfer money to any kind of people in any country, this is your freedom, and no one can stop your freedom.

This is why the old cat said before when he preached that Bitcoin for the first time technically guarantees that "private property is sacred and inviolable."

What BCH has to do now is to further expand the concept-for the first time, BCH guarantees "transaction 10 confirms sacred inviolability" from a technical perspective.

Why do you say that, because in essence, BTC can recover coins through the miner's double spend, which is why CZ considered this method after Binance was stolen last time. And more than 51% of the computing power is in China, so in theory, the Beijing Municipal Public Security Bureau can send several police officers to the first three mining pool companies (all in Beijing). The software system, technical staff, and Alibaba Cloud server of the mining pool (used to dispatch computing power) are all under the control of the police. When the mining pool faces the police, will it obey the law and launch a 51% double-spend attack on BTC?

On the BCH side, more than 10 confirmations are absolutely impossible, unless you can get the head mining pool at the same time, the development team, let hundreds of exchanges around the world and the majority of BCH users, develop a new version and everyone switches over, from From this perspective, this is true decentralization.

And returning to the "freedom" just mentioned, wherever Bitcoin or BCH cancels a transaction by rolling back due to some special cases, as long as it happens once, maybe this "Liberty Tower" will burst out. collapse. In the history of Ethereum, the "rollback" of the DAO incident caused a crit to the entire crypto community that believed in "Code is Law" at that time, and if this happened to the originator of the blockchain, or totem's bitcoin The damage caused is bound to far outweigh the DAO incident that year. BCH's rolling checkpoint can be said to completely avoid this possibility.

Putting aside the battle of computing power, although BCH's rolling checkpoints seem to protect the user's property, but in its essence, this is no longer PoW.

What is Bitcoin's most disruptive and brilliant design? In other words, compared with the electronic cash such as Egold that failed before, what is the greatness of Bitcoin?

How to solve it?

I. Timestamp -The timestamp function is the core of Bitcoin, so that Satoshi Nakamoto called the Bitcoin system a "distributed and secure timestamp server".

Second, PoW -In this distributed system, whoever timestamps the time stamp, through proof of work (PoW), who can preemptively calculate the hash value falling within a certain range, whoever can timestamp. Next, how does this timestamp get consensus? Rely on the principle of the longest chain, that is, the decision of most computing power. Proof of work plus the longest chain principle is also known as Satoshi Nakamoto consensus. Consensus is the most core part of all blockchain systems. Its essence is to achieve distributed time stamping services.

At the earliest, someone once asked Satoshi Nakamoto about the longest chain in the forum: "What if the" bad guy "has more computing power than the" good guy "? "

Then look back at BCH. Now, BCH has designed a checkpoint every 10 blocks, that is, as long as the honest miner can't run the evil within 10 blocks, the record of the evil will remain in the chain forever on. This is no longer the original intention of Bitcoin. It's not even PoW anymore. The original design of Bitcoin was that as long as the computing power of the perpetrator failed to match the computing power of the honest miner, the record of the perpetrator would not remain on the chain.

Deeper, is the nature of cryptocurrency, or blockchain, the so-called "crypto-punk-like freedom"? The opponents represented by BSV obviously do not think so. In their view, Code is Code, Law is Law, the true nature of cryptocurrencies is not this "anarchical freedom" but trust. A global trusted ledger driven by technology and economic incentives. Rolling checkpoints have strengthened the branding of Code Is Law, but at the same time strengthened centralization (refer to the previous period during the BCH upgrade, the mining pool united to play 10 empty blocks to launch a 51% attack to defend the BCH paragraph).

What do you think of the 10-block rolling checkpoint design of BCH? Is it "a technical guarantee that transaction 10 is confirmed to be sacred and inviolable", or "a centralized method that undermines the principle of the longest chain of POW", welcome to discuss PK in the message area.

The number of LongBit users of the public trust investment exchange exceeded 100,000

Media: IDAX, the old exchange, was run by the gateway

Chang Yong: Ao Bencong said that he is Nakamoto, some basic logic can't be said. 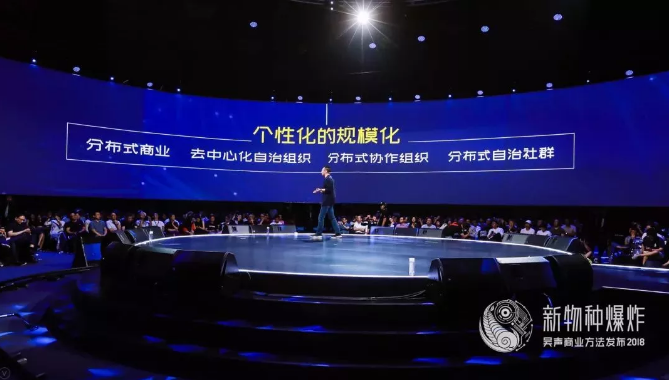