Over the past decade, blockchain, Bitcoin (BTC) and other cryptocurrencies have upended everything that the rich have come to know, including banks, hedge funds, law enforcement, healthcare and real estate. Blockchain technology and cryptocurrencies will revolutionize many industries, and this is just the beginning.

As we all know, blockchain technology has the ability to revolutionize the world, everyone is passionate and excited about cryptocurrencies, and many rich people in the world have expressed different opinions. For example, some billionaires, such as Warren Buffett, are staunch Bitcoin critics, while others, such as Tim Draper, are avid cryptocurrency supporters.

According to the Forbes list in 2019, Jeff Bezos is the world's richest man with a net asset of $ 130 billion. Amazon's founder, the e-commerce giant, has been rumored to have invested in Bitcoin many times. In addition, Binance CEO Zhao Changpeng reportedly said he hopes Bezos' online retail giant will be the catalyst for the next Bitcoin bull market.

However, no rumors have been confirmed, and Amazon has rejected any plans to accept Bitcoin or any other cryptocurrency on its platform. The only blockchain development project related to Jeff Bezos was a 2018 partnership between Amazon and the cloud computing division of a blockchain startup called Kaleido.

With more than $ 100 billion in net worth, Bill Gates has been among the richest in the world for quite some time. Although Gates showed enthusiasm for Bitcoin as early as 2014, he said in an interview with Bloomberg that Bitcoin is better than any currency, but he has since retracted the remarks, noting that the anonymity of digital currencies is not Conducive to trading.

In addition, Gates said in an interview with CNBC in 2018: "Bitcoin and ICOs are completely speculative." But, like most critics, he added that blockchain is the underlying technology behind most cryptocurrencies It has its advantages.

Buffett is a long-time critic of Bitcoin and cryptocurrencies. Prior to Berkshire Hathaway's 2018 annual shareholder meeting, Buffett called Bitcoin a "mirage", "probably the square of rat pills" and "not currency."

However, in a recent interview, Tron CEO Sun Yuchen said that Buffett is very open to new technologies. Despite Buffett's acceptance of Sun Yuchen's Ton (TRX), Buffett still insists that he does not own any cryptocurrency and reiterates that he will never own cryptocurrency because the value of cryptocurrency is "zero".

Bernard Arnault's business empire covers more than 70 brands such as Sephora and Louis Vuitton. Since the acquisition of Christian Dior in 1985, Ranked among the richest in the world. Since then, his luxury brands have continued to grow, and according to Forbes, sales have reached record highs, especially in 2018.

Although there is no official comment from Arnault on Bitcoin or blockchain technology, the report shows that the billionaire worked with Microsoft Azure and ConsenSys last year to develop a blockchain platform that will track products produced by LVMH.

Reports on Arnault's blockchain and crypto-related issues also include his refusal to participate in the establishment of a Belgian crypto trading company called Abesix Belgique.

Oracle co-founder Larry Ellison is worth more than $ 50 billion, making him the seventh richest person in the world. He is one of the few billionaires who has shouted bitcoin and published positive comments about the advantages of blockchain technology.

A 2017 Business Insider article cited Ellison as saying that people usually think of blockchain in the context of Bitcoin and other cryptocurrencies, but more and more people outside the financial industry Companies such as the legal, real estate, and shipping industries are using blockchain technology to replace long-established authentication systems.

After Facebook launched a stablecoin cryptocurrency called Libra, many expressed concern that if all Facebook users use Libra as a currency, most fiat currencies in the world would be harmed.

However, despite onlookers' concerns that Libra poses a threat to currencies including bitcoin, Zuckerberg insisted: "When we do very sensitive things in society, we want to allow a period of time to talk and talk with People negotiate, get feedback and address these issues before rolling them out. "

Zuckerberg has been positive about blockchain technology since 2018, saying: "Technologies that support Bitcoin can help improve Facebook in the future."

In addition to being listed as one of the top ten richest people in the world, Michael Bloomberg is currently running for the Democratic presidential candidate in the 2020 US presidential election. Unlike other high-level politicians, including U.S. President Donald Trump, who have a negative view of Bitcoin and Facebook's Libra, Bloomberg has shown a relatively positive view of crypto and blockchain technology.

The media quoted Bloomberg as saying: "Cryptocurrencies have become an asset class worth hundreds of billions of dollars, but regulatory oversight remains fragmented and untapped." He also added: "All commitments on blockchain, Bitcoin and ICOs There is also a lot of hype, fraud and criminal activity. "

Bloomberg's policy on financial reform has received much attention. The former New York City mayor sees cryptocurrencies as an asset class and included policies to protect consumers from crypto-related fraud in his campaign and clarified the role of cryptocurrency regulators by defining the framework of an ICO.

Some other billionaires with strong ideas for crypto

Bridgewater Associates founder Ray Dalio said in a recent interview with CNBC that he responded to concerns about the state of the global economy: "The monetary policy we are in can no longer stimulate the economy as before."

However, Dalio did not advise those who are worried about the upcoming global economic downturn to Bitcoin, still thinking that gold is much better than Bitcoin. According to Dario, "Currency has two purposes: a medium of exchange and a reserve of wealth. Bitcoin is now ineffective in both cases."

Dario pointed out in an interview that Bitcoin's volatility is too great to serve as an appropriate value storage tool.

Recently, Elon Musk has been getting attention for his mysterious tweets about Bitcoin. Although Musk sees the value of Bitcoin, he believes that Bitcoin is mainly used for illegal transactions:

"This is angering cryptocurrency people, but some transactions are outside the jurisdiction of the law."

He further added that although he considers "cryptocurrencies to be a valid alternative to cash", he does not see it as a major alternative. Granted, Musk did not fully recognize cryptocurrencies, but he acknowledged that the financial industry is changing and banks need to beware.

According to a 2018 Bloomberg article, Jack Ma issued a warning against cryptocurrencies, announcing Bitcoin as a potential bubble. Jack Ma has revealed that he paid special attention to Bitcoin and blockchain technology in the past, especially their ability to build a cashless society.

At the recent 20th China Science and Technology Association Annual Meeting, Jack Ma still insisted that Bitcoin could become a bubble and pointed out that blockchain is "the key to unlocking a treasure trove of effective new technology tools."

Mike Novogratz, CEO and founder of cryptocurrency commercial bank Galaxy Digital Holdings, and former manager of Fortress Investment Group, correctly predicted that Bitcoin will reach the $ 10,000 mark by the end of 2017. He insisted: "Bitcoin will become digital gold." According to Novogratz, Bitcoin is "the only coin in the world with a legal pyramid scheme. Just like gold." It is reported that Novogratz has approximated his wealth 30% invested in cryptocurrencies.

In September 2019, venture capitalist Tim Draper doubled his previous forecasts for Bitcoin to reach $ 250,000 in 2022, adding that these forecasts were "conservative."

Draper has been bullish on Bitcoin since June 2014, when he bought bitcoins that were seized and auctioned by U.S. marshals. The total value of the bitcoin he owned at the time was estimated at $ 19 million.

Recently, Draper revealed in an interview with CNBC that six months ago, he withdrew his wealth from the stock market and used more wealth for his Bitcoin portfolio.

After the Bitcoin price soared in 2017, the two Winklevoss brothers became the first Bitcoin billionaires. As the founders of cryptocurrency exchange Gemini, they claim to have about 1% of the total bitcoin in circulation.

Winklevoss twins revealed in an interview that they believe Facebook's Libra is positive for the cryptocurrency space. In addition, according to CNBC, the twins talked to Mark Zuckerberg last year before Facebook announced its Libra stablecoin.

PayPal's former CEO and co-founder, Bill Harris, is one of the toughest bitcoin critics, calling Bitcoin a scam in an article written in 2018.

In an interview with CNBC, Harris pointed out his position, stating that "there is no relationship between value and usefulness" in Bitcoin and crypto space. But, like most critics, Harris agrees that blockchain technology has "great applications." 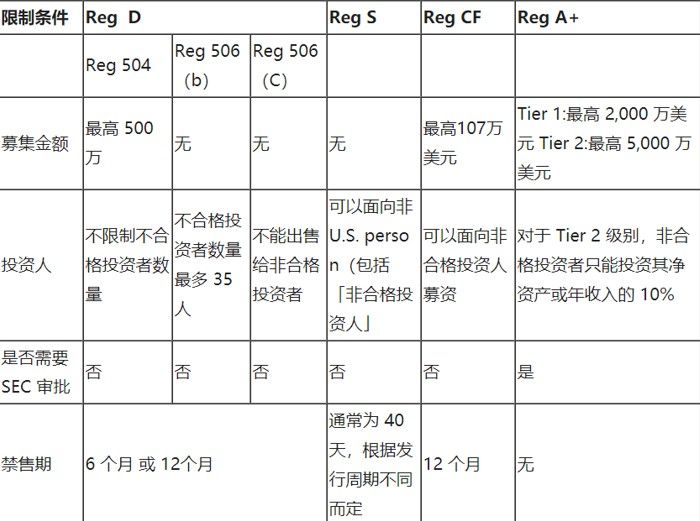 Bitwise: There are only 10 Bitcoin exchanges with real trading volume

The secret of the currency is well known: the so-called wealth freedom is nothing but a plunder