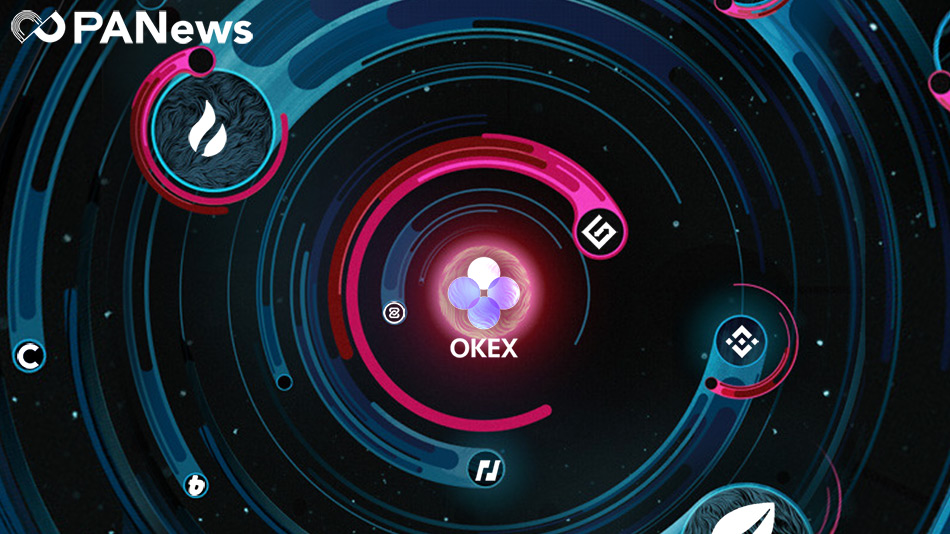 Just 20 days ago, on February 10th, after OKEx took the lead to destroy all 700 million OKBs that were not issued, the platform coin market was filled with smoke instantly. In one fell swoop, the "halving market" became a new growth sector.

Huobi also followed suit, issuing monthly destruction announcements, the latest destruction of 147 million HT, and the release of the public chain beta version. The two exchanges secretly competed. At present, only Binance has not had much movement for the time being.

Is destruction and repurchase a short-term market to quench thirst, or is it a long-term plan beneficial to the exchange? Looking back at the stock destruction in the US stock market for more than 30 years, we may find the answer.

Corporate repurchase and cancellation of shares will reduce the number of shares outstanding, which will increase earnings per share. At the same P / E valuation, the stock price will rise. The SEC has opened legal channels for stock repurchase for listed companies since 1982.

In recent years, stock repurchase in the US secondary market has reached a record high. According to a recent report released by the Tianfeng Securities Research Institute, in 2018, the share repurchase of US listed companies reached 1.085 trillion US dollars, accounting for nearly 3% of GDP and 125% of operating profit, all hitting record highs. Around 1982, US listed companies used only 4% of their profits for repurchase, and in the seven years from 2011 to 2018, this number increased to an average of 53.7%. American auto parts maker "Auto Zone" Auto Zone, this company has not seen significant changes in business volume over the past few decades, but the earnings per share has increased by 36 times, and the stock price has been rising from 26 dollars to the highest During the period of $ 1274, the stock price rose 48 times.

The reason may be that the company's management generously repurchases and destroys the company's shares, and promises to repurchase a minimum of 5% of the outstanding shares every year. In some years, the repurchase rate reached 8%. Over the past 19 years, the outstanding shares have fallen from 14 million shares to 2 million shares, a 7-fold deflation, and the destruction of up to 86% of the shares, followed by a stock-like rise.

The deflation model and changes in supply and demand have a strong impact on stock prices.

OKEx sets off a wave of platform coin destruction, and exchanges follow up

On February 10th, with the announcement of "Exchange public chain OKChain test online" by OKEx Exchange, the long-awaited platform coin section was pushed to the forefront. In addition to revealing the development direction of the OKEx public chain, the announcement also thrown a heavy message to the market that the remaining 700 million platform coins OKB that are not yet issued will be destroyed. At this point, OKB has achieved full circulation.

The news was like a deep-water bomb, and the market was suddenly noisy. According to the OKB price on the day of the announcement, the market value of the destroyed OKB was as high as 3.5 billion U.S. dollars, the largest amount of platform currency destruction. A large number of destruction caused a sharp reduction in chips, and the price of OKB rose sharply immediately. As of 11:00 on February 11, the 24-hour increase of OKB reached 46%.

OKEx's demonstration effect has attracted the attention of other trading platforms. Subsequently, ZB Exchange also issued an announcement saying that it would abandon all the 293 million ZB coins held by the team and destroy them, and at the same time, 107 million ZB of user protection funds would be destroyed.

Immediately after, FCoin issued an announcement that night, destroying all 720 million FTs held by the team. Shortly after the announcement, FCoin fell into a state of downtime. The next day, FCoin announced that it would continue to announce system maintenance time extension announcements.

It is quite dramatic that on February 17th, Zhang Jian published the "Truth Announcement" on FCoin, announcing that he could not honor the user's 7000-13,000 bitcoins, and the user began to organize rights protection, and Zhang Jian fell into a turmoil. Some investors joked that FCoin's destruction of FT is accompanied by a one-time destruction of the platform and will never be repurchased.

Affected by market public opinion, Huobi quickly released an announcement on February 10, "A notice about the Huobi Chain and HT's new rules coming soon." On the last day of February, the new rules were officially released. Huobi Global decided to permanently destroy the HT of all operating parts, as well as some of the HT of investor protection funds from the secondary market repurchase and other income in the first and second quarters of 2018. A total of 147 million HT were destroyed. HT has entered a new phase of "absolute deflation".

In addition, the exchanges Matcha and Gate.io have released information to follow up on the destruction. At present, only Binance is following its own route, and there is no news to modify the destruction rules.

The total destruction of the three major institutions reached US $ 4.6 billion, with OKB accounting for 76%

Specifically, BNB began to be destroyed in the third quarter of 2017. As of the fourth quarter of 2019, the cumulative number of destruction was 16.71415 million. Based on the BNB price at each destruction, the total destruction market value was US $ 248 million. HT began to be destroyed in the first quarter of 2019. As of February 29, the maximum destruction was 193.544 million. The total destruction market value was 860 million US dollars based on the HT price at the time of each destruction. OKB has been destroyed since May 2019. Currently, the total number of OKB destruction is 717 million. Based on the OKB price at each destruction, the total destruction market value is US $ 3.551 billion. According to the indicators of total market value of total destruction, BNB is currently in a state of "behind the scenes", and the market is also looking forward to whether Binance will follow up and increase its destruction.

What cards do you keep destroying?

The passers-by are not hesitant, the followers can chase. At present, OKEx and Huobi have entered the stage of absolute deflation. The future destruction will compete against the true profitability of the platform.

The main sources of funds for exchanges are "transaction fees" and "equity income (listing fees / discounts / new sales / UP sales)". As for the statistics of the exchange, it is temporarily unknown.

"What we want to do is a long-term business, so we will never do things that overdraw the future value. The basic value support of OKB has not changed, and we will still use the revenue of the OKEx platform to carry out real gold and silver repurchase, and will strengthen Repurchase efforts. "OKEx Chief Strategy Officer Xu Kun said in an interview with the media, which included considering contract revenue to be included in repurchase destruction.

Including the revenue of products such as contracts into repurchases will undoubtedly be a trump card of OKEx.

From decades of experience and history of US stocks, it can be seen that the way of repurchase and destruction is conducive to market development and rising stock prices. Regarding the destruction of this matter, regardless of the ultimate intention of the exchange's destruction of the repurchase, it is essentially to accelerate deflation. OKEx has played a pioneering role in this matter, and Huobi is also closely followed by platform currency. Empowerment. At present, the market is waiting for the voice of Binance, but it is worth mentioning that in the second quarter of last year, Binance temporarily changed and did not repurchase from the secondary market to destroy, but instead destroyed the tokens held by the team and raised doubts.

The performance rules are regularly destroyed, absolute deflation is achieved, and services are continuously innovated and optimized. This is all the way to empower platform coins. The competition on the exchange is a "long run." In the short term, this destruction war is a major event. Looking to the future, it is the market trend.

National Development and Reform Commission Zhang Kailin: New digital technologies such as blockchain as an important support for improving the national governance system

The volatility product "Turtle Bunny Card" is available, is the coin derivative a devil or an angel?