On March 2nd, the seventh session of Babbitt Industry Orientation Class was officially launched. Ms. Yan Yan, deputy dean of the Digital Asset Research Institute, gave a lecture on "Dialective Thinking: A New Opportunity for Blockchain and Risks Coexisting in the Future". The main points of this lesson include: 1. Blockchain will usher in great development after the epidemic; 2. Core models of blockchain + industry applications; 3. New breakthroughs in digital assets and digital finance.

Meng Yan is a senior practitioner and researcher of blockchain, with multiple identities. He is the vice president of the Digital Asset Research Institute, the founding partner of Ruixin Capital, the vice president of CSDN, and the sponsor of the Token Thinking Lab. Meng Yan proposed the concept of "token economy" in 2017, and designed a "chain reform" plan for many entities. He also co-authored blockchain books such as Blockchain Decade, Libra, a financial innovation experiment, and more.

The following is the highlights of this lesson 30%. To view the full version, please click: "Dialective Thinking: The New Opportunities and Risks Coexisting in the Future of Blockchain"

Blockchain will usher in big development after the epidemic

After the epidemic, China's blockchain industry will usher in a huge development opportunity, which is based on four logical judgments:

1. The epidemic prompted China to rethink a new round of IT infrastructure upgrades. This epidemic has exposed the problems of our social governance system, crisis response system, inter-agency collaboration and coordination, and blockchain can play a role in these links;

2. Global digital currencies and digital finance will accelerate. The United States and Japan have recently made some moves. Japan is about to start the supervision of the legalization of IEO; U.S. SEC Commissioner Hester Peirce has published a Token Safe Harbor proposal to provide a "safe harbor" for some crypto startups;

3． The objective background of the US election and the Chinese epidemic may drive them to implement the real economy revitalization plan and credit easing to stabilize the economy and boost the stock market;

4． The popularization of block chain learning under the national strategy and the 14th Five-Year Plan.

How does the blockchain achieve the de facto chain?

Blockchain has two main battlefields, one is "digital currency and digital finance" and the other is "pure chain application" . Everyone understands the former, but the timing is immature, the risks are very high, and China's supervision is very cautious; the latter is in accordance with the direction of the "10.24 Speech" and is strongly advocated by policies.

The difficulty of blockchain application lies in understanding. Meng Yan decomposed the blockchain mechanism into 7 steps and explained the true meaning behind the complex terms. So, how exactly does a blockchain implement a de facto chain? First, we need to create a distributed ledger that prevents tampering and achieves fairness. Second, we need to ensure that the data on the chain has been verified by multiple parties and is credible through responsive data integration and cross-validation . At the same time, we also need to ensure that the entire process does not interfere with and disrupt the data and processes within the collaborators, at which time incentive mechanisms and error correction mechanisms are needed.

Through two cases, Meng Yan explained in detail how the blockchain can play a role in the "transit trade" and "crisis response system". The key to grasp the four core elements of blockchain technology:

(1) Decentralization of powers and responsibilities: through cross-border interest deployment to meet the needs of peer-to-peer collaboration between entities; (2) reactive information sharing: respect the data sovereignty and governance of each node, only requiring The reaction method shares information with collaborators; (3) Cross-validation: each node cross-validates a statement based on its own private data; (4) Incentives: Issue incentives for contributing nodes.

In addition, the blockchain has applied cases in the following scenarios:

DeFi has the opportunity to become a breakthrough in digital finance

We must not ignore the inevitable trend of the "digital economy". The "Decision" of the Fourth Plenary Session of the 19th Central Committee added "data" as a factor of production for the first time, and proposed that data has a multiplier effect on improving production efficiency. This will bring a major change, that is, numbers will become assets. It contains two meanings: asset digitization and digital assetization.

In addition, some new trends in global digital asset supervision in 2020 are also worthy of attention, especially the Token Safe Harbor "safe harbor" proposal issued by US SEC Commissioner Hester Peirce. The proposal proposes a three-year exemption for token financing of decentralized applications, and will in fact restart the ICO in the United States.

Meng Yan said that this will benefit the decentralized blockchain system and DeFi. DeFi stands for Decentralized Finance, which is a financial service created using smart contracts on the public chain (currently Ethereum). The DeFi market has grown rapidly in the past year and is less affected by market fluctuations. It is transparent, open, and composable. DeFi provides huge imagination, especially its " financial Lego " feature, which is not available in traditional financial markets. There are still a lot of blank areas in the DeFi market, waiting for entrepreneurs to find opportunities and occupy the market. 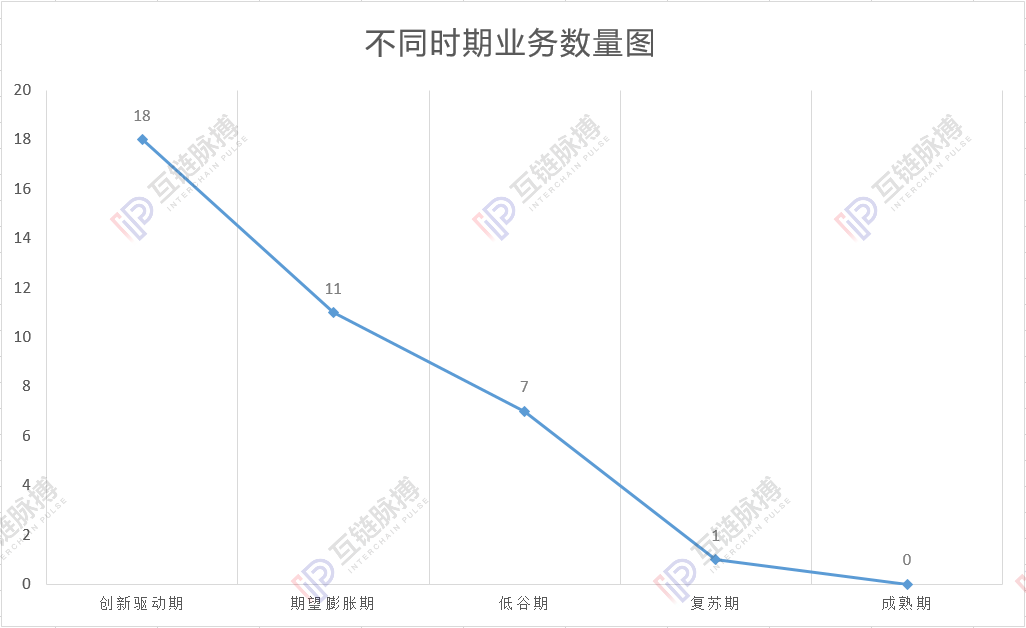 Gartner reports: Blockchain business is facing a test, the industry is still dark