In the Silicon Valley venture capital circle, "PayPal gangster" is an inevitable topic. This statement first appeared in Fortune magazine, describing the early position of PayPal employees in the US Internet industry. Since PayPal was acquired by eBay in 2002, early PayPal employees have chosen to start their own businesses, maintain close ties with each other, invest in each other, and support each other, just like a mafia organization controlling this US technology industry.

In the cryptocurrency industry, there is also such a "gangster", which is "Coinbase Gangster".

San Francisco-based Coinbase is one of the most important companies in the cryptocurrency industry and has a huge influence. The company recently disclosed a valuation of $ 8 billion, but the employees derived from Coinbase are as impressive as its valuation. Similar to PayPal, many of the early employees of Coinbase chose to set up their own portals to start a business in the blockchain world. They launched cryptocurrency investment funds, various underlying protocols, and decentralized applications. And, they take care of each other and invest in each other, which is already the mainstay of this industry.

What's the point of researching the "Coinbase Gangster"?

We believe that opening the network of "Coinbase Gangsters" can help the industry better understand the following information:

Coinbase has proven to be one of the most successful companies in the cryptocurrency industry. Its early team is more experienced. The former Coinbase staff team has an advantage in identifying high-quality projects, and its network will also gather high-quality resources. Therefore, Coinbase projects are more likely to be high-quality projects, and Coinbase startups are more likely to succeed in the future. At this point, the "PayPal Gangster" startup has been proven in the Internet industry.

The "Coinbase Effect" is already a well-known secret in the cryptocurrency market. The so-called "Coinbase effect" means that once Coinbase announces that a cryptocurrency has announced that it will be listed for trading on Coinbase-related platforms, it will trigger a temporary rise in the price of the cryptocurrency. This is of course related to Coinbase's stringent listing standards for digital assets, and also because of its liquidity advantage. There have been many rumors in the market about "who will be Coinbase's next listing coin". Instead of blindly following rumors and gossip, it is better to make some more logical guesses through the distance between the coin and Coinbase.

In order to reveal the close relationship between the blockchain startup projects associated with "Coinbase Gangsters" and Coinbase, we have launched a "Coinbase Content" list, and use this list to select the projects that are most closely related to Coinbase.

With the help of the database resources of X-Order and Lianwen, we use X-Order's knowledge graph algorithm and machine learning model to analyze the relationship network of Coinbase. It should be pointed out that the "relationships" we analyze mainly include two types: 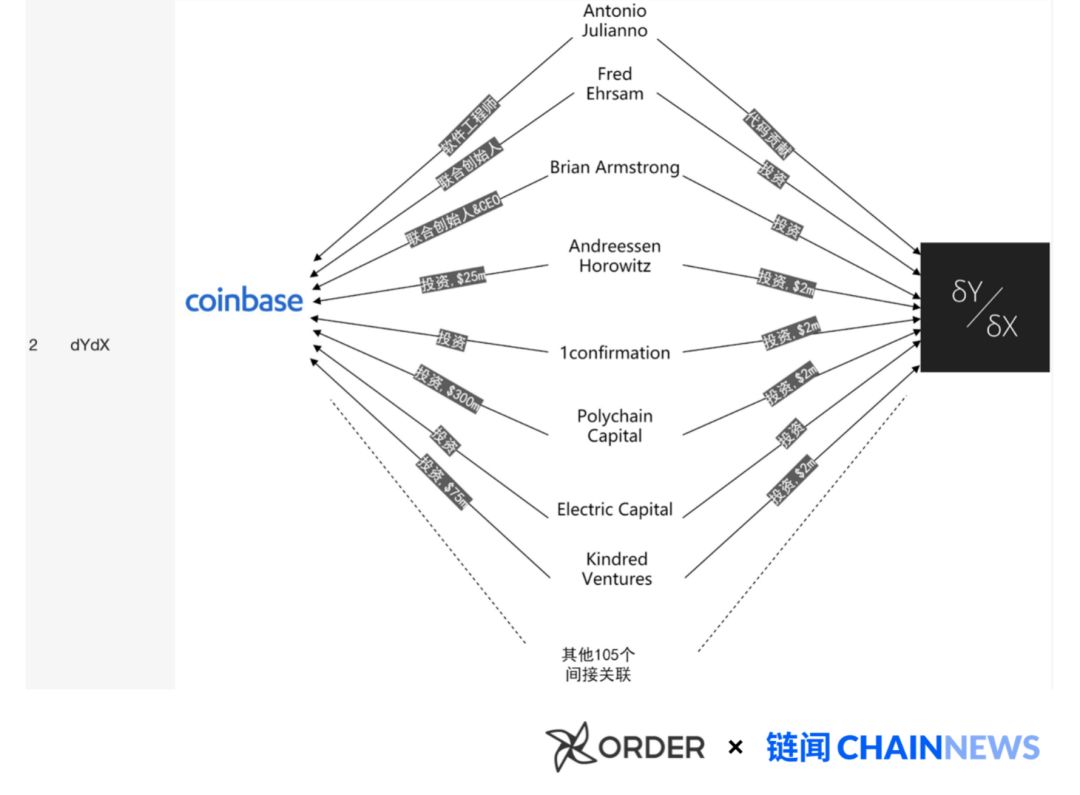 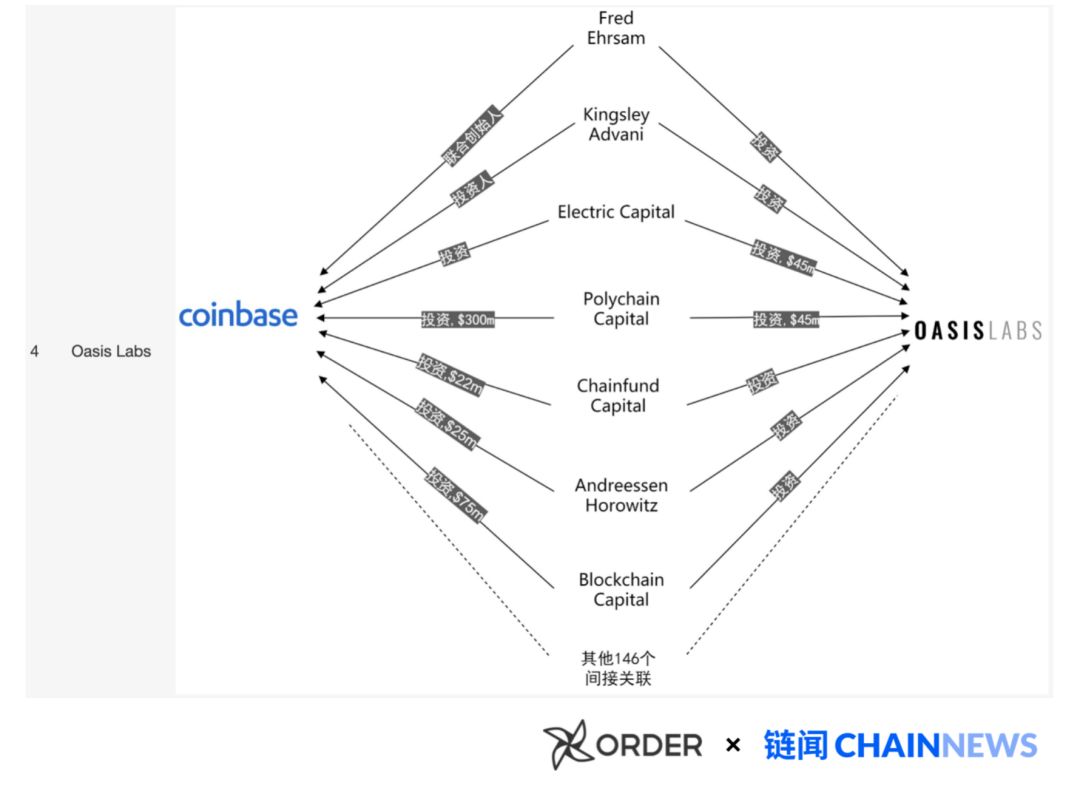 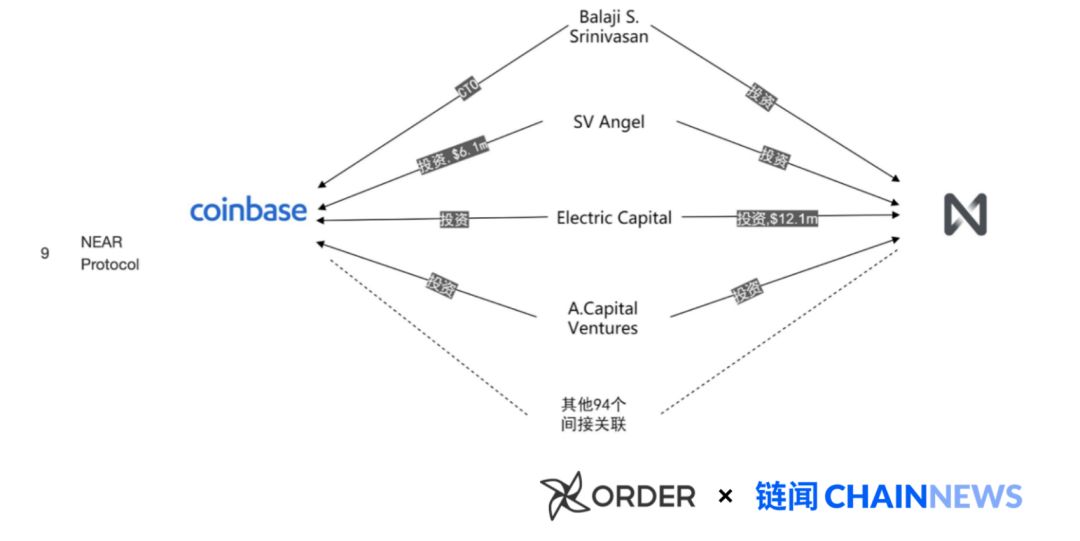 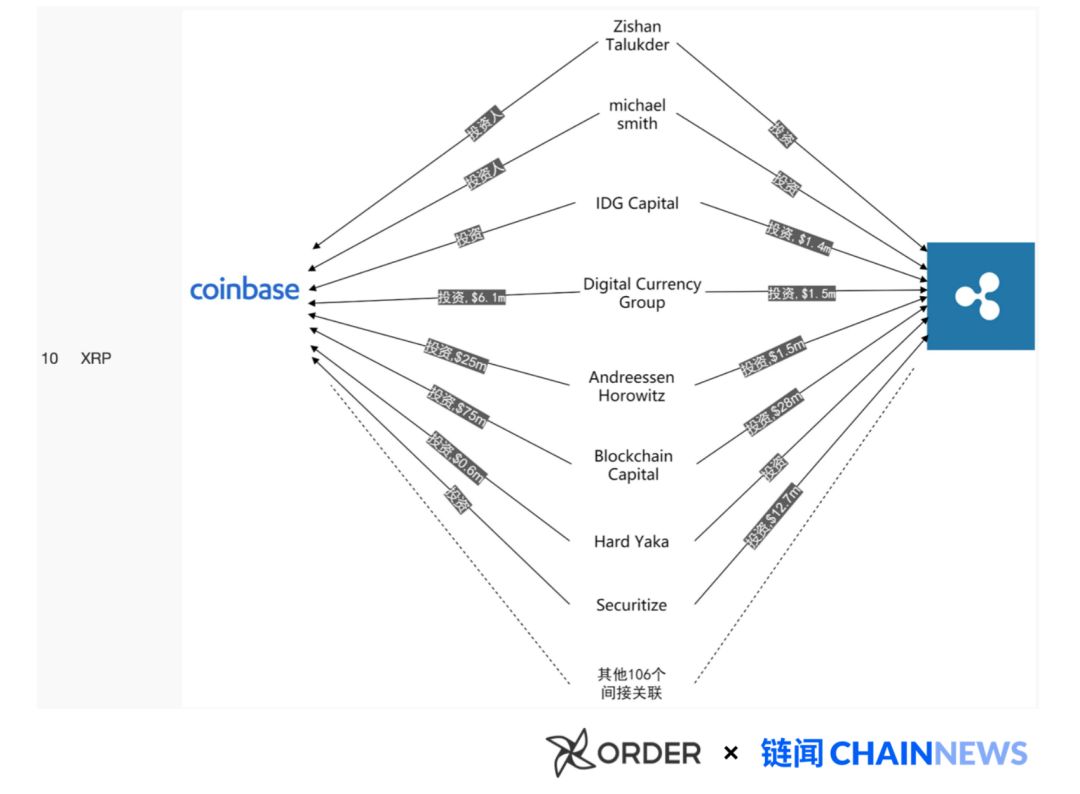 Note: The investment amount indicated in the figure is the total amount of this round of financing and may not be entirely contributed by the institution.

We also hope to use this knowledge map to predict which digital assets are likely to be listed on the Coinbase platform in the future.

So far, Coinbase has announced three batches of listing surveys, which gives us the possibility of backtesting the model. We modeled the items in the first three listing lists, and performed k-means clustering training on the logit regression model in the previous two Coinbase survey lists. We used the model we designed to simulate the "forecast" third survey list. A backtest was performed and the results verified our hypothesis.

The following is the result of the backtesting list of 17 items in the third batch of listings released by Coinbase in September 2019: 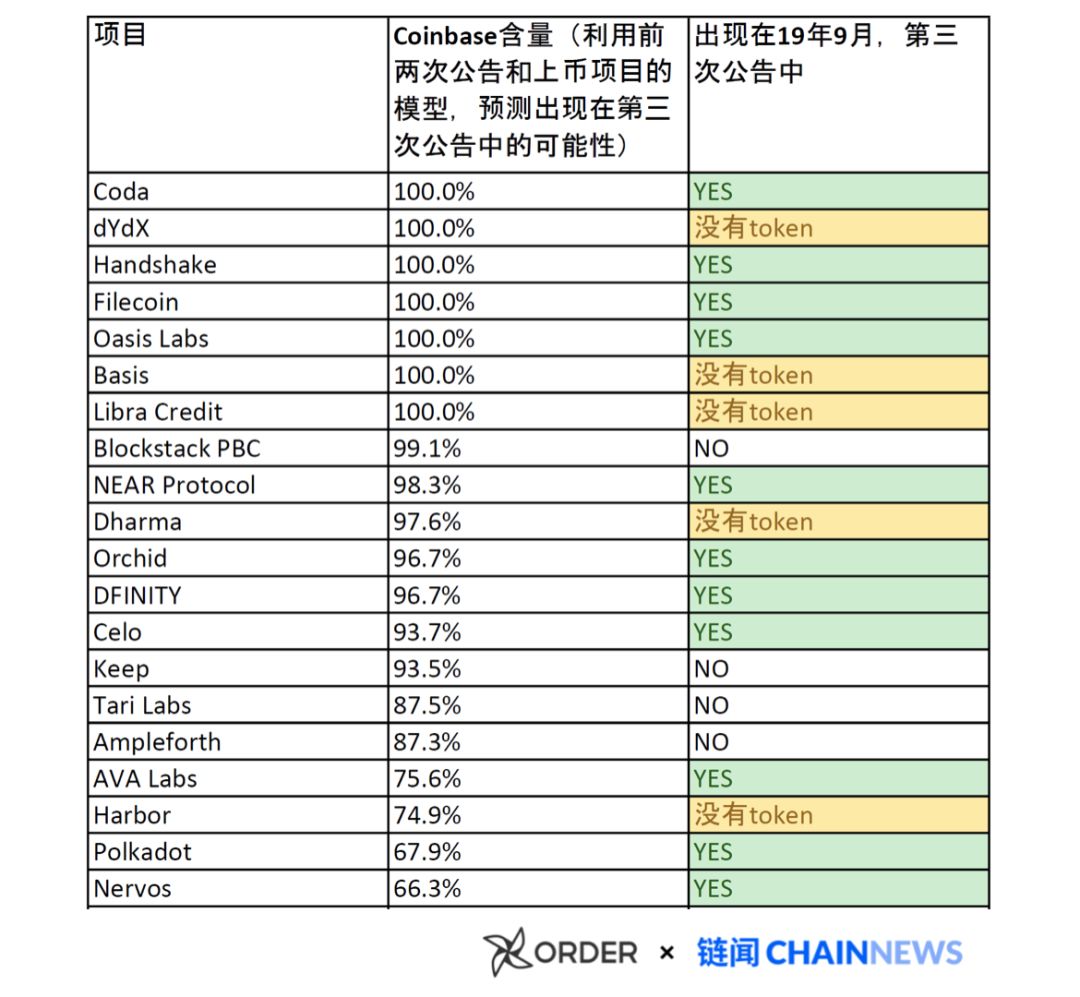 This result proves that the Logit model we found has a certain degree of confidence, which is in line with our hypothetical expectations. Then we used the first three survey lists as training set training models and made predictions for the fourth survey list: 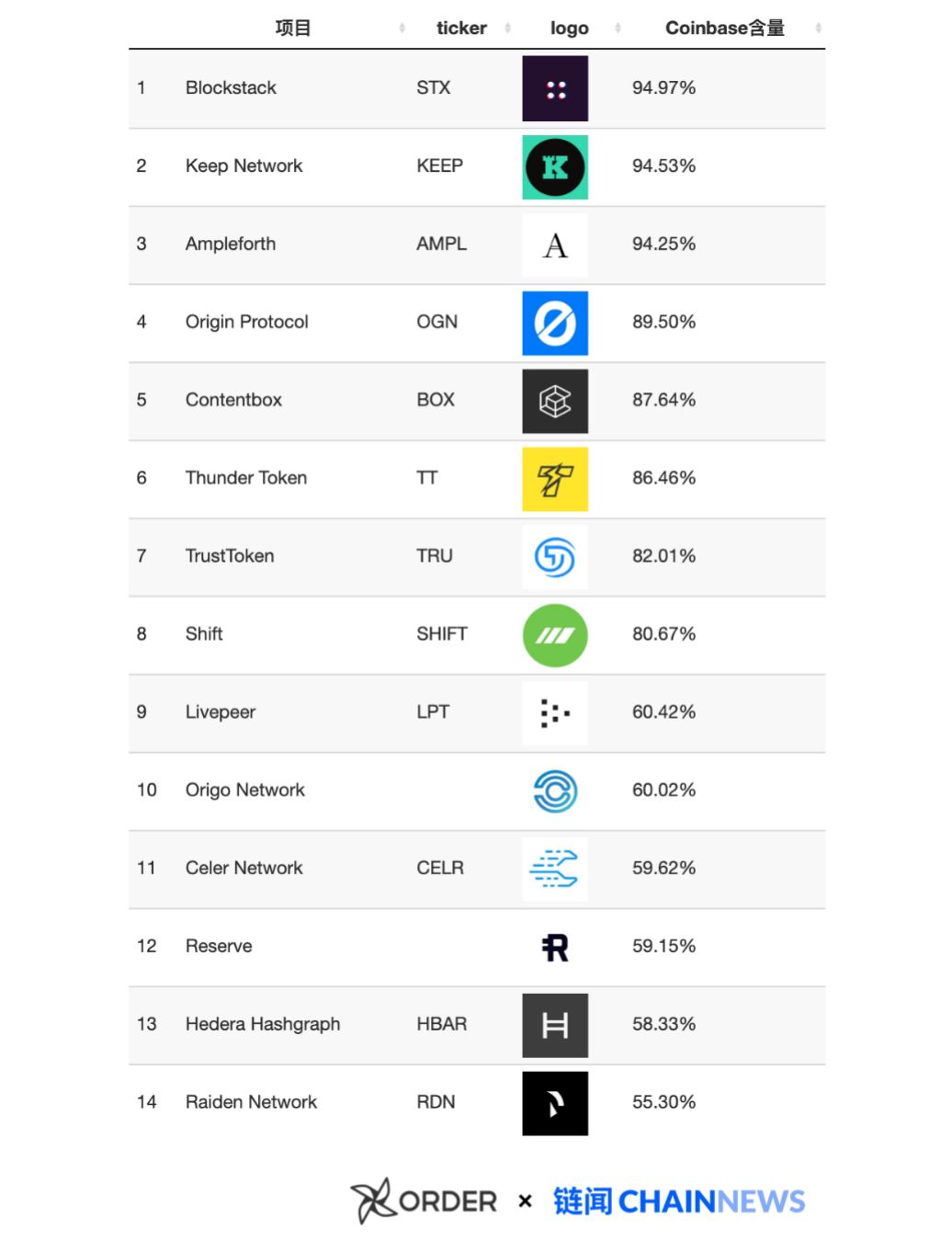 It should be noted that in this forecast list, we have removed some items that have not been issued coins, as well as some old items that have stopped updating or have lost their attention.

Coinbase, as an industry portal exchange, is cautious in listing, and there will be a certain probability of listing in the project under investigation, which will bring a lot of liquidity to the project. I hope that our model and prediction results will bring some clues to investors who are interested in the Coinbase listing plan and want to capture the investment opportunities in the "Coinbase Effect".

Blockchain Weekly | 25% down in a single day, is the bull market ending?

Encryption company Kik accuses the US SEC of distorting the facts