Summary: Since yesterday, the broader market has rebounded, and the performance of altcoins has been slightly stronger, but the inflow of OTC funds has slowed down, mainly in short-term fluctuations. Compared with the K line of mainstream platform coins, it can be found that the positive impact of the destruction on the project itself is more obvious in the context of the market's rise, and the greater the intensity of the destruction, the stronger the market's short-term response. In addition, in order to cope with the economic downturn, countries will take stimulus measures, which is good for the capital market in the short term, and it is also true for Bitcoin. 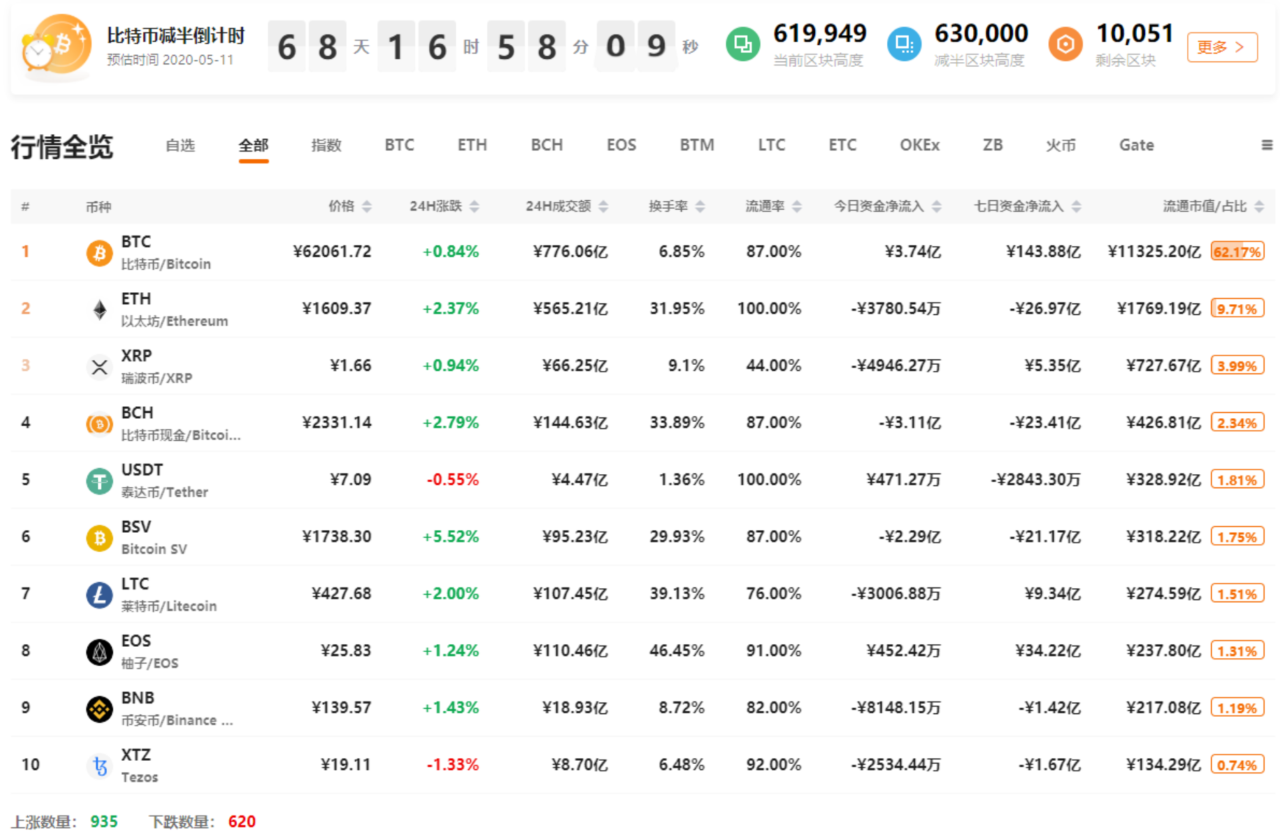 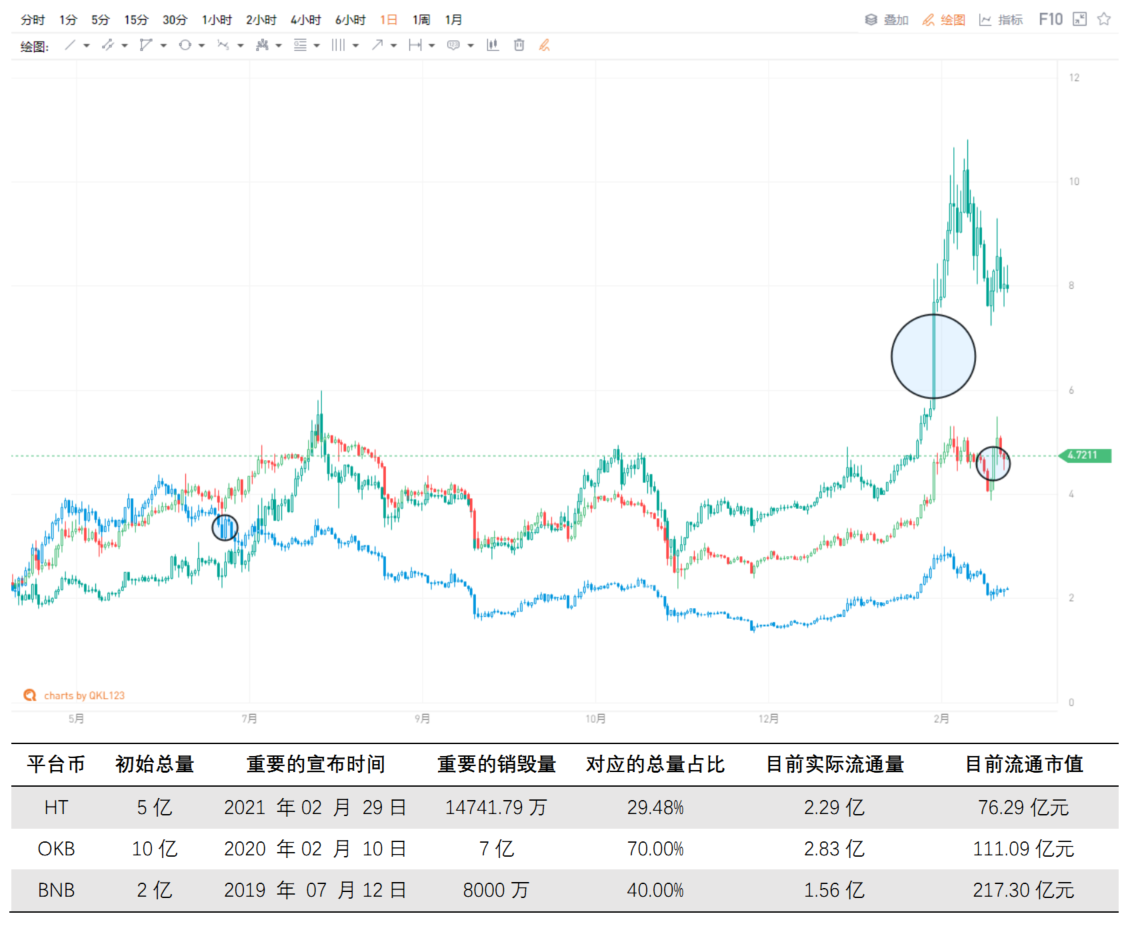 Halving and destroying both bring supply-side benefits, but they do not necessarily lead to price increases, because favorable backgrounds are also important.

Compared with the recently paid attention to platform currencies, we can find that OKB and HT, etc., have ushered in a sharp rise after the announcement of a large number of platform currency destruction: On February 10, OKB rose 36% on the day, while HT and BNB rose 19% respectively. And 8%; on February 29, HT rose continuously for three days before and after, the total increase reached 20%, while the performance of the platform coin leader BNB was flat, rising only 3%. It can be seen that the platform currency is mainly affected by its own news, and the greater the destruction, the more amazing the increase.

However, when BNB was destroyed in large quantities, it did not catch up with the continuous rise of the market like OKB and HT this time, but when the entire market continued to fall. On July 12, 2019, Binance announced that it would abandon 80 million BNB team shares. It increased by more than 10% on the same day. OKB and HT also had a significant linkage. However, with the rapid decline of the broader market, the positive trend did not reverse the decline.

In addition, yesterday's news, risk assets such as U.S. stocks and A-shares have rebounded sharply. This is a favorable release of the Fed's interest rate cut expectations and the domestic 25 trillion infrastructure plan in the context of the global economic downturn. And once the global economic downside risks further increase, countries will take more fiscal or monetary stimulus measures, which is a good thing for Bitcoin, especially after halving Bitcoin. 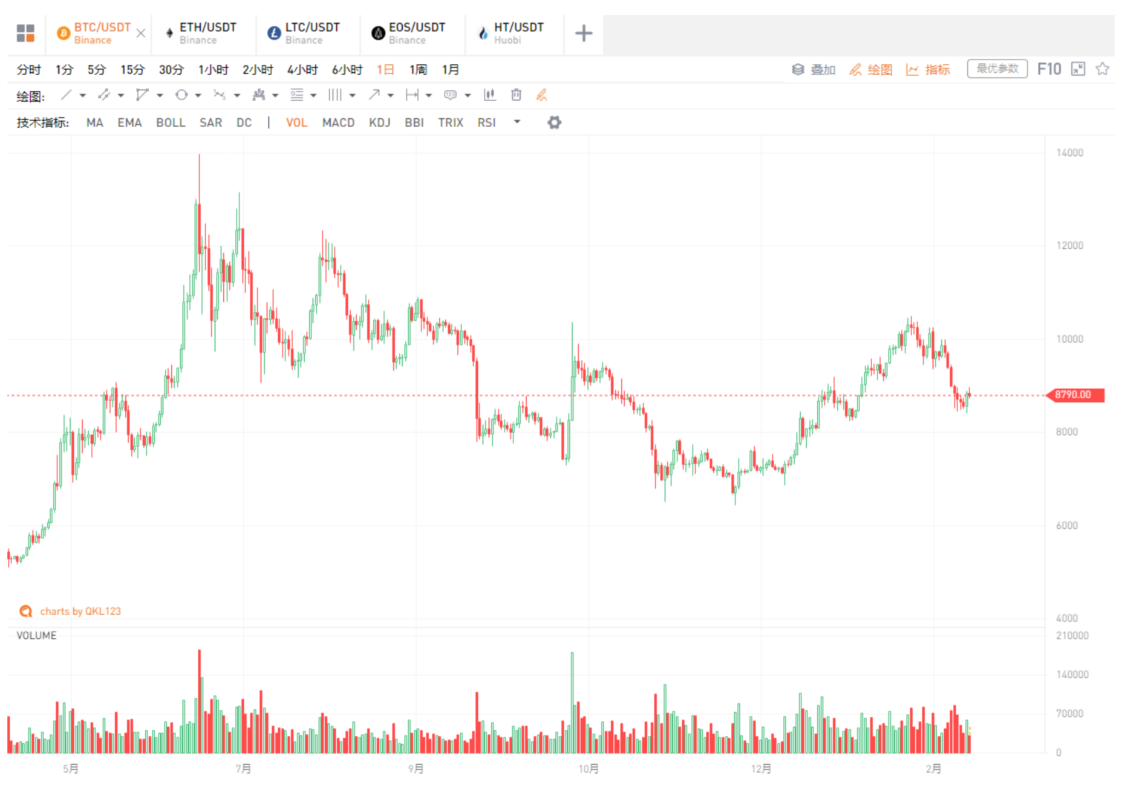 Yesterday, BTC rebounded rapidly from around $ 8,400. The short power was almost consumed, but the bulls were also slightly weak, and did not stand above $ 9,000. Currently returning to the 200-day moving average, or it will repeatedly confirm the trend, it is expected to go up a wave after it is determined. 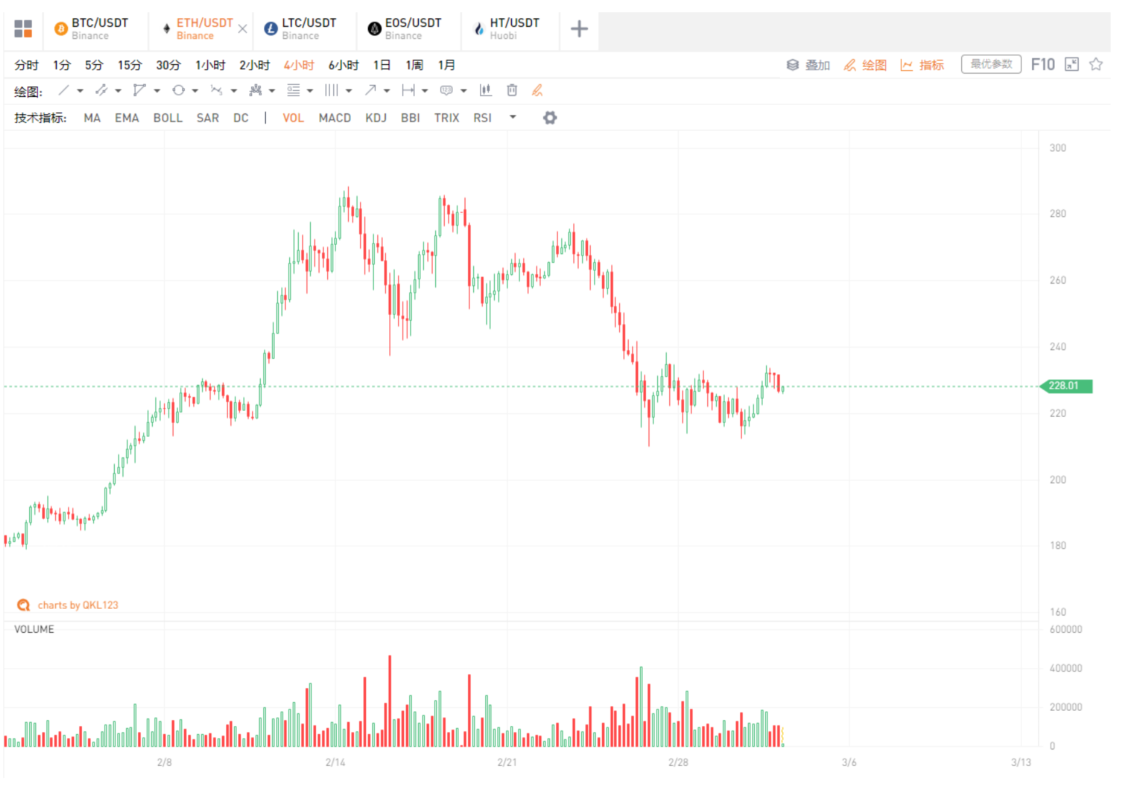 Relative to BTC, ETH has a stronger trend, but it is also linked to the downward trend, and the amount of shocks can shrink. It will continue to wait for Bitcoin to stabilize its 200-day moving average. 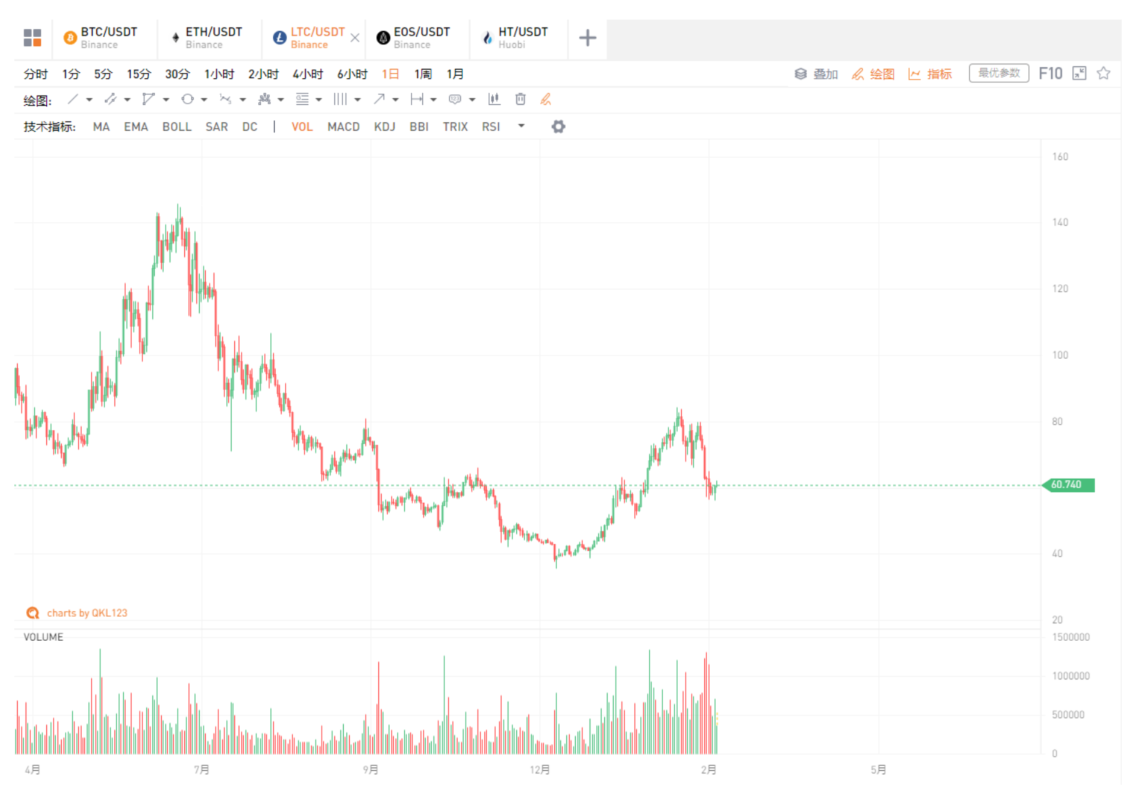 The amount of LTC upwards is average, long and short are deadlocked, and short-term linkage is mainly based on Bitcoin. 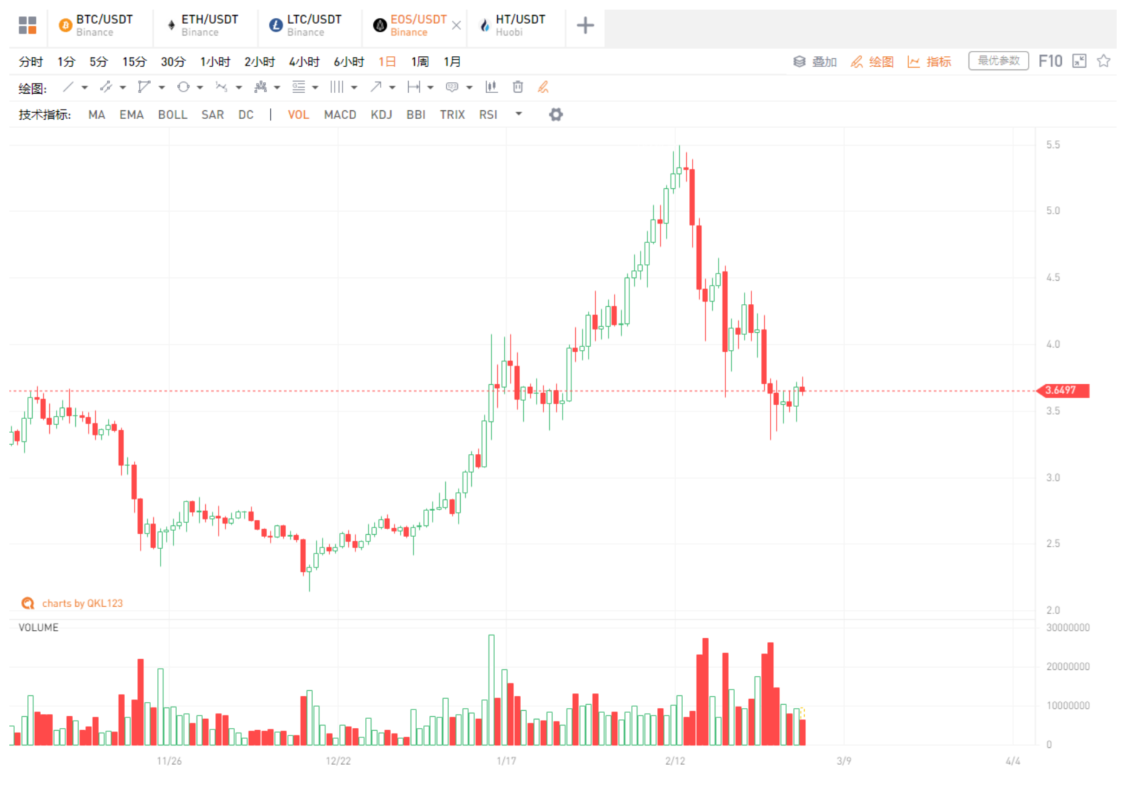 Affected by the large decline in the previous period, EOS rebounded strongly, and the signs of multiple counterattacks in the short term were more obvious, which played a certain supporting role in the stabilization of the broader market.

The shock stabilized and the small position was ambush low.

Outline of the Yangtze River Delta Regional Integration Development Plan: Strengthen the R & D and Application of New Technologies such as Blockchain

Bitfinex chief technology officer rethinks attack on Bitfinex, says it's important to keep a clear head before risk is lifted

Data analysis: the disk is weak, the main force is negative