This article Source: Odaily Daily Planet , author: the the

Since the beginning of this year, the OKEx platform destroyed 70% of the platform currency OKB at one time, announcing that OKB has since entered the era of absolute deflation. OKB rose sharply by 87.5%, reaching a historical high of $ 7.51, and led the overall rise of the platform coin sector.

For a time, many exchanges followed suit, and a new wave of destruction aimed at the absolute deflation of platform currency officially came.

Although it is a new bottle of old wine, why this wave of destruction will trigger a new round of platform currency rise? This article will analyze the value of mainstream platform coins around the issue of "absolute deflation".

First we assume some parameters.

M is the supply of platform coins, and its total issued amount is fixed; Shift the term and log the difference P (in the economic sense, the price change), and get:

At the same time, factors such as the platform coin ecological construction and function expansion will increase the demand T, so let these influencing factors be x𝑖:

Combining the above two formulas and taking the difference logarithm of P, we get:

This is indeed the case from the actual results. Taking OKB as an example, the ecological construction plan announced in the past few years has not had a greater impact than the direct destruction of 70% of OKB this time.

Second, the price analysis of the three major platform coins under the tide of destruction

After reading the commonalities, let's analyze specifically why there are major platform coins with destruction mechanisms, but the market performance is very different.

OKB originally planned to issue one billion, of which 10% was used for foundation operations, 10% was used for early shareholder purchases, 20% was used for team incentives, and 60% was used for ecological operations; and of these 60%, another 300 million OKB was distributed during the 2018 Spring Festival red envelopes and point-of-purchase pre-paid card to OKB activities, and entered the market.

In this wave of OKB destruction, OKEx directly destroyed 70% of OKBs that have not yet entered circulation. Since then, the existing OKB has only 286 million OKBs in circulation, and OKEx officials have subsequently announced that OKB's repurchase and destruction measures will remain unchanged and that contract revenue will be included in the repurchase funds in the future. Since then, OKB has become the first Absolute deflation platform currency. 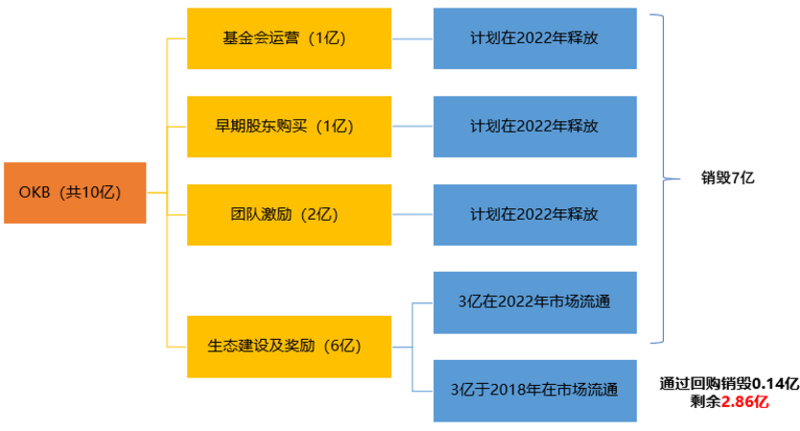 Combining formula (1), it can be seen that the destruction of 70% of the amount of OKB may bring about a 70% increase in price, and the market performance is more in line with the model results: On February 10, OKEx announced the destruction of 70% of OKB and also announced the launch of OKChain and OKDEX The two good news of starting the internal test, OKB rose 36% that day, closing at $ 5.37, and then rose to a maximum of $ 7.51 in the next few days, an increase of 90%. 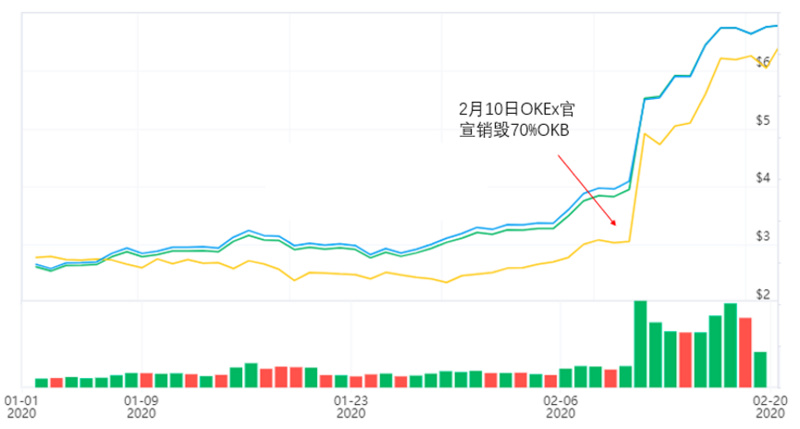 OKB price chart since this year 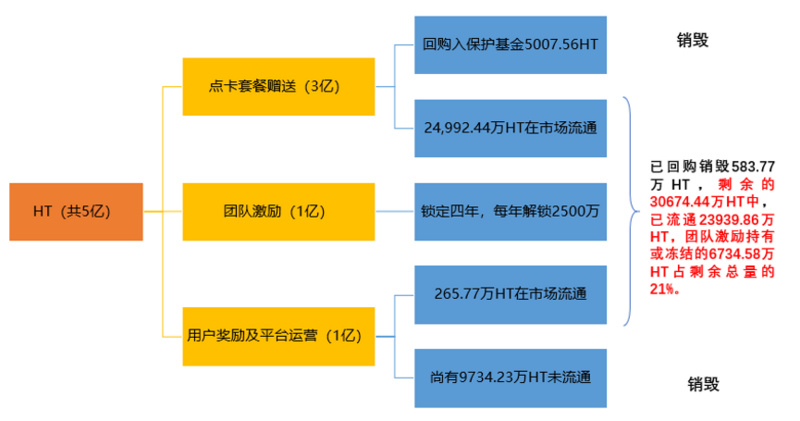 The 14.74179 million HTs destroyed this time are mainly from two parts:

According to formula (1), the HT price increased by up to 19.4%, which is not far from the actual situation on February 29 (the highest increase was 12%). HT price chart since this year

The total amount of BNB issuance is constant 200 million, of which 100 million is publicly issued in the form of ICO. The founding team members hold 80 million and another 20 million are used for angel round financing. According to the Binance White Paper, BNB will continue to be destroyed until the total is reduced to 100 million BNB.

Although BNB was the first platform coin to be repurchased and destroyed, in the wave of platform coin destruction this year, BNB did not follow up. Therefore, the market performance of BNB in ​​mainstream platform currencies is not outstanding this year. BNB price chart since this year

Judging from the current destruction of mainstream currencies, OKEx chose to destroy 700 million OKBs, and all existing OKBs have been circulated on the market. Therefore, with the development of future repurchase and destruction, OKB officially entered the era of absolute deflation; Huobi also followed up In view of this destruction tide, a total of 147 million HT were destroyed at one time, accounting for 29.48%. The difference is that 50 million HT has been withdrawn from circulation, so the increase in destruction brought by it is limited; Binance has not followed the destruction wave, so The performance is not eye-catching. 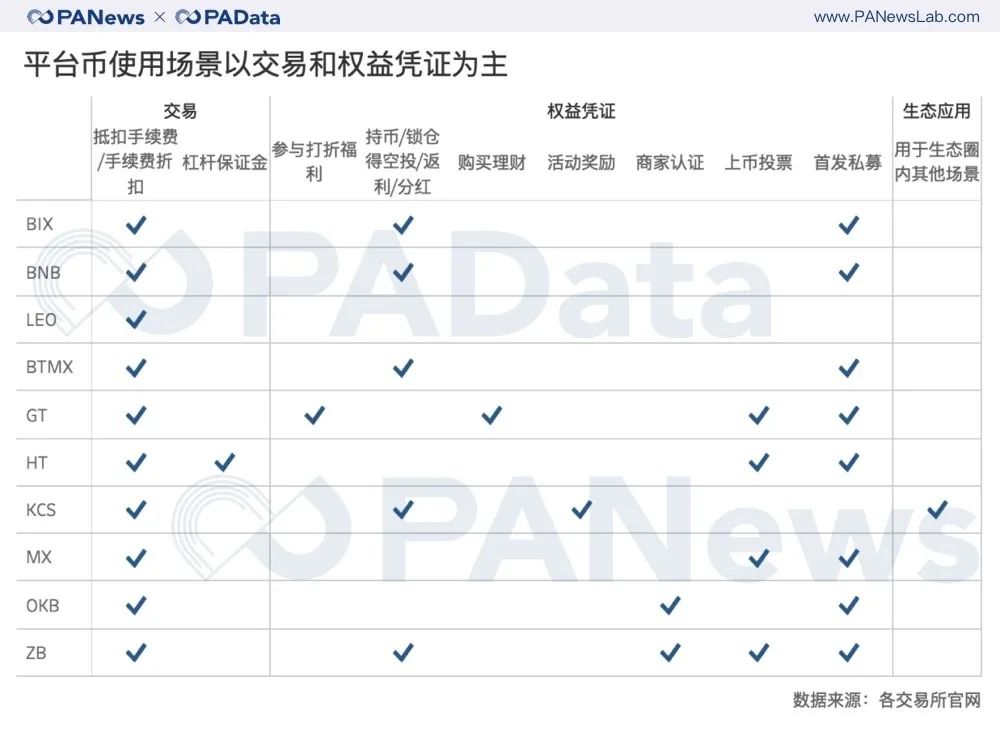 "Advance into the summer" or… 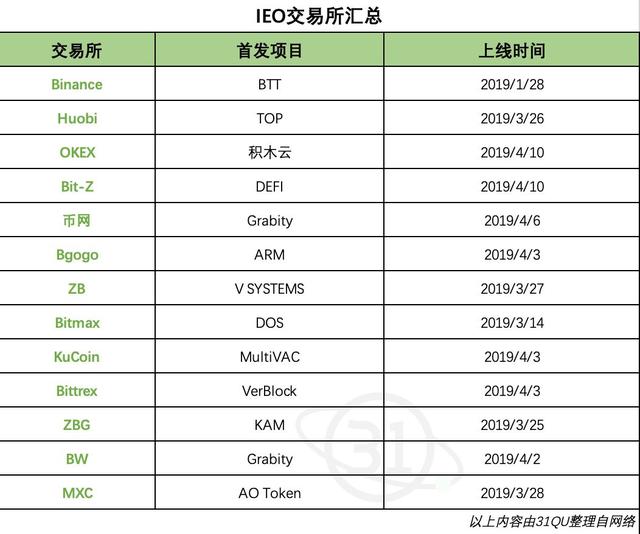