At the beginning of February, the cryptocurrency market performed quite well. Many altcoins reversed the downtrend line formed since 2 years ago. While the transaction volume continued to soar, the price broke the 200-day moving average, which almost provided investors with two days a day. Number or even triple digit returns.

All this changed with the advent of the coronavirus. The virus was officially named COVID-19 and has been making headlines since late December 2019, but in the last two weeks, as investors began to think about the worst-case scenario where virus spread could affect economic productivity, concerns over the uncontrollable epidemic began Spread to global markets. 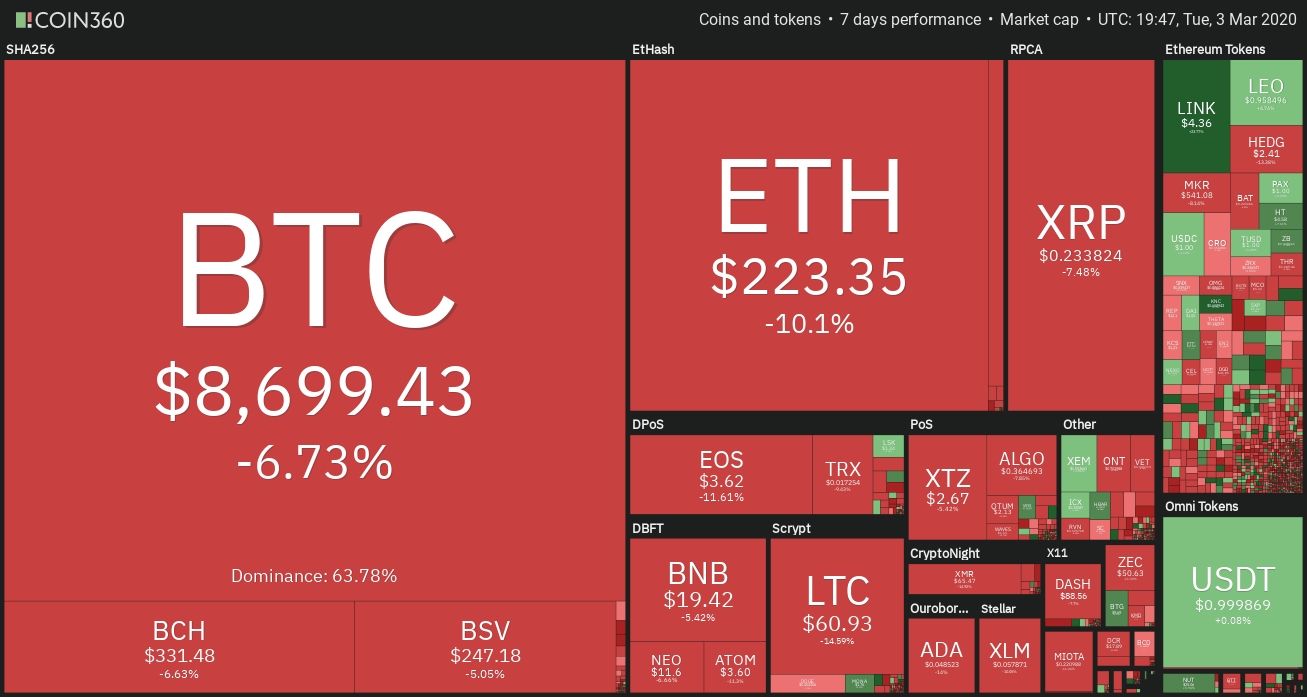 As Cointegraph previously reported, the global market and the cryptocurrency market plummeted last week, with the stock market value of $ 3.6 trillion evaporated and the cryptocurrency market value of $ 48 billion. Bitcoin price has fallen by $ 1,500 in just one week, and analysts are now worried that if the global market continues to plummet, this digital asset may return to the $ 7,000 range.

How active is the Bitcoin chain?

Investors who rely on standard data technology analysis may hold a bearish view on Bitcoin's short-term market. But how does Bitcoin's on-chain activity evaluate the status of this largest digital asset in the market?

In order to understand this in depth, Cointelegraph and Glassnode co-founder Jan Happel exchanged information on various blockchain indicators and how to analyze the current and future state of the Bitcoin market to investors.

As long as ASOL stays low, we don't have to worry about long-term holders trying to transfer and sell their coins. This spike in indicators for weeks in a row may be worrying-historically, this phenomenon was observable during large-scale sell-offs. 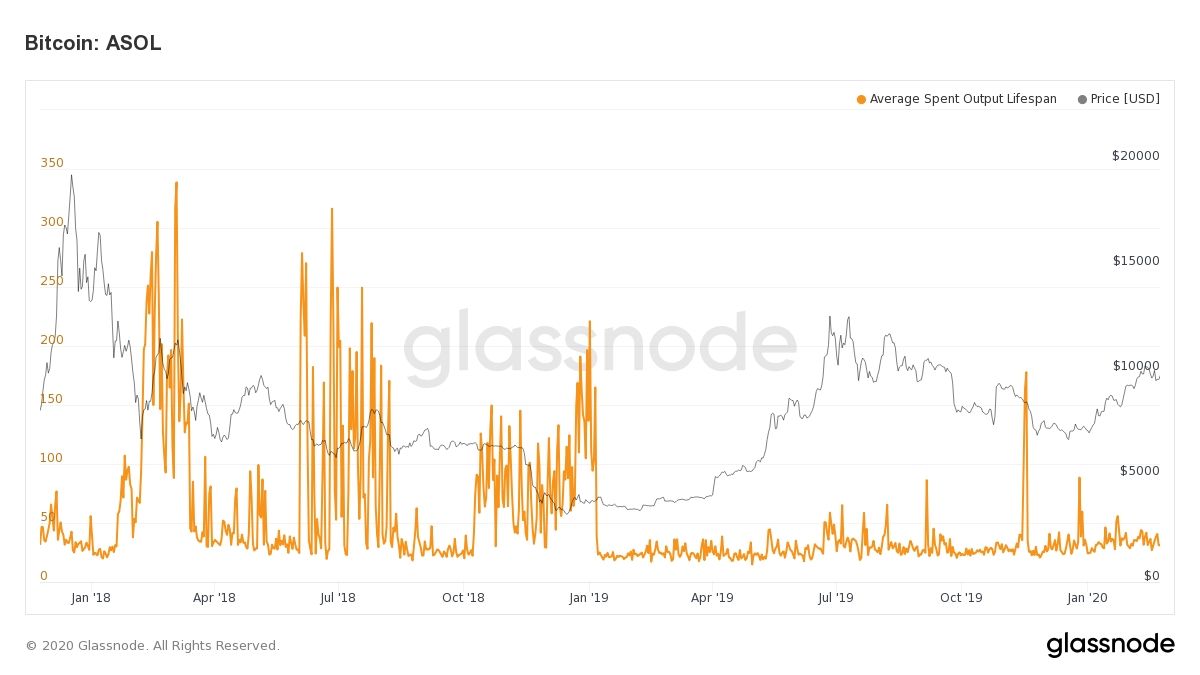 CT: How do you evaluate the large-scale sell-off and falling prices last week? Does this mean that Bitcoin investors will leave the market?

JH: Not necessarily. The Bitcoin HODL waveform chart shows that the number of Bitcoins that have not moved for more than 2 years is still increasing, which further shows that there are more investors holding Bitcoins than a year ago. 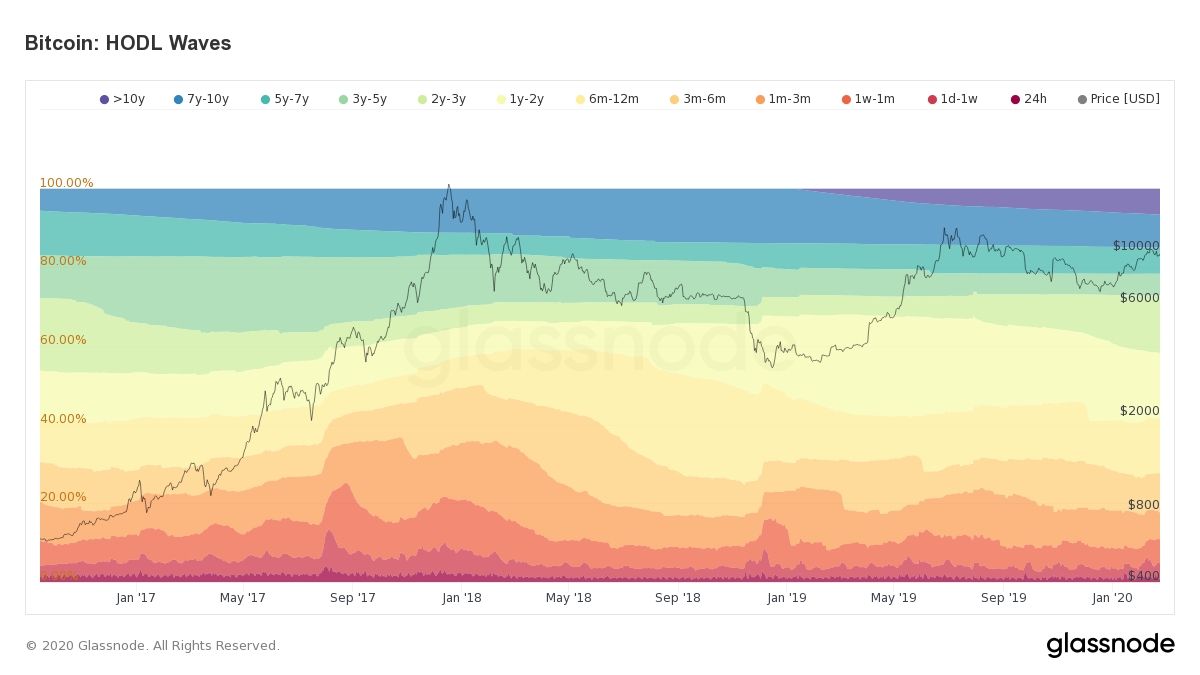 In addition, the book floating rate is at a healthy level, and there is no sign that the market has reached its peak. Historically, this indicator has often been able to determine top and overvalued markets-at present, it is at a level similar to what it used to be when bull markets started in the past. JH: Network activity and growth have recovered from last year. For example, the number of adjusted transactions by institutional entities is again on the rise. These are basically the total number of transfers between different entities, but do not include transfers that occur within the same entity address.

The number of addresses with a non-zero weekly balance also hit a record high. 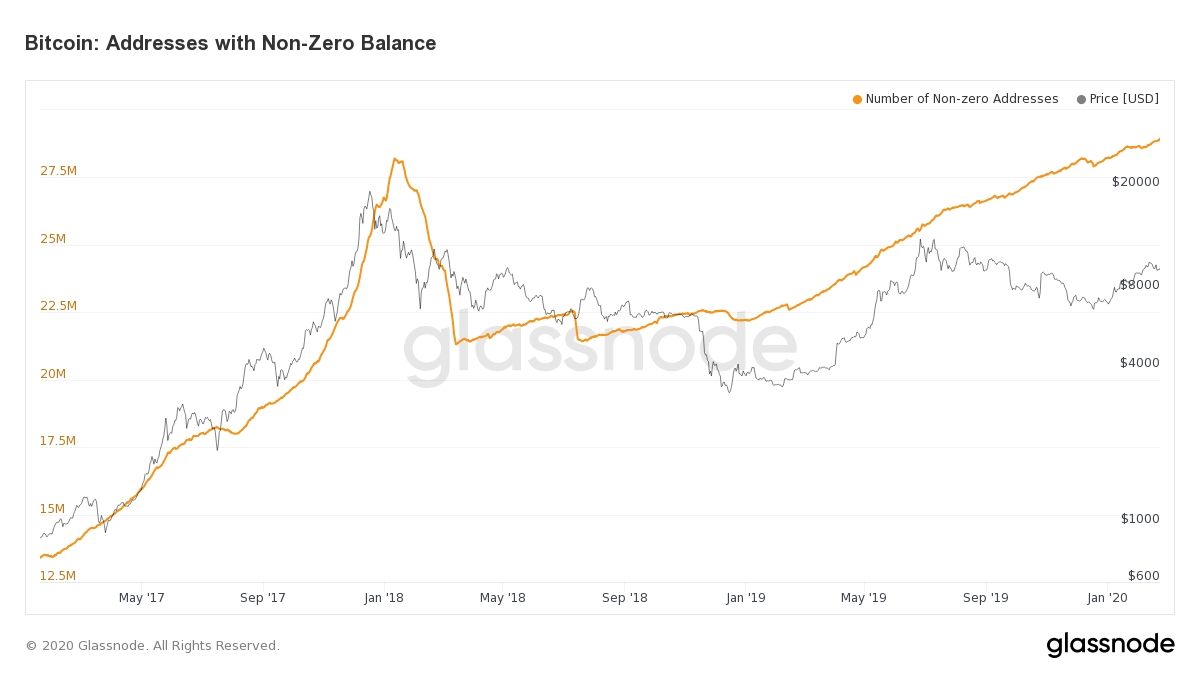 Our R & D team recently discovered that more than 75% of the transaction volume on the Bitcoin chain will not actually be transferred. In fact, a recent glassnode report states:

"There is no doubt that the on-chain data is of high value, but its raw data is not good enough. Because it contains a lot of noise, it needs to be carefully pre-processed and linked to specific environmental analysis in order to extract useful information from it."

SEC Chairman: Encryption supervision is still difficult, but someone is already responsible for cryptocurrency supervision

Opinion: The altcoin season will not appear again