After falling to freezing point in January, the global blockchain investment and financing market started a heating mode in February.

According to the statistics of the Interchain Pulse Institute (IPRI), in February 2020, a total of 36 financings were obtained in the global blockchain field, with a financing amount of 1.295 billion yuan, an increase of 83.7% from the previous quarter.

In particular, the Chinese and American markets, which are the main forces, warmed up rapidly in February. Among the 36 financing events, there were 11 financing projects in China with a financing amount of about 134 million yuan, an increase of 67.5% from the previous quarter.

And the US market is recovering faster. The Interlink Pulse Institute (IPRI) statistics show that in February 2020, a total of 12 blockchain projects in the United States were financed, with a financing amount of approximately 572 million yuan, an increase of 156.5% from the previous quarter. In terms of financing amount, it is almost 4.3 times that of the Chinese market. 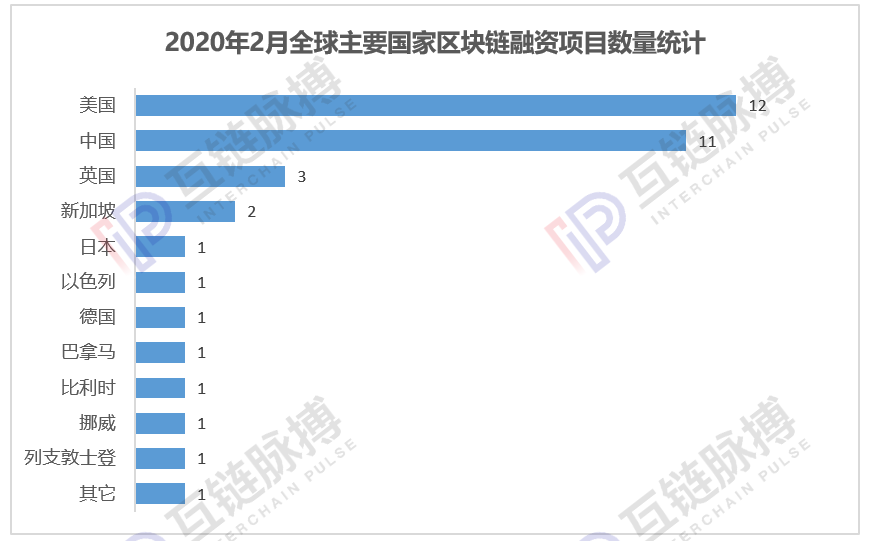 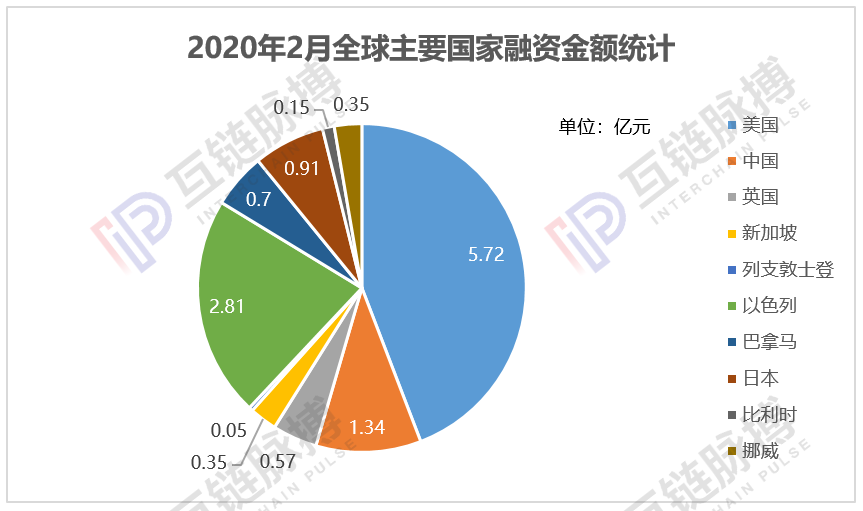 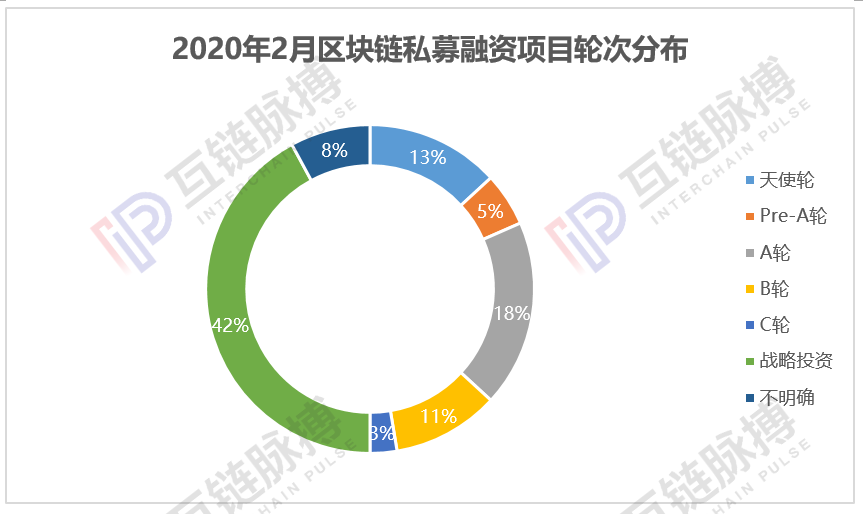 From the perspective of industry distribution, the most favored projects of capital in February were mainly concentrated in exchanges, financial services and security services.

According to the statistics of the Interchain Pulse Institute (IPRI), in February 2020, a total of 7 cryptocurrency exchanges around the world received financing, and 4 exchanges disclosed the specific financing amount, and the financing amount was mainly at the level of 10 million yuan.

Among them, the largest financing amount is Deribit, a cryptocurrency derivative exchange registered in Panama, which has recently secured tens of millions of dollars in strategic investment; followed by Singapore's BitCola Exchange with 2 million dollars (about 14.3 million yuan) Financing. The other two exchanges, XueBi.io and ZT Global, have small financing amounts, and they have received US $ 1 million and hundreds of thousands of US dollars respectively.

In the financial field, a total of 5 projects were funded in February, with a financing amount of about 354 million yuan, accounting for about 27.34%.

In the field of technology service providers, 5 projects have also received financing, with a financing amount of about 95 million yuan, and the projects that have been invested are mainly concentrated in the US market.

In addition to the three major areas mentioned above, several large-scale financings have also appeared in the areas of blockchain security services, digital wallets and transaction services.

Litecoin mining award will be halved on August 5th 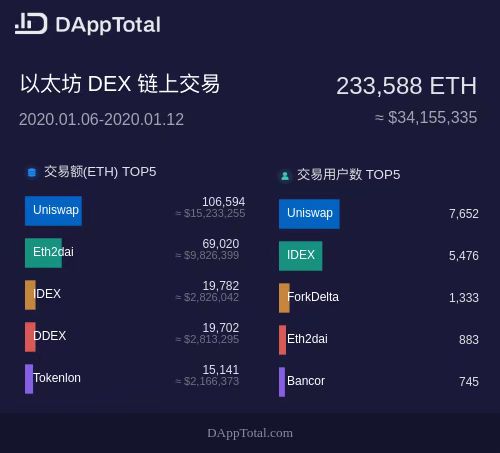 Visa has completed the acquisition of the Rambus payment business

Eight Departments including the Ministry of Commerce: Including the development and application of information technology such as cloud computing and blockchain by enterprises into the scope of national science and technology plan support