According to U.Today, venture capitalist Tim Draper posted on March 1, US time, describing what the United States would look like if he were president for one day.

He stated in the article that if he can serve as President of the United States for one day, in addition to dividing California into six independent states and pardoning the founder of the Silk Road, Ross Ulbricht, Bitcoin will also be converted into a national currency. Draper also wants to "try" to build a universal base income (UBI) or tax system based on Bitcoin.

Not to mention that being president is just a hypothesis. Bitcoin has not yet proved its feasibility as an exchange medium. In the eyes of most mainstream countries and investors, Bitcoin is still a speculative asset, so Tim Draper described The plan does sound more utopian.

However, behind Tim Draper's vision is his great "obsession" with Bitcoin, and as Bitcoin's "perennial love fan", billionaire Tim Draper himself has established his own "cryptocurrency kingdom" ". 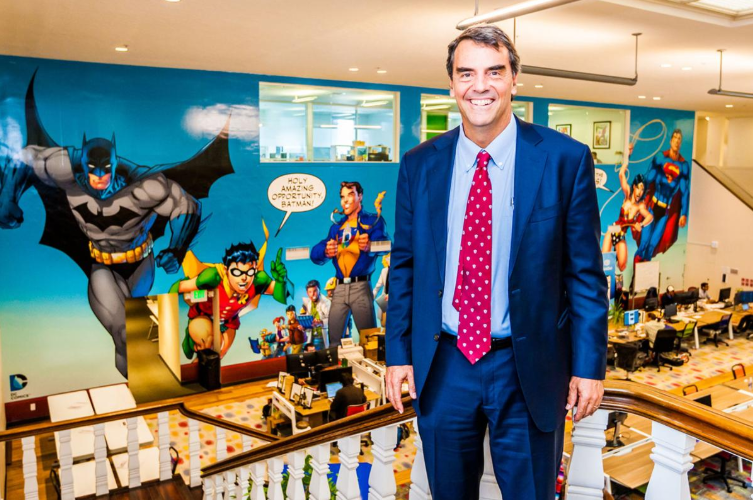 What exactly is a "venture capitalist" in the media's mouth? Why is he so fascinated with Bitcoin and what is his relationship with Bitcoin? How did you build your own crypto kingdom?

Speaking of the top 5 Bitcoin investment leaders in the world, Tim Draper will definitely not be left out of the list.

Tim Draper was born in the "investment family". His father and granddaughter were the founders of venture capital companies. He also founded the DFJ investment fund because he invested in Hotmail, Skype, SpaceX, Tesla, Yahoo, Baidu. And other well-known companies. 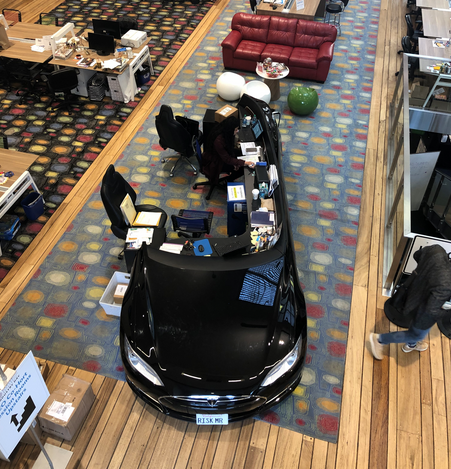 So, how did Tim Draper, who has been quite successful in the traditional investment field, get in touch with Bitcoin? This starts with two games 16 years ago. Tim Draper's first exposure to the concept of virtual currency.

In 2004, a South Korean entrepreneur told Tim Draper a game called "lineage," a massively multiplayer online role-playing game. The entrepreneur said that when his son celebrated his birthday, he asked him for a $ 40 sword as a gift, which was the prop in the game. "Someone will pay for the virtual goods!" This surprised Tim Draper.

In addition, there is a game called "Country Holiday". Many gamers use virtual gold in the game to buy and sell, and gradually evolved a trading market outside the game. Tim Draper began to have a new understanding of the market for virtual goods. He realized that something very important was emerging, and he began to look for a universal virtual currency .

By 2011, Bitcoin had begun to enter the "vision" of Silicon Valley elites. Tim Draper's son Adam ( Adam) founded a "boost VC" accelerator company that specializes in investing in Bitcoin and blockchain technology-related companies, including Coinbase. Tim Draper learned about Bitcoin from his son. Later, in a conversation with Peter Vincennes , the CEO of CoinLab, which later became the company through which Mt.Gox worked with U.S. customers , Tim Draper asked Peter consulted and asked him to help buy $ 250,000 in bitcoin (at the time the price of bitcoin was $ 6).

Peter kept Bitcoin in Mt.Gox's wallet. There was an unexpected event. No one expected that Mt.Gox was declared bankrupt in 2014, and Mt.Gox's contacts absconded with $ 460 million in Bitcoin. That's all Tim Draper's $ 250,000 in Bitcoin assets.

Although he was also very angry at the time, Tim Draper found one thing that surprised him even more: After the news of Mt. Gox's failure, the price of Bitcoin dropped by about 20%, and other exchanges were still buying and selling Bitcoin.

Tim Draper suddenly realized that the market demand for this new type of digital currency is very strong, and even if something like "guardian theft" occurs, it cannot stop Bitcoin from becoming a new way to trade, store, and transfer funds. Society desperately needs bitcoin. As long as it has such a global currency that does not cause any friction, major mistakes and serious fraud can be tolerated. At the same time, Tim Draper also saw that people have gradually lost confidence in government-controlled currencies since the outbreak of the financial crisis. This strengthened his belief in Bitcoin.

In the same year that Mt.Gox went bankrupt, a Bitcoin auction by the US government gave Tim Draper a real reputation in the digital currency space.

In 2014, the U.S. Marshals Agency took over 30,000 bitcoins previously seized from the dark web "Silk Road" for auction , and Tim Draper decided to participate in the auction and buy back the lost bitcoins. At that time, the bidders were discussing how much bitcoin would be discounted and how much lower than the market, and Tim Draper shouted at the last minute a price higher than the market price of 632 US dollars (at the time the market price was 618 US dollars) and became an auction Final winner. According to reports, Tim Draper threw 20 million US dollars at that time and sold a total of 31,656 bitcoins in the auction , becoming the individual who took the most bitcoin from the US Marshals .

With this huge amount of bitcoin assets, everyone began to have to pay attention to this influential "giant whale" boss. Since then, Tim Draper has also become one of the iconic figures in the Bitcoin field.

He transferred most of the bitcoin obtained from the auction to a professional Bitcoin custodian institution, and has continued to make dozens of Bitcoin investments since then. Even after the slump in 2015 (Bitcoin dropped to around $ 200) and the "Super Bull" of 2017 (Bitcoin soared to nearly $ 20,000), Tim Draper never thought about selling Bitcoin.

Many investors were puzzled at that time . If Tim Draper's bitcoin assets were liquidated at the highest bitcoin price of nearly 20,000 US dollars at that time, he could get at least $ 600 million. The reason why Tim Draper never sold Bitcoin is because of his belief and love for Bitcoin, so that everyone calls him "Bitcoin True Love Fan."

Tim Draper is almost a walking "bitcoin bull". In addition to his firm support for bitcoin to prove his support for bitcoin, he has expressed his confidence in the bitcoin and crypto industries more than once, and even predicted bitcoin many times. It will reach $ 250,000 in the future.

Some time ago, U.S. stocks plunged across the board, marking the third largest one-day drop in 124-year history. The domestic market is also in a slump, and Bitcoin, which was once regarded as one of the safe-haven assets, failed to respond to everyone's expectations. Bitcoin once broke the previous support level and entered a sluggish market trend.

At this time, Tim Draper accepted an interview with CNBC, claiming that this time the U.S. stock market plunged, he did not suffer much, because most of his assets have been placed in cryptocurrencies.

"I must admit that I have been out of the traditional stock market for six months. For me, I have transferred most of my assets to cryptocurrency and bitcoin because it is a safe haven. The small adjustments in bitcoin prices now do not represent The market is trending and I think we are in an interesting process. " 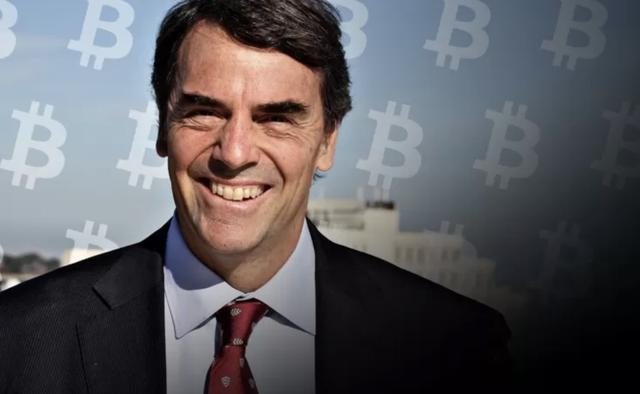 Tim Draper admits to the media that he is a loyal fan of Bitcoin. He believes that Bitcoin is a revolutionary technology. Bitcoin can not only become a global, decentralized way of storing digital cash, but also change finance, business, The nature of these industries such as government and healthcare.

"Bitcoin will be the currency of the future, and any government that rejects Bitcoin will lose progress (opportunity) for the next 50 years."

And the best proof that Tim Draper is a "walking Bitcoin bull" is his "unique" insights and predictions on the price of Bitcoin, and even dissipated the "bitcoin short" Buffett.

Tim Draper never said when the bull market would arrive, but as a Bitcoin evangelist, he always believed that the price of Bitcoin would reach $ 250,000. "I always predict the next five to ten years (what can happen). My job is to invest in people who I think will achieve extraordinary results in five to ten years."

In December 2019, Tim Draper emphasized this forecast again, "Bitcoin will soar to $ 250,000 in 2022 or 2023 after halving the block reward in May 2020." He also explained that his prediction was not based on Bitcoin halving, but that Bitcoin (at that time) would be able to gain 5% of the global currency market.

Even after seeing the market decline since mid-to-late February, Tim Draper remains confident in this, saying that Bitcoin will one day become the currency of choice for people.

"Once Bitcoin is sufficiently scalable, it can become a payment method that can replace credit cards, etc., and become a clear choice" frictionless, open and transparent. "At some point, when people make this transition , Bitcoin will be the biggest winner. "

Some time ago, some media asked Tim Draper what he thought of Bitcoin critics like Buffett. Tim Draper revealed that Buffett should have suffered heavy losses in the U.S. stock market crash. He believes that fear has led to Buffett's negative stance on cryptocurrencies.

"In this new decentralized economy, they don't do well, and of course he won't like it." Buffett's total assets accounted for 50% of banks and insurance companies, which fundamentally explains why he Aversion to Bitcoin.

And he still insisted on his prediction at this time, Bitcoin will reach 250,000 US dollars.

Some people think Tim Draper's predictions are a bit overblown, but others see his eternal support for Bitcoin as a positive sign.

"In a way, the wealth and prosperity of a society depends on its ability to be free. Bitcoin is extremely liquid and flexible, and can create a richer and more prosperous world." Tim Draper compared The enthusiasm for Bitcoin has always stemmed from his belief in Bitcoin and its technology.