US stocks plummeted for a week, and the market value evaporated more than 8 trillion US dollars. This wealth is equivalent to the total market value of 35 bitcoins and bought 42 Maotai Groups. The world's top 500 rich people also lost more than $ 135 billion in this financial turmoil. The US stock market can be said to be bleeding.

So, the turmoil in the stock market is exactly what the Fed said in its interest rate cut statement. Is the spread of the new crown epidemic leading to turmoil in the financial market, or is there another hidden affair?

In the context of a 10-year US Treasury bond return on record lows and increasing global financial market uncertainty, what kind of safe haven should world wealth look for? In addition to traditional safe-haven asset gold, emerging financial assets Bitcoin will be an alternative ?

1 Bitcoin up and down with U.S. stocks

Affected by the global spread of the coronavirus, from February 19 to February 28, the US stock market experienced its darkest week since the 2008 financial crisis.

In addition, the yield on 10-year U.S. Treasury bonds also hit a record low. The yield was below 1% for the first time, reaching a historical low of 0.98%. The US financial market can be described as a double kill of stocks and bonds. Affected by the plunge in U.S. stocks, the world's super rich have suffered heavy losses.

According to the latest and most comprehensive statistics of the Bloomberg Wealth List, the wealth of the world's 500 richest people lost 139 billion US dollars in this plunge. Among them, Bernard Arnault, chairman of global luxury goods giant Louis Vuitton, tied for first place in the Bloomberg Wealth List, and Amazon founder Jeff Bezos, respectively, lost US $ 4.8 billion, ranking them Amancio Ortega, founder of Inditex, a Spanish clothing company in Spain, lost $ 4 billion.

The rest of the top ten riches lost at least $ 2.3 billion, the largest drawdown in wealth since the 2016 Bloomberg Billionaires Index was launched.

Finally, this stock market waterfall was curbed after the Fed announced a rate cut. The Federal Reserve urgently announced on March 3 that it will cut the federal funds rate by 50 basis points to the 1.0-1.5% range, while reducing the excess reserve ratio by 50 basis points.

"The reason for cutting interest rates is because the virus poses changing risks, closely monitors economic development and its impact on the economic outlook, and will use relevant tools to take appropriate actions to support the economy."

Fed Chairman Powell said at a news conference, "The interest rate cut is to help the US economy remain strong during the crisis. The outbreak of the new crown virus has disrupted the economies of many countries. The risks have substantially changed the prospects. Tools and actions will be used appropriately to support Economy, one rate cut is not enough to solve the supply chain problem. "

At the same time, the price of Bitcoin has begun to show signs of rebound.

It is worth noting that, just as the Fed announced a rate cut, Bitcoin experienced an extreme fluctuation of 300 US dollars in an instant, which also fully illustrates the correlation between Bitcoin and traditional financial markets: if U.S. stocks are booming, then Bitcoin is booming; Bitcoin fell.

So, can the Fed's interest rate cuts really help the US stock market to fall into a wild tide? How will Bitcoin be affected?

2 How big is the effect of interest rate cuts?

Recently, Goldman Sachs economic experts analyzed that the new coronavirus will cause the first quarter of the United States to slow its GDP growth by 0.8% to 1.5% on the basis of 2.3%, a slowdown of up to 34.8%.

Against the background of the U.S. stock market crash, the Federal Reserve has become indispensable to stimulate the economy through an emergency rate cut. In addition, according to US bond market analysts' analysis of CME options transaction data, the probability of another two interest rate cuts in 2020 is 71%.

So, can the Fed's rate cuts restore the negative impact of the new crown pneumonia on the US economy? 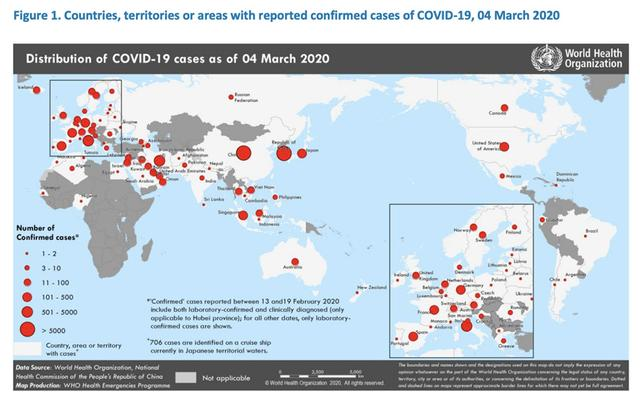 The answer may not be optimistic.

First, according to the analysis of macroeconomic theory, the purpose of the Fed's interest rate cut is to reduce the cost of obtaining funds for companies and individuals, thereby stimulating consumption by companies and individuals to drive GDP growth. In other words, cutting interest rates is essentially a financial behavior that stimulates demand.

However, what are the problems facing the United States now? It ’s because companies like Apple, Boeing, and Ford ca n’t get parts produced by Chinese companies, and many products ca n’t be produced, so can interest rate cuts really affect China ’s domestic parts supply? I'm afraid this is a question mark.

Secondly, many domestic products are exported, such as agricultural products such as soybeans and corn, and high-tech products such as mobile phones and chips. However, due to the global epidemic, the import scale of many countries, including China, is becoming smaller. At this time, the domestic consumption stimulus cannot affect foreign consumption at all.

Finally, China, Italy, Japan, South Korea and other countries have imposed restrictions on travel, which has caused bleak business in the aviation, tourism, and hotel industries. However, the downturn in these industries will not be changed because of the Fed's interest rate cuts. The logic is that after the interest rate cut, no one is staying in the hotel, no one is flying, and no one is traveling.

In this case, why is the Fed determined to cut interest rates again?

Financial commentator and cryptocurrency proponent Chen Yijia argued in his show "Yijiacai World" that the Trump administration's interest rate cut is essentially to pull votes, but this has not helped the US economy in the epidemic.

Chen Yijia also revealed another factor affecting the US stock market: the US election.

If it is really the new crown virus epidemic that has caused U.S. stocks to collapse, then it should always be good for some companies that specialize in health and medical care. However, the actual situation is exactly the opposite. For example, the health industry giants such as United Health, the stock has not been immune, and the stock price has also suffered a severe setback recently.

In fact, to Wall Street Capital, the panic caused by the new crown pneumonia is not as direct as the US election.

"Berney Sanders is New Crown Pneumonia. I don't know how powerful it will be, and I don't know when it will dissipate."

"These Trump campaign ideas are completely opposite, and once these ideas are implemented, they will definitely have a huge impact on a large number of industries, which is the root cause of the suffocation of the atmosphere on Wall Street." Chen Yijia analyzed.

Even though Wall Street doesn't like Sanders, his approval rating in the United States is constantly rising. In the polls at the end of February, Sanders' approval rate soared to 31%, becoming the highest among all presidential candidates.

Therefore, the recent U.S. stock market crash did not rely on the new strength of New Crown Pneumonia, and Sanders also contributed. Then, with the US stock market in jeopardy, and the return of 10-year Treasury bonds hitting a new historical bottom, is there any reason for big capital to patronize Bitcoin?

3 Under the tight pressure of the stock market and bond market, will big capital patronize Bitcoin?

"Big capital is unlikely to care about Bitcoin, at least for now."

Periscope is a professional financial commentator and a cryptocurrency trader. He has different perceptions of Bitcoin. In his opinion, even if there is an economic problem, large capital is unlikely to care about Bitcoin. The root cause is that Bitcoin is too volatile.

"When the volatility is too large, he has no hedging properties." Periscope said, "For example, why gold, yen, and US dollars are safe-haven assets, the fundamental reason is that they have little volatility."

Secondly, from a perceptive perspective, the bitcoin market is still a relatively obvious market. When Wall Street Capital wants to invest on a large scale, its first consideration is security and fairness.

"At present, the volume of bitcoin is relatively large, and advanced people control a lot of chips. This is very unfavorable for Wall Street's capital intervention. The concentration of chips is also the reason why the SEC has always refused to pass the Bitcoin ETF." Qianwang said.

Of course, the concept of Periscope has also been verified in the blockchain browser.

Bitinfocharts data shows that 19.6% of bitcoin addresses store 61.64% of the total bitcoin. Of course, this does not include the case where a single investor controls multiple bitcoin addresses.

Perivision believes that the current decision of bitcoin's rise and fall lies in the hands of the main force. If they have a pull demand, bitcoin will rise, if not, it will not.

Of course, as a practitioner in the traditional financial industry, Periscope did not carry the belief of "one currency and one villa", but the perception of Periscope was also objective and rational.

"In the future, when the volume of Bitcoin is large enough, there may be a safe-haven attribute for gold, and it will become the preferred option for large capital under the financial crisis, but that is a long time later," said Qianwang.

Ethereum will devour the settlement…

Can Bitcoin still bottom out?…

BB: EOS should be a community of global tokenized governance for token holders

Today’s panic and greed index is 39, and the level of panic is slightly reduced.