In the past 24 hours, international crude oil prices have plummeted by more than 20%, the Middle East stock market has crashed, and an epic storm is hitting. Gold, a traditional safe-haven asset, surged above $ 1,700. However, bitcoin, which is considered as "digital gold," followed the footsteps of the stock market, staged an "avalanche," and its hedging ability was once again ineffective. According to the latest data from CoinMarketCap, in the past 24 hours, the cryptocurrency market has plummeted by 20 billion U.S. dollars (currently with a total market value of about 231.2 billion U.S. dollars). Most digital assets, including bitcoin prices, are in a loss state. The currency fell nearly 8%. Analysts have the following main obstacles to Bitcoin's return.

Bitcoin price has retreated to about $ 8,000. The question that haunts the community now is, will this price rise back to the March resistance of $ 9,200?

After a healthy price correction, the answer might be "probably". However, there is growing concern that many catalysts are currently transforming a retreat from harmless prices into a vicious collapse.

According to a recent Bitcoinst report, at least 11999 Bitcoins have begun to move from PlusToken scams to unknown addresses, with a total value of more than $ 107 million. This split of funds means that it is easier to mix fraudulent funds. This split may indicate that fraudsters are preparing a large number of sell orders, which will hinder the price of Bitcoin from rising.

Even if no sell-off has occurred, investor concerns about the sell-off have led some vigilant traders to retreat to more stable-value assets.

This is a controversial event, as many analysts in the past believed that the new crown virus would help bitcoin prices rise, as such assets were allegedly used by funds to hedge traditional financial risks.

However, it is now feared that the recent decline and decline of Bitcoin is closely related to the new crown virus.

"70% of Bitcoin mining pools are located in China? The new crown virus killed your bitcoin and will hit bitcoin price again in March-@ CosmicLover10"

However, this is still a huge speculative guess, as there is not much evidence that the closure of mining is related to the decline in Bitcoin demand.

In reality, it is uncertain how the mine closure will affect interest in Bitcoin. The Bitcoin protocol designed the difficulty of the mining process to be changed every two weeks to accommodate changes in the computing power available on the network, which means that the closure of the mine has a limited impact on transaction processing speed.

Ideally, this means that Bitcoin will naturally offset the coronavirus's impact on the closure of mining facilities in China.

However, as people begin to sell bitcoin to obtain fiat currency in preparation for a wider outbreak, the new crown virus is likely to reduce demand for cryptocurrencies.

Prior to the Bitcoin halving in May, Bitcoin owners were more likely to retain their assets if they predicted that supply would decrease and demand would increase.

The same is true for miners who control a significant percentage of the Bitcoin supply.

An optimistic view of Bitcoin's halving could explain the decline in transaction volume, which, as analysts have suggested, signaled a precursor to a financial pullback. If this lack of transaction volume persists, there is little chance of price recovery, which keeps the network in a retracement state.

Fortunately, if hoarding of miners is the main reason for large-scale retracements, the community need not worry in the long run. It suggests that bearish trading behavior may actually have a potential bullish belief that Bitcoin demand will increase after the Bitcoin halving event. In this case, the callback may only be temporary.

As one of the world's largest exchanges, Binance has recently fallen into the chaos of Steem, and embezzled user funds to participate in Steem voting. On March 8, Binance Zhao Changpeng tweeted and apologized for Binance's participation in Steem voting. He said: "I didn't want to get involved in the incident, but it doesn't look out of the way now. I mistakenly thought it was an ordinary upgrade / fork and I approved Binance to participate in the vote. I deeply feel this Sorry."

On the evening of March 9, there was another rumor on the Internet that "Binance was hacked and user accounts were manipulated at will." Although Binance's official response said: false. 1. There is no prohibition on withdrawal; 2. Some users sell small currencies (every exchange has users, and users sell them every day). But this adverse effect has spread in the community. As a mainstream exchange, events surrounding it may affect market trends.

Although the above points may be factors that hinder the return of bitcoin price, in view of the big collapse of international crude oil and stock market yesterday, the cryptocurrency market staged a "blood collapse", so this plunge should be a failure of bitcoin to hedge, following international The trend has led to the plunge in the international market as the biggest culprit in Bitcoin's plunge. 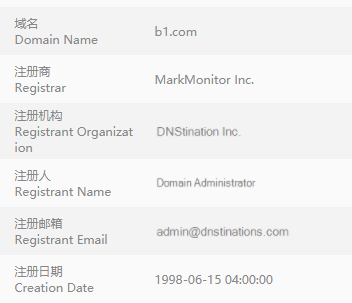