The recent decline in Bitcoin has caused investor worries to spread. A recent report by glassnode said that despite the recent sharp drop in Bitcoin and its high volatility, the LTH-SOPR indicator is still close to 1, indicating that long-term holders have not lost confidence.

SOPR refers to the profit margin of the output. When SOPR> 1, it means that the owners who have spent the output are profitable when they trade; otherwise, they will lose money when they sell. The evaluation time range of the LTH-SOPR indicator is only considered for more than 155 days, which can be used as an indicator to evaluate long-term investor behavior. 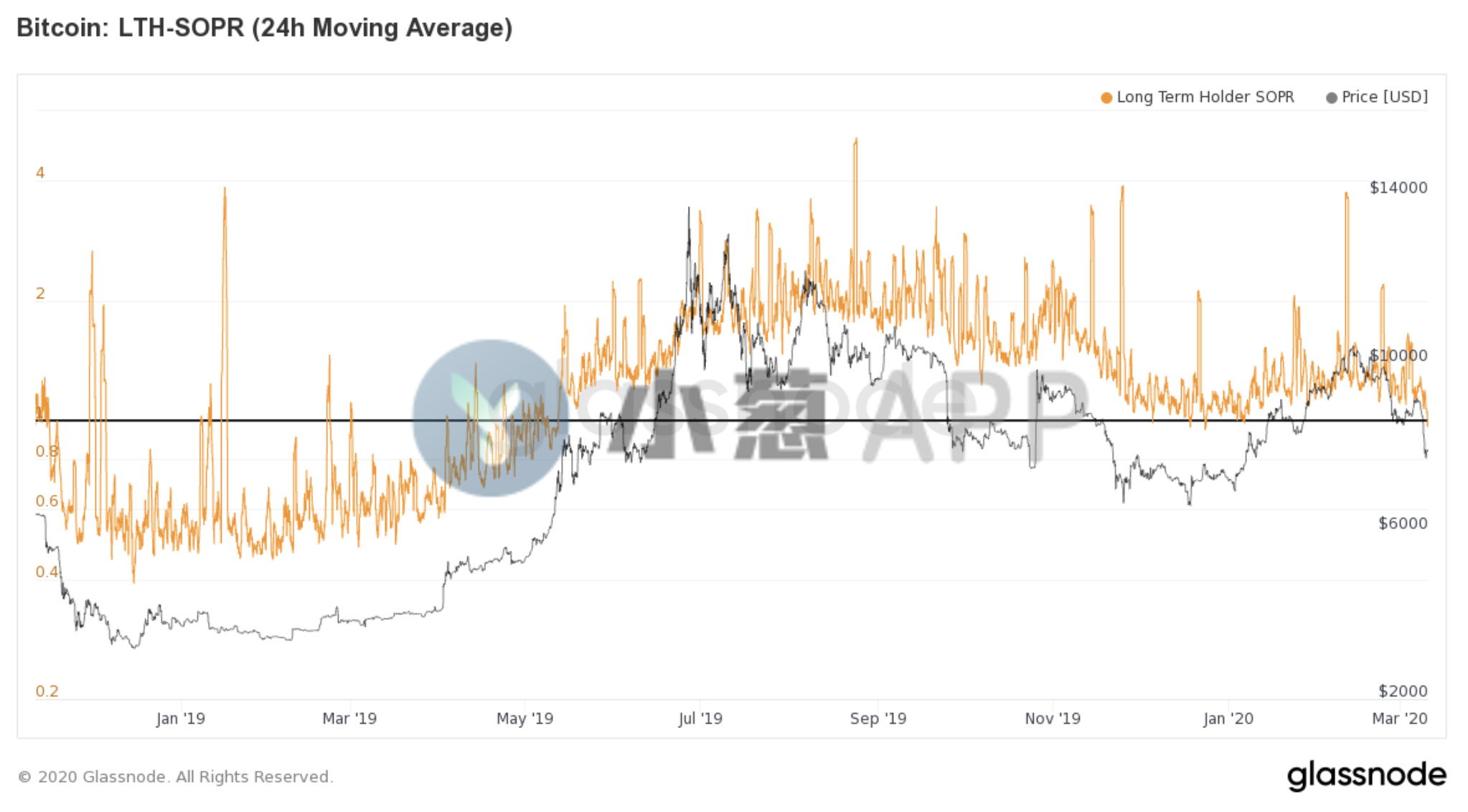 LTH-SOPR has remained above 1 since the last bear market, which indicates that long-term holders are not inclined to sell at a loss with strong fundamentals (Glassnode Studio)

Although LTH-SOPR has gradually declined with the recent price decline and is testing the 1 line, it does not seem to fall below this point (especially compared with STH-SOPR, which observes short-term holders' profits Rate).

Considering the fact that the fundamentals on the chain are still strong, these long-term holders are taking a rational approach instead of panic selling; therefore, why are they not selling at a loss like short-term holders.

Short-term investors are more likely to sell at a loss

As STH-SOPR points out, short-term holders are more likely to sell at a loss than long-term holders. 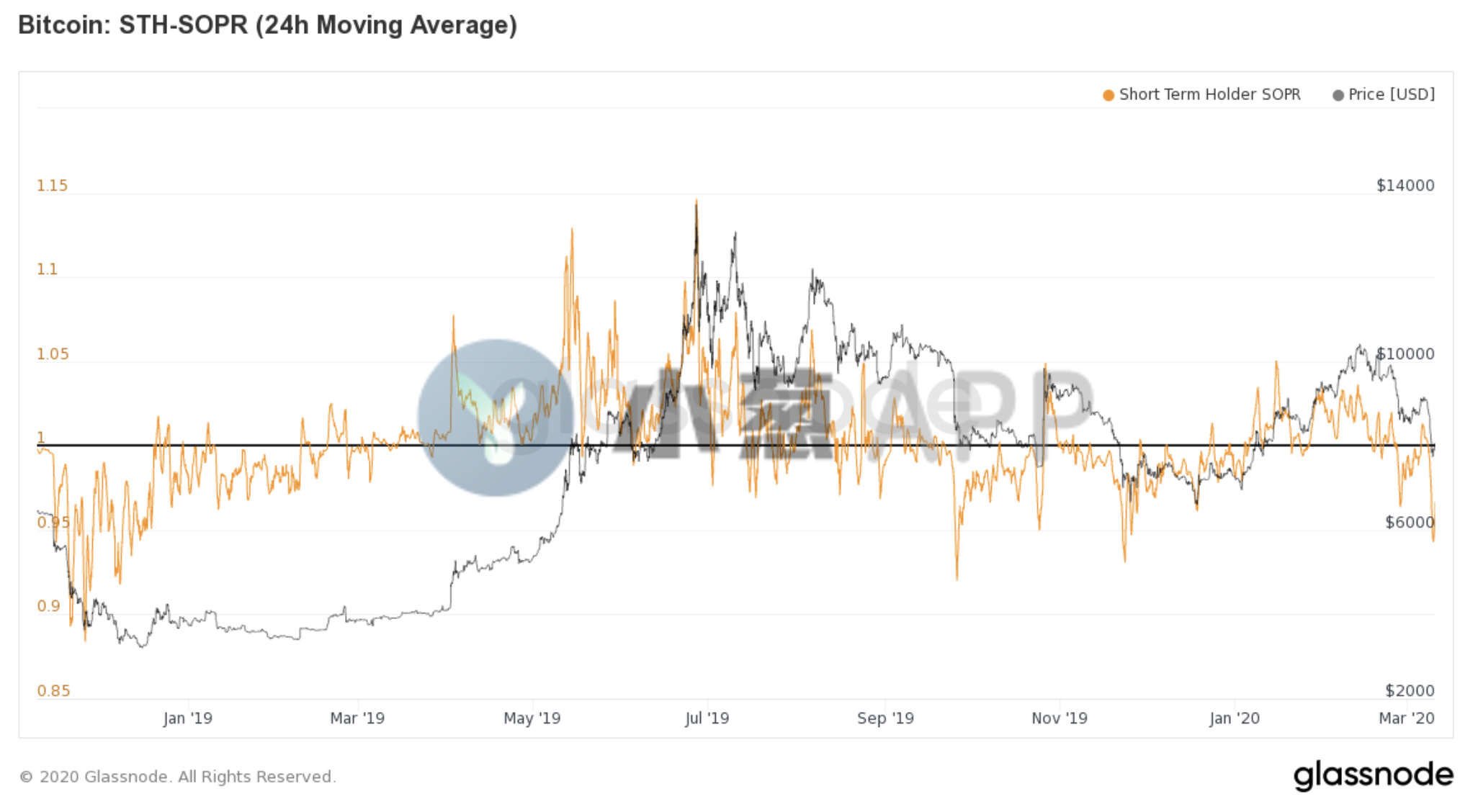 This means that LTH and STH-SOPR alone cannot tell us whether long-term holders are selling Bitcoin in large quantities; it can only indicate whether they are selling at a profit or loss. Therefore, we need other indicators to draw a clearer picture. 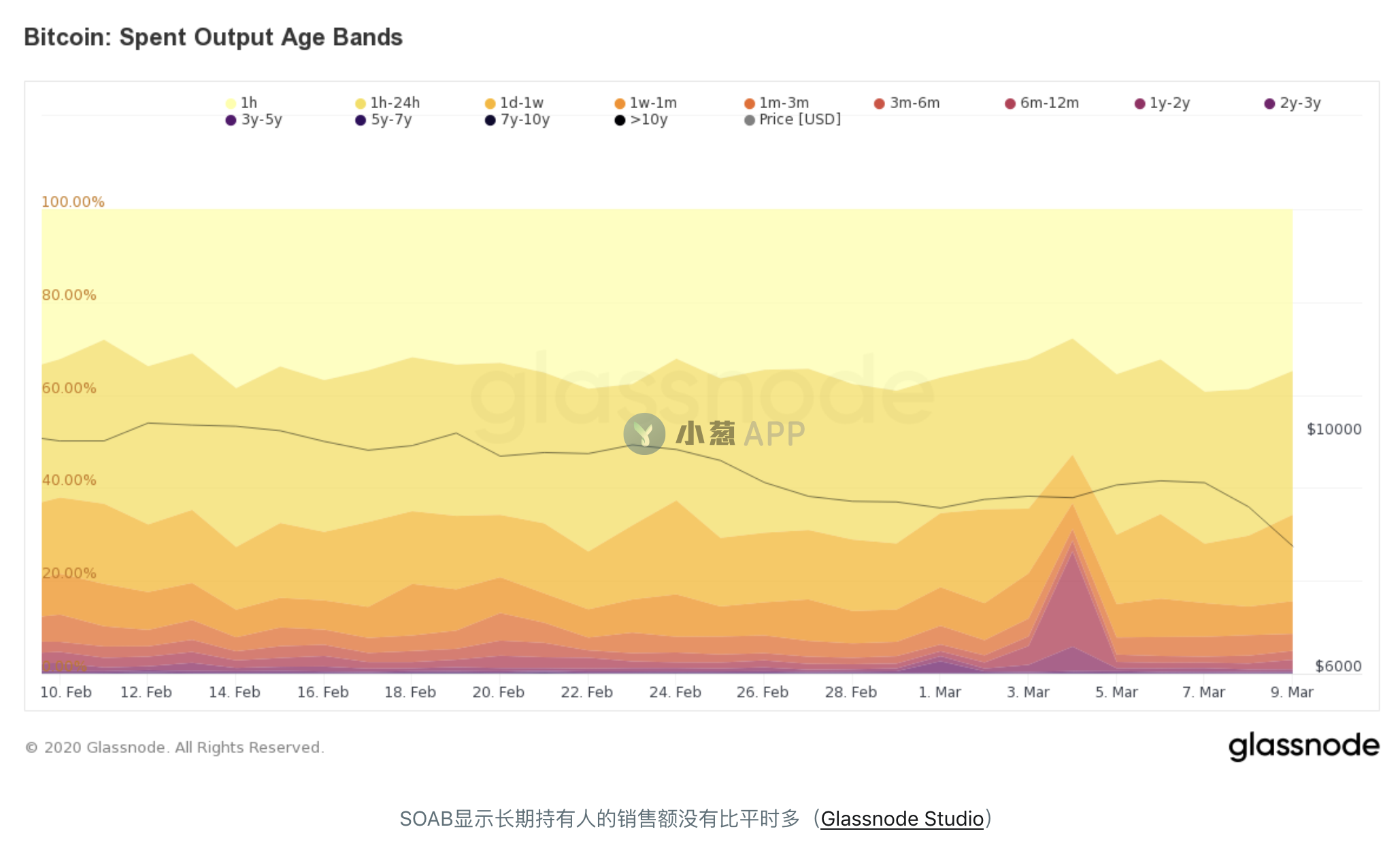 Since the price began to fall on March 7, both short-term and long-term holders' transactions have remained within the standard fluctuation range, and neither has occupied an effective share of large network activity. The fastest growth is in the (short-term) 1d-1w (1 day-1 week) period. Since March 7, this proportion has increased from 12.78% to 18.59%. 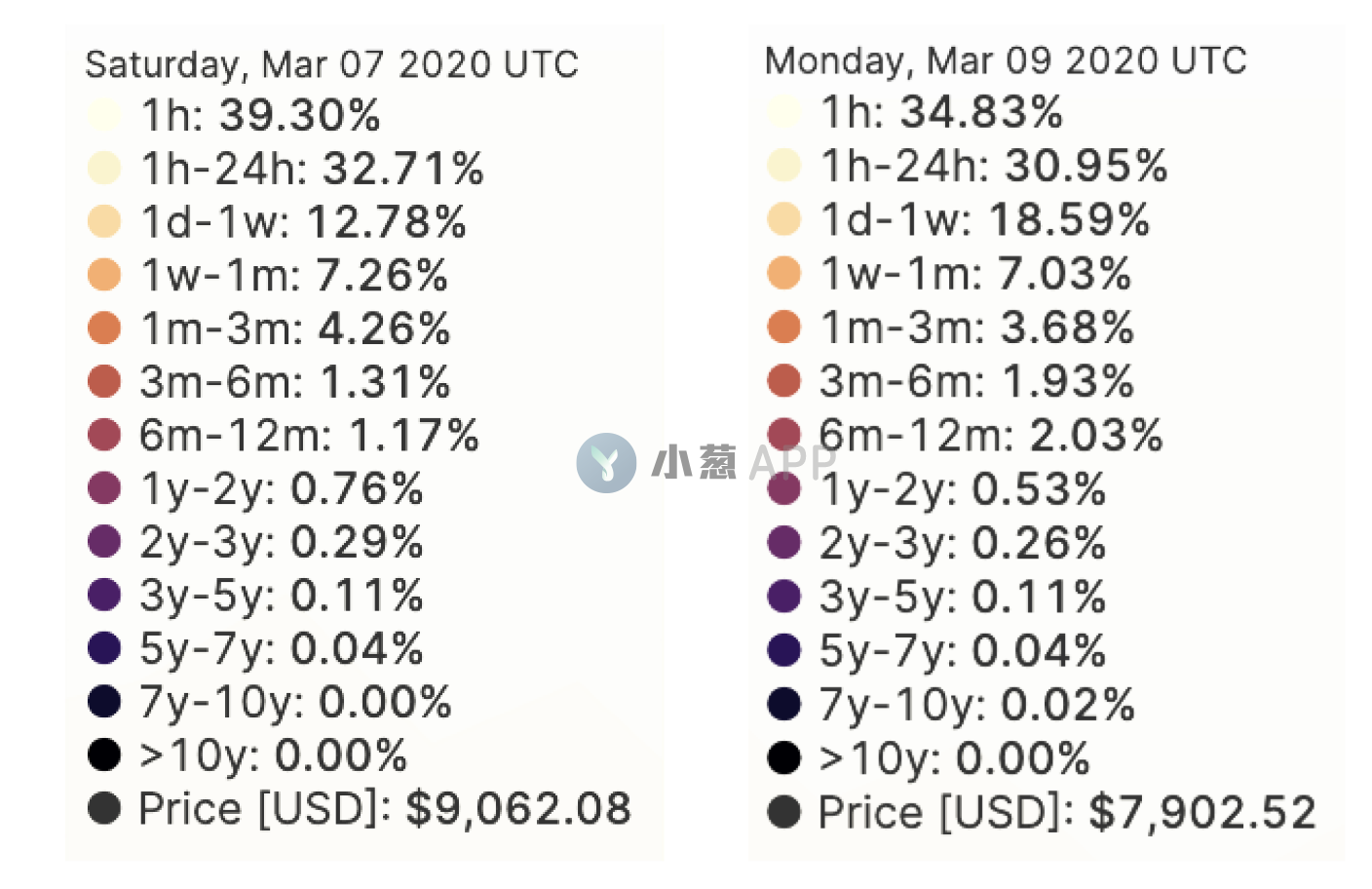 The increase in the CDD indicator over the past few days means that bitcoin moving on the chain has a longer accumulation time, which implies the actions of long-term holders.

However, the average time to spend (ASOL) has actually fallen since the price began to fall, suggesting that the surge in CDD is due to the larger number or value of transactions by short-term holders, rather than long-term holders' transactions Caused by.

Together with the conclusions from STH and LTH-SOPR and SOAB, such a low ASOL value (especially relative to CDD) supports the claim that long-term holders are not sold in large quantities at this time.