Editor's Note: The original title was "Uncle Kai Interview: Deep Digging into the Causes of the Bitcoin Slump and Its Impact on the Future".

After all, digital currencies still cannot escape the plague.

One day plunged 45%, dropped by two-thirds in a week, and contract positions were about $ 1.5 billion. The tragic nature of the digital currency market can only be described as being "blood-washed and slaughtered". 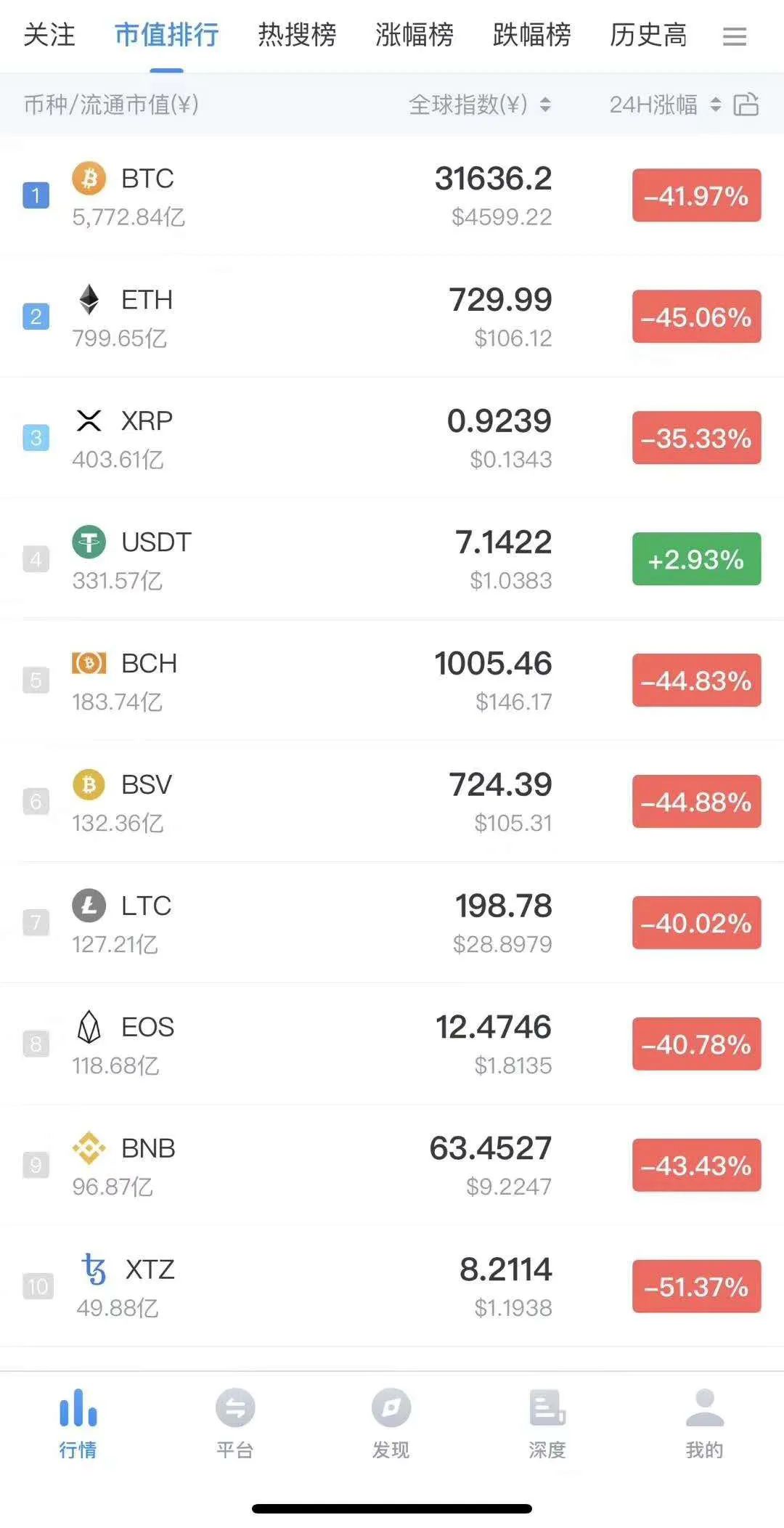 Uncle Kai was unscathed in this big shuffle.

When the epidemic was gradually fermenting on February 2, Uncle Kai developed the article "How does the epidemic affect the blockchain", and talked about the far-reaching impact of the epidemic on digital currencies and the blockchain. Finally, he posted his own operation unprecedentedly At around the price of more than 9,000, Bitcoin and all other currencies in several accounts were completely cleared, and even after the currency price rushed to 10,000, it was unmoved and insisted on short positions.

Uncle Kai's three main points a month ago have been tested by facts and still apply today:

1. The currency circle cannot stand alone, and will eventually receive the liquidity impact of the epidemic.

2. Bitcoin is no longer digital gold and has no hedging function.

3. Digital currencies and viruses are borderless, and the impact is global and mutual. It is futile to distinguish between domestic and foreign. In the past two days, the market has been volatile. A number of financial and currency media interviewed Uncle Kai. Uncle Kai sorted out the main points and briefly answered a few questions that everyone was concerned about.

Question 1: Why did Bitcoin plunge, and why did it fall so deeply?

The main reason was the spread of panic pandemic, which triggered the capital's risk aversion instinct, and the large-scale risk aversion sell-off caused stampede. In addition to this main reason, there are four important factors that have contributed to the unprecedented drop in Bitcoin. 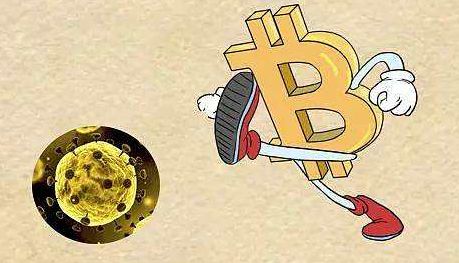 First, the market has wrong expectations of Bitcoin attributes .

For a long time, Bitcoin has been regarded as digital gold, and it has been regarded as a safe haven in times of market turbulence. This illusion has been instantly dissipated under the extreme test of the market. Bitcoin not only does not function as a safe-haven asset, but is itself a huge source of risk. In this case, the huge anxiety and consternation generated by the holders are multiplied on the panic caused by the epidemic, generating funds to escape Stomp.

In fact, a long time ago, Uncle Kai clearly stated that digital currencies are more of an alternative financial product in the category of financial assets, after all, they cannot escape the impact of tight liquidity in financial markets.

Second, the digital currency represented by Bitcoin has no anchored value base.

So far no one in the world can come up with a convincing basis for bitcoin pricing. Everyone's intrinsic real value to bitcoin is still in the clouds. For example, oil, real estate and Moutai stocks, as mature investment products, have a recognized pricing basis, and their intrinsic value can be calculated. Even if their prices fluctuate up and down due to the impact of the extreme external environment, after all, they are still floating around value. If the price is significantly lower than value, many long-term value investors will choose to buy it, and vice versa. It ’s like a big maritime storm is coming. Even if a ship with an anchor shakes up and down, it wo n’t be swept away by the storm because an anchor is involved. At this time, Bitcoin is a ship without anchors. Where the wind and waves blow, the ship is scraped.

Third, digital currency practitioners are relatively young and have not experienced the baptism of a real financial turmoil.

Digital currencies are the paradise of the post-90s era. Most of them have not experienced major financial storms themselves: the stock market disaster of the last century, the economic crisis of Southeast Asia in the 1990s, the Nasdaq technology bubble at the beginning of this century, and the 2008 financial crisis. Those who have experienced these big storms will understand that in extreme cases, many common sense can become paradoxes. For example, gold is recognized as a tested and safe-haven asset, but in extreme cases, due to the collapse of liquidity caused by panic, gold will be sold into cash and government bonds. In several financial crises, gold has also fallen sharply, not to mention Bitcoin .

Fourth, digital currency derivatives have developed rapidly in the past two years.

Highly leveraged capital borrowings and numerous derivatives have exacerbated sharp market volatility. Most derivatives investors are not used to hedge spot risks, but to use small and large companies, so in extreme cases of the market, the volatility will be greatly amplified by leverage.

Question 2: What are the factors currently affecting Bitcoin?

There are many factors that affect the price of bitcoin: such as mining computing power, investment demand, etc., they play different roles in different periods, but one thing is certain. At present, the factors that affect bitcoin are public sentiment, or the panic index, other Basic factors have temporarily become secondary factors.

Question 3: Does Bitcoin have any hedging properties in the future?

This has a profound impact on the positioning of Bitcoin in the future. Before that, some people bought bitcoin for investment and speculation, and some people wanted to be able to hedge and circulate in times of crisis. After this bloody lesson, no one in the market should imagine Bitcoin as a hedge. Assets, which have a negative impact on long-term demand.

By the way, Uncle Kai gives everyone benefits, and the hedging attributes of financial assets are sorted from weak to strong:

Question 4: To what extent will the upstream and downstream industry chains of the blockchain be affected?

There is no doubt about the negative impact on the industry. At present, the head should take measures to save strength to survive the winter, small and medium players are planning for the worst, and the possibility of new players entering the market is almost zero.

We must also guard against the subsequent industry shock caused by the big drop. Just like the earthquake, there will be many aftershocks after the earthquake. Because a lot of hidden dangers in the early stage and deep buried thunder, will be slowly fermented and finally exploded because of big market shocks.

Question 5: Is there any halving?

Halving prices have been overvalued.

Although historically the price of bitcoin rose by half when it was halved, this logic lacked scientific and rigorous arguments. At that time, there were too many factors affecting the price of the currency, and we could not attribute all of the increase in the price to half. Just chant the rooster as the sun rises, and everyone won't attribute the reason for the sun rise to chicken barking. This reasoning is obvious to the eyes of professional investors, but unfortunately, digital currency investors are not professional enough, and many blind followers.

Unfortunately, the expected halving market did not come, but waited for the "quotation" of the currency price to halve in one day. 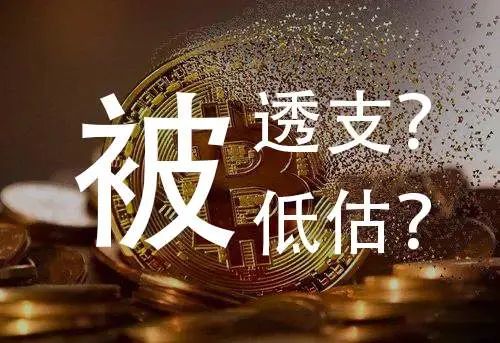 Question 6: Some people think that it is possible for the marketer to combine cutting chives.

Weakness of human nature: like to attribute the unknown to conspiracy theories. People in the currency circle think so: The plunge is because the dealers jointly harvested leeks, as if the money was lost because they were harvested instead of making mistakes in their own judgment, the psychology of leeks was better.

In fact, under the global liquidity storm, bookmakers or so-called large households have actually been hurt more. This magnitude of plunge is not something that a few bookmakers or giant whales can handle. To put it another way, even if the dealer has the ability, he will not be stupid enough to manipulate the market to cut leeks under such extreme market conditions. If the dealer is a pirate, do you think the pirates would be stupid enough to hijack a merchant ship during a storm at sea? Maybe before the departure, the storm was harvested as leeks.

The storm is just as fair as the epidemic. Regardless of ethnic borders, no matter whether it is an individual or an expert, it is harvested.

Want to see Uncle Kai's operation, then everyone will be disappointed.

This time no longer post their own operations, the reason is simple, analysts post their own operations is the most silly thing . If you help others avoid the plunge or make money, most people will thank you verbally, most of them will not even thank you. In the beginning of February, Bitcoin rushed to 10,000. Everyone was bullish. Uncle Kai was short on his own. He was also beaten on various occasions. In case the analysis is wrong and the direction is wrong (this kind of thing is not impossible), others lose money or make less money. Some people don't talk about it, they are unhappy or they scold them. Therefore, Uncle Kai did not see any reason to share the operation with everyone.

Under explanation, the last post operation was the only one of Uncle Kai's, because the epidemic was trapped at home, and he was too fussy to take the wrong medicine, which is worthy of caution. No more silly post operations.

If you guys want to ask me how to do it, please ask yourself how much iron you have with Uncle Kai. Most people ask, Uncle Kai ignores it. I ’ m more familiar without a good relationship. I can only say haha: see more and move less . Well relationship people. Well, it depends.

Block.one costs $150 million to build a Voice, and the domain name is worth $30 million.