Whenever there are unfortunate capital incidents, explosions, and road running incidents, the losses are huge. Not long ago, the digital currency exchange FCoin exploded, and its founder said that it was expected to be unable to pay between 7,000 and 13,000 BTC. (Calculated based on the BTC price at the time of about US $ 68.5 million to US $ 127 million) Such a huge amount of funds was the hard-earned money of countless investors.

So, where does the traffic in the currency circle come from? In other words, why is there a steady stream of head-to-head injections of blockchain projects and digital currency exchanges? "Daily Economic News" reporters in-depth investigation found that the introduction of currency circle traffic mainly depends on online and offline, and online is currently the main position for drainage promotion. On the line, the project party "changed the soup without changing the medicine", and the original team took a shot to change one project. All they needed to do was change the name of the group chat or pull the user into another group.

In Douban, the blockchain group was established in 2011. The group is full of advertisements for various blockchain projects. From the woolen wool project to various small games, people in the currency circle are active every day.

In a post titled "Are there any people who want to earn some income recently, I have a good way, three or five hundred a day": "Some people who have a successful career rely on opportunities, and most rely on partial doors. Flowers Take a few minutes to learn about it. If you feel you can do it with me, if you ca n’t, just leave. Poverty and richness are between thoughts. Concepts determine poverty and richness. People who have ideas are willing to operate. Dozens of posts.

The reporter added a group chat called "Internet Project Consulting" created by this netizen. After joining the group, a group friend private chat reporter immediately said that there are profitable projects that can be cooperated, and the daily income is 200 ~ 500 yuan, which can be settled anytime .

In addition, some Douban netizens recommend the blockchain wool project, saying that "the blockchain industry has a lot of wool, not white or not. One person is too small, you need a group of people to dwell together!" At the same time, this netizen is still in Douban Conducted "investment", saying that he had "a lot of low-cost manpower."

There are also people who openly claim to want to be "blockchain projects" with funds, and posts that introduce various types of virtual currency projects, and posts that publicly pull people to join their own blockchain community.

In addition to Douban, Post Bar is also the main position for drainage promotion.

Search for "blockchain" in the post bar, and the purpose is to advertise for all kinds of blockchain projects. "Daily Economic News" reporter clicked into the post named "Support for the last 3 days of the famous brand chain, the official launch of the 9th", hundreds of replies. There are many similar posts. In addition to introducing projects, the posts also have attractive project commissions, and rhythmic responses such as the constant rise in currency prices and celebrity platforms.

The reporter noticed that the speech of the introducer of the blockchain project was very tempting: "Safety first, if you only look at high profits, it is very dangerous. If the profits are too high, the collapse will surely be fast. If the principal is relatively safe, then talk about profits . This project, regardless of the small amount, will pay back the principal two days each time. The profit will be about 75% in the first month, and the monthly income will be more than 100% in the second month. The mutual aid powder is used first. There is a bubble in mutual aid. Then open the entertainment disk to eliminate the bubble, this plate is very suitable for the team to enter. "At the same time, the introducer also posted a team of 579 active users.

Each post is accompanied by a large number of QQ groups and WeChat groups, and the traffic behind them cannot be estimated.

The customers introduced by Douban and Post Bar will eventually return to the WeChat group and the QQ group, both of which are also important positions for drainage promotion.

Within a few WeChat groups lurking by reporters, in just a few months, the main push for the blockchain project was changed twice. The group name has been changed to "GEC Learning Group". Whenever a newcomer enters the group, the group owner named Li Yang will send the Android and IOS version of the APP download link to the group.

"Everyone can reset the payment management in OTC. The bank card account number and name must be the same as the real name of the interesting category. The bank card number must be filled in carefully. Everyone has only one chance to modify. Please everyone know!" Li Yang reminded the group again The user performs real name verification.

In another group, Li Yang recommended a different blockchain project "Starfield STBC". The name of the community is "Starfield STBC Hundred Times Community 88 Groups", and the number of members in the group is 215. Its recommended item is an on-chain wallet.

"The CTEC chain wallet is common to all BTC and ETH wallets, and has its own independent decentralized cold wallet, so there is no need to worry about asset security. It is fully decentralized and multiple exchanges are listed."

However, according to the reporter's understanding, so-called "decentralized" wallets often have human operations, and investors' virtual assets are stolen from time to time.

"Daily Economic News" reporters search for "blockchain games" through the QQ group search function, and there are dozens of group chats. Among them, there are 2,000 people and 500 people. There are many types of group chats, pet groups, zodiac groups, etc. Everywhere.

In addition to recommending projects in the group, there are also people who provide blockchain APP customization, exchanges, and blockchain customization development functions. According to reporters, hundreds of thousands of people can create a new digital currency exchange. The more functions they need, the higher the cost.

Lawyer: Investors should be responsible for stopping losses when they are suspected of leading MLM crimes offline

So, is there a legal risk in promoting the sharing of revenue through the way of pulling people's heads? How should investors safeguard their rights when they suffer losses?

Xiao Ye, a member of the Bank of China Law Research Association, told the reporter of the Daily Economic News that he was suspected of leading the MLM crime under Article 224 of the Criminal Law. In this case, investors are advised to: 1. Promote the risk awareness of relevant investments and stop losses in a timely manner; 2. Adjust the mentality and calmly deal with the problem of rights protection at the lowest cost; 3. Negotiate with the platform in time to reach both Acceptable refund agreement; when necessary, you can entrust lawyers to negotiate and draft related agreements on behalf of them; 4. the agreement cannot be reached, or the agreement is not fulfilled; rights can be safeguarded through legal means such as civil arbitration and civil lawsuits; 5. criminal Prosecution is the last resort. On the one hand, it is immediate; on the other hand, both parties need to pay the most. If it is possible to solve it by other means, it should be resolved through consultation and mediation.

It is worth mentioning that on September 4, 2017, the Central Bank issued the "Announcement on Preventing the Risk of Token Issuance Financing", stating that the tokens or "virtual currencies" used in token issuance financing are not issued by monetary authorities and are not legal Monetary properties, such as compensatory and compulsory, do not have the same legal status as currency, and cannot and should not be used as currency in the market.

On January 10, 2019, the State Internet Information Office promulgated the "Regulations on the Management of Blockchain Information Services", which states that, when engaging in blockchain information services within the territory of the People's Republic of China, it is necessary to fulfill the filing procedures. 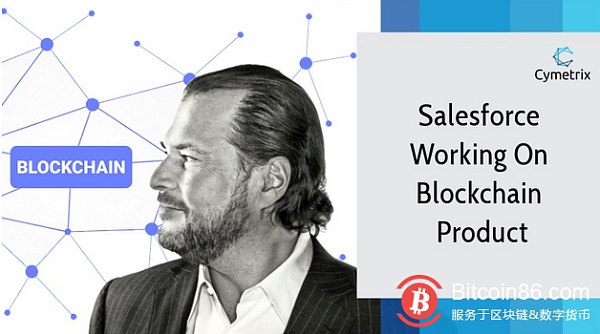