Sparkswap is a decentralized exchange that received $ 3.5 million from Pantera Capital, Initialized Capital and other institutions. The exchange announced Tuesday that it will close.

Sparkswap founder Trey Griffith detailed the reason in a blog post, saying that the number of users is not enough to keep the company going.

"Unfortunately, we cannot build a large enough audience to sustain a long-term business. Engaging in cryptocurrency businesses, especially those that need to interact with the fiat currency banking system, is a costly endeavor, and in the current situation, See, the autonomous hosting model we support is too niche to keep our business going. "

The company has stopped new user registration and will terminate all trading services after March 24, and plans to deactivate its Lightning Network node by the end of this month. However, the company assured customers that with the help of bank partner AnchorUSD, their USD funds would remain in their accounts. According to Griffith's article, Sparkswap users will not incur any fees for redemption of bank accounts using AnchorUSD until the end of April.

However, Griffith said he still believes in the importance of self-hosting and hopes that Sparkswap's failure is only a matter of time, leaving room for similar solutions in the future. Its code will remain open source for those who wish to contribute to the development of Bitcoin and Lightning.

"Currently, as a company, our focus will shift more broadly to fintech, but we will closely monitor the development of the Bitcoin and Lightning Networks and plan to continue to be members of these communities."

Sparkswap was founded in 2017 and is built on the Lightning Network. Users can manage cryptocurrencies by themselves when conducting transactions on the platform. The company raised $ 3.5 million in funding last April.

The following is the full statement issued by Griffith:

We launched Sparkswap, hoping that the core financial activity—transactions—become possible without sacrificing autonomous hosting, which is exactly what the value of Bitcoin is. Based on the Lightning Network, we can continue atomic cross-chains to create a user experience as fast as a centralized exchange.

The desktop version of our product Sparkswap hopes to bring consumer experience to this cutting-edge technology, allowing ordinary Bitcoin users to buy Bitcoin without sacrificing autonomous hosting. As our users have said, this experience is "magic"-transferring Bitcoins to their wallets instantly via the Lightning Network. We are very grateful to our customers who used Sparkswap to buy Bitcoin and advertised it for us.

Unfortunately, we cannot build a large enough audience to sustain a long-term business. Engaging in the cryptocurrency business, especially those that need to interact with the fiat currency banking system, is a costly endeavor, and as far as the current situation is concerned, the autonomous hosting model we support is too niche to keep our business sustainable Go on.

Therefore, we closed Sparkswap products and services. Starting today, we will no longer accept any user registrations or additional USD deposits. Existing users must complete the transaction before March 24, 2020, and then we will terminate all transaction activities. We plan to retire our Lightning Network nodes at the end of March.

Even after we terminate the transaction, the user's USD funds will continue to exist in the account of our bank partner AnchorUSD. AnchorUSD has iOS and Android apps and offers high-yield USD interest accounts and mobile password trading. You can also put dollars into your bank account. Until the end of April, all account redemptions via AnchorUSD are free.

We still believe in the prospects of Bitcoin and the Lightning Network, and the importance of Bitcoin's support for self-hosting of the financial system. We sincerely hope that we just appeared too early, and a few years later, services like Sparkswap will replace escrow exchanges. But as billionaire investor Howard Marks puts it, "It is indistinguishable from being too far ahead of time and making mistakes."

Although we may have made a mistake, the charm of Bitcoin is that it exists independently of any company or individual. Bitcoin and the Lightning Network still have a lot of exciting developments that bring us closer to the financial system we deserve. Although we can't pass on the torch, most of the code we write to build our products is and will continue to be open source, so we hope others can learn from and adopt our approach.

Currently, as a company, our focus will shift more broadly to fintech, but we will closely monitor the development of Bitcoin and Lightning Network technologies and plan to continue to be members of these communities.

Thanks to the enthusiasm of the community, to the trust and patience of customers, and to the firm support of investors. If you have any questions or comments, please feel free to email us: support@sparkswap.com. 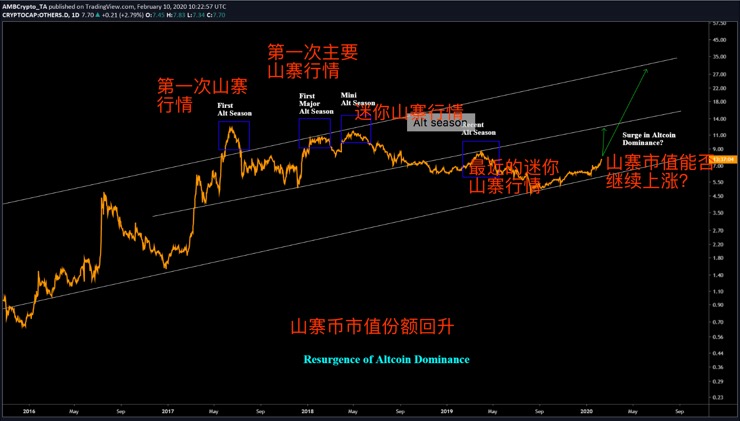