Bitcoin has recently experienced its biggest one-day drop in history, with the price of Bitcoin falling from $ 7,900 to around $ 5,000 in less than 48 hours.

As the first digital currency ever, the current transaction price is already lower than the cost required for miners to produce each bitcoin. What does the current state of network computing power, the future direction of assets, the upcoming halving, and the price adjustment of Bitcoin mean?

Following the biggest one-day plunge in a decade, Bitcoin may be in its most dangerous position in a decade.

With the collapse of the stock market, the corona virus, the world has entered a state of blockade and panic, and the bitcoin and encrypted digital currency markets have also fallen into a trough. 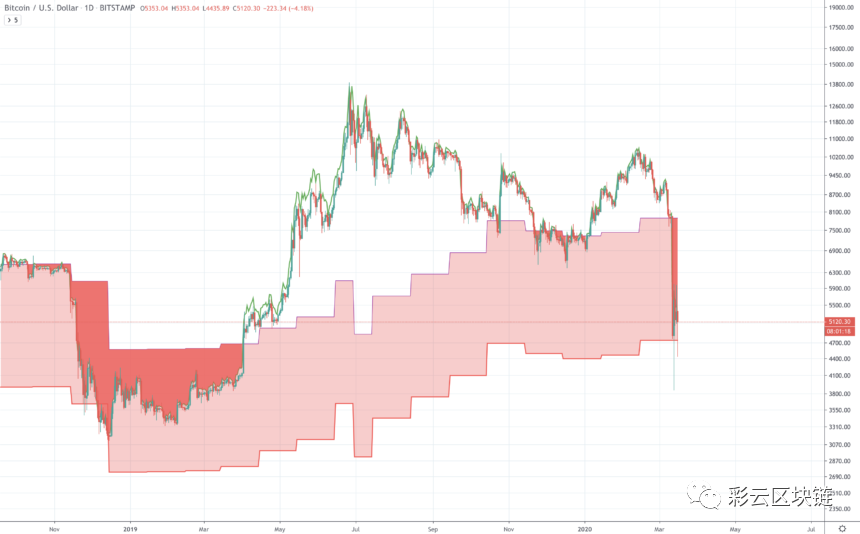 At the time of writing, Bitcoin is trading at about $ 5,000, which is still well below the average production cost of each Bitcoin.

Bitcoin's blockchain protocol is supported by a process called proof of work, which involves miners using a Bitcoin miner (supercomputing server) to perform complex hash operations to verify each new block. Miners receive a certain amount of bitcoin as a reward. However, the power costs associated with operating a Bitcoin mining machine must be taken into account.

Moreover, if the cost of producing Bitcoin is too high, it is better for miners to buy Bitcoin rather than run a mining machine and continue to provide computing power to the network.

This is now the case, as Bitcoin has fallen to the position of price. At this point, even if the cost of electricity per bitcoin is low enough, miners will still struggle to reap good profits at current prices.

Halving is hell: the mining difficulty indicator indicates that the worst case for Bitcoin has not yet arrived

The current network-wide computing power means that most miners are still barely running their machines.

In the next two months, Bitcoin's mining costs will also rise significantly. Although halving expectations is a bullish event that will cause supply and demand to be re-established and prices to skyrocket, this time is likely to eventually become bearish.

Halving the rewards miners get in half. This means that in just two months, when the price of Bitcoin is halved, the production cost will double overnight, which will make the mining cost of the lowest-end miner up to $ 16,000, the best miner Production costs will also reach $ 9,600.

As miners shut down old bitcoin miners in large numbers, the difficulty of bitcoin mining will decrease. Eventually, the production cost of each bitcoin will be reduced to compensate accordingly, but the sudden changes in rewards may A number of unknown factors exist. 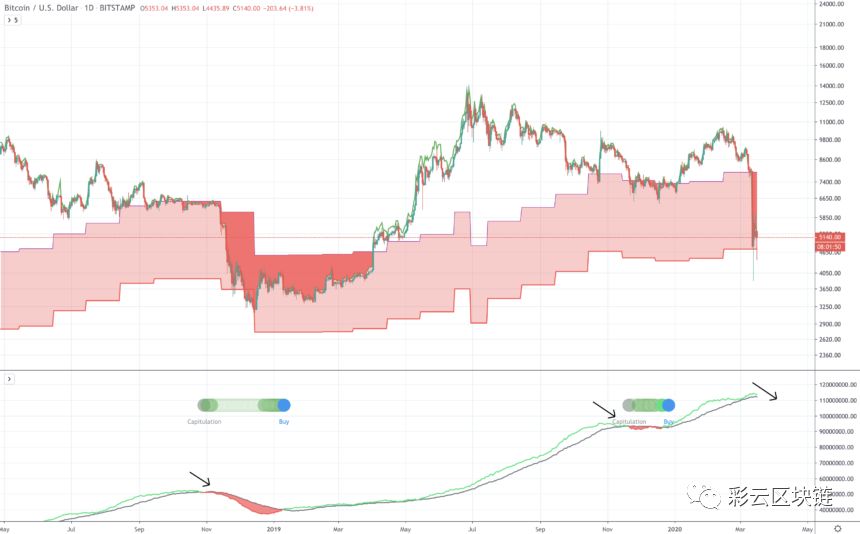 The miners surrendered at the end of 2018 and again at the end of 2019. The mining difficulty zone is currently curling downwards, and due to such low production costs, miners may surrender again, resulting in another large-scale selling. Of all the negative sentiments related to Bitcoin mining, the only positive factor is that after the halving is over, usually Bitcoin will reach an all-time high.

In the past bitcoin cycle, before the new bull market was triggered, mining difficulty usually produced three major phases that forced miners to surrender. Bitcoin miners have now experienced two capitulations in 18 and 19, and the next major miner capitulation may be the last market elimination before the next bull market is determined to begin.

OKEx will suspend deposit and withdrawal of ETH at 17:00 on December 7th

Liu Wei explains why registration for Bitcoin white paper: everyone can become Nakamoto