It all starts with the magical "asymmetry" of cryptography.

As early as BC, ancient civilizations such as ancient Egypt, ancient Rome, and ancient Greece have begun to use cryptography to protect the confidentiality of information. The earliest asymmetry in history is the use of special information encoding methods. If a third party does not know In a specific encoding method, it is difficult to decode the corresponding information. 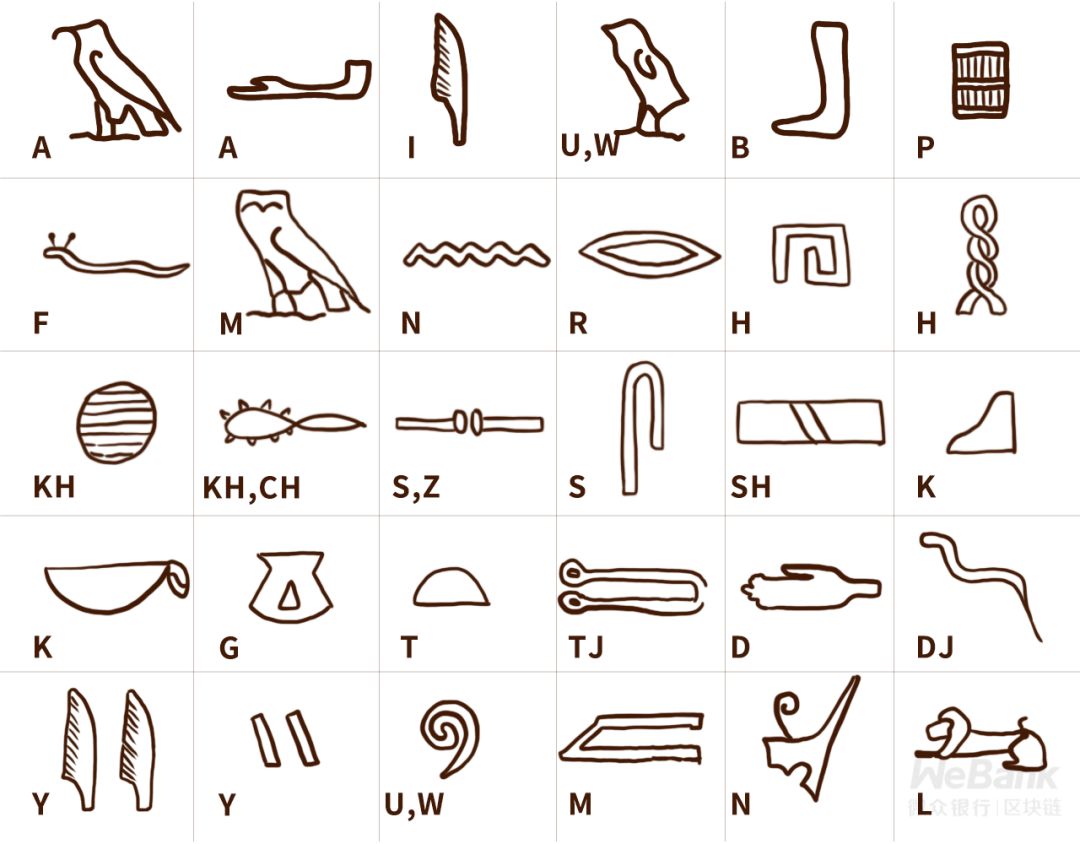 After about 4,000 years of development, in the early 20th century, modern cryptography was formally introduced, introducing a more rigorous mathematical definition of asymmetry. More representative early papers include "Cryptography in an Algebraic Alphabet" published by Lester S. Hill in the American Mathematical Monthly in 1929.

At the end of the 20th century, with the popularization of the Internet, a large amount of sensitive data was transmitted on the network, resulting in a large number of data content protection needs, and the cryptographic technology has developed rapidly.

In modern cryptography, the most familiar concept of asymmetry is "public key" and "private key".

Take encrypted communication as an example. The protagonist Xiaohua wants to send an email to his friend Meili by encryption. You can find the beautiful public key first, use the public key to encrypt the message content, and get the encrypted ciphertext. Send to beautiful. After receiving the ciphertext of the email content, Meimei decrypted it with her private key, and finally got the plaintext of the email content.

In the above process, the magical asymmetry of cryptographic algorithms is reflected in the following questions:

The answers to these questions must be attributed to the theory of computational difficulty in cryptography.

In the privacy protection scenario, the computational difficulty theory is specifically manifested in that the computational difficulty of obtaining the same information through different computation paths for the same privacy data subject is asymmetric. In asymmetry, relatively easy calculations are used to construct authorized data access, while difficult calculations are used to avoid unauthorized data leakage.

There are many ways to construct such asymmetry. One of the most classic ways is one of the seven major problems of the millennium-the P and NP problems.

Regarding the same answer, the verification process is much easier than the calculation process, so we can construct the asymmetry of the computational difficulty required by the cryptographic algorithm.

Can the NP problem be transformed into a P problem by an effective polynomial time algorithm, thereby cracking the asymmetry of computational difficulty? At present, there is no conclusion in the academic circle.

Theoretical research further shows that for the core problem in the NP problem set, that is, the NP complete problem, if an efficient polynomial time algorithm can be found to solve any NP complete problem, all other NP problems can be constructed based on this algorithm to effectively Polynomial time algorithm. As a result, the asymmetry in computational difficulty mentioned previously will no longer exist.

Fortunately, after nearly 70 years of scientific exploration, such an algorithm has not been discovered. In a limited time, it is difficult for modern computers to solve the answers to these problems, so modern cryptography can safely construct effective cryptographic algorithms based on these NP-complete problems.

Visually speaking, the core of the theory of computational difficulty is to construct a maze. If you do not know the shortcut, it is difficult to reach the exit. 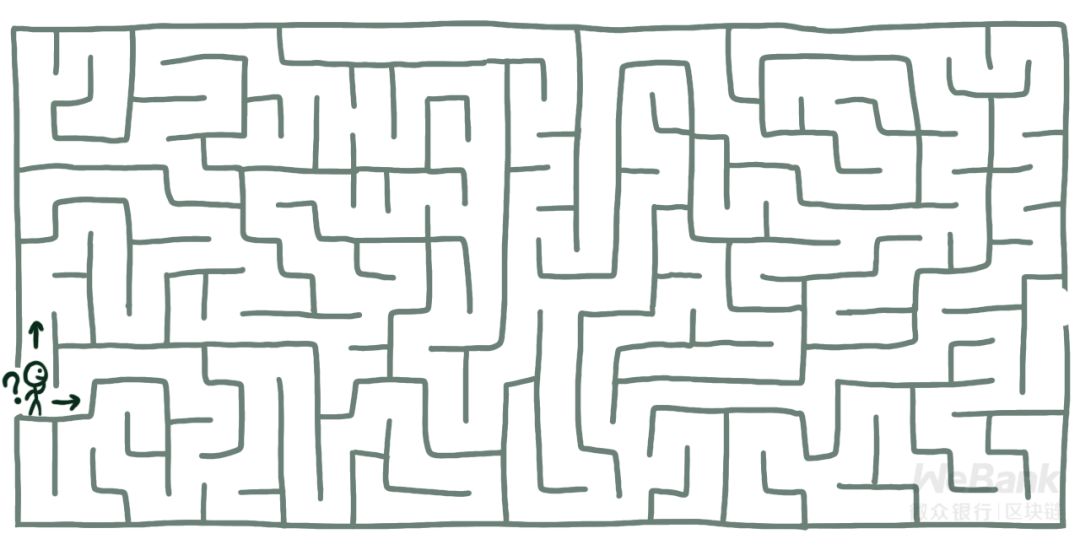 The effectiveness of various cryptographic algorithms that we use every day is closely related to this theory. Here we focus on the asymmetric cryptography algorithm as an example to introduce the classic blueprint of maze construction, which is the three major computational difficulties:

Given two large prime numbers p and q, it is easy to calculate n = p * q. However, given n, solving p and q is difficult.

In a finite field with modulus n and generator g, given the integer a, it is easy to calculate g ^ a = b. However, it is difficult to calculate a given b and g.

Many new readers of cryptography will have the illusion of computational reversibility on the discrete logarithm problem. It seems to be a log operation, but the truth is not the case.

In the real number field, elements have a very important property, total order relationship, so it is easy to compare sizes. For example, if 9> 2 and 3> 2 in the real number domain, 9> 2 must be derived.

When calculating log2 (9), the computer performs a binary search on the result of the function with element 9 as the input, first calculates (9/2) ^ 2 and 9 to compare, and then calculates ((0 + 9/2) / 2 ) ^ 2…. The end result of the log is calculated by constantly comparing the properties of the element sizes. 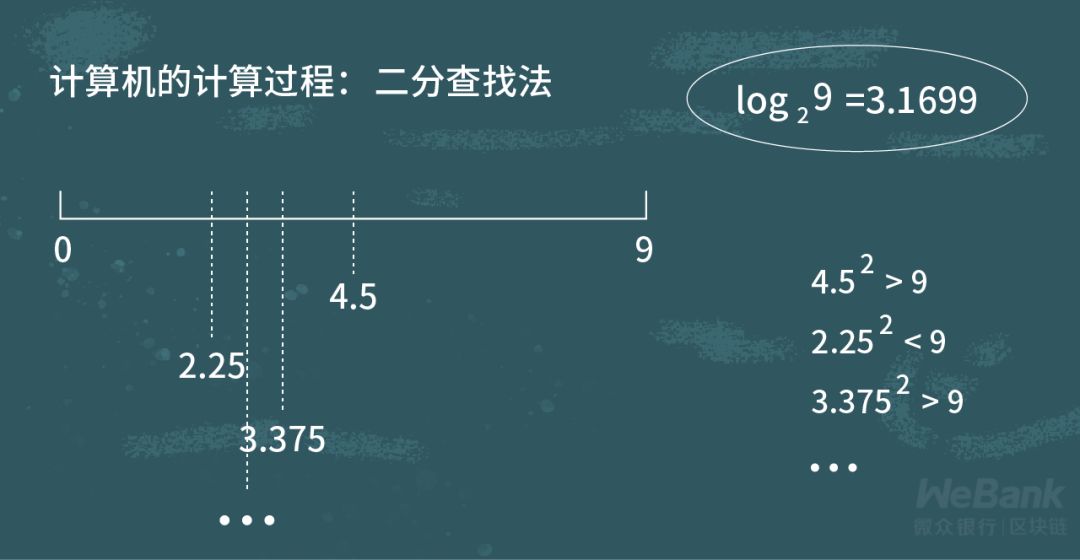 However, in finite fields, there is no total order relationship between elements. In a finite field with a modulus of 7, we can see that relations such as 9 equals 2, and 3 is greater than 9.

Therefore, a in the above process cannot be calculated by an effective algorithm. Many well-known cryptographic protocols are based on discrete logarithmic difficulties, such as the Diffie-Hellman key exchange protocol, ElGamal encryption, and DSA algorithms.

For an elliptic curve group over a finite field F, point P is a point on the curve. Given an integer a, it is easy to calculate a * P = Q. However, calculating a from P and Q is difficult.

Unlike ordinary algebra operations, point operations on elliptic curves are defined as follows: 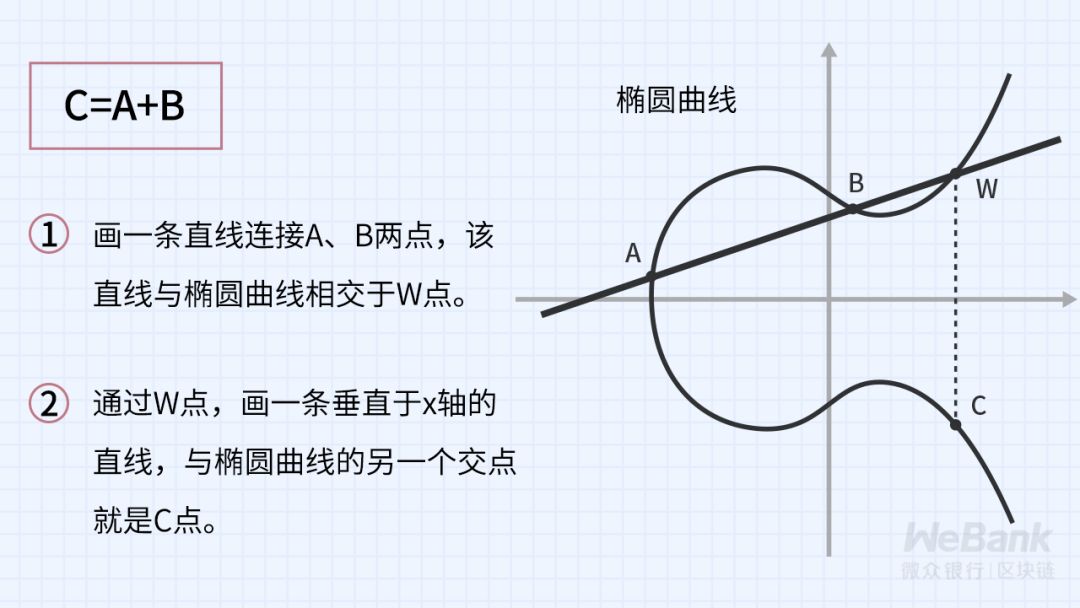 It can be seen that the point operation on the elliptic curve is very different from the operation on the ordinary real number field. At present, there is no effective algorithm to decode the discrete logarithm problem of the elliptic curve. At present, the most commonly used public-key cryptosystems ECDSA, EdDSA, and State Secret SM2 are based on this difficult problem.

Understanding these security assumptions is the key for companies to make technical selections and objectively judge the strength of weak privacy protection schemes based on different cryptographic algorithms.

Here, we need to further introduce the concept of "safety parameters".

Based on the minimum length of the cryptographic algorithm key for different difficult problems, the National Institute of Standards and Technology NIST recommends the following, where each cell represents the minimum number of bits required to use the key length.

From the above table, we can see that even if the key length is the same, the security level obtained by choosing different difficult problems is different. Generally speaking, the technical scheme constructed based on the same difficult problem, the longer the key length, the higher the security, and accordingly, the lower the system efficiency, which is often accompanied by trade-offs in other system designs.

In the final analysis, the difficulty of calculation is still a calculation problem. As the computer's computing power increases or the progress of algorithm theory advances, the security of these problems will change. For example, the RSA encryption algorithm and NIST key management guidelines believe that after 2010, 1024-bit keys are no longer secure and need to be increased to 2048-bit key lengths. It is expected that their security and effectiveness can be maintained until 2030.

If an enterprise can update the existing system in a timely manner according to the security parameters and algorithm schemes recommended by authoritative technical organizations, the difficulty theory can effectively guarantee the effectiveness of privacy protection technology schemes as long as new.

These security assumptions are important to evaluate the overall security, effectiveness, and practicality of the privacy protection technology solution. For specific analysis, please pay attention to the decomposition below.

Report: Bitcoin inflation is expected to be lower than gold by 2021.