Source of this article: Golden Finance , the original title "Golden Observation | More than 2 Million Mining Machines Read the article to understand whether there will be bitcoin mining difficulties"

The plunge in Bitcoin prices on March 12-13 is still reflected in Bitcoin's hashrate.

According to F2Pool data, at the current currency price and difficulty, at 0.38 yuan / kWh, the mainstream mainstream mining machines such as Ant S9, Shenma M3, and Ant T9 + have all been shut down. Electricity charges account for more than 90%, and are already on the verge of shutdown. 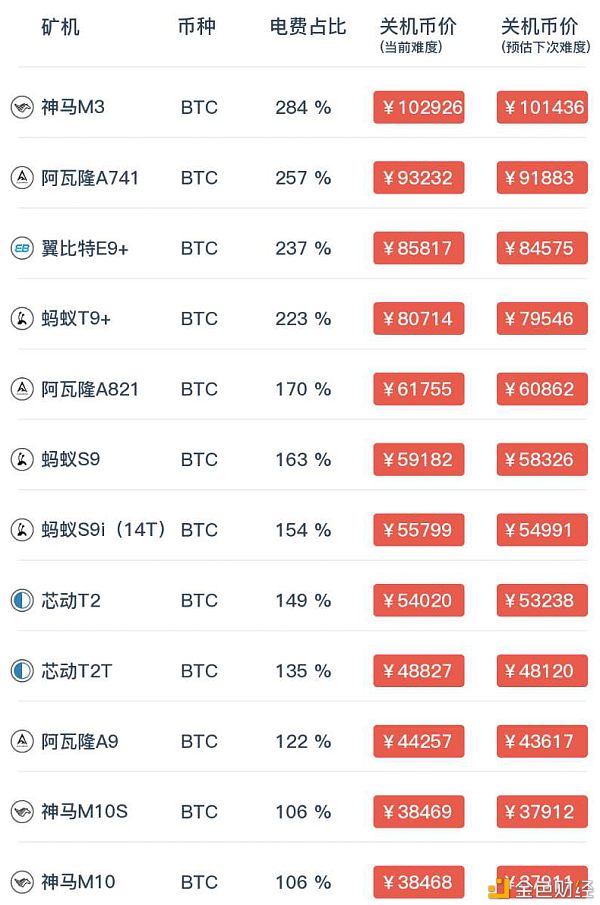 Let's start with the basic concepts of Bitcoin computing power and difficulty adjustment.

Blockchain block is a data structure, which is mainly composed of block header and transaction list. The following figure is a schematic diagram of the Bitcoin blockchain. At the same time, in order to prevent the difficulty from changing too quickly, the adjustment range of each cycle must be less than a factor with a value of 4, and the new difficulty range is between 25% and 400% of the old difficulty. If the adjustment range is greater than 4, adjust it by 4 times. In other words, if the time is less than 5040 minutes, it is calculated as 5040 minutes; if the time is more than 80640 minutes, it is calculated as 80640 minutes.

In other words, if the miner shuts down and causes a decrease in computing power in a difficulty cycle, the block production time of 2016 blocks in this cycle will be greater than 20160 minutes, which will cause the adjustment cycle to be greater than 14 days.

So after the Bitcoin crash on March 12, Pan Zhibiao, a coin-printing mining pool, said, "If the computing power drops by 30%, it will be adjusted after 16 days , and miners must make at least half a month of cash flow."

Of course, finding a result that meets the requirements through hash operations depends not only on the size of the entire network's computing power, but also on luck. Bitcoin occurred on March 12 for more than an hour, and many netizens thought that it was caused by the sharp drop in the price of the currency and the panic shutdown of miners, which caused the instantaneous decline in computing power. However, the block generation time of the next few blocks was only a few minutes.

What is called a mine disaster?

Bitcoin's hashrate is now 27% lower than March 5. Is there a mining disaster?

Wen Hao, the founder of Bite Wallet, told Golden Finance that the so-called mining disasters are a large part of the old version of high-energy-consuming miners that had to be shut down because the cost was greater than the electricity price, resulting in a sharp decline in computing power . This is a normal economic phenomenon because of the mining disaster caused by the plummeting prices. Miners have to shut down after losing money.

And Zhu Yin, the co-founder of Coin India, said that the mine disaster must be a catastrophic shutdown. If the mining machine has been dug for several years, it will be called a disaster if it is turned back several times. Not called at all. New mining rigs with low electricity costs were forced to shut down in large areas before they were called mining disasters. The mines with the highest electricity bills have no advantage, and some of these mines are not a problem.

Will it affect Bitcoin network security?

Wen Hao told Golden Finance that the mining disaster itself will not affect the security of the Bitcoin network, and the rapid decline of computing power will affect the block production speed in a period of difficulty, but eventually the Bitcoin network will stabilize to a more reasonable status.

It can be more exaggerated to imagine that even if the computing power of the Bitcoin network is now halved, the possible impact is that the time of this difficulty cycle will be much longer than 14 days, but the difficulty will be reduced next time, and the block production time of Bitcoin will be accelerated. 10 minutes.

2050 Conference | Ma Qianli, Vice President of Babbitt: After the data island is completely broken, it will be one person and one city. 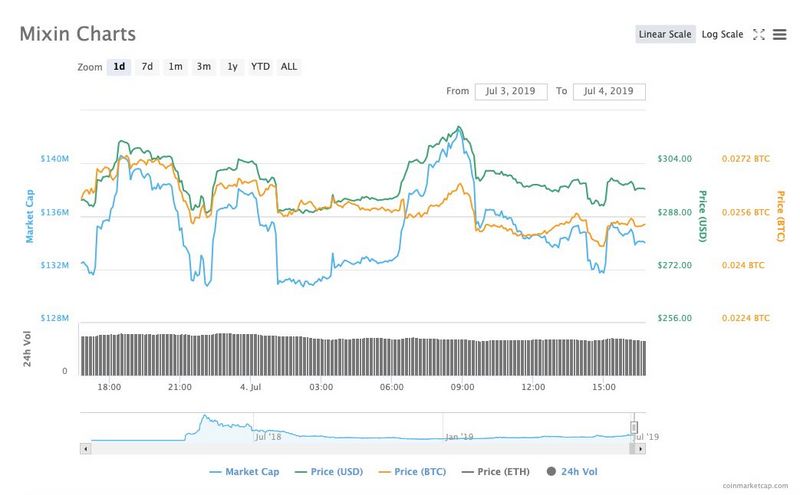 Libra Hearing | Libra Project Leader Marcus: The Libra Association has 100 members and Facebook is just one of them.

Data: Ethereum's 60-day volatility falls to its lowest point since 2016