You will definitely have the impression that when a feature is disclosed, crazy fans will make a "oh-oh" exclamation sound, followed by crackling applause. Today, this scene appears in the world of cryptocurrencies, the protagonist is Bybit, a digital asset derivatives exchange, and its co-founder and CEO Ben Zhou.

On the 24th, Bybit and Chain Node held a new product online launch conference, releasing three new products that are placing orders for USDT perpetual contracts, contract insurance, and APP advanced strategies , as well as several small functions that can be called black technology. In this event, it attracted more than 20,000 viewers in a short period of time, and the page of the live room was swept by a stunning barrage.

Who is Bybit? Why did its launch become the traffic center on the 24th? What surprises cryptocurrency players?

Those who are familiar with Bybit should know that this is an exchange that is only a derivative. Since its establishment in 2018, there have been only currency-based perpetual contracts (reverse contracts) in the four currencies of BTC, ETH, EOS and XRP. Even so, according to Ben Zhou, the platform has 330,000 registered users, more than 15,000 daily active users, and an average daily transaction volume of more than $ 1 billion.

Domestic users are not familiar with Bybit, perhaps because nearly 42% of its users are from Europe, 27% from the Americas, and about 24% from Asia.

But everyone who has used Bybit until, its magic lies in the "smooth and smooth" trading experience. In the 312 epic slump, many major exchanges either "plugged the network cable directly" or simply stalled to a crash. Moving forward, after the 1024 speech, bitcoin skyrocketed, and long orders could not be closed, and the fear that short orders could not be filled was still a nightmare for many investors. However, in Bybit, the operation is stable, and the flow is flowing.

On the 24th, the exchange, which has always given people a "simple" feel, released three new functions, namely, placing orders for USDT perpetual contracts, contract insurance and APP advanced strategies.

It is these three new products that excite fans watching the live broadcast, which may be the gospel of derivative players who are stuck in the contract quagmire.

Do n’t panic if the price soars, the forward USDT perpetual contract that supports two-way positions is coming

The so-called forward USDT means that the margin and settlement currency are both USDT. Users only need to hold USDT to carry out contract transactions such as BTC or ETH. Compared to reverse contracts (currency-based contracts), forward contracts allow investors to participate in multi-currency contracts by holding USDT for one currency, and this USDT-based perpetual contract can be tight with the spot price of cryptocurrencies Following closely, it is more convenient for investors to make judgments and decisions on the market, avoiding the risk of liquidation caused by currency price fluctuations, and the risk is lower in a bear market.

According to Ben Zhou, this new product of Bybit supports long and short positions in the same contract. It is suitable for a very common scenario. For example, if you have a long order and you think the price will continue to rise, but for some reason, you Short-term bearish, at this time you can directly open short orders without closing multiple orders. It is reported that under the position-by-position model, investors can even choose different leverages. Long and short positions exist independently and do not affect each other.

In addition, this product also has a combined margin function. Those who have played the contract should feel a sense of emotion when they hear this: this function is a bit counterintuitive. It is equivalent to say that the outstanding profit and loss of all full positions in the trading account can be shared, which greatly improves the capital utilization of traders and achieves higher effective leverage.

On the 25th, Bybit first launched the BTCUSDT trading pair. Later, with the introduction of forward contracts such as ETHUSDT, Bybit also supports multi-contract shared margin and insurance pool functions. That is, the open profit and loss of all USDT margin contracts in the full position mode will be shared.

Ben Zhou mentioned that Bybit's forward USDT perpetual contract supports bitcoin deposits, which can then be exchanged for USDT with one click on the platform.

This convenient design is very worth looking forward to for contract players.

Simplify the new method of options-contract insurance, you can get "claims" in case of a short position

According to Ben Zhou, investors can choose the number of insured contracts, such as 25%, 50%, 75%, and 100%. After purchasing insurance, if an investor liquidates a position during price fluctuations, he can receive payment from the platform based on the number of insurance contracts.

Investors with experience in derivatives can find that it is a new way to simplify options.

According to Ben Zhou, their starting point is to simplify the complicated option gameplay and combine perpetual contract gameplay to better serve transaction users. In the future, they will further introduce some simplified options gameplay.

Many people think that exchange apps often have simpler functions and do not provide advanced strategies. Ben Zhou hopes that APP games can also be enriched, even advanced ones. The APP's advanced strategy ordering function is the product of this thinking. The first step of this product is to implement strategy reminders, and the second step is to automatically place orders.

"We think that using mobile APP trading will be the future trend." Ben Zhou expects that this product will be launched in 3-4 weeks.

Bybit also has some anti-sky features, and it is difficult to prevent details from being attracted.

On the day of the live broadcast, many contract players were amazed when they heard the above functions, and when they heard that Ben Zhou continued to introduce some of Bybit's dark technology-like features, the barrage between live broadcasts was going crazy, almost all of them were acclaim. Many people send barrage: this humanized design is simply not the style of the exchange!

Just like Ben Zhou said, although the currency circle is popular in terms of traffic and operation, they feel that the barrier to retaining the user's core is actually the product, and they pay great attention to the product itself. So let's take a look at their cool little features.

Ben Zhou said that in order to make traders' eyes more comfortable when focusing on the market, pay attention to the data that should be concerned and weaken the information that should not be concerned. They designed the interface to be a dark black, and he even thought that the interface should have a "breathing". What is the feeling of breathing?

Bybit's page can be dragged and adjusted, which is amazing, which means that traders can create contract interfaces that are only their trading habits.

In addition to the visual experience, Ben Zhou said that they also iterate on the front-end and the underlying architecture. He mentioned that the front-end micro-application architecture restructuring, the MVVM technology mining framework, and the back-end nuclear transaction engine were improved to a multi-threaded processing model … According to him, this can improve performance by 300% and keep the data push latency within 20 milliseconds. This may be the source of Bybit's silky smooth experience.

Along with the launch of the USDT perpetual contract this time, some of the small trading features updated by Bybit are a bit of black technology.

For example, a one-click rollover of long and short contract opening, that is, when a trader places a short order, he judges that the market may rise and hopes to cancel the short order into a long order. This process involves many steps on some exchanges, but Bybit sets a one-key reversal, and a single click will turn into an empty order.

This feature is very simple to say. On the webpage, traders can click on the K line to open or buy or sell according to the prompts. There is no need to switch to other interfaces, and the order is very fast.

At present, the daily volatility of the cryptocurrency market is very large. The forward USDT perpetual contract with two-way positions can be said to meet the needs of investors. However, some people have questioned whether it will cause a series of stampedes when the USDT thunders and trigger the industry Big earthquake?

Ben Zhou said: "USDT thunderstorms will be a trouble for the entire industry. We do not want it to be a thunderstorm. We hope that through consensus, even thunderstorms can take care of this. As derivatives exchanges, they need to consider the flow of products. And acceptance, even if USDT has various doubts, USDT is still the most stable coin product accepted by the market to this day. "

"The forward USDT perpetual contract will not replace the reverse contract product, but it provides traders with more choices and more ways to play. The role of our exchange is to present the product to users and provide various weapons. As for how you Taking this knife to cut meat is your business. Whether you can make money in this market depends on your choices. "

From 2019, it is clear that derivatives, especially futures trading, are becoming the mainstream of the market, and many people think that the shortage of liquidity and the high leverage of the people under the flood of derivatives have caused an epic 312 plunge.

However, Ben zhou did not agree that the core reason for the plunge was due to the global liquidity crisis and panic, and no asset can be hedged. He says.

" Any market that is maturing must be more and more financial derivatives, and asset pricing will therefore become true. In this round of bullishness, bulls were sold out, causing serial steps, which is a fact, but derivatives are more of a tool It depends on how people use it. "

In Ben zhou's view, risk control will be the eternal responsibility of the exchange. It needs to ensure security in various dimensions such as technology and derivative design.

For the future, Q3 and Q4 quarters, Ben Zhou said that they will upgrade contract insurance to simplify options, and traders can cooperate with different products and implement different strategies. The second product is an expiring contract, which allows users who do not want to bear the perpetual contract funds rate to perform better contract operations and strategy configurations. The third product is an ETF, which can greatly reduce the threshold for users to participate in derivatives, and can realize profit or hedging in bullish and bullish. –

Analysis: Risks and Opportunities for… 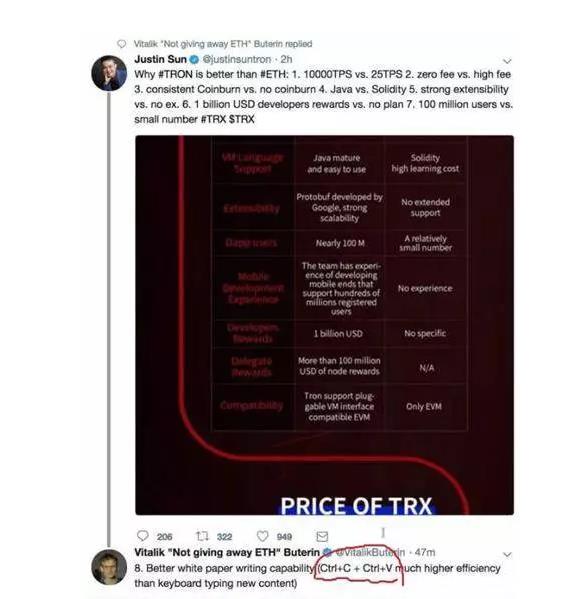