Remember that from the beginning of the year, the hottest topic in the circle is about to halve Bitcoin. Just as everyone was discussing hotly how much this halving of bitcoin could bring to the cryptocurrency market, bitcoin's naughty diving, stirred up the "tsunami" in the cryptocurrency field, and bitcoin was once again Pushed up the cusp. What does Bitcoin look like to different people?

Mr. Hao is a senior audit in the construction industry. His strong learning ability has enabled him to learn the blockchain in the traditional industry. When talking about Bitcoin, he said that he is not a Bitcoin investor. I first learned about Bitcoin through the Internet, but didn't care. Later, I saw a lot of information about the blockchain on the Internet, and I had a general understanding of Bitcoin and blockchain from the company's learning website and the column of "Finance Blockchain" from Run Finance.

Mr. Hao believes that Bitcoin is an application of blockchain technology and has a decentralized feature, so transaction holding is relatively free. But Bitcoin is only valuable in the "circle" that recognizes it, and will not be recognized by the central bank. Mr. Hao believes that this round of Bitcoin decline is in line with the law of investment. In China, Bitcoin will only be used as an investment tool similar to stocks. Like many investment tools, Bitcoin will have risks. Bitcoin investment will also follow the rules of other financial investment tools, with price fluctuations or large fluctuations. No need to be surprised, because this is the normal phenomenon of investment.

Mr. He is a young generation born in the 1990s who is desperate to switch to blockchain from the traditional, but has seen all the ruthless projects before changing to leeks. Although he is not an investor in Bitcoin, but understands Bitcoin through self-study, Mr. He believes that Bitcoin is not valuable. Even though the price is high, it is speculated by folks and fund companies. In his eyes, Bitcoin is a huge bubble. One day is bound to break.

At present, Bitcoin is more like a tool for money laundering and collecting money for some people and institutions. Mr. He believes that there are two reasons for the drop in Bitcoin. The first is the shortage of funds of some companies and consortia affected by the new crown epidemic, and they are eager to cash out. Second, affected by the international stock market and the crude oil market, the panic was severe, causing private speculative funds to leave the market quickly.

Mr. Yi is a typical “post-90s” entrepreneur who “treats me a thousand times, and I ’m like my first love”. Although young, Mr. Yi has a soft spot for Bitcoin. He used to be an investor in Bitcoin and had to give up his investment in Bitcoin for various reasons. But he firmly believes that Bitcoin is essentially the same as gold and can be used as an investment financial product. Any volatile financial product has its own value.

He said frankly: "My confidence in investing in Bitcoin is just as confident in the results of my own business." From this we can see that Mr. Yi is a firm believer and believer in the value of Bitcoin.

Mr. Tong is an entrepreneur who persists in the wind and rain. He has been in Beijing for 4 or 5 years. Although he is not a Bitcoin investor, he has invested in a small amount of other digital currencies because of curiosity. Since then, he has hardly paid attention to the price information of the currency. Game. However, Mr. Tong is full of anticipation for the blockchain technology and looks forward to the emergence of the application of the blockchain. In particular, he has great interest in the transparency of the blockchain and can effectively supervise the gray area.

Niuniu is a girl who has gone through the storm in the industry. What impressed me most was the smile she always hung on her face. Although she didn't talk much, she had her own opinion on Bitcoin. Niuniu is a bitcoin investor. She has experienced several ups and downs in bitcoin. A phrase she often hears is "People will never earn wealth beyond their own cognition. Even if they do, they will pay for their own cognition in the future." ". No matter what kind of public opinion Bitcoin is in, Niuniu always believes that the value of Bitcoin comes from consensus, which is simple and straightforward.

Niuniu believes that the Bitcoin diving originated from the global financial crisis. There is no finished egg under the nest, and the retreat does not represent death. Taking advantage of the situation, it is also a good opportunity to recharge. Words express confidence and expectations for Bitcoin.

Mr. Hua is a partner of the blockchain investment agency and is good at project analysis. Mr. Hua told me that he was a bitcoin investor a few days ago, because the liquidation of the previous few days is no longer the case. When asked about the reason, Mr. Shi Hua expressed his frustration with the Bitcoin investment environment. He was good at dissecting the appearance and looking at the essence of the investment bank. In his eyes, the value of Bitcoin is not as magical as the outside world. It only uses the bitcoin standard to provide peer-to-peer payment to global users on the blockchain. That's it.

He did not expect this drop, but Mr. Hua said that for whatever reason, the worst losses were caused by retail investors and speculators who excessively used leverage. However, they still felt that it was very easy to participate in the whole process with a small amount of funds. Precious experience, maybe in the future, we will thank this crisis.

Mr Mo is a blockchain media person who is good at observing and speaking out for justice. It was known early on that Mr Mo still read his articles, and his unique insights and writing style made worship readers want to explore this interesting soul.

Mr Mo is in the industry but has never been involved in cryptocurrency investment. He said that if he wanted to always look at the industry from the perspective of an observer, the success and failure of investment would affect his objective rational judgment. But he is still optimistic about the value of Bitcoin. In his opinion, the value of Bitcoin is not only reflected in market figures, the value is not equal to the price.

From the perspective of industry influence, it is precisely because of the high value of Bitcoin in the market that promotes the promotion of blockchain technology. In addition, from the perspective of the underlying technology development process, the Bitcoin system is a beginning, and everything starts here. It is because of the birth of Bitcoin that Ethereum and EOS have evolved and upgraded later. From the perspective of digital currency market, Bitcoin has always been the digital currency with the highest market value. A good market will have a certain positive effect on the accumulation of market confidence, and it will create a relatively comfortable environment for the development of blockchain technology.

For this Bitcoin decline, it seems inevitable to Mr. Mo. Whether the epidemic or the halving of the market brought excessive positive information to the market, the inevitable trend of economic development is always around the value of commodities. When the market price reflected by the goodness reaches a certain level, it may trigger a certain amount of selling, but we will still call Bitcoin a value currency.

I first learned that bitcoin was from a colleague's mouth. The most information she conveyed to me was the profit on the coin, but because the price fluctuated greatly, it was initially regarded as the same attribute as stocks.

Bitcoin started to rise at the beginning of the year, rising from $ 6,800 to more than $ 10,000. This year is also a half year of bitcoin. A good voice, everyone is discussing whether the bull market has opened, but on March 8th, Bitcoin The currency suddenly plunged to about 3,900 US dollars. This fluctuation range was very “stimulating”, and it was not available in the stock and futures markets. In other words, bitcoin could even give people the feasibility of becoming rich overnight.

But Bitcoin has also contributed on the blockchain technology level. First, the application in the financial field. The emergence of Bitcoin has provided a trusted universal currency to the world. Even though Bitcoin cannot be circulated as a universal currency, it has provided imagination for international universal currencies. Second, it provides imagination for the complete privatization of personal property. Independent of any external factors, he has full control over his personal wealth. Third, the emergence of Bitcoin has made blockchain technology present in a concrete form, which can be said to be a description of blockchain.

Bitcoin will return to the previous price even higher after this diving. There are two reasons. First, the bubble period of the blockchain has not yet passed. The blockchain is still an industry known to the niche. The rise of Bitcoin will drive people's understanding of the blockchain. Second, each stage of the financial market will have different financial products to stimulate and drive capital flows, which is also the demand for capital. The huge price fluctuations of Bitcoin will also attract more people to enter the cryptocurrency market. With the supply and demand relationship, Bitcoin will also pick up.

Bitcoin is uncontrollable, unlike stock funds, which are supported by tangible entities. Although the uncontrollable and invisible cryptocurrency such as Bitcoin is pushed to such a high price without logical support, there will be a bubble period in the development process of any industry before it will return to rationality. There will be as many bubbles as the value of the industry All are in the process of trial and error, and practice the truth from trial and error.

What is Bitcoin like in your eyes? Welcome to discuss with the editor.

The above interviewees are all pseudonyms. 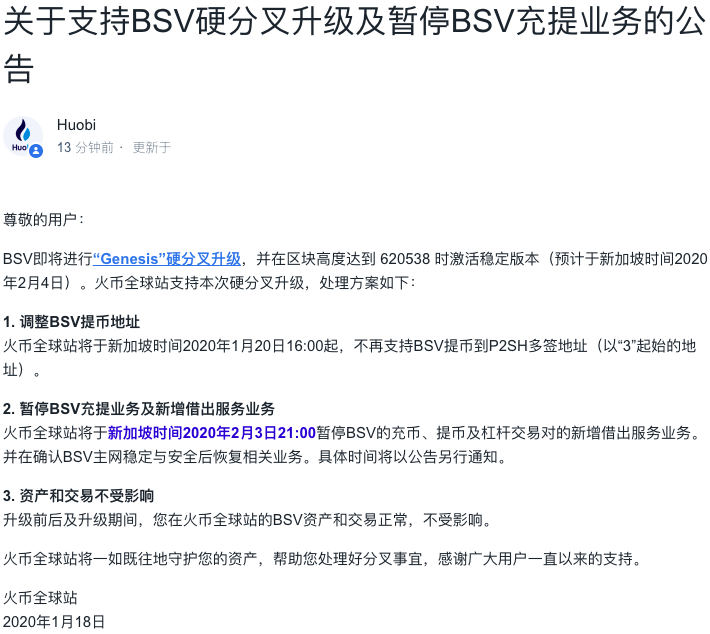 Ling listen to the micro-public bank blockchain open source observation: throw the code out, take the trust back