On the evening of March 25, Zhikuang University organized the "Interview with the Miners of the World". The event was broadcast live on the chain node and a live broadcast. Wu Continental, director and CEO of Bitmain was invited to participate. For the first time in a while.

Interestingly, this should be the first time he has publicly stated that his views on Bitcoin are relatively less fanatical.

The following text is from the live broadcast, organized by Babbitt.

Bitcoin has a culmination after all, and the increase will be more and more flat

Litecoin took the lead in completing the halving. Its trend was first up, then down, but not as high as before. This is a bad sign. In addition, as the market value of Bitcoin continues to expand, the volatility gradually decreases. The advantage is that the value of the currency is stable, but it will not rise as fast as before.

No matter how much Bitcoin rises, one day in the future, it will have a vertex. Before reaching its peak, its price curve will become flatter. Of course, after a few years, you will find that the price of the currency is slowly rising, but there are many twists and turns.

Based on this, I think that this time the bull market may not be as good as the halving, and there may be a time delay.

Standing at the end of 2019, we are going to predict the trend in 2020, and the biggest feeling is uncertainty.

At that time, we saw that the factors driving the price of Bitcoin were going to extremes, so the judgment at the time was that it might rise to heaven or fall to hell.

Bitmain has been preparing for two possibilities.

In 2020, we saw several meltdowns in the US stock market. It also shows that the driving factors in the economy are indeed extremely extreme. For example, the US Federal Reserve, under the tremendous pressure to let interest rates go to the stage of negative interest rates, the US dollar is the foundation of world currencies, it is going to move towards negative interest rates, a trend like never before seen.

This extremely accommodative monetary policy, although this phenomenon did not exist at the end of 2019, can actually see this kind of political pressure.

On the other hand, under many years of loose monetary policy, the global debt leverage is very high and at the limit. In this case, a trade war has also arisen, which will hinder production collaboration and increase efficiency. Brewing crisis.

When the coronavirus appears in early 2020 , I personally will be more optimistic about the whole year of 2020.

The virus can be extinguished. As we can see, it usually takes about 2 months from attention to extinguishment. After that, economic activity returned to normal.

However, during this period, major central banks released water and fiscal policy became part of the expansion of monetary policy. As a result, the discharged water is difficult to return to the cage. Then, the price performance of financial assets will be better.

Bitcoin has entered the slow cow and long cow stages, and the new generation of mining machines can survive for 3-4 years

Generally, a generation of mining machines can achieve intergenerational survival. Today, the technological progress of the mining machine and the evolution of Moore's Law have actually slowed down.

I think it should take about 18 months for the next generation of mining machines to appear. Then, if iterating for two consecutive generations, S19 PRO (Bitmain's latest mining machine) can dig for 36 months, which is about 3 years.

From this perspective, although the launch time of S19 PRO is not the starting point, considering that this time it will be Bitcoin Slow Bull and Long Bull, I think it can be mined for about 3-4 years.

BCH has a good future, so it ’s completely possible

I think the next step for the BCH community is to do a good job right now and put the functions of the technology roadmap into practice. In addition, the technical architecture should be kept simple, and the community should be unified.

At present, the necessary ecological elements are gathered in the ecology, stability is the most important, and the prospect is very good.

In addition, BCH is to do a good job of the basic module of electronic cash, so you can put things aside for a long time.

In a volatile world, Bitcoin is hardly a safe haven

My view of Bitcoin is relatively less fanatical.

Gold and bitcoin, I think it does have a risk-avoiding effect, but the world is really going to extremes, and very easy to use currency is likely to be gold. Bitcoin is easy to transfer. When the payment network built by the sovereign state collapses, Bitcoin also has the role of avoiding risks.

However, bitcoin and gold have been synchronized with the stock market recently. How to explain this? The world is experiencing a financial crisis. It does not mean that the world has collapsed. The financial crisis is a normal phenomenon in economic activities.

At this time, the so-called safe-haven assets are only a branch of financial assets, and they really play a role of safe-haven, and must be extreme situations such as war, famine, and the replacement of civilization.

But in that case, what can you exchange for gold and bitcoin? May not be exchanged for something that can be exchanged in the heyday of peace.

As long as the economy is bad, the value of all assets will collapse, but it depends on who has a bottom line. In a volatile world, I think Bitcoin is hardly a safe haven.

However, I think bitcoin and the financial market are a bit like the relationship between waves and surfboards. Sometimes they are facing each other, and sometimes they come along. How well the surfboards are rushing is to test your level.

Ethereum has problems, but its status is difficult to shake

Ethereum is the pioneer and innovator of smart contracts, but it has problems such as performance, and it has also fallen into a slow state in technical development. Moreover, developers focus on some less important issues, such as trying to eliminate POW every day.

Later blockchain innovators are actually doing better Ethereum. It is still difficult for these "Ethereums" to challenge the status of Ethereum. The first-mover advantage of Ethereum is still very strong. For example, Defi, I think Ethereum Fang's status is difficult to shake.

"I must come back to…

Wu Jihan turned to the…

Uncovering the next big game… 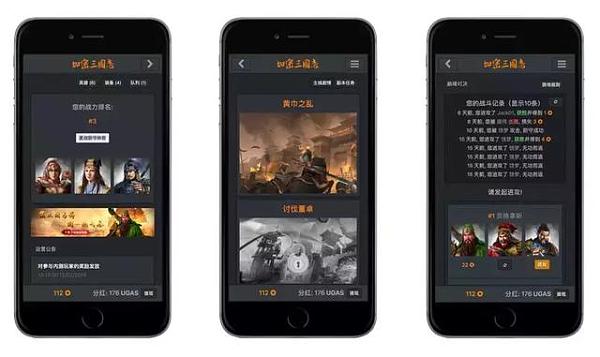