In 2019, the state-owned holding company Zhonghai Epoch undertook the pilot project of applying Haidian District in Beijing government service blockchain technology. In 2020, the government affairs system was upgraded to "Chain i Government Affairs Platform", which expanded the scenario from 2 to 150. It is reported that the bottom of "Chain i Government Affairs Platform" is based on Baidu Super Chain. This article is based on the content of the Baidu Superchain Cloud Launch Conference on March 25.

"Blockchain will eventually become the underlying technology that supports China's digital economy. The blockchain network is deployed at all levels of cities, breaking data silos, solving security and credibility issues in data sharing, and escorting the construction of smart cities. It will also become a new model of urban governance. At the same time, as the application model of the combination of blockchain and industry is verified, it will develop in a large scale in the judicial, medical, government, financial, copyright, and traceability scenarios. " At the Baidu Superchain Cloud Launch Conference, Xiao Wei, a distinguished scientist and general manager of blockchain at Baidu, said.

Zhonghai Epoch is a high-tech enterprise in which Zhongguancun Science City State-owned Assets Holdings, Baidu Unicom and other stock companies participate. It is also a smart city construction and operation service provider and a city-level digital asset operation service provider. At the press conference, Ma Yazhong, Vice President of Zhonghai Epoch, shared his thoughts on the construction of smart cities.

The construction process of a smart city has the following rules: first, the informatization is gradually extended from the government to its service objects, forming a one-stop service party that is "focused on enterprises and citizens"; the second is from the independent construction of various departments to the system. Multi-sector business synergistic development, in the current popular saying is "let the data run, the common people run at most once"; the third is from the perspective of urban supervision, the transformation to multi-governance, the government leads the industry participatory supervision.

"But in the process of extending the government service, we found a bottleneck, which is the issue of credibility. This is why it is necessary to use the blockchain to build a trusted smart city, and only then can it really land." Ma Yazhong said. To this end, Zhonghai Epoch has created a "chain i government affairs platform" to fill in the shortcomings of insufficient coordination and sharing of government data. Through the empowerment of the blockchain, the credibility, openness, and security of data are improved, and the business environment is improved.

In 2019, Zhonghai Epoch undertook the pilot of Haidian District in the application of blockchain technology in Beijing's government services. Based on the blockchain technology, it established "two platforms and one system" and "2 characteristic application scenarios". This is the "chain i government affairs communication platform". Predecessor. After the completion of the pilot, take the real estate registration of stock house transactions as an example: the service requirements have been reduced from the original 18 to 3; the window material verification time has been reduced from 15 minutes to 2 minutes; the second-hand house sale and electricity transfer can be processed simultaneously; half a year of real estate The transaction volume is 1560, and the maximum daily transaction volume exceeds 100. Supporting this is the 19 types of licenses and resources of the commissions and offices on the chain. This year, Haidian District's government service will be upgraded again. It is planned to implement 150 scenarios and two full-lifecycle applications, which will all be realized in October.

Blockchain empowers the "urban brain". When is it used? how to use?

Not only is the government affairs system, the CNOOC Epoch also empowers the blockchain in the "urban brain platform", which is used in scenarios such as urban management, urban transportation, public safety, and environmental protection. Why does smart city operation have anything to do with blockchain? This is determined by the actual situation of the implementation of "one network unified management": first, the problem of data security and data sharing, privacy protection and mutual trust of the perception network . For example, the cameras on the road are all built by the government public security. It is very important for urban public security management and involves security and privacy. What should I do if a leak occurs? The second is the issue of mutual trust in data sharing and data management for comprehensive urban governance . In the past, data exchange was distributed by the center. This involved the issue of data rights. If the data is wrong, who is responsible? Is it the provider or the clearinghouse? The third is the issue of transparency and traceability of multi-party co-governance in urban governance operations, such as receiving complaints immediately, city management, and garbage classification. In summary, mutual trust is the core. Only a blockchain can solve it. With a blockchain, a true urban brain can be formed.

Of course, blockchain is not a panacea. When to use blockchain, how to use blockchain, what issues need attention? Ma Yazhong shared his thoughts: 1. Does the government business need to serve the public or multi-agent participation? 2. Do business data originate from different entities, or do audit requirements exist? 3. Do the participants in the business have a consistent trust in data storage and access? 4. Do business process historical data need to be retained to prevent tampering? 5. Do you need to store confidential information? Meeting these requirements is the only way to apply blockchain.

In use, two issues need to be paid attention to at the same time. One is the trustworthiness and fidelity of the data on the chain. Therefore, it is necessary to set rules on the chain and implement governance coordination in the off-chain; the other is how does the blockchain play a role in improving efficiency? The key is to make serial processes parallel, as in the case of real estate registration just exemplified.

It is reported that Baidu XuperChain (super chain) was introduced at the bottom of the "Chain i Government Affairs Platform" created by Zhonghai Era. XuperChain is a blockchain solution of Baidu's independent intellectual property rights. At present, it is completely open source and has built a wealth of industry cases in many scenarios. Taking the contactless medical treatment in the epidemic situation as an example, the Chongqing electronic prescription circulation platform based on the super chain will record the doctor's diagnosis, prescription, medication information, and drug delivery information on the blockchain, so that you can leave home without leaving the home. see a doctor.

At the press conference, Xiao Wei first announced the full picture of the superchain product matrix. Baidu is committed to "making the world's hard-to-use blockchain", and has recently launched three products: the Superchain Professional Edition, the Superchain Open Network and Industry Solutions. From the perspective of positioning, it considers the needs of various subjects for different levels of blockchain technology:

1. Superchain Professional Edition is a standardized blockchain product, which includes three deployment forms: cloud version, proprietary version, and software and hardware integrated machine. The biggest highlight of the professional version is the "pluggable" feature. If a team has an absolute advantage in a certain technology, it does not need to create a blockchain from scratch. It only needs to combine its own technical features with other modules of XuperChain.

2. The superchain open network is characterized by "no need to establish a chain and can be connected to use". Through the flexible payment capabilities of computing and storage resources, it reduces user deployment and operation and maintenance costs. At the same time, it also provides easy-to-use one-stop management services for DApp developers. It is understood that since the Open Network went online, there have been nearly a thousand application developers. Among them, Zhejiang Zhengyuan Smart Technology Co., Ltd. launched the first smart campus DApp Easy Campus based on the Baidu Blockchain Open Network, with more than 28,000 service calls per day.

3. Industry solutions can realize API one-stop output, which effectively solves the industry pain points due to high barriers to blockchain technology development and application deployment. For example, users can directly use the trusted certificate business without needing to understand the blockchain. Beside the credible support of blockchain technology, it also lies in the fact that Baidu's deposit certificate chain docks with the judicial system to form a complete closed loop of electronic evidence to achieve full-link services of certificate deposit, monitoring, realization and rights maintenance.

From this we can see the difference between the big factory blockchain strategy and the start-up public chain project. Start-up public chain projects focus on the integrity and scalability of building blockchain technology, and use technology to solve performance bottlenecks; while Internet giants such as Baidu focus on the promotion and popularization of blockchain in the industrial end. The blockchain can be used directly. There is no difference between the two, and both have the responsibility to promote the development of the industry, and will eventually achieve the same goal. 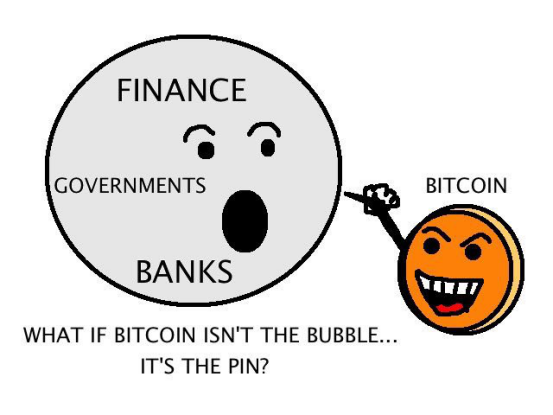