Since the price of Ethereum fell sharply on March 12th, MakerDAO's DAI supply has plummeted as the price of ETH plummeted, currently at 95,468,407 (March 25), which is 64% of the peak value of 148,369,256 before the crash. The result of the rapid decline in DAI supply is a 1: 1 peg decoupling between DAI and the US dollar. Since the plunge, DAI has maintained a premium, with a premium of US $ 1.1 at the highest, and the current market premium is around 1.03.

Maintaining the dollar peg of DAI is the number one goal of Maker's monetary policy. Therefore, in order to return to peg, the Maker community quickly adopted a radical monetary policy. On the 14th and 16th, the stability fee and DSR were lowered twice, the MCD stabilization fee was lowered from 8% to 0.5%, and the DSR was lowered from 8% to 0%. Moreover, the centralized USD stablecoin USDC was supplemented as collateral , But set a punitive stable fee rate of 20% and a mortgage rate of 125%. Maker hopes that this series of monetary policies can increase DAI supply, bring liquidity to the market, and return to peg.

However, the results of this series of monetary policy operations are not satisfactory. The ETH and BAT collaterals in MCD are still falling, and DAI Supply is still falling. The USDC, which originally thought it could provide a large amount of liquidity, only supplies 6,841,837 DAI, which only accounts for 34% of the USDC debt ceiling. Arbitrage is not positive.

In the current situation, if ETH plunges again in the near future, the DAI premium will soar to an unacceptable level, resulting in Vault openers being unable to purchase DAI from the market to return debt. In the current market environment, crypto assets are highly probable as the international capital market soars.

Here, we want to explore why Maker's monetary policy would fail, and if the existing monetary policy fails, what other measures can solve the liquidity crisis of DAI in the current market environment, increase the market supply of DAI, and Pull the DAI back to a 1: 1 peg and provide experience for other mortgage stablecoin projects.

But during periods of economic recession and deflation, monetary policy will fail. After the Asian financial crisis in 1997, China experienced deflation and the central bank adopted an expansionary monetary policy, but the price index did not improve and the economy did not recover. It was not until 2003 that China's economy emerged from cyclical deflation. Although expansionary monetary policy can reduce the cost of money creation, when the whole society remains pessimistic about future growth expectations, social investment will not increase, and under the currency mechanism of debt creation money, the amount of money creation will also decrease. In a crisis situation, there may even be situations when the central bank releases water and market liquidity disappears. This is what Keynes called a liquidity trap.

At present, DAI has seen the “rope effect” of monetary policy, and has fallen into a liquidity trap. Under Maker ’s existing monetary policy framework, monetary policy has been extended to near extremes, the stable rate is close to 0, and the DSR is already 0, but the DAI supply on the market is still not growing, and at the current DSR of 0, it is still About 23% of DAI remain in the DSR, which has caused the DAI premium in the secondary market to remain high.

In addition, during the deflation cycle, when the debtor expects the collateral price to continue to fall, he will be more inclined to return the debt in advance, retrieve the collateral, sell the collateral, and hold cash. With the epidemic gradually turning into an economic crisis and a financial crisis, the optimistic mood of halving the cryptocurrency market also reversed instantly. After the 3.12 crash, many digital currency investors believe that the ETH price will enter a highly volatile cycle and may continue to plummet at any time.

Under pessimistic expectations, Vault holders face double liquidity pressures. First, the price of ETH will fall. If ETH is the base, the asset-liability ratio will increase relative to DAI, so it is necessary to repay the loan in advance to get back ETH. Second, if the fiat currency is the basis, they will choose to redeem and sell the collateral, holding the fiat stable currency. Therefore, regardless of whether the holder of the vault is the currency standard or the fiat currency standard, redeeming collateral, closing the vault, and holding ETH or fiat stablecoins are rational choices under deflationary pressure.

Maker's emergency introduction of USDC as collateral was designed to provide additional liquidity during times of crisis, maintain the peg of DAI and the US dollar, and facilitate Keeper's participation in collateral auctions. The motivation for USDC holders to pledge USDC to create DAI comes from arbitrage.

However, under the current USDC monetary policy of Maker, with a 20% stabilization fee and a 125% mortgage rate threshold, the USDC arbitrage window is very small. Assume that the DAI premium in the current market is USD 1.03, and the deposit interest rate of USDC on Compound is 0.5%. The USDC arbitrageur must buy back the USD-denominated DAI in 56 days to make a profit, but the current Maker monetary policy fails and the external environment Under turbulent circumstances, who is confident that DAI will reach parity within 56 days?

If they cannot return to parity within 56 days, USDC arbitragers will face interest rate losses on USDC stabilization fees. In addition, under the premise of a 125% mortgage rate, the utilization rate of the USDC participating in arbitrage is only 80%, which lowers the overall rate of return on arbitrage.

Under such harsh arbitrage conditions, few arbitrageurs are willing to participate in USDC / DAI arbitrage unless it is for public benefit purposes. After all, just buy and sell, there are not many risk-free and friction-free arbitrage opportunities in the digital currency market, why should arbitrageurs risk arbitrage DAI? Without the participation of USDC arbitrageurs, in the case of monetary policy failure, the "natural" Vault mortgage generation DAI cannot create a large number of DAI for Maker and bring the DAI back to the parity of the US dollar, then the significance of the urgent introduction of USDC as a crisis Facility What is it

Maker is essentially a loan agreement without counterparties. At present, in addition to repaying Vault debts, there is no rigid need for DAI. The main use of Vault users to generate DAI is to increase leverage to make long digital currencies. However, compared with a year ago, there are now many more options available to lenders, such as Compound, dydx, lendf, and various CeFi loan services.

Even if only DeFi lending is considered, in addition to no counterparty risk, Maker does not have an advantage over other mainstream DeFi lending services in terms of loan variety diversity, mortgage rate threshold, and clearing friendliness. Lendf, for example, accepts a variety of collateral, including erc BTC, and can lend a variety of stablecoins. The mortgage rate threshold is also much lower than that of Maker. The clearing system also adopts a more friendly position-by-position settlement, rather than a full position. Liquidation, and liquidation penalties are lower than Maker. Even more unfortunately, the $ 0 auction of Maker collateral that occurred after the 3.12 plunge hurt a lot of Maker's hardcore fans. According to statistics, about one-third of Maker users suffered losses. Maker did not propose a compensation plan, making many Users hate Maker from anger, clear Vault, and switch to other DeFi loan services.

These competitors have stolen many DAI stocks and incremental users, which is one of the important reasons for the failure of Maker's monetary policy.

From the second half of last year to the mid-February boom cycle, Maker's DAI debt balance rose rapidly. In order to avoid over-inflation of debt, the Maker community has been conducting counter-cyclical monetary policy operations during this period, constantly increasing the stability fee and DSR of Maker, and controlling the total amount of DAI in the market.

Maybe Maker should perform procyclical operations during the boom period to keep low stable rates and DSR. Under the condition that Maker's overall balance sheet is healthy, the rope effect of monetary policy is used to expand the total amount of DAI to a new level in one fell swoop, creating sufficient liquidity reserves for future depression cycles. After this plunge, Maker's overall mortgage rate remains high, which means that Maker wasted a lot of monetary policy space during the boom cycle.

In addition, unlike the bank's partial reserve system, DAI is an excess mortgage system, and the currency multiplier is less than 1, which means that the effect of Maker's monetary policy was originally discounted, so it is more important to expand the monetary policy during the boom. Use your feet procyclically.

Since Maker has introduced USDC as an emergency collateral, it should make full use of USDC's liquidity tools. It can reduce the stable rate of USDC to 0, reduce the mortgage rate of USDC to 100%, and maintain the DAI debt ceiling of USDC. 20000000. This operation can create a risk-free arbitrage space for arbitrageurs under the premise of ensuring the decentralization of the DAI subject, and bring DAI back to the parity of the US dollar in the shortest time, making DAI a stable currency with a certain expansion flexibility, which can be tracked The market demand adjusts the supply, and by controlling the debt ceiling, it ensures that the DAI subject is decentralized and will not become a stablecoin endorsed by the fiat stablecoin.

Issuing "national debt" is the most feasible "fiscal policy" of Maker. The specific method is to first expand MKR to collateral, which can maintain a mortgage rate of 150%, but it needs to provide a stable rate of lower or even 0, and give reasonable The debt ceiling, then borrowed the MKR from the foundation to borrow DAI, and then put it on the market to sell arbitrage until the DAI returned to the parity of the US dollar. When the DAI is at par or negative premium, the Maker Foundation will use the "national debt" funds to buy back and destroy DAI, and redeem MKR, which is equivalent to the national debt repurchase operation. In addition, Maker's "national debt" policy can also play an expected management role, calming Vault holders' fear of DAI premiums, and putting liquidity into the market when liquidity disappears. The profits from arbitrage can be put into Maker's Surplus to destroy MKR and give back to the community. 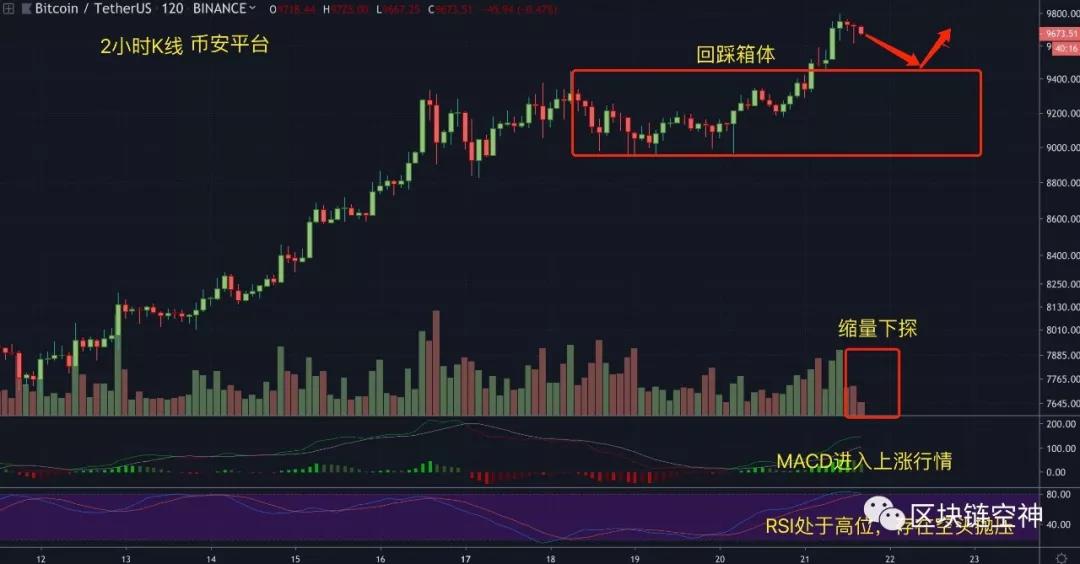 Libra head: Central bank digital currency is the key to innovative cross-border payments and solving the problem of unbanked accounts