Abstract: Today's market is shrinking upward, bitcoin is approaching the key pressure level above, and altcoin's performance is slightly stronger, but short-term uncertainty is greater. The outbreak of the U.S. epidemic was out of control, and there was no obvious inflection point in the newly diagnosed cases. Countries have stepped up economic rescue efforts, major economies have tried their best to respond to the crisis, and large-scale stimulus has begun to target the demand side.

At 10:30 today, the 8BTCCI broad market index was reported at 9257.31 points, with a 24-hour rise or fall of + 2.12%, reflecting a rebound in the broader market; total turnover was 832.33 billion yuan, a 24-hour change of -15.00%, and market activity continued to decline. The Bitcoin strength index was reported at 100.05 points, with a 24-hour rise or fall of -1.84%. The relative performance of the altcoin in the entire market has significantly strengthened ; the ChaiNext USDT OTC premium index was reported at 101.78. The 24-hour rise or fall was + 0.55%. The premium level has increased. Analyst's point of view: As of this morning, there have been confirmed cases of New Coronavirus in 199 countries and regions worldwide, with a total of more than 500,000 confirmed cases. Among them, the United States has more than 80,000 confirmed cases, becoming the country with the largest number of confirmed cases in the world, and there is no obvious inflection point in the number of newly added people. With the increasing difficulty of global epidemic prevention and control, countries began to increase entry and exit restrictions, and even some countries banned food exports due to panic. These measures will have a large negative impact on the global economy.
On the other hand, in order to face the new crown epidemic and the global economic recession, the G20 has reached a US $ 5 trillion economic stimulus plan. The American "Father of Wealth" is also about to be rescued, and the two trillion fiscal stimulus plan may be approved within two days, including a 500 billion US dollar corporate loan fund, 349 billion US dollars in small business assistance, 150 billion US dollars in state and local government subsidies $ 130 billion in hospital subsidies. Affected by the news, U.S. stocks rebounded sharply, but crude oil fell instead of rising, and capital markets were divided on the economic situation.
At the same time, in the case of policy effects such as interest rate cuts and quantitative easing that are not significant, the "central mothers" of various countries have brewed a final move, and a "helicopter" money-spending model has been opened. With the spread of the global epidemic, the economic activities of people in various countries will be greatly restricted. The stimulus to the supply side of investment alone can only cure the symptoms and not the root causes, because the epidemic is more a demand-side problem. Relatively speaking, sending cash to the public can have a better effect, but it also has great side effects, which will lay hidden dangers for debt and hyperinflation in various countries.
First, the spot BTC market

After two days of sideways trading, BTC has the intention to explore again today, but the volume can continue to shrink, and the market wait and see mood is still heavy. The pressure of $ 6,900 is more critical. If it can break up, the space above will open. However, the pressure above is still high. At this position, it should not be taken lightly.

At present, the ETH 2.0 upgrade has been postponed, from the planned first quarter of this year to July this year, mainly due to the need to improve the problems found. On the disk, the relative weakness of ETH has appeared: relative to the current trend of BTC being too much, ETH has shown a trend of convergence as a whole, and the recent weak linkage of BTC is the main trend.

BCH continued its upward movement today, with more capital flowing. It has been less than two weeks since the halving in April. If BTC is able to break through in the near future, it is expected that there will be a large increase in the positive, but if it cannot be broken through, it will be difficult to get out of the independent market. Continue to link BTC mainly for a short time, and observe the pressure situation above.

Today, the LTC linkage is testing the pressure, and there are differences in the flow of funds between long and short. The current upward energy capacity has not continued to increase, and the short-term uncertainty is large.

On the financial side, EOS has experienced a continuous net inflow of funds for 7 consecutive days, but the accompanying volume energy and amplitude have continued to shrink. The overall trend is similar to ETH, and a short-term brewing change is expected .

ETC is moving upwards today. The trend is similar to that of EOS. There are too many capital inflows, but it has also continued to flow in for many days. In a short time, it may be linked with BTC to test the pressure .

Affected by the financial environment, it is difficult for Bitcoin to get out of the bottom in a short period of time, and those with small positions intervene in batches .

The market has moved upwards, paying attention to the upward pressure and making camera decisions .

The Hedera Hashgraph project launched the main network, and some people called it to question that it was retrogressive.

Person in charge of the micro-blockchain: the centralized platform may be replaced by blockchain technology in the future

Babbitt Composite Index: Bitcoin shocks up, the altcoin currency has a larger increase 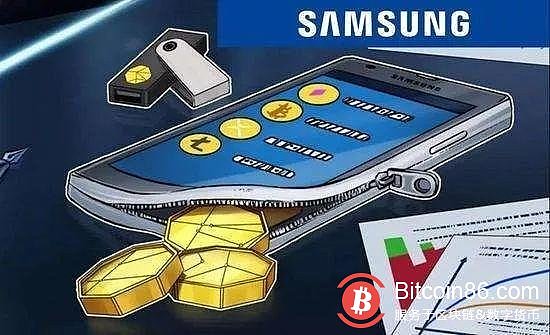