Moderator: Mr. Cheng, you are praised by the industry as the "Godfather of the New Third Board". He has unique insights and in-depth theoretical research on the New Third Board, OTC markets, technology and finance. It is also the initiator of chain reform, so in what scenarios do you think it is necessary to do chain reform and the introduction of blockchain technology? why?

The chain reform I mentioned is actually a transformation of the existing company system. Everyone knows that economics mainly studies how to improve the allocation of resources to achieve the best results. The business system replaced market transactions. What runs through it is economic thinking, that is, the effective integration of resources. In fact, the mention of chain reform today is mainly to reform the organizational structure of enterprises, allowing companies to use blockchain ideas and technologies to create isolated industries into industrial ecology, such as industrial alliances.

It is closer than the alliance formed according to the agreement, and more flexible than the corporate cooperation alliance formed by the holding relationship and the equity relationship. I think the role of blockchain is to allow equal subjects, including enterprises, to form a consensus of ideas, and the core of blockchain is the consensus mechanism.

Use blockchain technology to form consensus among equal companies, so that everyone forms a community of interests. Therefore, in theory, all enterprises need chain reform. Due to the development of society and the restrictions of historical, cultural and social systems, the era of single-handed enterprises has passed. Chinese enterprises must participate in international competition and occupy a place in the world. Alliances, but alliances cannot be organized by nations, as this does not comply with existing international rules. If Chinese companies can unite and participate in international competition without the government's presence, they can only use blockchain for chain reform. The most successful example is Japan's integrated trading companies. Japan's integrated trading companies appear to be independent legal persons on the surface, but in fact, they form a community of interests and all appear as alliances when participating in international competition.

We are now issuing so-called coins in ERC2.0, but in fact the coins issued on the market are all problematic. The first attribute of currency is taxation. The state collects coinage tax by issuing coins. The government collects taxes because it provides public goods. What we call a digital currency is actually a private currency. This is the right of the government to collect taxes, and currency is only a means of payment. So although the blockchain can theoretically be used to issue coins, this coin cannot be easily issued. What can be done? We can consider issuing a stock-like financial product to a limited extent. The STO proposed by Americans the year before is the stocks issued by private entities. We can use blockchain technology in this regard, which is also the future direction of the blockchain.

Moderator: Entering 2020, humans have experienced a series of crises, from the full outbreak of coronavirus, the collapse of crude oil prices to the meltdown of multinational stock indexes, the blood flow of global capital markets, and then the world may enter a downward channel of the economy or even Will the economic crisis have a devastating impact on the already weak blockchain industry?

Moderator: Recently, 13 provinces and cities, including Beijing and Hebei, announced the “Investment Plan for Major Projects in 2020” with a total investment of nearly RMB 34 trillion. The focus is on “new infrastructure” projects. Do you think this has a bearing on the domestic blockchain industry? In terms of how to catch up with this "air vent", you give some suggestions.

The so-called blockchain is to jointly maintain a database, which limits the leakage of data on the mechanism, and guarantees that the data already on the chain cannot be tampered with, thereby ensuring the authenticity of the initial data. If the data is fake in the beginning, then you will pay huge cost pressure, so the blockchain cuts off the possibility of data fraud from the source. In the construction process of the new infrastructure data flow, the blockchain is a crucial link. Without the blockchain, it is likely that the new infrastructure will become an image project, and all investment will be frustrated.

Based on the epidemic situation, we summarized the lessons and found that if there is blockchain intervention, the data may be very smooth from the local hospital to the national CDC health committee to the central government. It may be in the process of information transmission, including doctors from Xiehe and Tongji Data can become open and transparent. However, the data information in this outbreak is very lagging, so how to solve the obstacles encountered? First, the blockchain can be transmitted peer-to-peer. Second, you can prevent data from being tampered with during the transfer process. Therefore, the blockchain is an important foundation and support in the new infrastructure. If no blockchain is involved in the construction of the new infrastructure, the new infrastructure is likely to face failure. 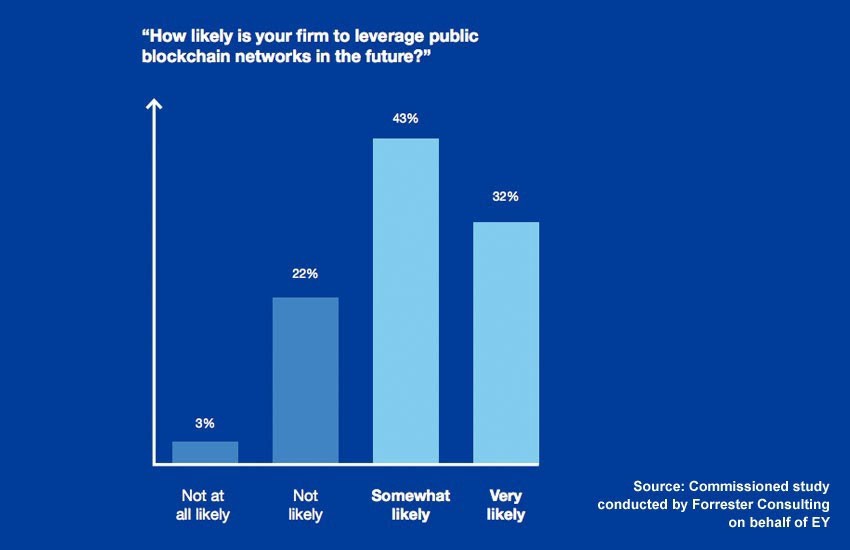 What can a blockchain do…

How does the enterprise blockchain…

Tsinghua University Chai Yueting: The emergence and application of technologies such as blockchain have made "trusted connections" possible

Empowering the value of the Internet age, IPSE will launch the world ’s first joint landing on BigONE