Since the Democratic Party of the United States recently mentioned the introduction of the digital wallet system maintained by the Federal Reserve Bank in the economic stimulus bill, the news was regarded as important by cryptocurrency supporters. With the short-term rise in bitcoin prices driven by good news, people have also begun to use their imagination on the topic of "digital dollars." 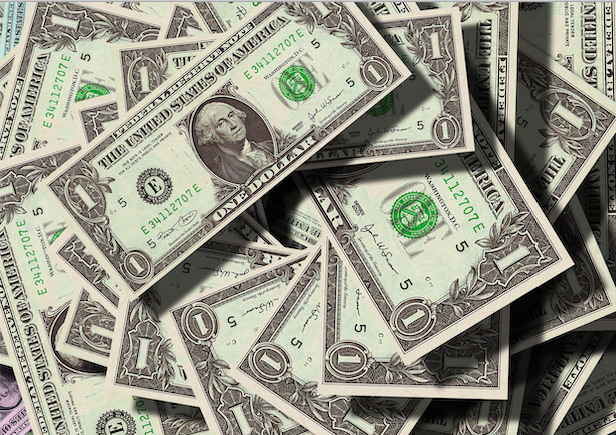 Does the proposal of "digital dollars" mean that the United States is ready to join the battlefield of the digitization of sovereign currencies?

How will the "digital dollar" compete with China's DCEP? What will happen to the end?

This article may give you some answers.

Is the "digital dollar" wolf here?

Although the economic stimulus bill previously proposed by the Democratic Party did mention the use of the digital wallet system maintained by the Federal Reserve to provide emergency funds to businesses and individuals. But in the latest outbreak of economic stimulus bill released this week, the content about accelerating the provision of emergency funds to businesses and individuals through "digital dollars" has been deleted.

The new version of the bill stipulates that US residents will receive $ 1,500 each, and individuals with higher net incomes will need to repay the funds in the future. However, in the section describing the method of payment, it did not elaborate on how to make the payment to individuals.

Monetary economist and Bitcoin analyst John Paul Koning commented on the "digital dollar" proposal as "ridiculous". He said that using the health crisis of the New Crown epidemic, a payment system was proposed, but this system may take years Time can build up, and the epidemic has long since passed.

Quantum economics founder Mati Greenspan also said that the original bill added many things not related to mitigation. These may be streamlined before the bill is passed.

However, this does not prevent us from continuing to discuss what kind of competition between "digital dollars" and "digital yuan" may occur in the future.

From the point of view of purpose and use, "digital USD" is similar to the Central Bank Digital Currency (CBDC) and the legal digital currency (DCEP) not yet issued by the People's Bank of China, which is essentially the same thing.

Due to issues of governance and official attitudes, the United States has always maintained a cautious and restrained attitude towards digital currencies. As for China, although there has been no slackening in digital currency transactions, it has been “rushing forward” on the project of legal digital currency.

According to Sina Finance reports, in January this year, the 2020 People's Bank of China working conference was held in Beijing. The deputy governor of the central bank stated that the central bank's digital currency DC / EP was basically completed on the premise of insisting on double-layer investment, M0 substitution, and controlled anonymity. Top-level design, standard formulation, function research and development, joint debugging and testing. The next step will be to follow the principles of stability, security, and controllability, reasonably select pilot verification areas, scenarios, and service scopes, continue to optimize DC / EP functions, and steadily promote the introduction and application of digital forms of fiat currencies.

As far as the current situation is concerned, it is very likely that DCEP will be launched before the "digital dollar", taking the lead.

It is worth mentioning that at the same time as "digital dollars" related content was removed from the US Democratic Party's proposal. Since March, more than 10 provinces and cities have introduced incentive policies such as consumer coupons. Behind many consumer coupon policies are technical support and application channels provided by various payment institutions, including blockchain. . Among them are national prefix agencies such as China UnionPay, and Internet giants such as Tencent and Ali. The implementation of the consumer coupon policy supported by blockchain technology may provide some reference value for the launch of DCEP.

From March 9th to 18th, the U.S. stock market broke four times within 10 days. On March 18, the Dow Jones Index fell below 20,000 points, erasing the rise since the inauguration of US President Trump. In order to ease the current economic situation and alleviate the pressure on the US economy to face the "Great Depression" again. Finally, the Fed began to quickly adopt stimulus measures, and policies such as "zero interest rate" and "unlimited QE" were successively introduced.

However, the Fed's series of stimulus measures are still essentially using the privileges of the western centralized "money printing machine" to exchange virtual numbers for real assets of other countries, and have not provided any real economic benefits such as infrastructure and manufacturing. Vibration or stimulation. This practice of paying the world bill by printing money in the United States has once again exposed the injustice and irrationality of the current international economic order to all countries in the world.

Looking back on the development history of digital currencies, the economic crisis in 2008 was the trigger that led to the birth of Bitcoin. When the wheels of history reach similar intersections again, people on board may consider choosing a new road. But "digital dollars" have given up their first chance. Former Commodity Futures Trading Commission Chairman Christopher Giancarlo and economist Judy Shelton have both said that if the United States does not develop its own digital currency, it could lose its financial hegemony.

At the same time, in the global public health event of the new crown pneumonia epidemic, compared with the sluggishness and self-care of Western countries, China has demonstrated its ability to respond to major events through timely and effective response measures. As the epidemic is spreading globally, China's active actions to provide assistance to other countries, especially the countries along the “Belt and Road”, also reflects China's sense of responsibility in the international community. In contrast, China's international image has been further improved, and at the same time it has helped other countries and regions to build confidence in the future Chinese market.

In addition to mobile payment and smartphone penetration rates, which provide a good environment for DCEP to land in China, DCEP can combine its international scenarios to build its broadest prospects as a “digital RMB”. This undoubtedly poses a new threat to the existing "US dollar hegemony."

According to Deutsche Bank data, China ’s “Belt and Road” initiative covers 65% of the world ’s population, while the GDP of the countries along the route accounts for half of the world ’s GDP, and covers 75% of known energy reserves and all cross-border goods And a quarter of trade in services.

After DCEP has achieved stable operations in China, if the international issuance of “digital RMB” and mobile wallets is conducted directly in the countries along the “Belt and Road”, this may affect at least local areas and affect the existing international financial infrastructure, and even Is to replace the "Belt and Road" settlement methods between countries.

In addition, during the international issuance of "digital RMB", there are also opportunities for people who do not have a bank account, and others to provide means to pay online purchase fees and establish savings. In the process, online technologies such as China's mobile payments will also be promoted, helping to create a global common market.

In the current international financial environment, the RMB may not be the highest-quality sovereign currency. However, as the world ’s second largest economy, China is still the largest creditor country in the United States, and the renminbi has already had a certain degree of credit and value consensus around the world.

Therefore, when the world is suffering from "dollar hegemony" for a long time and is facing new development opportunities brought by China, it is easy to make a choice. This is both a historical opportunity and a historical mission of DCEP.

The birth of Bitcoin is a specific manifestation of cryptopunk's resistance to centralized hegemony, but as far as the current social governance system worldwide, a completely decentralized organization or institution can only be supported by faith, it may be difficult to promote less developed countries and regions. Achieve rapid development. Therefore, after centralized hegemony, "digital RMB" may play a new role of "centralized authority".

To be sure, in the “Belt and Road” initiative and even other application scenarios, “digital RMB” is more used as a tool to help simplify the settlement process and improve work efficiency. The renminbi itself does not possess the characteristics of hegemony, which also determines that the “digital renminbi” will not be over-issued like the USD stable token. “Digital renminbi” as a competitive tool, in addition to providing instrumental functions such as fast settlement In addition, it is difficult to achieve a direct replacement for "US dollar hegemony."

From a development perspective, the “digital RMB” is a more powerful threat to the existing “US dollar hegemony”, which in turn creates a new world financial landscape. This will further stimulate global financial resources and flow in a direction that can better drive the development of the real economy and social progress.

People's Daily Overseas Edition: The online invoice of blockchain is no less than a reform of tax collection and management

Yin Qingshuang: Southwestern Finance University has been at the forefront of the country in terms of blockchain supply chain finance and blockchain copyright deposits.