In the past week, the US stock market has ushered in a sharp rebound, and the crypto market, which has been criticized for its large price fluctuations, is gradually coming out of its own independent market.

There are more and more things that Warren Buffett has not seen.

The new crown epidemic is developing into the world's largest health event in a century, and the United States has more confirmed diagnoses than China and is becoming the center of the global epidemic.

The number of people claiming unemployment benefits in the United States until the beginning of March 21 reached 3.28 million, five times the record high, which is equivalent to 2% of the United States' employed population.

G20 leaders also issued a joint statement saying that they are injecting $ 5 trillion into the global economy to offset the social, economic and financial impact of the epidemic.

In the crypto market, the volatility of the past week does not seem to be that great.

The price fluctuation of Bitcoin, the largest cryptocurrency by market capitalization, has always been less than 7%, fluctuating between $ 5,900 and $ 6,800.

The US Commodity Futures Trading Commission (CFTC) this week issued clear rules regarding physical digital asset delivery for trading market products. The CFTC stipulates a 28-day physical delivery period, allowing buyers to use their purchased digital assets after this period. The CFTC also stipulates that the seller and coordinator do not retain any ownership.

The U.S. Department of Justice said Venezuelan President Maduro used cryptocurrencies for illegal drug-related transactions, and his allegations against Maduro and 14 other Venezuelan officials were mainly to stop a billion-dollar cocaine smuggling gang.

Although U.S. courts have ordered Telegram to ban the release of the TON blockchain, the TON Community Foundation said it is discussing the possibility of launching TON without Telegram's participation. Fedor Skuratov, founder of the TON Community Foundation, said that all the code needed to launch TON already exists, and the community only needs to generate a genesis block and provide at least 13 "validators" to run the network.

TON Labs spokesman Fedor Skuratov said that the TON community is ready to launch the TON network, and no one can stop any other entity, individual or community from launching TON because TON is a decentralized, open source solution. TON Labs believes that by forking TON's mainnet, they can bypass the SEC and US courts.

Vancouver-based listed mining company HIVE Blockchain Technologies issued a notice this week stating that its legal representative has issued an ease-and-desist to the new chain Hive.io that Steem forks.

The plaintiffs, who claim to be the creators of Bitcoin creator Satoshi Nakamoto's Craig Wright and Dave Kleiman, are seeking to extend the case by two weeks. The plaintiff stated that because the law firm was temporarily closed, it requested an extension of two weeks to complete the testimony of three witnesses. The plaintiff requested that the date of the next hearing be postponed from March 27 to April 10, and the deadline for the discovery of the facts was postponed from April 17 to May 1.

According to an investigation by CoinDesk Korea, the main offender in South Korea's "House N" case mainly traded through XMR to cover his tracks. Although cryptocurrencies are considered a property in South Korea, their crypto assets are confiscated once the holder is convicted. But the premise is that the authority must find a wallet and private key to store digital assets. Unlike other cryptocurrencies, it is almost impossible for a third party to track XMR payments.

At this week's Q2 product launch conference, Bybit, the main cryptocurrency derivatives exchange, announced the launch of three major products under USDT perpetual contracts, contract insurance and APP strategies. Bybit Exchange also released a product plan for the second half of the year, which will introduce simplified options, expiring contracts and ETF products.

The Coinbase wallet has been integrated with a Decentralized Finance (DeFi) application to allow users to lend crypto assets, and users can also track interest status directly on the wallet. This feature will be available to iOS users this week and Android users in the coming weeks.

This week HashCash announced the forthcoming launch of the "Corona Fund Index Cryptocurrency" (CFIX), which promises traders the opportunity to "make a profit in a bear market triggered by the Corona crisis." CFIX has a negative correlation with the S & P 500 Index and will be paired with USDT. It is scheduled to be released on April 2.

Bitwise also plans to launch the Bitwise 10 Index Fund on the OTCQX platform. According to Coindesk, OTCQX is an alternative trading system regulated by the US Securities and Exchange Commission (SEC). Similar to the Grayscale digital large-cap fund, the Bitwise 10 Index Fund is also a diversified fund, including cryptocurrencies such as BTC, ETH, XRP, BCH, LTC, EOS, XTZ, XLM, ADA, and ETC.

Fincom credit card company Brex, backed by Y Combinator, has acquired three startups, including distributed ledger technology software company Neji. Neji was founded in 2017 with the goal of simplifying the use of DLT in multiple cloud deployments with network security and network efficiency products.

Boston blockchain data company Coin Metrics has completed a $ 6 million Series A funding round. The round was led by Highland Capital Partners, with participation from Coinbase, Fidelity and Castle Island Ventures.

Affected by the new crown epidemic, Square has reduced its first-quarter revenue by an estimated $ 800 million. According to the company ’s announcement this week, although the situation in early March was basically in line with the company ’s expectations, in the past 10 days, the seller ’s GPV (total processing volume) decreased by about 25% year-on-year, and the decline in recent days Bigger. Square adjusted its total net income for the first quarter from an estimated $ 1.3-13.44 billion to $ 515-525 million.

The largest commercial bank in Thailand, SCB, publicly stated during the DeFi Bangkok blockchain event that it is designing a Thai Baht stablecoin STB. According to Blockspaper, the stablecoin will be based on the Ethereum network's 1: 1 anchor baht.

Cante's forthcoming board election nominee Dante Federighi proposes that CME mine bitcoin and other cryptocurrencies to generate income for shareholders. Federighi is co-founder of Fortezza Forza RMC Fund LLC, an investment management company focused on short-term interest rates and energy products such as crude oil. Federighi has been nominated as a CME B-2 director along with three others. In the next board elections in May, CME will elect two B-2 nominees.

Due to the recent drop in bitcoin prices, California-based crypto mining company Digital Farms has announced a suspension of operations. Its parent company DPW said that the current market situation and the new crown epidemic will continue to have an impact on the company's operations and financial performance, and Digital Farms' crypto mining business will be suspended indefinitely.

The Maker Foundation posted an official blog saying that the Interim Governance Coordinator has voted into the voting system, which will enable the community to approve the following changes to the agreement: 1. Reduce the USDC stabilization fee from 20% to 16%; 2. Reduce Dai's ETH debt ceiling by 10 to 90 million Dai. Execution voting (FAQ) will continue until the number of votes exceeds the number of votes passed in the last execution vote. 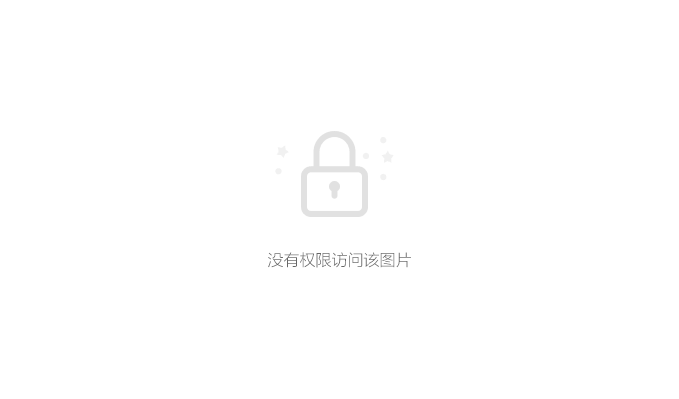 The blockchain that is of great concern to the live broadcast is being broadcasted. You must know these knowledge points.