According to CB Insights ' 2020 Blockchain Report , in 2019, unregulated ICOs were replaced by crypto-backed DeFi products.

According to the report, since January 2019, the assets locked by decentralized financial (DeFi) platforms have increased by more than 200% to a peak in February 2020, from less than 300 million US dollars to more than 1.2 billion US dollars. At the same time, the report shows that the amount of ICO financing in 2019 decreased by 95% compared to 2018, and the total financing amount plummeted from more than $ 7.8 billion to $ 371 million. 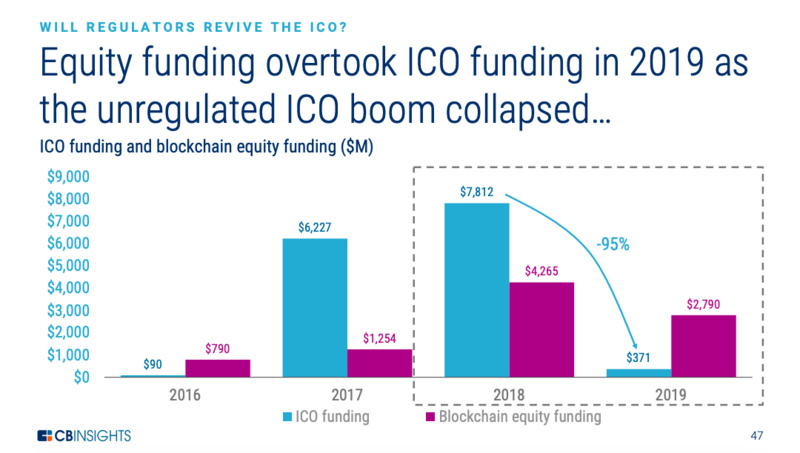 Although DeFi is still a highly experimental and unstable area, some companies have taken serious steps to protect users-all of which are a sign that a mature industry is starting to take itself seriously.

Crypto tax services are also starting to get their attention at the end of 2019-all these signs suggest that DeFi is expected to continue its record. According to the report, ZenLedger, Taxbit and Verady's Ledgible platforms have raised at least $ 8.4 million in funding at an early stage.

The report also states that since 2015, U.S. and Chinese companies have dominated the financing of blockchain projects, accounting for nearly 70% of all financing in the past years (2015-2019). 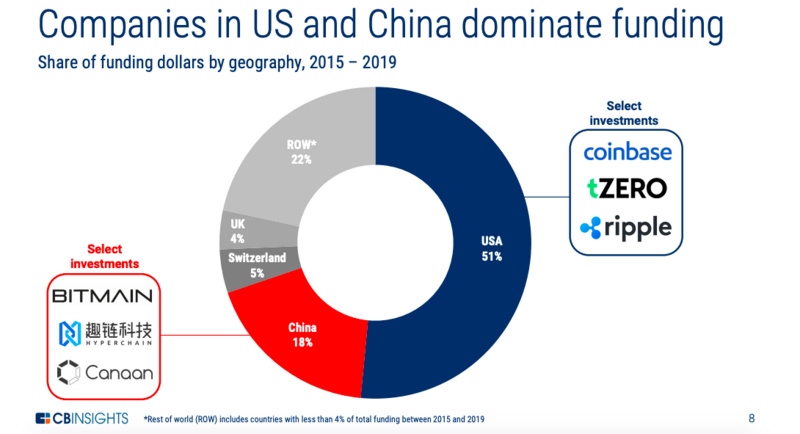 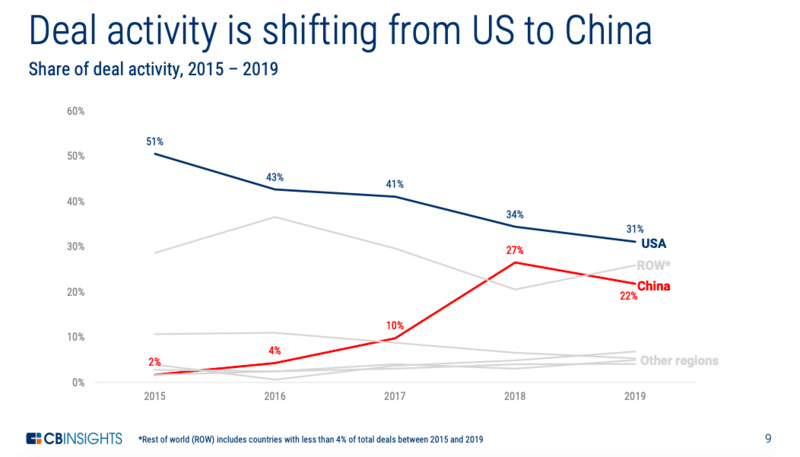 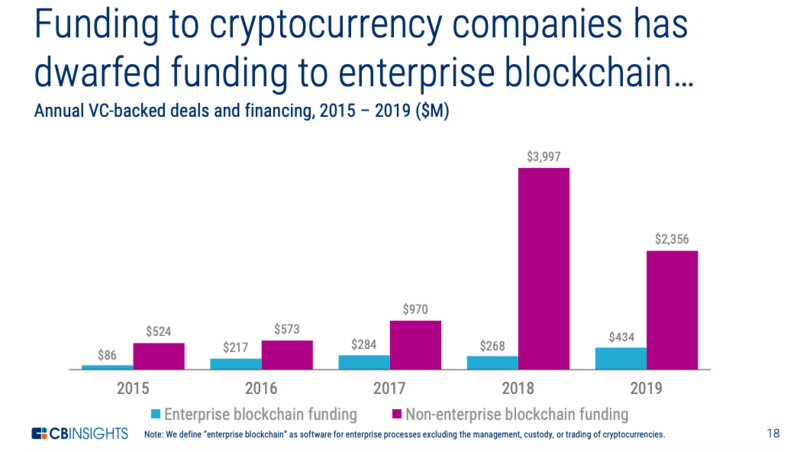 Government progress in the field of blockchain

Globally, CB Insights reports that central banks are increasingly interested in developing their own digital currencies. China is in a leading position and is expected to launch its digital currency in 2020, while France, Turkey and the Bahamas have or will soon launch their own pilot projects.

The R & D of central bank digital currencies in other countries is at different stages. Compared with China, the main competitor, the United States is not as eager.

At a December 2019 meeting of the U.S. House of Representatives Committee, Treasury Secretary Steven Mnuchin said:

"… (Fed) Chairman Powell and I have discussed this in detail-we all agree that in the near future, in the next five years, we don't think the Fed will need to issue digital currencies."

But economists and others believe that if they want to ensure that the dollar remains the world's reserve currency, the United States must accelerate its pace.

Is the ICO gone forever?

ICOs may be outdated, with less than 5% of financing in 2018, but will they really disappear forever?

CB Insights has found hope that France and Thailand ’s small fundraising activities under new government regulations and the latest progress in the legal framework being developed by the United States have indicated that governments have recently been open to regulated ICOs.

The report states that this development may be driven by the continued development of blockchain monitoring services, such as Chainalysis, Elliptic, and CipherTrace, which raised more than $ 68 million in 2019.