Abstract: Today the broader market has rebounded, and the overall trend is still converging. Saudi Arabia did not buy OPEC and the US account, crude oil fell below $ 20 intraday. The chain crisis under the oil price war is likely to affect the global capital markets.

At 10:30 today, the 8BTCCI broad market index was quoted at 9165.36 points, with a 24-hour rise or fall of + 6.56%, reflecting the broader market rebound. The Bitcoin strength index was reported at 99.46 points, with a 24-hour rise and fall of + 3.46%, and the relative performance of Bitcoin in the entire market has clearly strengthened . The ChaiNext USDT OTC Premium Index was reported at 101.91, and the 24-hour rise or fall was -1.10%. The level of external premium has dropped significantly .

Since the collapse of Saudi Arabia and Russia at the OPEC + meeting on March 6, oil prices have plummeted from nearly $ 50 and have now reached about $ 20. However, for the proposed emergency OPEC meeting, Saudi Arabia has no intention to stop the oil price war, and even the threat signals from its former ally the United States remain unchanged. Last night, WTI crude oil prices fell below $ 20 in the intraday, approaching a ten-year low. Despite a sharp rebound today, the outlook is still not optimistic.

When it came to oil, when Saudi Arabia and Russia strangled, the United States was also injured. Since Trump took office in 2016, the United States has actively promoted the production of shale oil, which has continued to increase shale oil production, surpassing Saudi Arabia in 2018, and becoming the world's largest oil producer. However, oil prices have hovered around $ 50 in the past five years, and many shale oil companies have maintained debt by continuously raising debt.

Today, with the continued downturn in international oil prices, even the low cost of the Permian Basin cannot sustain the drilling expenses of shale oil companies. For many shale oil production companies in the United States, this is no less than a disaster, and the imminent expiration of a large number of US corporate debts may cause a chain crisis.

Oil is the "blood of industry" and the most important fuel and raw material for modern industry. The lower oil price will promote the development of downstream demand enterprises (or the economy) to a certain extent, but the extreme decline in oil prices will lay a hidden danger for future economic development. Extremely low crude oil prices will hit the oil industry, and many crude oil companies will be forced to withdraw or die, laying a hidden danger for the surge in crude oil prices in the future.

For Bitcoin, the flood has not ushered in a flood, mainly because the crisis in the capital market has not been completely resolved, and it may be affected in the near future.

Yesterday, BTC lowered $ 5,800, then rebounded upward, but did not stand firm at $ 6,500. At present, the volume can shrink further, and the market's wait-and-see mood remains undiminished. Recently it has shown overall convergence. For a short period of time, the long and short distance battle continues, waiting for the direction selection after the exhaustion.

The weak link between ETH and BTC has made the recent convergence trend more obvious. Yesterday's lowest price reached 123 US dollars, today did not stand firm at 135 US dollars, mainly weak linkage BTC.

BCH is halving in April, and the overall trend is stronger than ETH. If the market changes, and can be linked with BTC to break up, there will be a large increase in the positive. But today's performance is not stronger than BTC, and the divergence of net inflows between long and short has increased, waiting for BTC to choose a direction.

LTC's capital flow today is divergent between long and short. The recent convergence trend is similar to that of ETH. Volume energy and amplitude continue to shrink, and the possibility of short-term changes is increasing.

EOS continues to follow the trend of ETH, with the amount of energy and amplitude shrinking, and short-term uncertainty increasing .

Both BTC and BTC have continued to have a net inflow of funds for many days. Today ETC market funds are consistently bullish, with short-term linkage BTC as the mainstay .

Affected by the financial environment, it is difficult for the market to get out of the bottom in a short period of time, and those with small positions intervene in batches .

Continue to converge, wait and see . 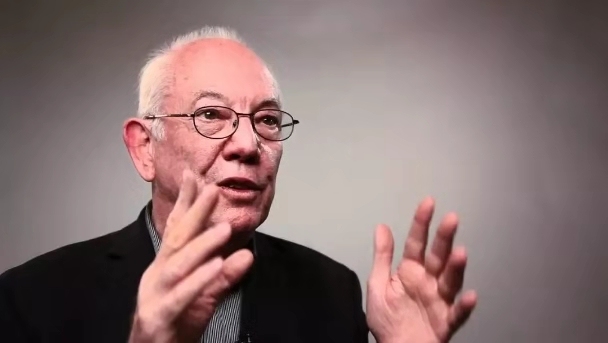 David Marcus, CEO of Calibra: Don't think that the company that exited Libra is wrong, there will be more members to join