The power of consensus is very powerful. The Wanli year in the history of our country was a period when the Ming Dynasty turned from prosperity to decline. At that time, there was a deep contradiction between the emperor Wanli and the civil service group. From the perspective of those civil officials, Wanli had to abandon its emotions and support the traditional consensus. For example, in the matter of standing the reserve, the Emperor Wanli could not make his beloved Zheng Guifei's son a prince, which was derived from the consensus of the entire civil service group on the traditional growth of young people, and they were surprisingly consistent. This consensus was so strong that even the Ninth Five-Year Lord could not compete with it, and Li Chu could not do as he wished, which eventually led the Emperor Wanli to turn a blind eye to the affairs of the court and passively go to work.

Coincidentally, Emperor Zhengde, Wanli's uncle, likes to travel around and be unrestrained. In order to get rid of the etiquette and obligations to be an emperor, as well as overwhelming criticism from civil servants, he takes an unreasonable and unrequited approach. Zhengde moved out of the Forbidden City less than two years after entering the throne, and lived in a suburban house called Leopard House. He was mixed with eunuchs advocating excellent warlocks, and occasionally went to the court to discuss matters with civilian officials. He also abandoned the civil servant many times in order to marry him, not only confessing himself to be a mighty general, but also to be a master, making the Emperor Daming his largest civilian official. During Zhengde's reign, two princes had rebelled against each other on the grounds that they were Zhengde without morality, violated the ancestral law, and were not worthy of emperor, but failed in the end due to the lack of people. Zhengde lived for a relatively short period of time. He fell into the water during a fishing trip. Although he was rescued, he returned to the Forbidden City before long. If Zhengde stays a bit longer, it remains to be seen whether his throne will be preserved. When the emperor Wanli reigned, he also read the records of his uncles, and knew that as long as the Ming Dynasty civil servants reached an agreement, they could form a powerful force. 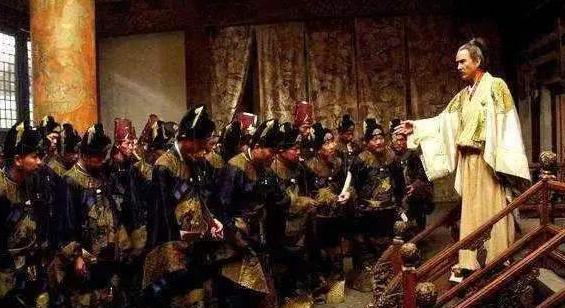 During the Taiping Heavenly Kingdom, Hong Xiuquan claimed to be the son of God and successfully persuaded the people to follow him against the Qing dynasty. During World War II, Hitler preached the pedigree of German nationality, demonized the Jews, made most Germans agree with his views, and later killed the Jews. Made the groundwork for public opinion.

Consensus also affects culture. In the Tang Dynasty, fat was the beauty, and in the Song Dynasty, thinness was the beauty. A man was more masculine and justice more than a decade ago. Now some people think that men are more beautiful.

From the microcosmic perspective, the cells also have consensus. For example, the new crown virus, because the immune system did not recognize them before, so once the new crown virus is found, it will be bombarded. As a result, even the good cells will be implicated, and eventually the body will become inflammatory and sick. Vaccination is to let our immune system know the virus in advance, and then we can carry out targeted attacks in the future.

Consensus is based on trust. The civilian officials of the Ming Dynasty were iron-clad, precisely because they lived in a public opinion environment of "all things are high, but only read high." They read four books and learned Zhu Xi. They have the same philosophy and firmly believe in an educated gentleman. We must strive for self-improvement, we must have principles, we must firmly believe in what we have learned in our lives, and we cannot give up negatively when encountering things, so they must not see people and things that are weak. As a result, trust was created between the civilians and consensus was reached.

As early as millions of years ago, there was no difference between ancient humans and animals such as chimpanzees and elephants at that time. They have been in the middle layer of the food chain for a long time. In addition to instinctively collecting food to survive, they must also guard against predators' sneak attacks and Sudden natural disasters, in the face of these difficulties, human beings basically have no strength to fight back. But about 70,000 to 30,000 years ago, without significant changes in human genes and the surrounding environment, human development suddenly entered the fast lane and instantly jumped to the top of the food chain. Historians have discovered that a new way of thinking and communication has emerged in humans. This method is imagination, and imagination together, that is, we make up fictional things together. Popular speaking is storytelling, so that everyone believes in imagination. Even if it doesn't actually exist, this is what historians call a cognitive revolution. In this way, people have an inexplicable trust and reached a consensus. Since then, they have united on a large scale and large scale, even if they do not know each other, and this way of thinking is a capability that other animals do not have. The gold ornament of the sun god bird unearthed in Chengdu reflects the consensus of the ancient Shu ancestors, who regarded the sun as the source of life, and the flying god bird flew around the sun, thus imagining "the god bird orbiting the sun" This strange and simple view of the universe and world.

(The picture of the sun god bird comes from the Internet)

From ancient times to today, the evolution of history has been promoted with everyone's agreement. Sometimes we rely on blood relationships, teacher-student relationships, and alumni relationships to build mutual trust and reach consensus, and sometimes rely on the so-called sight to build trust, such as buying and selling goods in a flea market, buyers and sellers do not know, but because of the physical existence and the two parties There is no objection to the price, and there is a basis for mutual trust, so both parties can reach a deal. These consensuses are small in scale and cannot form a scale. So how can we reach consensus on a large scale? In the process of human development, trust has gradually been created to rely on centralized methods, such as countries, banks, and large companies, which can be used as credit endorsements, which has led to large-scale political, military, financial, legal, and commercial activities. It can be seen that traditional large-scale trust is based on centralization. Although centralization has its inherent disadvantages, people have not found a good way to achieve large-scale consensus in the absence of centralization.

The advent of the blockchain has given us a refreshing look. It does not require the intervention of a central institution, but rather builds consensus among a large number of mutually untrustworthy nodes based on mathematical implementation. This is the decentralization of the blockchain . Mathematics is not an invention of mankind, but an everlasting law in the universe. It is just that mankind discovered these laws. Reaching consensus based on mathematics not only greatly reduces the cost of consensus, but also changes the production relationship that has been formed around the central system for thousands of years. Because it can be decentralized and multi-centered, it can push the way of operation. Towards a more balanced state, making more large-scale social collaboration possible. Changing the foundation of trust into mathematics is a great thing.

In fact, human history has been swinging between centralization and decentralization, like a pendulum clock. Primitive people in the cave era were independent. In order to survive, in addition to collecting food, they also faced enemies and dangers. This is a decentralized model; over time, everyone realized that "many people are powerful", as long as they gather Living together, not only the food collected can be eaten for a long time, but also to resist the attacks of large carnivores, so everyone gradually gathered together in the form of a tribe to form a social life, and then develop and grow, the city and the country. Because everyone does not know each other, it is difficult to cooperate. At this time, it is necessary to rely on faith to unite everyone. As a result, totems have gradually evolved into God and religion. God's spokesperson in the world is the Son of Heaven, which is the so-called emperor or monarch. The emperor exercises the responsibility of managing the world for the heavens. Everyone obeys the emperor, which forms a centralized model. The good emperor made the people happy, and they would be oppressed when they met the unconscious, so everyone protested and demanded decentralization. After repeated struggles, constitutional monarchy and parliamentary systems have appeared in Western society, and the management of the state is not left to the monarch alone.

Huang Qifan: Expanding the breadth and depth of human collaboration through a new trust mechanism

Analysis: The current risk of the exchange continuing to be on the store is extremely high