Past data shows that the reason for the bitcoin price soaring immediately after halving in May is flawed. For a long time, the halving of Bitcoin ( BTC ) block rewards has been regarded as an optimistic factor driving the short-term price trend of Bitcoin in the first half of 2020. However, historical data shows that halving Bitcoin production does not necessarily coincide with the immediate surge in Bitcoin prices.

On the Bitcoin network, miners package blocks that record Bitcoin transactions and use computing power to verify and confirm payment data. Through large mining centers with ASIC mining chips and precision equipment, miners consume a lot of power and pay very high maintenance costs to mine Bitcoin. Individuals or small miners can mine Bitcoin through the mining pool, that is, a group of miners contribute Bitcoin to mine Bitcoin blocks.

The reward for digging bitcoin every four years is halved, reducing the income of miners by 50%. Miners usually prepare six to twelve months of cash reserves as a buffer to ensure that even if the price of Bitcoin drops after halving, their business can be maintained.

What do historical data say?

On November 28, 2012, the Bitcoin network halved for the first time. At the time, only a few mainstream cryptocurrency exchanges could trade Bitcoin, and buying Bitcoin was still relatively difficult . Therefore, many analysts believe that market data before 2016 (when the number of exchanges was limited) may not be reliable. 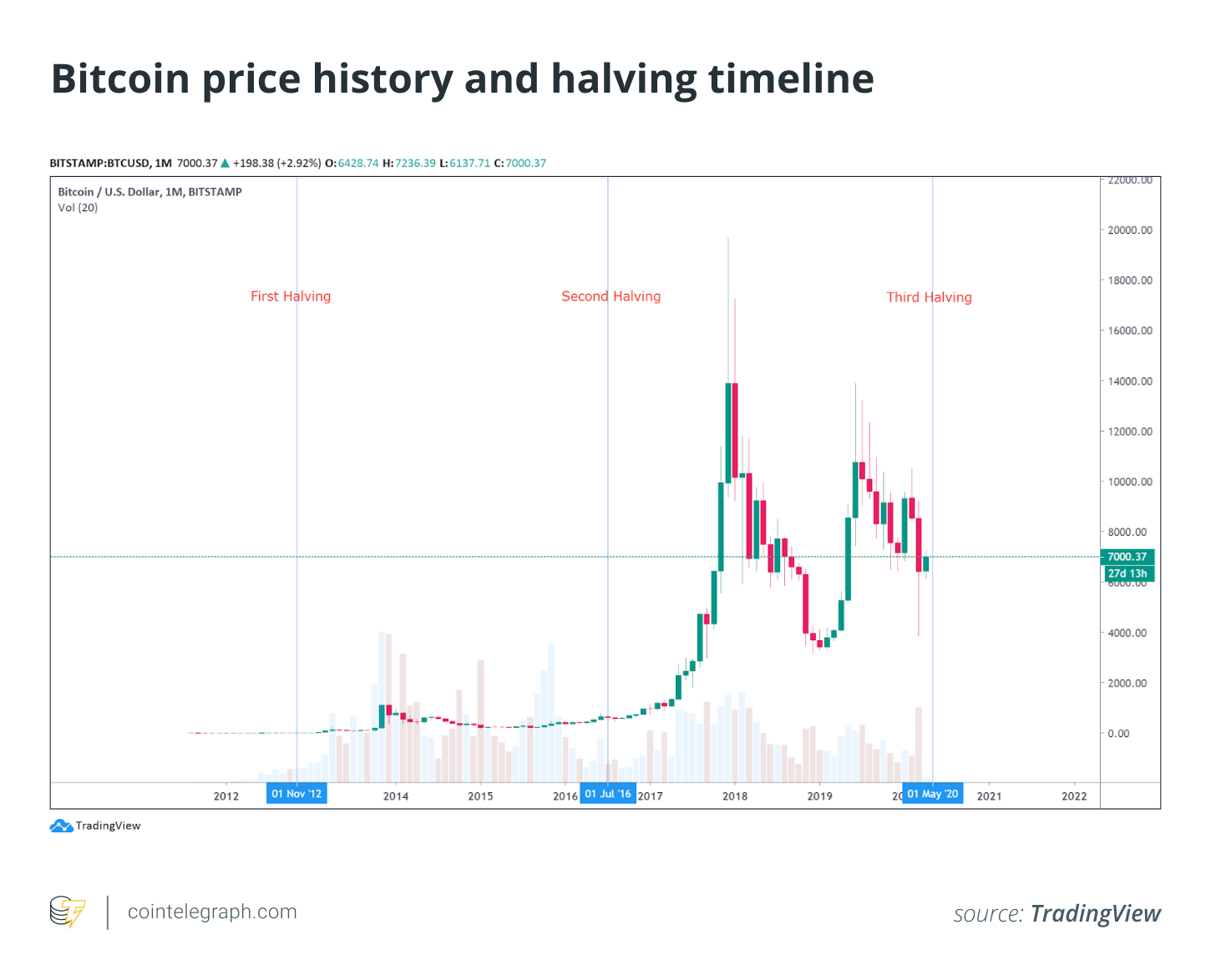 Why Bitcoin price will rebound after halving for months

Large miners tend to reserve up to 12 months of cash as a buffer before the block reward is halved, because there is always a risk of BTC prices falling after the mining revenue decreases. However, small miners do not have the financial resources or resources to prepare for the halving in advance.

Various data (including Digital Assets data 21-Day Miner's Rolling Inventory) indicate that the number of BTC sold by miners in recent weeks has exceeded their mining volume. As the large investor Joe007 (probably the largest whale on Bitfinex) has hinted, the possibility of miners selling BTC has not yet been digested by the market.

In mid-March, Joe007 warned that with the halving approaching, "over-leveraged miners" will be incredibly hurt, which may cause some miners to surrender and eventually go through exchanges and over-the-counter trading platforms Sell ​​Bitcoin.

Why do investors predict that the price of Bitcoin will rise after halving?

It is widely expected that the bitcoin price will increase in the short term after the block reward is halved in May, as John Todaro, head of research at TradeBlock, said in early 2020 that bitcoin The breakeven price of coin mining will rise to between 12,000 and 15,000 USD. Many investors speculate that since the mining cost of Bitcoin is $ 12,000, it is logical to increase the price of Bitcoin to more than $ 12,000 after halving it.

Although the price of Bitcoin may eventually enter the range of 12,000 to 15,000 US dollars in the future, large miners are preparing a large amount of cash buffer to deal with the possible price drop of Bitcoin after the halving.

Todaro's research also found that large companies such as Bitmain and Jianan Technology have been developing newer mining equipment, which is also a variable in calculating the mining breakeven price. According to TradeBlock research, efficient mining equipment and cheaper electricity and resources can greatly reduce the breakeven price of mining, even after halving.

For large miners with buffered cash and resources to quickly acquire new mining equipment, automatic adjustments ultimately reduce the difficulty of mining making it possible to maintain their business in the first few months after halving.

What will happen to Bitcoin next?

If bitcoin's price trend follows historical performance, as shown in 2012 and 2016, then bitcoin should rise sharply in mid-2021, 10 to 11 months before the halving in May. Therefore, in the coming months, the price of Bitcoin is likely to remain well below the mining breakeven price. 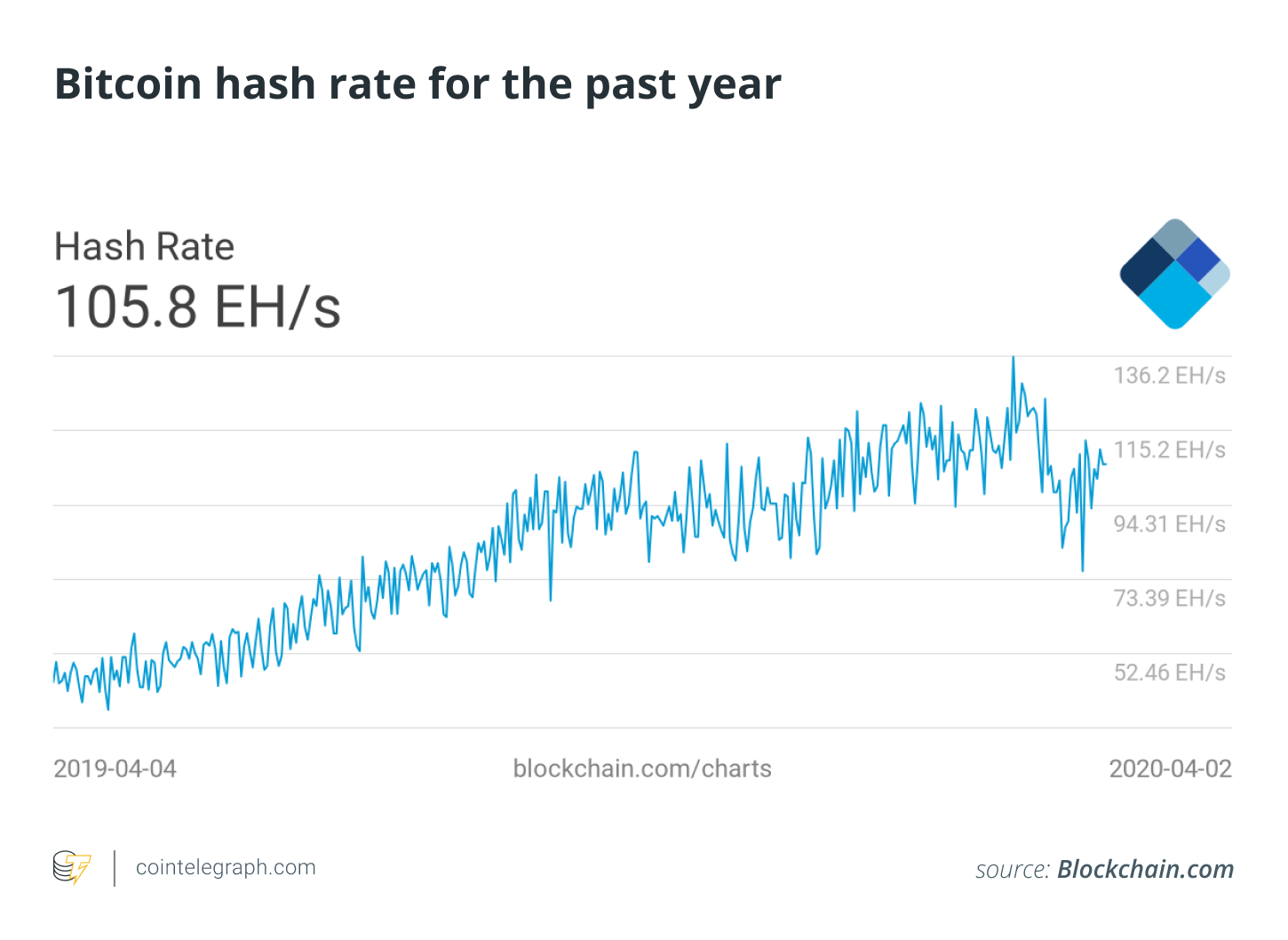 This means that even if the price of Bitcoin is still lower than the cost of mining, and maintain this status for the next three to four months, and considering that large miners tend to prepare in advance and the hash rate rarely drops significantly, so Before the hash rate begins to reflect the mining cost, the hash rate of the Bitcoin network may remain stable.

A bitcoin halving may seriously affect overly leveraged small miners in the short term, just as a bitcoin price drop will severely affect overly leveraged traders, because a halving is unlikely to immediately trigger a surge in bitcoin prices. But in the medium to long term, it is expected that the fundamentals of the Bitcoin network and mining ecosystem will remain strong.

Despite the sluggish market and the stagnation of the cryptocurrency market, small and large acquisitions in the mining sector are still underway, such as the acquisition of a Bitcoin mining center in Quebec, Canada for $ 2.8 million on March 30, 2020. This indicates that miners expect the global cryptocurrency mining industry to decline in the short term, but will recover in the long run.

CipherTrace report: 87% of cryptocurrency transactions can now be tracked

Babbitt Value Index: The market value of Token and the market as a whole continue to rise

Libra's detailed roadmap is announced for the first time: the main network will have hundreds of nodes

Five major payment giants such as MasterCard, Visa and eBay withdraw from the Libra project