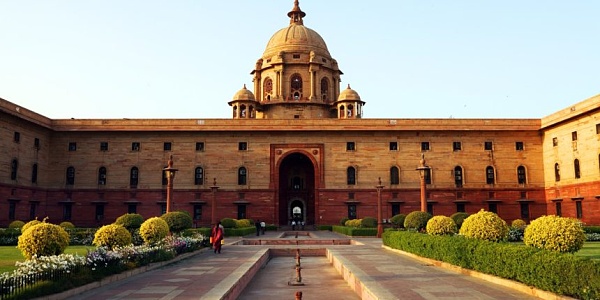 It is said that the Indian government will once again make efforts in the field of a total ban on public cryptocurrencies.

A report in the Economic Times last Friday quoted an anonymous “government official who understands the details” as saying that many government agencies in India have expressed their support for the idea of ​​a total ban on the issuance and trading of cryptocurrencies.

Officials said the Indian Ministry of Economic Affairs (DEA), the Central Direct Taxation Commission, the Inter-Departmental Tax and Customs Committee, and the Investor Education and Protection Fund Authority all supported the ban.

According to reports, a draft called "The 2019 Prohibition of Cryptographic Currency and Official Digital Money Regulation Act" was also shared by some government departments. Although it is still unclear what the “official digital currency ” refers to, the Bank of India has previously studied the introduction of a digital rupee.

According to sources, according to the advice of the consulting department, the final bill is expected to be submitted to the next government after the national election in May next year.

According to reports, the Ministry of Corporate Affairs provided feedback to DEA that most cryptocurrencies were used as Ponzi schemes to defraud investors. Therefore, the Ministry recommended that the cryptocurrency be temporarily prosecuted under the country's Prevention of Money laundering Act, as it would take some time to introduce the encryption bill.

Another article from the same news source stated that Anurag Agarwal, CEO of the Investor Education and Protection Fund (IEPF) Authority, also stated:

"In terms of investor protection, IEPFA must take a position on certain things. We are showing our position on the Ponzi scheme. We believe that cryptocurrency is a Ponzi scheme and should be banned."

The country's encryption industry is in an uncertain state until a final decision is made. Since last year, the Bank of India (the Reserve Bank of India) has banned banks from providing services to cryptocurrency companies and exchanges.

Since then, many exchanges have filed legal petitions calling for the overthrow of the Indian central bank's ban. The Supreme Court of India is slowly hearing the case. The next hearing is scheduled to take place in July.

I raised 30,000 cats on the blockchain and learned 8 truths about making money