What is the strong and what is the weak? The strength of the strong is in acquiring information, trend control, in-depth understanding, anti-risk, network relationships, and emotion control. But the weak do not have these advantages and can only help them with common sense, time and odds.

Most of us are weak, and what the weak want to pursue is often simpler and more definite, rather than complicated investment hotspots and economic model logic.

The data on the chain may be a very interesting entry point. A simple question is, do you think "a coin, with more people, will its value go up?"

Every network and cryptocurrency are batching economic models and investment stories, but most of the public chains today are not free from "nobody" torture. For many investors here, it is always like a thorn in the sole of the shoe. When you are optimistic about the future of the star public chain and are ready to accelerate into the market, it will stab you from time to time and attack your stud courage.

If you also think of a cryptocurrency, the more people use it, the greater the value of the network, and the more investment significance it will have in the future. Why not choose the investment target according to the data on the chain of each currency?

What is the data on the chain? have what?

What is on-chain data? What are they? Simply put, on-chain data is all data stored natively on the blockchain.

These data include (but are not limited to):

We will try to use Messari's data today to see what investment targets we get from the data on the various currency chains it provides, and what investment opportunities we find.

The data categories we use are the four data categories of transaction volume, NVT ratio, active address, and number of transactions. (It should be noted that the data comes from Messari. There are of course some differences and deviations due to various reasons, and all currencies are not provided, so many currencies are in fact blank. Help everyone understand and use tools to understand what kind of data on the currency chain is better. In addition, due to the technical reasons of anonymous coins, some anonymous coins data will also have a big deviation in it. Is the statistical date) 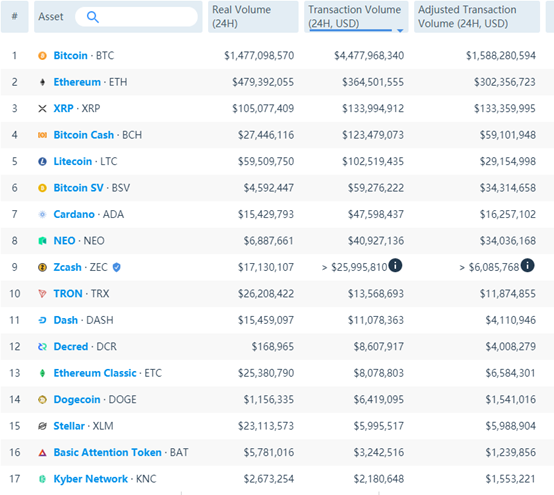 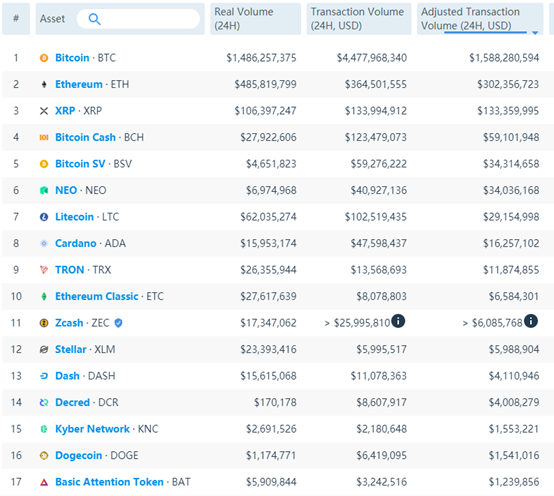 Let's look at NVT again, let's talk about what is the NVT ratio first? NVT ratio is an abbreviation of Network Value to Transactions Ratio, which is a comparison of the degree of network valuation and network usage.

In the traditional stock market, the PE ratio has been a long-term effective tool for evaluating companies. It is the ratio of the company's stock price to the equivalent earnings per share. High P / E ratios describe companies that are overvalued or have high growth.

The NVT ratio is known as the price-to-earnings ratio of the currency circle, because the essence of Bitcoin is not a company, but a value network of payment and storage. Everyone uses the funds flowing through its network as a substitute for "company earnings."

An increase in the NVT ratio indicates that the value of the network is overvalued, and it is regarded as a bearish price indicator, while a downward trend in NVT indicates the opposite. As for how low the NVT ratio is, I do n’t see a very standard and unified answer for the time being. Some say 30, some say 100, some say 150. We remember that the lower the better.

We use the NVT ratio on Messari as a comparison. The top 17 currencies on the chain provided by Messari are: 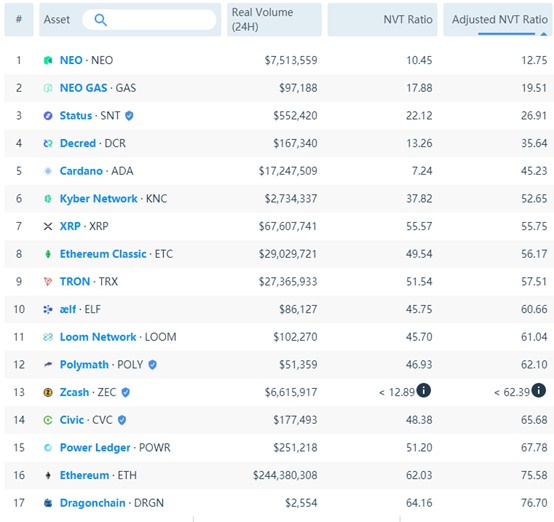 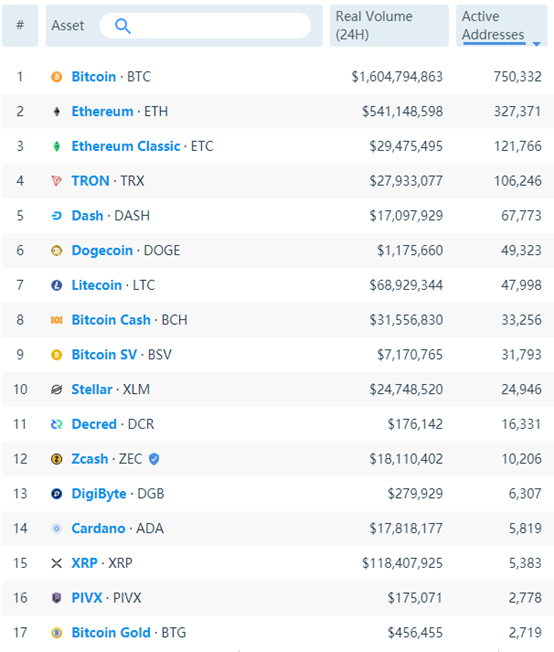 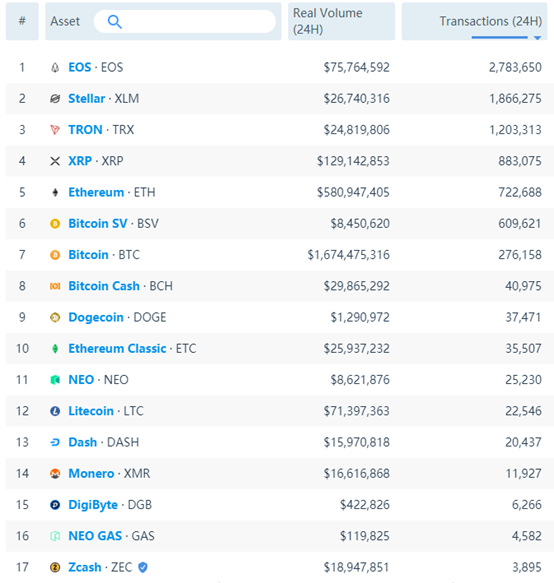 I am a small retailer, and I am a weak person.

I have to admit that I am a weak chicken.

However, I am willing to admit that I am a weak person. What I can do is often to avoid my weaknesses as much as possible, vote for my ability to match, and vote for what I think meets simple common sense and time will return value.

The data on the chain may be a good entry point. After all, I still believe that the more people who use the network, the greater the value of the network. This assumption will be established and reflected in the long-term investment cycle.

Finally, add where are we looking for the data today? Here is the link:

95% of cryptocurrency players are…