Summary: The market stepped back and stabilized, and it was good to be halved tonight. BCH's performance was eye-catching in a short time. Because the halving of BCH and BSV precedes BTC by one month, the mining unions switch their computing power due to the sharp decrease in income; at the current price, the old mining machine is brought back to life, but after the BTC is halved, the old mining machine can not escape the fate of being eliminated . 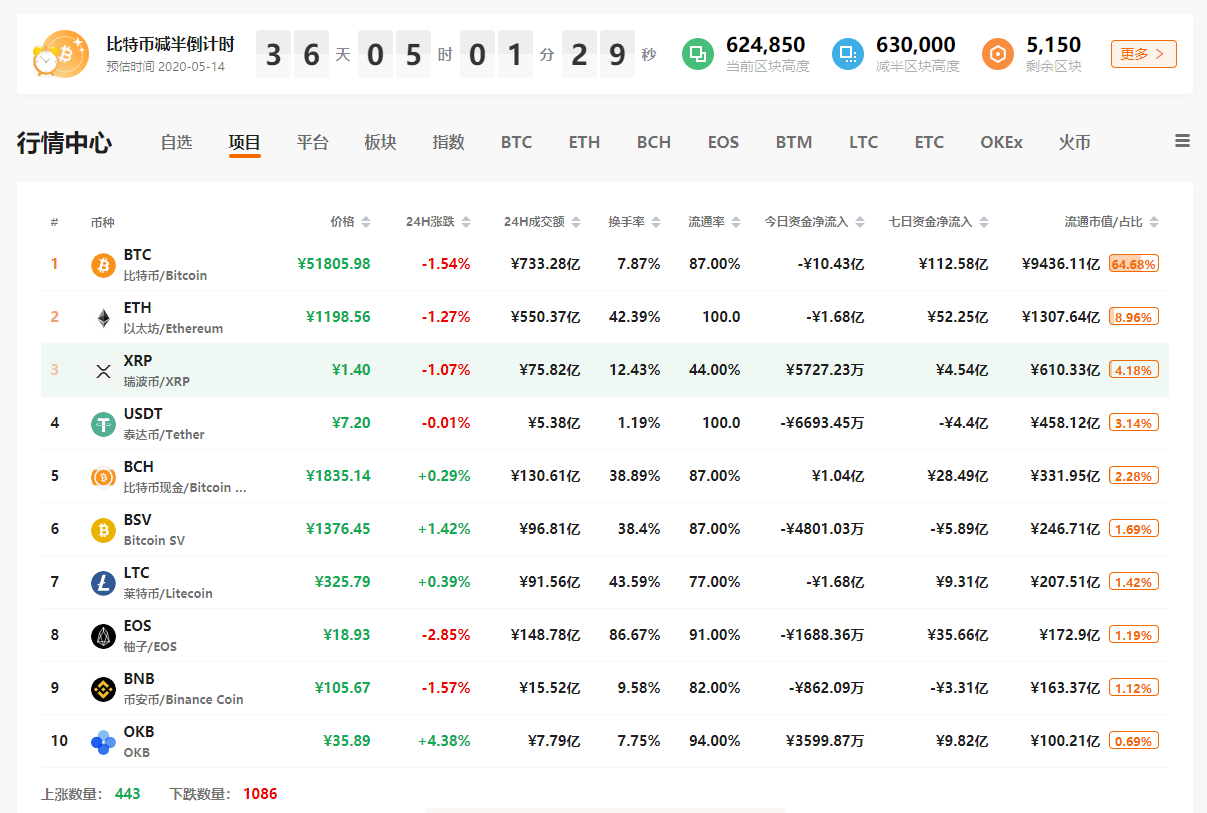 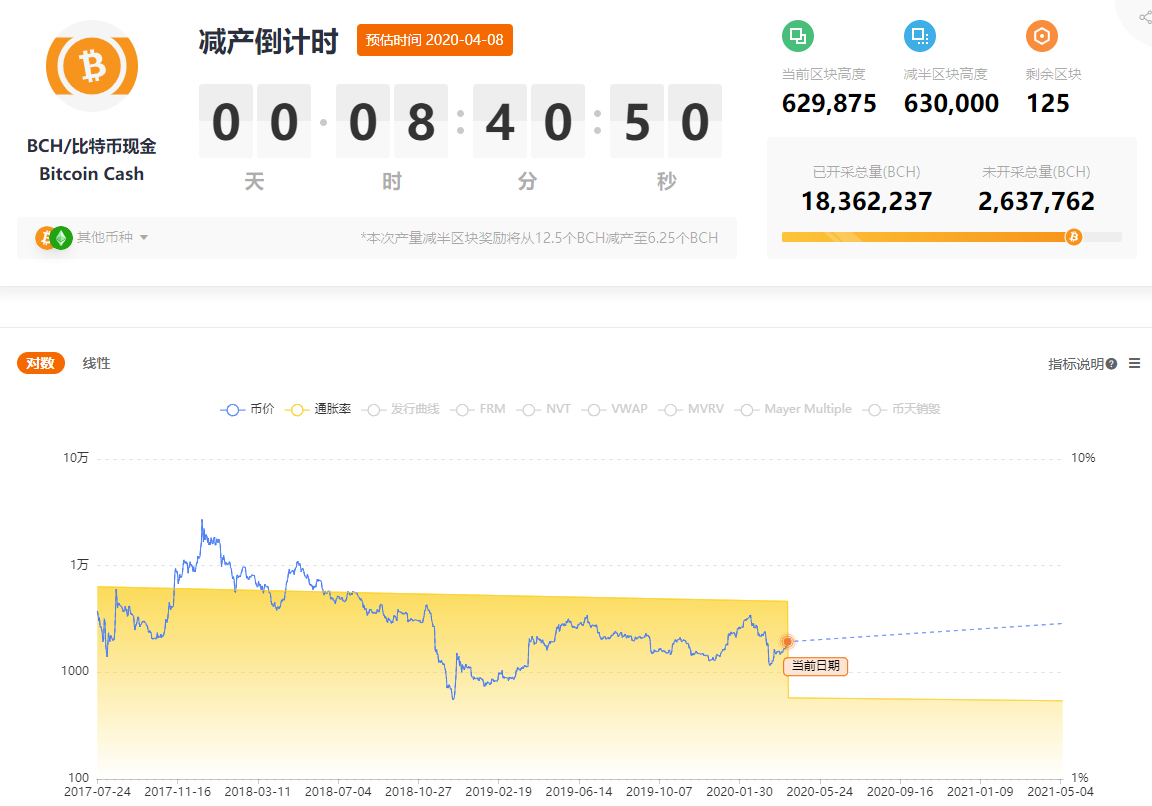 Later today, BCH will usher in a block reward halving. Similar to BTC and BSV, the next half will reduce the annual pass rate from 3.6% to 1.8% instantaneously, and the corresponding daily output will be reduced from about 1800 to about 900. Due to the instability of early algorithm mining, BCH and BSV halved the block reward earlier than BTC. Therefore, for the miners who mine the first two, due to the recent sharp decline in mining revenue, they will switch part of their computing power to BTC, and then continue to switch back to achieve a new balance.

The halving should have a good expectation for the market. However, under the global epidemic and the U.S. debt crisis, the Black Swan incident caused the BTC-linked U.S. stocks to plunge last month, and the crypto asset market entered the bottoming out again. Bitcoin has the dual attributes of safe-haven assets and risk assets. On the one hand, it will be linked to the price of gold, and on the other hand, it will be linked to the US stock market. Although the cloud of the capital market has dragged down the encrypted asset market, the floods of the central banks of various countries have given the opportunity to get rid of the linkage.

For now, with the recent sharp rebound in US stocks, the continuous release of half of the positive expectations will help the linked rebound of the crypto asset market. However, the cloud of the capital market has not receded, the US stocks are not at the end, and the subsequent crypto asset market will be affected by it. 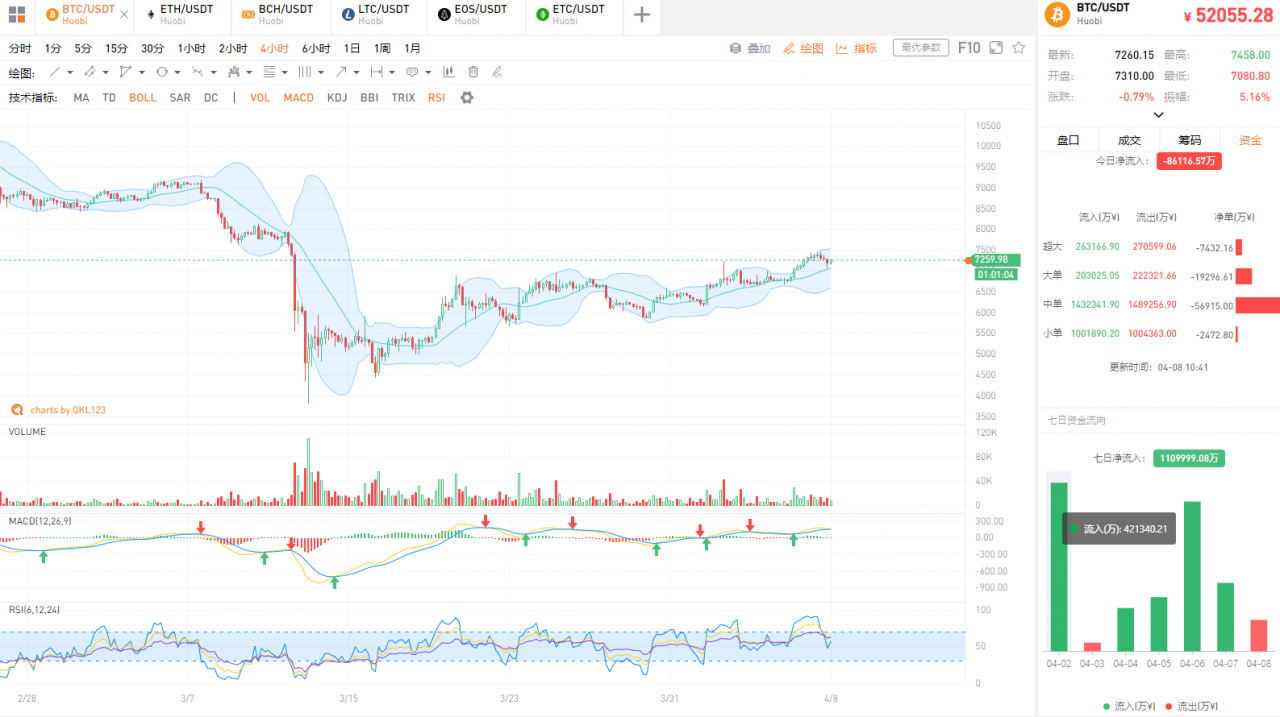 BTC has dropped from yesterday's high of $ 7,470. Today's lowest touched $ 70,80. The short-term shock fell to adjust, and the overbought state eased. At present, altcoins are highly volatile and net outflow of funds from the market has not fallen below the upward trend. After stepping back, the inertia is more likely to rise, and the upper space sees near $ 7,800 .

ETH fell back after a big rise, and it is currently receiving short-term support at $ 160. It is long and short, and the amount released can be relatively balanced. There is a clear divergence between large and small market capital orders. After short-term shock adjustment, the possibility of accumulating upside is greater.

BCH's performance today is eye-catching, and it is obviously stronger than BTC and ETH. It is expected that the block reward will be halved tonight, and it is not appropriate to chase up the price in a short time. If BTC cannot follow up, the risk of subsequent fall is greater.

LTC fell back from $ 48 yesterday, and the amount released can be similar to ETH, with a hammer-shaped support below $ 43. In a short period of time, it stabilized and went up, mainly linked BTC.

The trend of EOS is similar to that of LTC, and it stabilized upward in a short time.

ETC fell back shortly and once again reached a recent high, mainly linked to BTC.

Affected by the financial environment, it is difficult for the market to get out of the bottom in a short time, and those who do not have a heavy position will intervene in batches . Those with heavy positions can continue to hold and wait for the halving to be favorable.

Step back on the line and the camera moves.

Zhao Yitian, founder of CME company: New technologies such as “blockchain+AI” guide the development of the future music market

Liu Yanchu, Sun Yat-sen University: Blockchain will “flatten” the suppliers at all levels in the capital stream 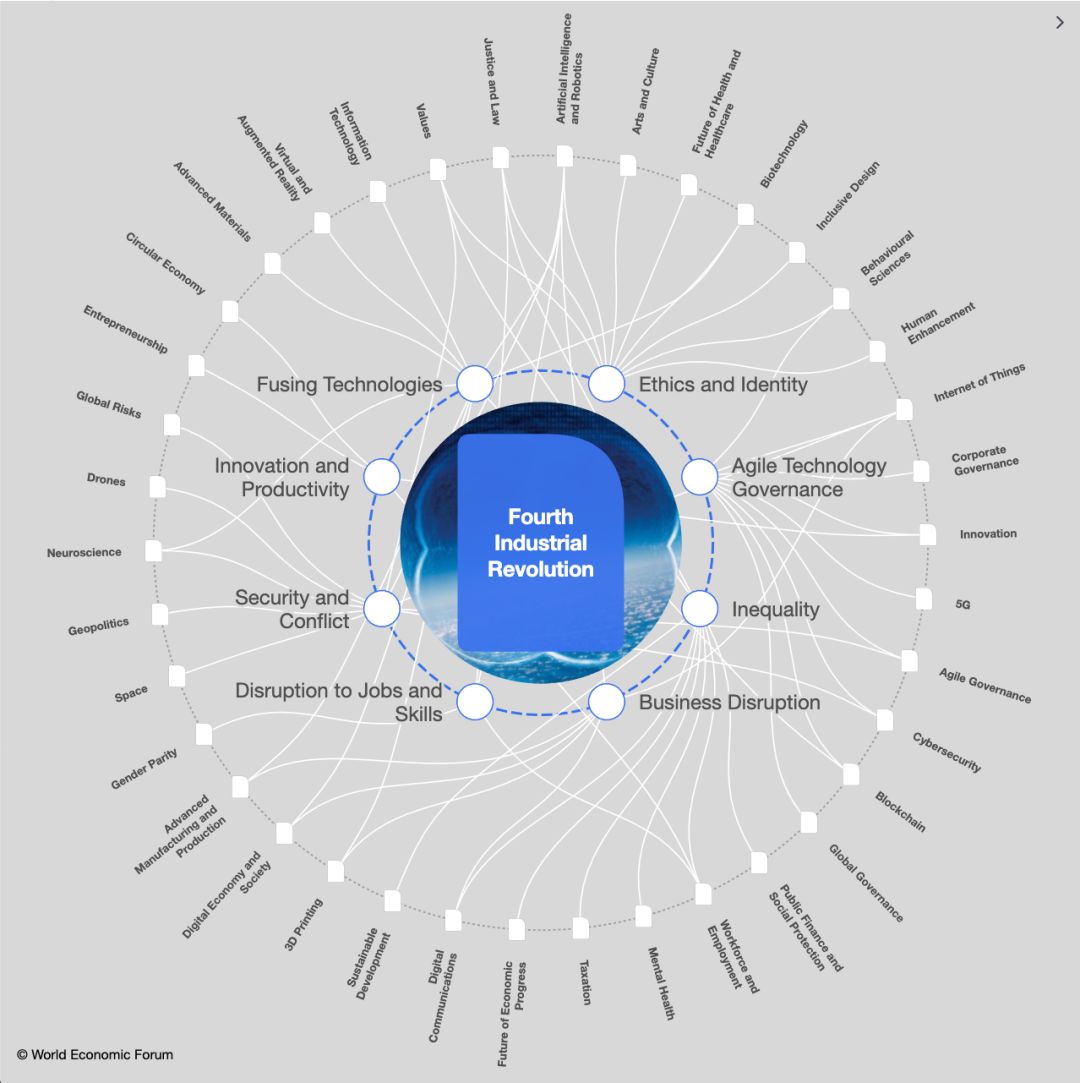