In the last issue of [Advanced Small Class], we analyzed the many disadvantages of the Internet currently constructed by the HTTP protocol, and introduced the basic concepts of IPFS and how IPFS builds the next-generation Internet. Click the image below to view . Today, mine brother and everyone share the relationship genealogy and technical architecture of IPFS.

IPFS was launched by Juan Benet (Juan Bennett) in May 2014. In 2015, the project "IPFS" he created won awards and received angel investment in the Y Combinator startup incubation competition, and also established a protocol laboratory.

IPFS is essentially a distributed storage and transmission protocol for content addressable, versioned, peer-to-peer hypermedia. The goal is to supplement or even replace the hypertext media transfer protocol (HTTP) used in the past 20 years, hoping to build faster, The era of safer and freer Internet.

When the protocol laboratory team develops IPFS, it adopts a highly modular integration method to develop the entire project like building blocks. Among them, the three modules of IPLD, LibP2P and Multiformats serve the bottom layer of IPFS. And Filecoin is the incentive layer of IPFS, and the value of IPFS application data. 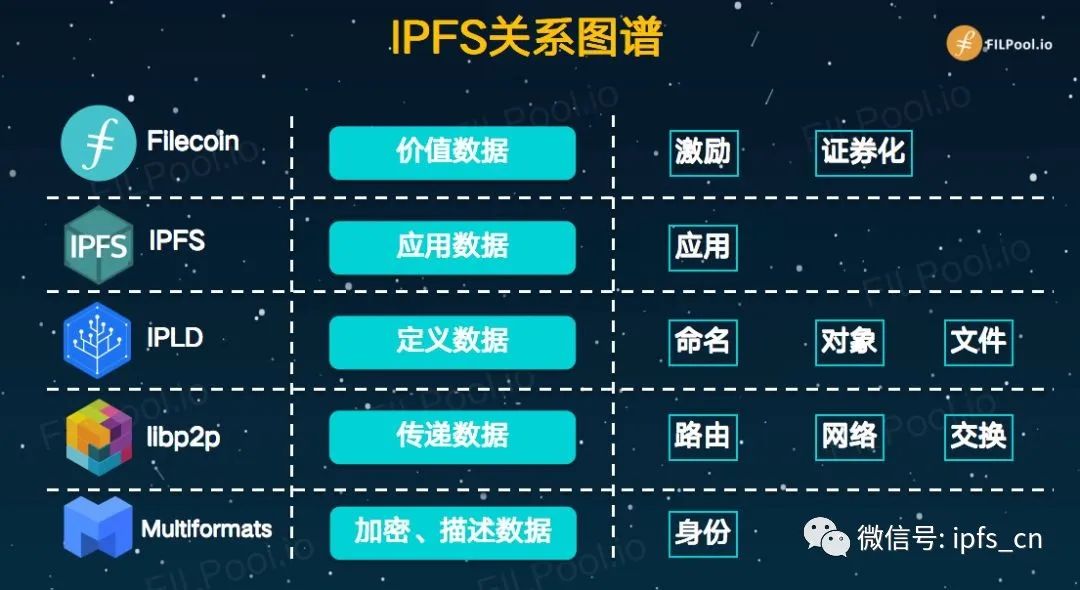 Mutiformats is a collection of hash encryption algorithms and self-describing methods. It has 6 mainstream encryption methods including SHA1 \ SHA256 \ SHA512 \ Blake3B, which are used to encrypt and describe the generation of nodeID and fingerprint data. It is based on existing protocols. Self-descriptive transformation of the value, that is, you can know how it is generated from the value.

libP2P is the core of the IPFS core. In the face of various transport layer protocols and complex network equipment, it can help developers quickly establish an available P2P network layer, quickly and cost-effectively. The main functions of libp2p include: discovering nodes, connecting nodes, discovering data, and transmitting data. It is similar to a real-world courier company. It connects tens of millions of nodes. In addition to distributing data, it is also responsible for finding data. IPLD is a conversion middleware that unifies existing heterogeneous data structures into one format, facilitating data exchange and interoperability between different systems. IPLD now supports block data from mainstream public chains such as BTC, ETH, and EOS. IPLD middleware can unify different block structures into one standard for delivery, providing developers with high standards of success without worrying about performance, stability and bugs. This is also why IPFS is popular among many blockchain projects. the reason.

IPFS uses the functions of these modules and integrates it into a containerized application program, which runs on an independent node and is accessible to everyone in the form of a Web service.

Since IPFS is an open source protocol, everyone can use IPFS for free development. At present, the number of nodes in the IPFS network is not enough, and the network is not stable enough. In order to allow IPFS to be popularized quickly, Protocol Lab created the Filecoin blockchain project based on the IPFS network to encourage miners participating in IPFS nodes and storing data. Filecoin values ​​the data of these applications, and through an incentive policy and economic model similar to Bitcoin, let more people create nodes and let more people use IPFS.

Filecoin is an IPFS economic incentive system, which carries the value transfer of IPFS and maintains the development of the IPFS ecology.

Beginning with the next [Advanced Small Class], we will focus on the introduction of Filecoin.

IPFS has eight layers of sub-protocol stacks. From low to high, they are identity, network, routing, exchange, object, file, naming, and application. Each protocol stack has its own function and matches each other. 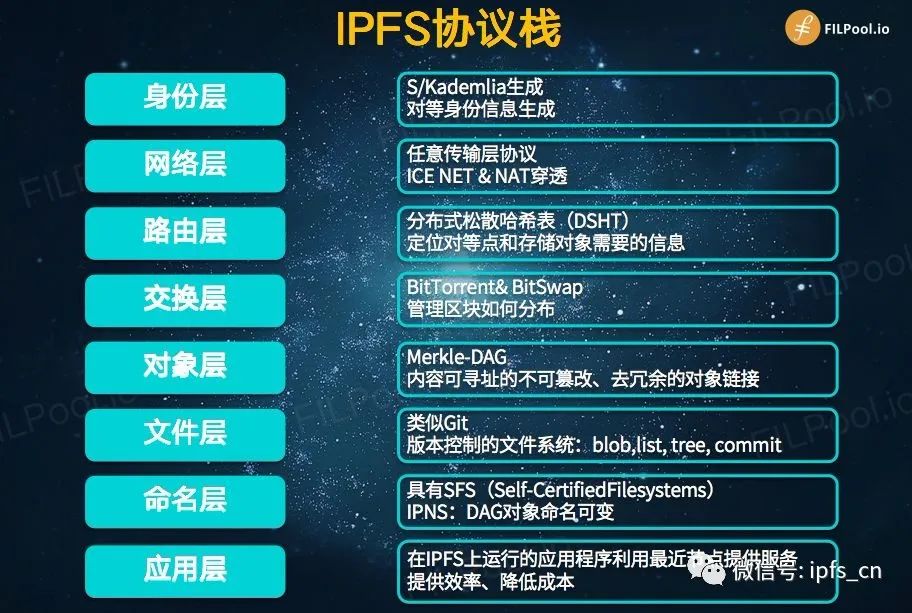 Just like WeChat business card sharing, if you can't search WeChat directly, if you want to find a person, you can establish a connection by sharing the business card with a friend who has that person's contact information.

The network layer is the core layer of IPFS technology. The lib2p used can support any transport layer protocol. The ICE NAT traversal framework integrates STUN, TURN and other types of NAT protocols. The framework allows clients to use various NAT methods to get through the network to complete NAT communication, which is very important for IPFS p2p networks.

The exchange layer is a BT tool like Thunder and eMule. The IPFS team has innovated BitTorrent called Bitswap. It adds a credit and billing system to encourage nodes to share. Users can increase the credit value when sending data to other nodes. Receiving data from other nodes reduces the credit value. If users only receive data without sharing data, the credit score will become lower and lower and ignored by other nodes.

It has the characteristics of self-verification (when other users obtain the object, the fingerprint public key is used for verification, that is, whether the public key used matches the NodeId, which verifies the authenticity of the user's published object, and also obtains the variable state ), And the ingenious design of IPNS is added to make the encrypted DAG object name definable and enhance readability.

The core value of IPFS lies in the applications running above. You can use its CDN-like functions to obtain the desired data at a low cost bandwidth, thereby improving the efficiency of the entire application. File query based on hash value. When querying files, the IPFS network searches based on the file's hash value (unique across the network). Since the hash value of each file is unique across the network, the query will be easy. In addition to storing the data it needs, each node also stores a hash table, which is used to record the location where the file is stored, and is used to query and download the file. 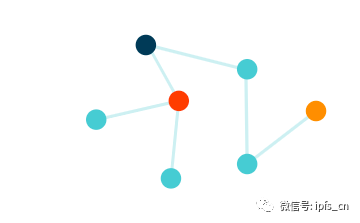 IPNS. IPNS allows users to use a private key to attach a reference to the IPFS hash, and a public key hash to indicate that your website is the latest version. If you have used bitcoin, you may be familiar with it. A bitcoin address is also a public key. If the link does not work, do n’t worry, you can change the content pointed to by the public key, but the public key never remains. change. In this way, the website update problem has been resolved. Next, just make sure that the location of these sites is human readable, and all problems are solved. 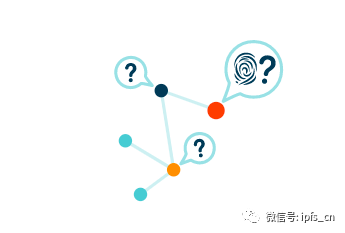 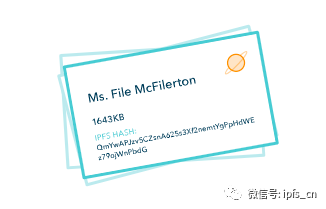 IPFS HTTP gateway, the bridge between the old and new networks. Through an HTTP gateway, IPFS can realize the transition from HTTP to IPFS. Before the browser fully supports IPFS, the current web browser has now allowed access to IPFS. Users can quickly switch to IPFS to complete the storage, distribution and service of the Web network.
The IPFS protocol is open source and supports any team and individual to store and download data for free. How can IPFS be popularized and developed quickly so that more node participants are willing to take out their own computer hard disks to store other people's data? This requires the incentive layer of IPFS-Filecoin.
In the next issue of "Advanced Small Class", we will begin to explain in detail what Filecoin is and the relationship between Filecoin and IPFS. Welcome to pay attention. 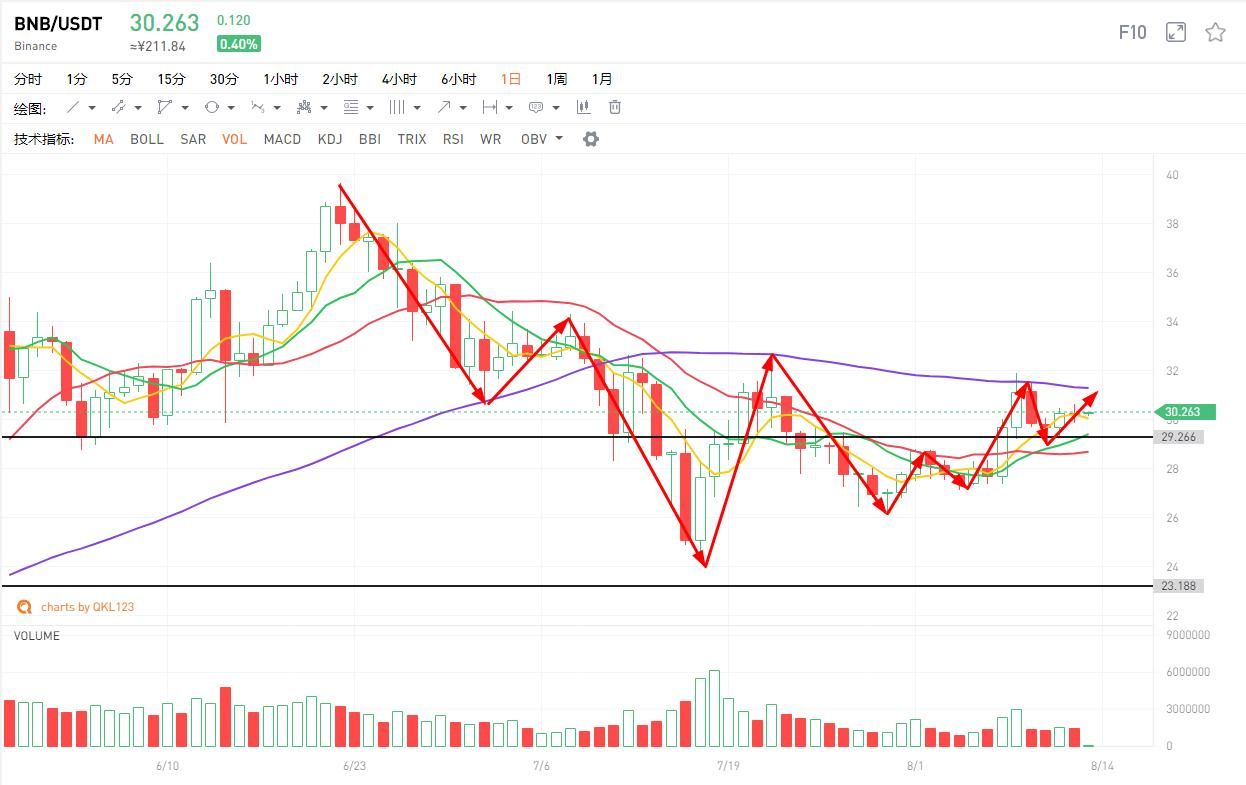