TokenInsight organized the big events in the blockchain industry on the exchange, industry development, the underlying public chain, blockchain application, secondary market, mining, from April 27th to May 4th. Comments.

For this week's trading market (from April 27, 2019 to May 4, 2019, the same below), TokenInsight resumed from three perspectives: industry performance, main circulation certificate performance and index performance. 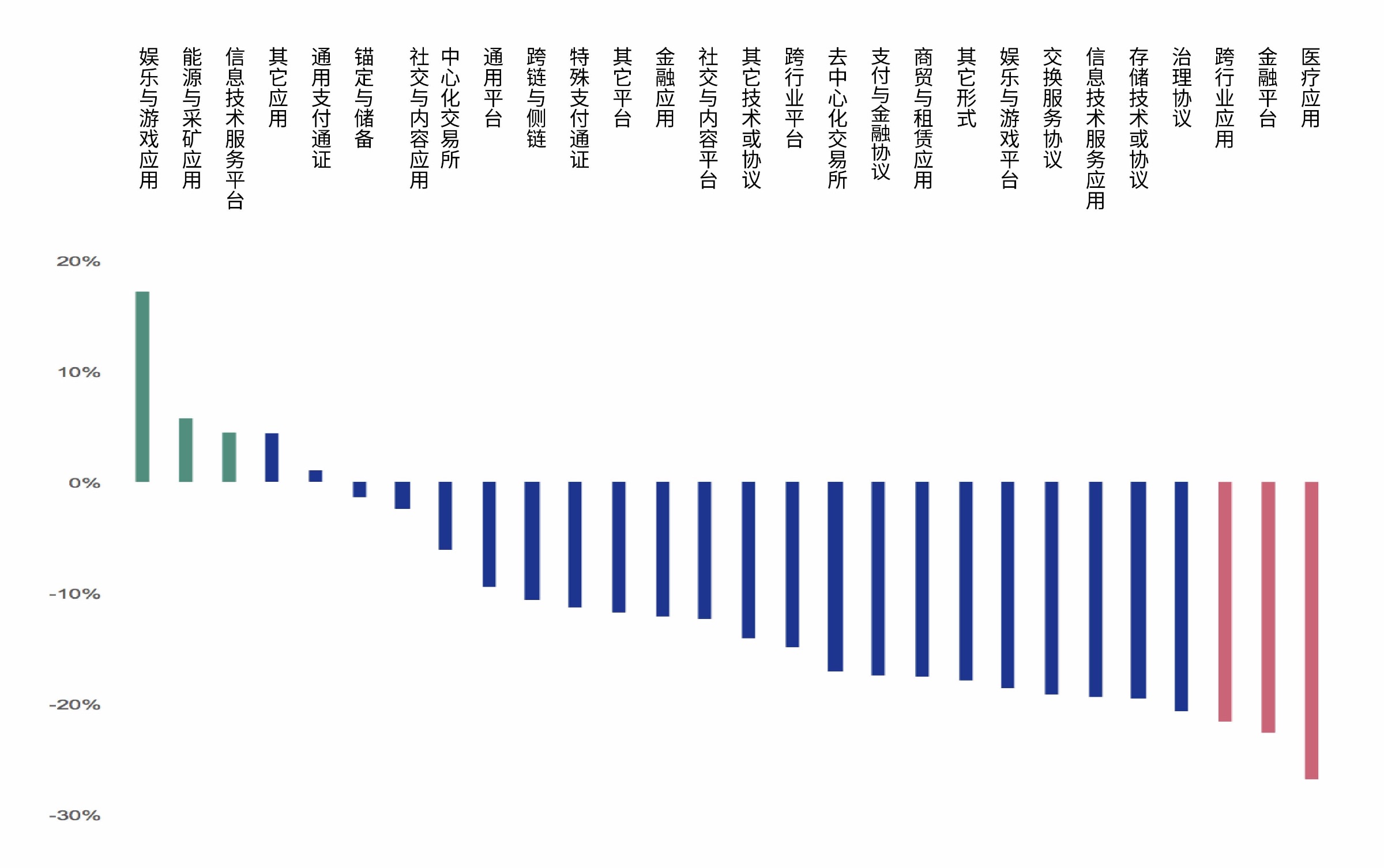 This week, the overall market showed an increase, with 65.66% of the 1715 passes in the statistics rising.

Details: According to Bitwise, the data provider of the NASDAQ Research Platform, the New York Attorney General’s fraud prosecution against Bitfinex this week has caused widespread public opinion and influence. After the meeting voted, the all-vote vote agreed to remove Bitfinex from its price index reference exchange and take effect immediately.

TI Analysis: TokenInsight has downgraded Bitfinex's rating from BBB to BB. The old exchange Bitfinex has recently been on the cusp. The New York State Attorney General accused Bitfinex of misappropriating $850 million from Tether's reserves. The incident caused a violent reaction in the market. The BTC price on Bitfinex was higher than that of other exchanges. On May 4th, the BTC price on Bitfinex exceeded $6,000. Taking into account the regulatory issues facing Bitfinex, TokenInsight lowered the rating of Bitfinex from BBB to BB on April 28.

Details: On May 1, CoinMarketCap, the cryptocurrency data site, announced the launch of an encrypted data transparency alliance, new bitcoin and Ethereum block browsers and its own merchandise store. It is reported that its DATA Accountability and Transparency Alliance (DATA) will bring together partners from all walks of life to discuss how to improve the transparency of encrypted data reports. As the first batch of DATA alliance members Binance, Bittrex, OKEx, Huobi, Liquid, IDEX, OceanEx, Gate.io, KuCoin, HitBTC, Bitfinex, Upbit, etc., all promised to hold round tables every six months. In the meeting, in-depth advice was provided on the data transparency of the encrypted digital currency and its industry impact. In addition, CoinMarketCap requires all exchanges that are online on their platform to provide real-time transaction data and real-time order data; unsatisfied will be removed from the “adjusted volume” ranking.

TI analysis: Data transparency in the cryptocurrency market is expected to increase. The authenticity of cryptocurrency market data has always been confusing. In the absence of effective supervision, the transaction volume has become increasingly fierce. The market is facing a lack of supervision, and the public is pinning the reorganization of the market order on self-regulatory organizations initiated by industry bodies with authority and credibility. The emergence of DATA is expected to enhance the transparency of data in the cryptocurrency trading market.

Details: According to Yahoo Finance, Amazon.com announced on April 30 that it has officially launched Amazon Managed Blockchain. This is a fully managed service that makes it easy to create and manage scalable blockchain networks. The service is extended with popular open source frameworks such as Hyperledger Fabric and Ethereum to support thousands of applications and millions of transactions. According to reports, the Amazon management blockchain service can be used immediately in the eastern United States and will be extended to other regions next year.

TI analysis: Traditional giants have deepened their cooperation in the blockchain field, or can provide more reliable and stable application services. JPM and Microsoft signed a strategic cooperation memorandum to help the wider spread of blockchain technology. Microsoft is responsible for the technical maintenance of JPM's Quorum platform. At the same time, Quorum is also used in Microsoft's xbox products. The relationship between the two is very close. The traditional financial and technology giants combined with the service of blockchain are now an inevitable trend. Companies with a large number of financial and technological accumulations may provide more stable and reliable services from a service perspective.

– Deloitte is migrating customer work from Ethereum to only chain (News source: Shallot)

Details: According to Coindesk, the Ethereum Equity Proof (PoS) blockchain code will be completed sometime in June. In the bi-weekly teleconference between Ethereum developers, Ethereum Foundation researcher Justin Drake said that the code specification for Ethereum's first phase transition to equity certification network is "normal" and will be on June 30. It was finally confirmed a few days ago. Ethereum has been undergoing a major upgrade, called Ethereum 2.0, which will revolutionize the way the $17 billion network creates blocks and validates transactions.

TI analysis: Ethereum 2.0 will determine the future of Ethereum. Ethereum 2.0 will implement PoS consensus algorithm, fragmentation architecture and other design. This will be the most important upgrade of Ethereum in the past few years, aiming to solve the bottleneck of low scalability and power. In the face of the impact of emerging public chain competition and internal organizational structure, Ethereum is gradually losing its dominant position in the public chain. The ability to achieve this transition efficiently and safely will have a huge impact on the development of Ethereum.

– The Dutch central bank will continue to test technologies such as blockchain (news source: Cointelegraph)

Details: According to Cointelegraph, Petra Hielkema, head of payment and market infrastructure at the Dutch central bank (DNB), said that the adoption of new technologies such as blockchain and artificial intelligence will be the key direction of DNB's payment strategy 2018-2021, so the blockchain will continue to be tested. technology. But Hielkema also said that the results of the survey so far are "not very optimistic." Hielkema further outlined some of the issues with DLT exposure, such as capacity shortages, inefficiencies due to high energy consumption, and the inability to fully determine whether payment has been completed.

TI analysis: The bank payment system is still the best experimental field for DLT landing applications. The core of the Dutch central bank's (DNB) payment strategy 2018-2021 is to use the technology innovation as the engine to promote the stable and efficient operation of the banking system, realizing instant transfer, improving data acquisition and reducing network risks. Decentralized ledgers (DLTs), along with technological innovations such as AI technology, constitute a technology stack that enhances the efficiency of bank payment systems. After DNB deep-rooted three-year DLT application, the four solutions developed by it still have technical constraints. The low scalability, high power consumption and non-finality of the blockchain system make DLT difficult to improve bank payment. The perfect solution for system efficiency. It can be seen that the large-scale commercial application of the blockchain still faces the bottleneck of the defects of the original technology.

TI analysis: The transparency and traceability of the blockchain greatly improved the efficiency of handling property disputes. On September 7, 2018, the Supreme People's Court promulgated the "Provisions of the Supreme People's Court on Several Issues in the Trial of Internet Court Cases", in which Article 11 first confirmed the electronic signature, trusted time stamp, hash value check, and district. Blockchains and the like can be used as a technical means to verify the authenticity of electronic data. The application of blockchain in the judicial field is legally recognized and will certainly promote a more comprehensive combination of the two. The current industry pain points in the judicial field, such as the confidentiality of important documents, cannot be guaranteed; the international business is inefficient; the files cannot be processed and managed; the evidence collection and the difficulty of depositing certificates are better solved because of the blockchain technology. The participation of the blockchain will make the judicial efficiency more and more efficient.

Details: According to Businesstimes, the Singapore Monetary Authority (MAS) and the Bank of Canada issued a joint statement on May 2, using a central bank digital currency and distributed ledger technology (DLT) for successful experiments, which enabled cross-border currency Payments are cheaper, faster, and safer, and their future potential is huge. The Bank of Canada's Jasper project and the MAS project Ubin were built on two different DLT platforms. In order to connect the two networks and allow them to pay directly without third-party intermediaries, the project team used a name called Hashed Time-Locked Contracts technology.

TI analysis: The cross-border cross-currency decentralized ledger payment system led by the compliance agency has been implemented. While third-party blockchain enterprise solutions are still considered to be promising in the interbank payment arena, technological changes from bank self-drive may be the biggest threat to companies like Ripple. It can be considered that traditional institutions are very sensitive to technological changes, and their sensitivity to trial and error costs is lower than that of blockchain open source projects or some centralized operations. Therefore, the application of distributed ledgers in the banking system is more It may be drawn by a force from the top down.

– Consumers have been able to use Bitcoin on Amazon via Lightning Network (Source: Coindesk)

Details: According to Coindesk, consumers are now able to use Bitcoin to shop on e-commerce sites such as Amazon via Lightning.

TI analysis: The payment application layer continues to grow to promote the cryptocurrency as a means of payment. It needs to be clear that Amazon as an e-commerce platform itself does not directly interact with the Bitcoin blockchain or directly accept Bitcoin as a payment voucher. In fact, a startup called Moon, which is engaged in digital currency payments, provides a browser extension tool that allows users to use any wallet that supports Lightning Networks. However, Moon did not disclose the institution that provided the settlement of the legal currency behind the payment system.

Details: According to Crypto Globe, BTC has outperformed the Market Benchmark Index, the S&P 500 Index, and commodities such as gold and oil so far this year. According to financial data provided by Yahoo, bitcoin has increased by more than 45% so far this year, while the value of the S&P 500 has increased by nearly 17%. The Nasdaq index, which tracks the stock prices of giants such as Amazon, Facebook and Google, rose 21.3%. At the same time, DB Business Index Tracking Fund (DBC), including Invesco, rose 10.7%. It is reported that the fund is composed of commodities such as gold, corn, soybeans, sugar and gasoline.

– Bitcoin Mining is starting a new round of bidding (Source: CoinDesk)

Details: CoinDesk released on May 3rd that "Bitcoin Mining is starting a new round of bidding wars" article said that with the rising price of Bitcoin, the efficiency of second-hand mining equipment is getting higher and higher. The bull market that started in mid-April made the miners operate more profitably, so the mining machine is more valuable.

TI analysis: The price of the currency has risen, and the price of the mining machine and the sales volume have risen. Since April, BTC prices have picked up, which coincides with the decline in electricity prices during the wet season, and mining seems to be profitable. There are many uncertain factors in mining, including electricity cost, operation and maintenance cost, power compliance and stability, sales of manufacturers' mining machines and difficulty. Every point is enough to “kill” miners.

How does the blockchain land in various industries? What are the specific applications? The 2019 Global Blockchain (Hangzhou) Summit Forum takes you into the commercial age to see how the blockchain can be attached to the real economy. Countdown to 10 days, now buy tickets reduced by 200, click to buy tickets: https://www.huodongxing.com/event/4484913596500