Since 2019, bitcoin has risen sharply, with a cumulative increase of more than 40%, approaching the pressure of 6,000 US dollars. Many investors have exclaimed that "the cow is coming"; but some analysts said that this is just a wave of bottoming out. Is not sustainable.

Gikee analyzes the data from the chain. Is the second round of bitcoin rebounding a "real cow" or a "fake cow"? 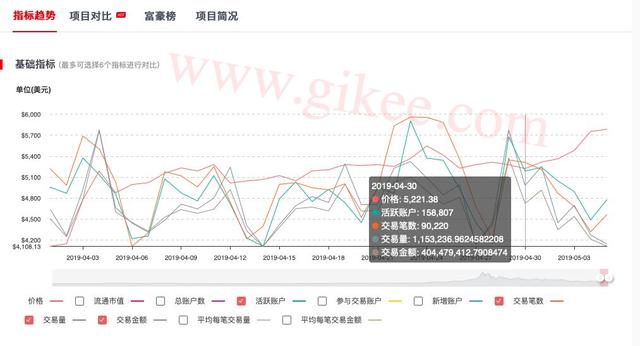 On the whole, the price of bitcoin has risen sharply this month. At the same time, the data on the chain, including the number of accounts and the transaction amount, have seen a large increase in the chain, and the computing power has also increased significantly. The overall data matches the price .

However, compared with last year's data, there is still a big gap, indicating that there is a big gap between the activity and the bull market . It is necessary to continue observation to confirm whether the "bull market" is really coming. In the investment strategy, we must remain cautious.

In the long run, Bitcoin is booming, the number of accounts is growing, and the activity is constantly improving. Many indicators are close to the level of the bull market, and the market outlook is expected.